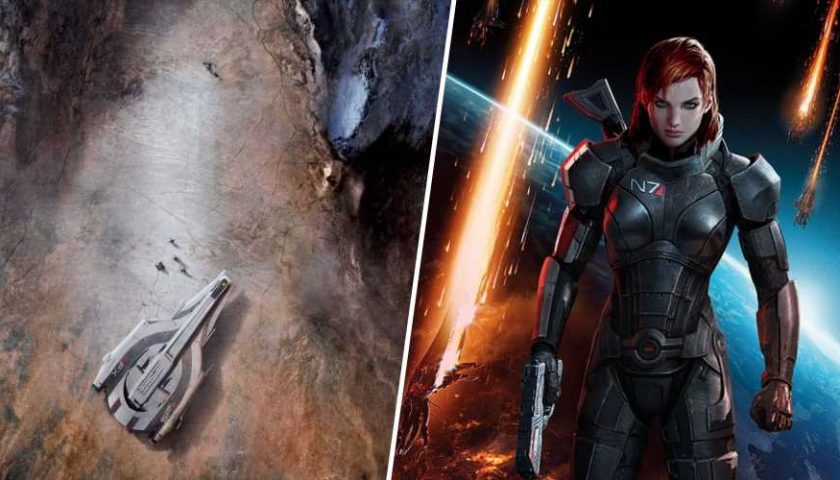 Mass Effect 3's ending is probably one of the most controversial to date, with developer BioWare going back to tweak the game's three endings and adding a fourth after the game launched to satisfy those unhappy. Ever since its release, fans have argued which ending is actually canon, with each of the game's four endings having radically different impacts on the galaxy. Whichever ending you think is more appropriate, it turns out the canon ending could be one in which Shepard is still alive.

First spotted by YouTuber MrHulthen (thanks VGC), a new N7 Day lithograph for Mass Effect 4 was recently revealed, although the lithograph's description was quickly changed after the previous description insinuated that Commander Shepard is alive and well.

"Shepard's final quest may have ended the threat of the Reapers but at great cost including Earth itself," read the description. "While Shepard and the survivors are left to pick up the pieces, fans are left wondering what's next." The description has since been changed to remove any mention of Commander Shepard, but it does make you question whether this was an genuine oversight or an accidental hint that they might return.

Fans of Mass Effect will know that none of Mass Effect 3's endings really have Shepard walking away unscathed. In fact, the only two endings that don't have Shepard completely disintegrated are the "Destroy" ending and the DLC ending that lets players refuse to pick any of the three options given to them. Shepard's survival is teased at the end of the "Destroy" ending as his body can be seen twitching in a pile of rubble, so it's possible BioWare could be using this ending as a platform for Mass Effect 4.

It would kind of be the only one that made sense to continue from. Both "Control" and "Synthesis" bring peace to the galaxy at the expense of Shepard's life, so following on from both of these endings would make Shepard's return pretty much impossible.

Unfortunately, it's going to be a little while before we get to see what's next for the Mass Effect universe as BioWare recently explained that Mass Effect 4 is only "in early development" at the moment, with the developer promises future updates down the line.