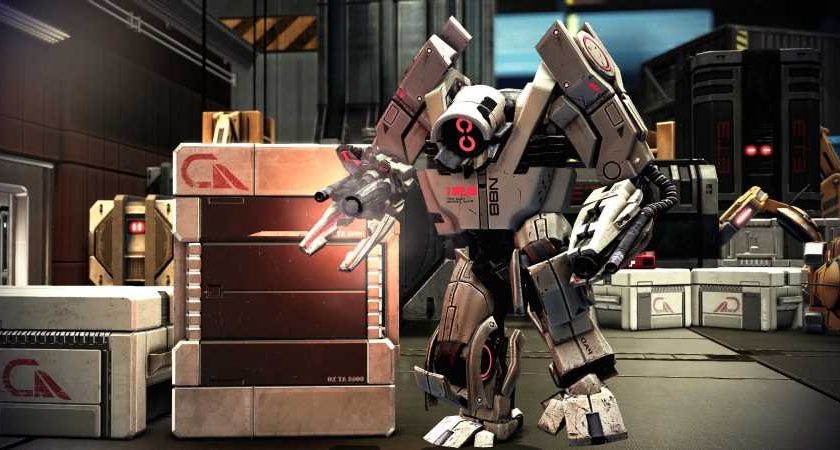 Found Forged ID is one of the more abrupt side quests in Mass Effect 2, in that you acquire it the wrong way around. That is to say, you will find the ID before you get a use for it, as opposed to finding someone who needs an ID and then making it your absolute priority to find them one, even as the Collectors lurk in the shadows. You can actually find the people who need it first, but in that case, the quest is known as False Positives. In both cases, the mission works the same way.

Found Forged ID begins during Garrus’ loyalty mission. In Harkin’s hideout, towards the end of the mission you’ll come to a small hut in the main warehouse, just before fighting the two big mechs. On the right hand side, there’s an ID on the table. Pick it up, and the mission will appear in your Journal. Alternatively, on the west of Level 27 in the Citadel you’ll hear two asari talking about needing IDs to leave the Citadel. If you overhear them before picking up the ID, then it appears as False Positives. Whichever way around you do it, the mission works the same way.

You will need to have completed Thane’s loyalty mission, as the asari do not appear until you have. They’ll be on a sofa near the stairs to Level 26, beneath the Level 27 sign. If you have the fake IDs the first time you talk to them, you’ll simply be able to hand them over. This completes the mission and gives you five Renegade points.

If you don’t have the fake IDs at this point, and have not completed Garrus’ loyalty mission, just do the mission and before the mechs, grab the IDs. Then talk to them just as directed above. However, if you either have doen Garrus’ mission and missed the IDs or simply don’t want to do the Renegade option, you can go and talk to C-Sec Customs – this is the place you dock at when you arrive on the Citadel. You can convince the customs officer to let the asari leave, either by having high enough Renegade or Paragon points, or by using your Spectre status. For this third option, you need to have previously spoken to the Council on the Presidium and successfully convinced them to grant you the rank of Spectre once more.

However you do it, you’ll need to then return to the asari where you left them and tell them they are free to leave. This completes the mission and gives two Paragon points.

A final option is to fail the mission. If you killed the Council in the first Mass Effect game, the asari will be rude to you and hostile towards humans in general. In this case, the Renegade response will end the mission in failure as Shepard argues back. However, you can later apologise and the mission will reopen.

Whether you complete it via the fake IDs or through negotiation, you will get 1,000 credits and 40 XP points for the mission.