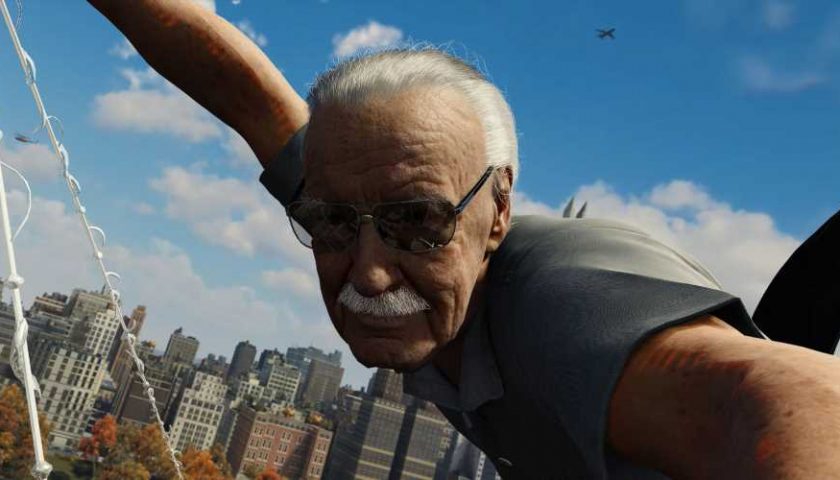 Marvel's Spider-Man has been out on PC for a little while now and if there's anything you can rely on when a PlayStation exclusives makes the jump to PC, it's that incredible mods aren't too far behind. Modders have managed to let players control pretty much anyone you can think, letting you take to the streets of New York as Mary Jane, Black Cat, Kingpin, and even Uncle Ben's grave. However, there's a new hero in town now, and his name is Spider-Stan.

Uploaded to Nexus Mods by creator tiffsomniac (thanks, GameSpot), you can now beat up bad guys and take down villains as legendary icon Stan Lee. To do so, all you need is to download the files from Nexus Mods, which will replace the Spider-Clan suit in the game with a Stan Lee skin looking all dapper in a lovely black tuxedo.

If you want to see a demonstration of the mod before suiting up as Stan yourself, YouTuber Dracul has uploaded a short gameplay video that you can check out below. As you can see, the mod isn't flawless, as Stan's arms are about a third longer than they actually should be. Nevertheless, it's fun to see him zipping across the rooftops just like the character he created.

But while Marvel's Spider-Man's release on PC has brought some stupid mods to play about with, it's also caused controversy for Nexus Mods. The site recently banned a mod and its creator for replacing all of the game's pride flags with US flags instead, causing many to criticise Nexus Mods as a result. However, site owner Robin Scott has fired back, claiming that the site's new policy is to ban any mod that is "against inclusivity," telling users upset with this change to delete their accounts.

It's the kind of bold, no-nonsense messaging we like to see, and if you want to stick it to the homophobes even more, there's now a mod that adds even more pride flags to the game.