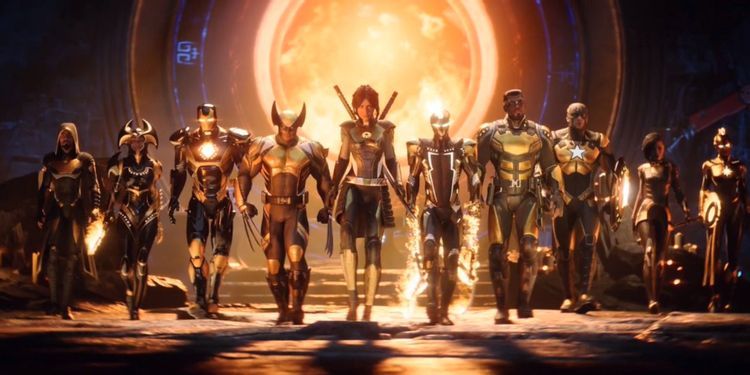 We got another showing of Marvel's Midnight Suns at Summer Game Fest, where we learned that the last two heroes to join the roster are Spider-Man and Scarlet Witch. But it's not only the heroes who received reinforcements, so did Lilith. Demonic versions of Venom and the Hulk will aid her in her mission. While fans were excited about the inclusion of these new characters, a certain exclusion left them worried.

While new characters were added to the game, some fans noticed that the Nintendo Switch logo was missing from the end-slate of the trailer. This caused a number of people to wonder whether the Switch version of the game was coming at all. However, a press release by 2K has cleared everything up and confirmed that the Switch version will be "available at a later date."

“We're thrilled to invite players into the darker, supernatural side of Marvel," said Bill Rosemann, vice president and creative director of Marvel Games. “In Marvel’s Midnight Suns, our friends at Firaxis and 2K have created an incredibly unique and totally authentic Marvel experience that fans can leap into this October!"

Unlike the case of Marvel's Avengers, Firaxis didn't seem to have any trouble with including Spider-Man or making him available on all platforms for Midnight Suns. If you recall, when Spidey came to Crystal Dynamics' game, he was only available on the PlayStation version due to certain licensing issues. However that was not the case for Firaxis, confirmed creative director, Jake Solomon.

“He’ll be on Xbox, there’s no problem with that,” said Solomon. “It’s fun being the first game that’s doing that for a while. Spidey was always a character on the roster and we never got any pushback in any form from Marvel."

He went on to reveal that Spider-man's inclusion was not because of how popular he is, but the initial blot actually warranted his arrival. "I love dark storylines, but you’ve got to add jokes, so Spidey was on the very first list of characters and Marvel was like ‘great’, I never had any inkling that Spidey would be a problem.”