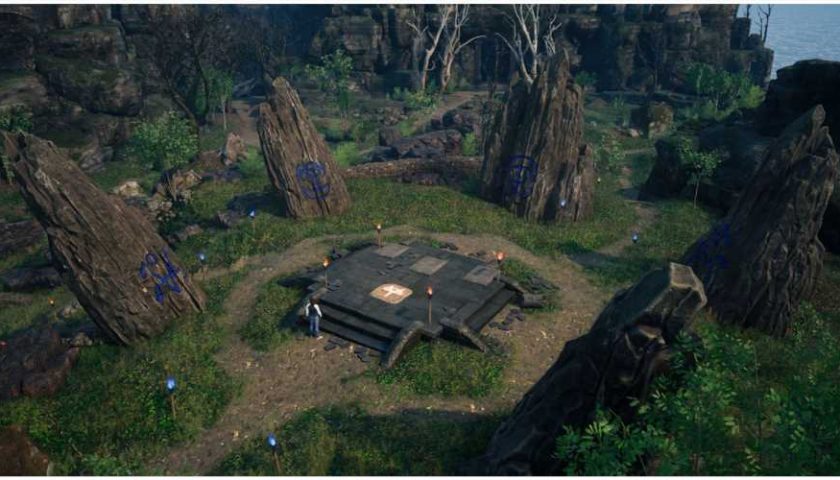 While there’s a lot of XCOM-style turn-based combat in Marvel’s Midnight Suns, it is very much a game of two halves. While you can largely ignore the grounds of the Abbey if you choose to, there’s a lot to be said for exploring its secrets. There are many mysteries to be solved, as well as rewards to be had.

You’ll start to find Arcane Keys, which can in turn be used to open Arcane Chests. These come in a variety of rarities, from Common up to Legendary. The latter gives the best chance of finding the greatest rewards, and completing the Standing Stones Mystery will result in three Legendary Arcane Chests for you to open up. 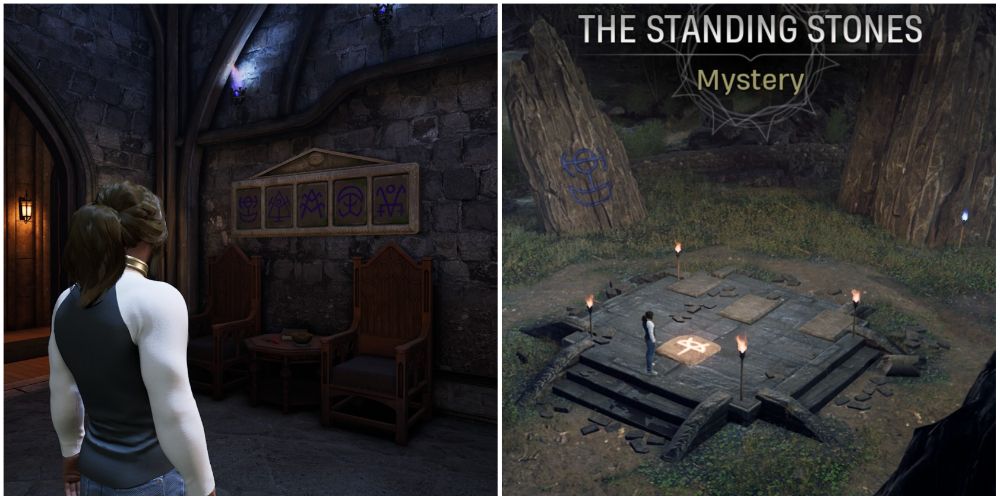 The first thing you need to do is complete the challenge to receive the second Word of Power, Reveal. Once you have it, go to the center of the gray stone flooring between the Standing Stones, where a symbol that matches the Reveal symbol is painted in black on a stone. Use the Word, and the symbol will disappear from the ground. Each of the five standing stones will now reveal a symbol, and the Standing Stones Mystery will begin.

Now go to the Chapel at the southern end of the Abbey. On the wall, above two ornate wooden chairs and a table, you’ll see a series of five symbols that match those that have now appeared on the Standing Stones. Jot them down, left to right, and head back to the Standing Stones. Touch the stones in the correct order, and the symbols will light up one by one. Once you have touched all five in the correct order, the first of the three Legendary Arcane Chests will appear.

You should use the Legendary Arcane Chest right away. Each chest will refill with items over time, so the sooner you use one the quicker it will refill with more loot. It’s best to save your Arcane Keys for Epic and Legendary chests because increasing your Arcane Level will eventually mean you can open the less rare chests without needing keys. Common Arcane Chests can be opened without a key at Arcane Level Four, and Rare Arcane Chests at Level Five. 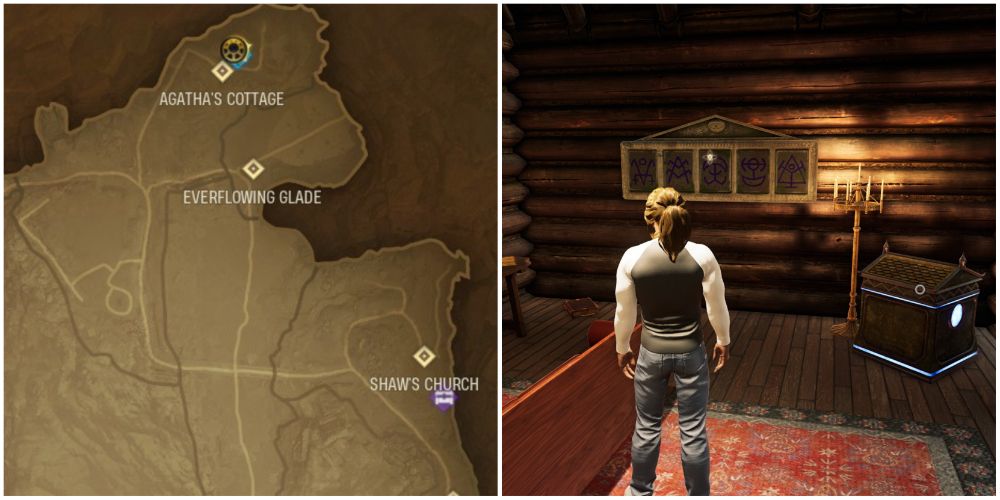 You can also open up the second chest at this point, but you’ll need to go to Agatha’s House to find the second code. From the Valley of the Winds, follow the path northwest and take the left fork, going west across the collapsed bridge (you can now repair it with Word of Power Reveal). Keep following the path as it turns north, and then begins to turn east near the top of the map.

Take the right-hand turn here which means you keep heading north, up to a wall you can remove with Word of Power Open. Follow the path north up the steps until you come to a wooden cabin, which you find out was Agatha’s house. Inside, on the wall on the right, you’ll find the second code. Note it down and return to Standing Stones. Enter it the exact same way you did the first, and the second Legendary Arcane Chest will appear. 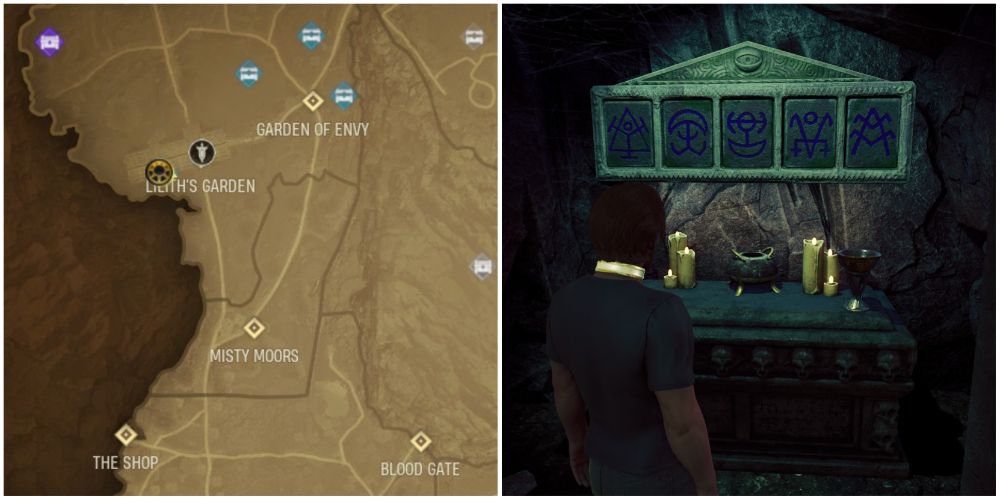 You won’t be able to gain access to the third and final code until you have collected all four Words of Power. Once you have the final one, from Set, fast-travel to Lilith’s Garden and continue the main quest by talking with Agatha. She will reveal that your mother, Lilith, had a secret chamber beneath the Greenhouse. Use Word of Power Break on the wall at the west end of the Greenhouse, then use the ladder on the other side to go down to the basement below.

In the basement, you’ll be facing a gnarled tree on the ground and a raised stone dais just beyond it. Walk past them both and use your Words of Power to remove the stone blocking the archway on the back wall. On the other side, you’ll discover a now familiar series of symbols. Jot them down and return once more to the Standing Stones. Once there, touch the stones in the correct order to reveal the third and final Legendary Arcane Chest and also complete the Standing Stones Mystery. You’ll get a random reward for completing the mystery, as well as for opening the final chest. 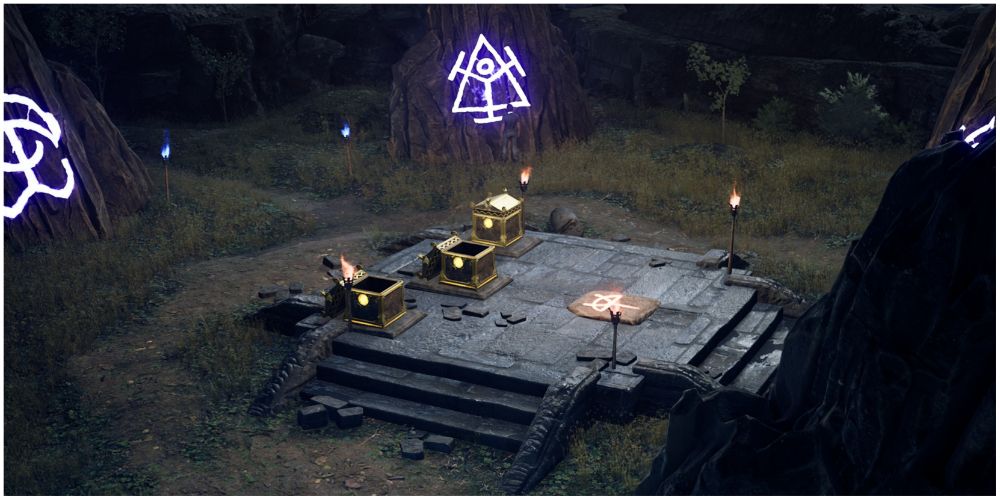 As mentioned above, chests become available to open again over time. It’s easy to miss, but you can see this on your map of the grounds. When available again, the chest lid will appear closed on the map view and its coloring will appear slightly brighter than same-tier unavailable chests.