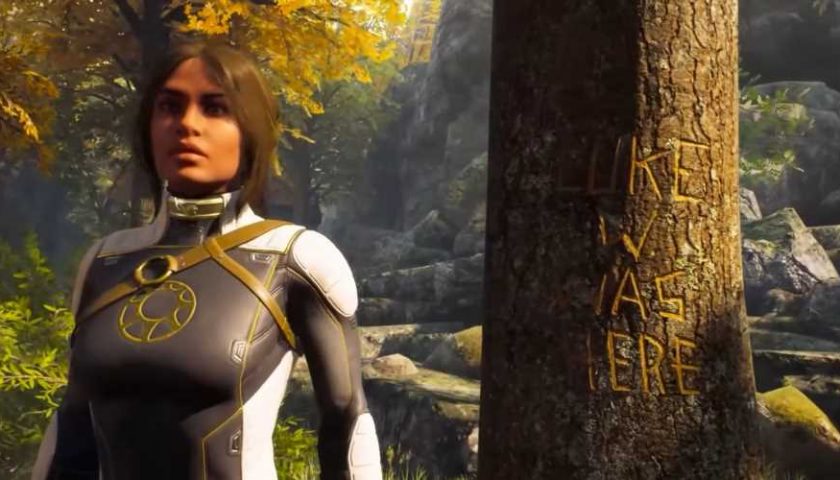 Marvel's Midnight Suns arrives tomorrow, and it's apparently pretty good. Our own Eric Switzer gave the game high marks for its fusion of tactics and life-sim gameplay set in the Marvel universe. "In a sea of blockbuster open-world and third-person action games, it was a delight to play something so clearly driven by passion for these characters and this kind of gameplay."

Eric got to play Midnight Suns a few weeks earlier than the rest of us, but there's one Marvel fan who got to play the game over a year in advance. His name was Luke Wiltshire, and as reported by GamesIndustry.biz, eagle-eyed players can spot a touching tribute to Luke on the grounds of the Abbey.

Luke was diagnosed with neuroblastoma–a terrible form of nerve cancer–at age 14. After nine years of treatment, Luke's doctors exhausted all options available and placed him on end-of-life care. During all that time, Marvel and video games were the things that brought Luke the most joy, and so, with less than a year left, Luke gave his family a bucket list with three items on it. First was a puppy to give his mother something to take care of when he's gone. Second was a hog roast, and the third was to play Marvel's Midnight Suns.

That third one was going to be tricky. The game was still more than a year from release and Luke didn't have that much time left. The other problem was that developer Firaxis Games is in Maryland while Luke was in the UK.

But making miracles happen is the job of Solving Kids' Cancer, the UK charity Luke had been matched with throughout his journey. Luke's sister Claire reached out to Solving Kid's Cancer CEO Gail Jackson, who put out a call for help on LinkedIn. This eventually got messages from Disney, then publisher 2K's social team, and finally Firaxis and Marvel. In a herculean effort, Firaxis cobbled together a functioning game build to send to Luke in just 24 hours.

2K social manager Asim Tanvir then brought Luke a gaming laptop with Marvel's Midnight Suns installed. When he arrived at Luke's home on the UK, Luke burst into tears before he got down to playing.

In addition to playing perhaps the earliest build of Marvel's Midnight Suns ever made, Luke was also credited as a design consultant, had a video conference call with 2K, Firaxis, and Marvel developers, and was later immortalized with an engraving found in a tree that reads "Luke Was Here."