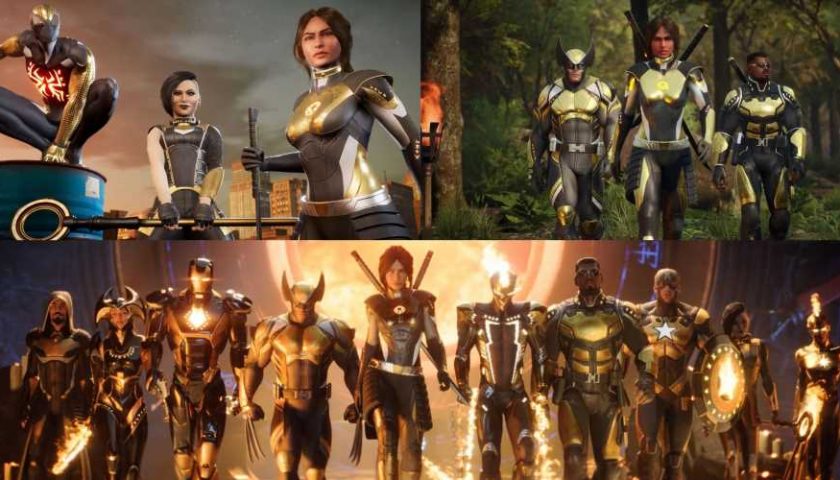 Marvel's Midnight Suns is packed to the brim with fascinating characters from its extensive and legendary history, allowing you to build teams of your favorite heroes to use their unique decks and combat system to dominate your opponents. While not every character that we'd love to see is present, who happened to make the cut is more than enough to cover your bases.

As expected, mixing and matching these powerful superheroes together is a core element of the game, allowing you to build creative and devastating decks to give yourself a significant advantage in battle. Even with some characters being much stronger than others, some thrive and perform much better when paired with specific heroes, as they can get better use out of their abilities. 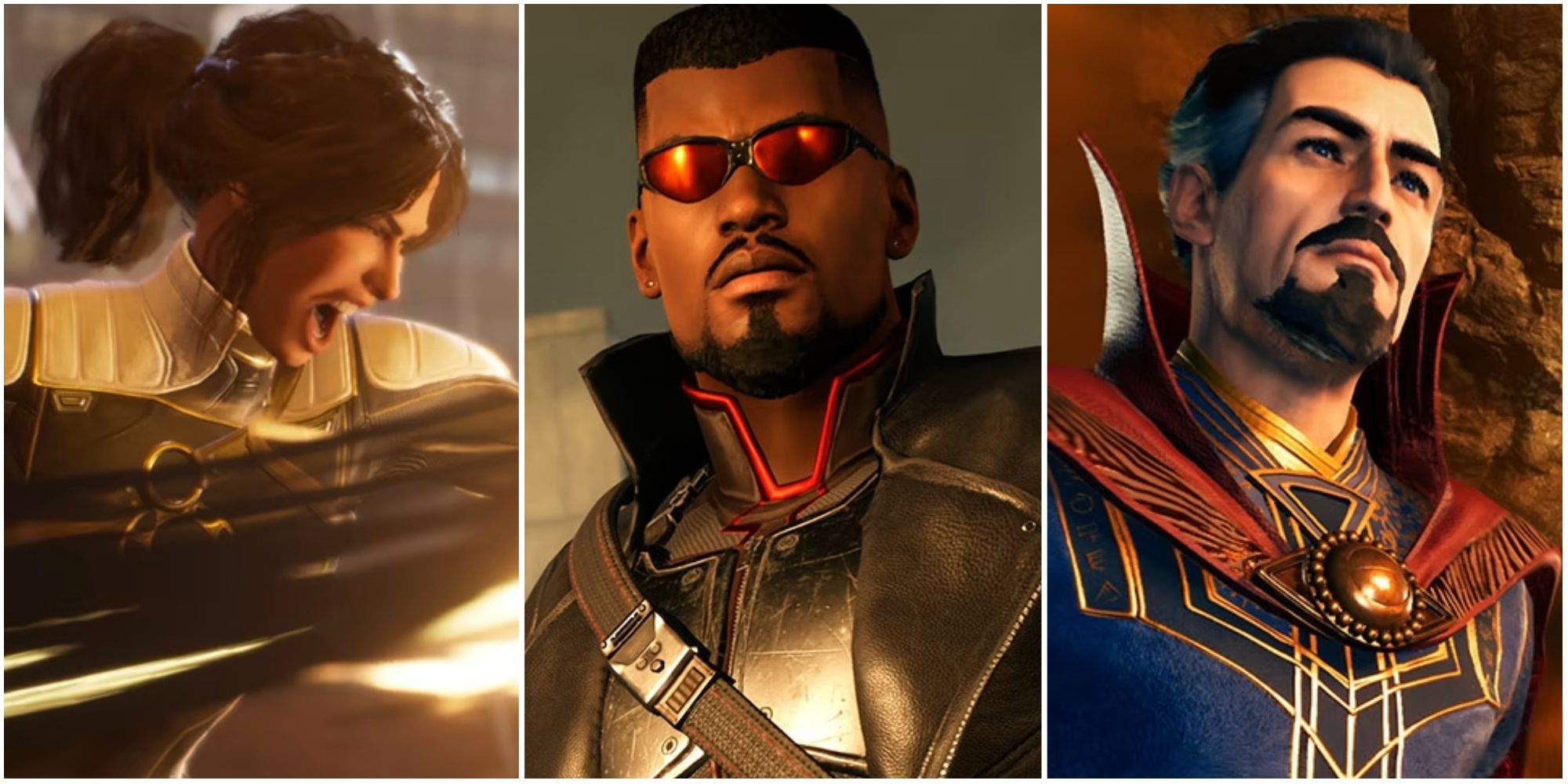 There are many things in Midnight Suns for beginners to keep track of, with Team Synergies being among one of them. While your options are limited at the beginning of your journey, you can create a decent team composition with good synergies if you know what you're looking for. We recommend using The Hunter, Blade, and Doctor Strange any chance you get in the game's early goings.

While lacking in defensive properties, these three heroes work well together for many reasons, the most crucial being their ability to draw more cards to your hand, deal substantial damage, and even knock back most enemies. The only time this team really struggles is against heavily armored enemies, which you will need to substitute Magik in for The Hunter, as she can knock heavy enemies back. 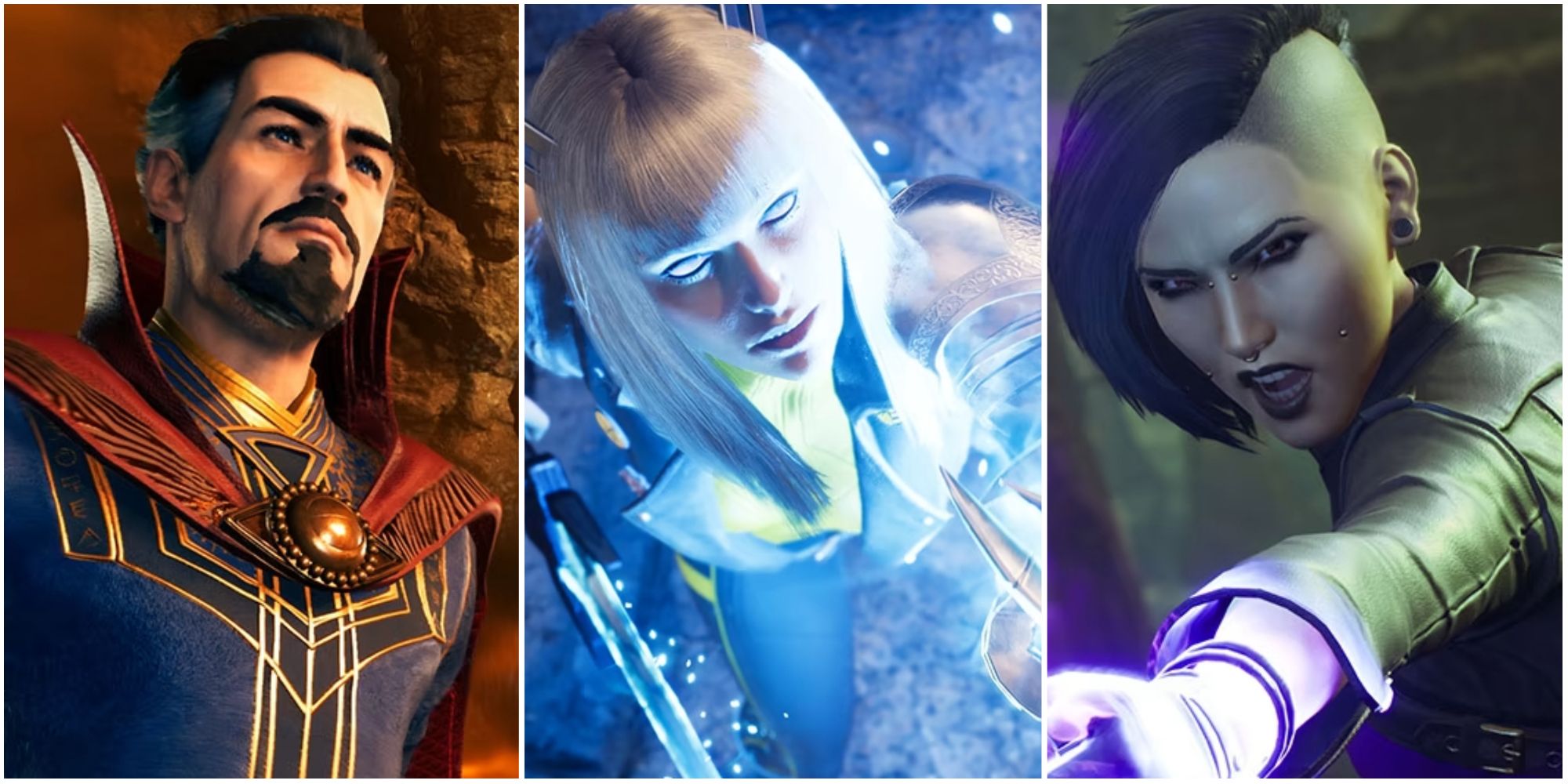 If you were wondering if an all-Sourcerers build can work in Midnight Suns, the answer is "yes," especially when considering that Doctor Strange and Magik may be the best overall heroes in the game. The amount of Status Effects you can apply on your targets with this composition is out of control and allows you to give yourself a significant advantage without really even trying.

Doctor Strange's ability to generate large amounts of Heroism helps bolster Magik and Sister Grimm's Cards, enabling them to deal an obscene amount of damage in a relatively short amount of time. The overall synergy philosophy here is to apply Status Effects, knock enemies through portals, and build up Heroism to overwhelm your opponents. 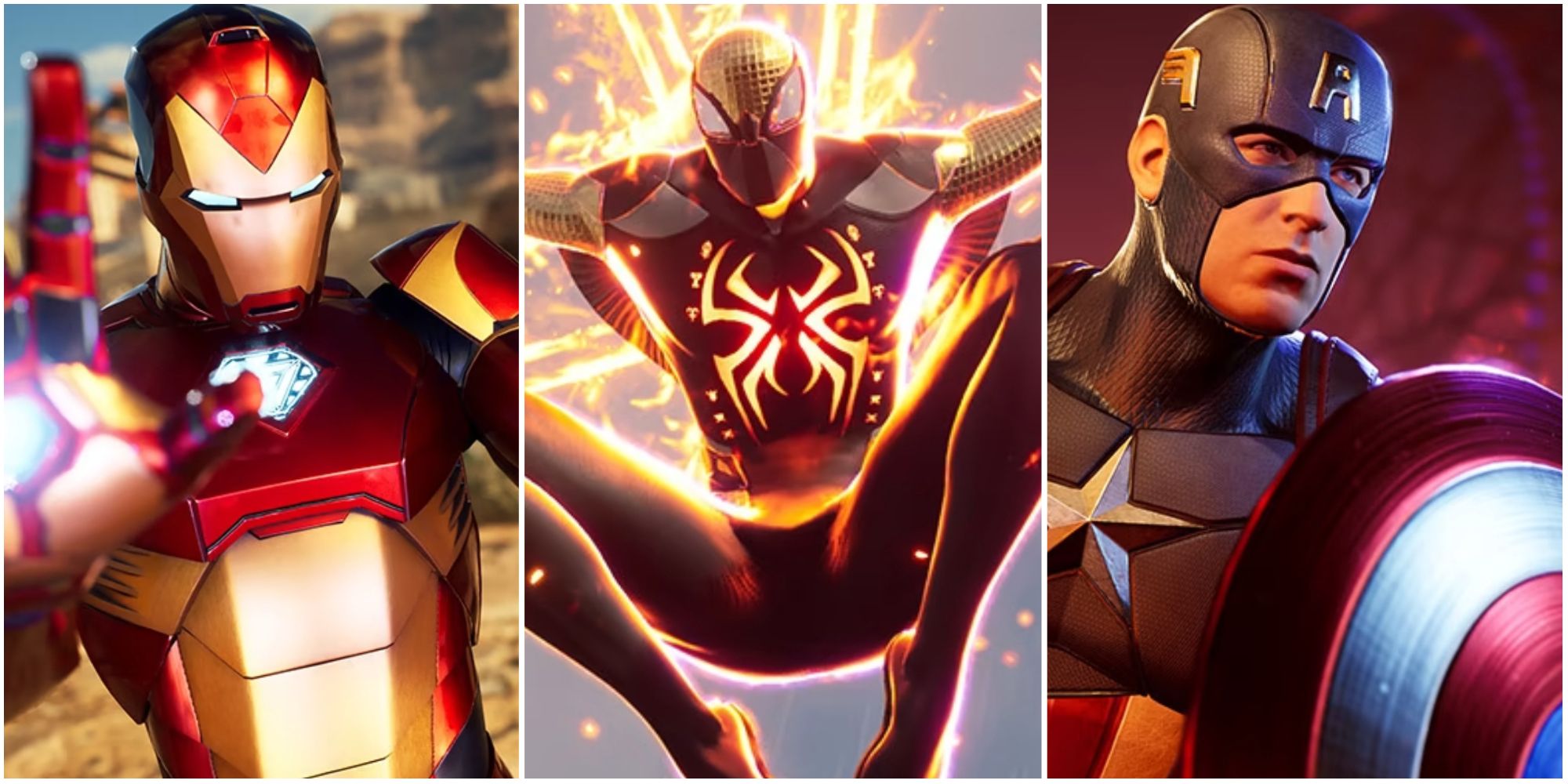 Speaking of Heroism, Iron Man, Spider-Man, and Captain America build one of the best teams around the concept of generating substantial amounts of Heroism for Iron Man to pop off and obliterate everyone and anything in his way. Spidey has a wide range of Chain Attacks and can attack swiftly and often, making him one of the best characters for building Heroism.

Iron Man, on the other hand, is an excellent character but thrives most with a large amount of Heroism to work with, which is why he and Spider-Man make a superb pairing together. Captain America is the odd one out, but we prefer him over most other heroes in this composition due to his fantastic ability to enhance Iron Man and Spidey's defense and offensive capabilities. However, if you want to build Synergy even faster, you could get away with swapping Cap for Doctor Strange, but you will lose quite a bit of defense and strength in return. 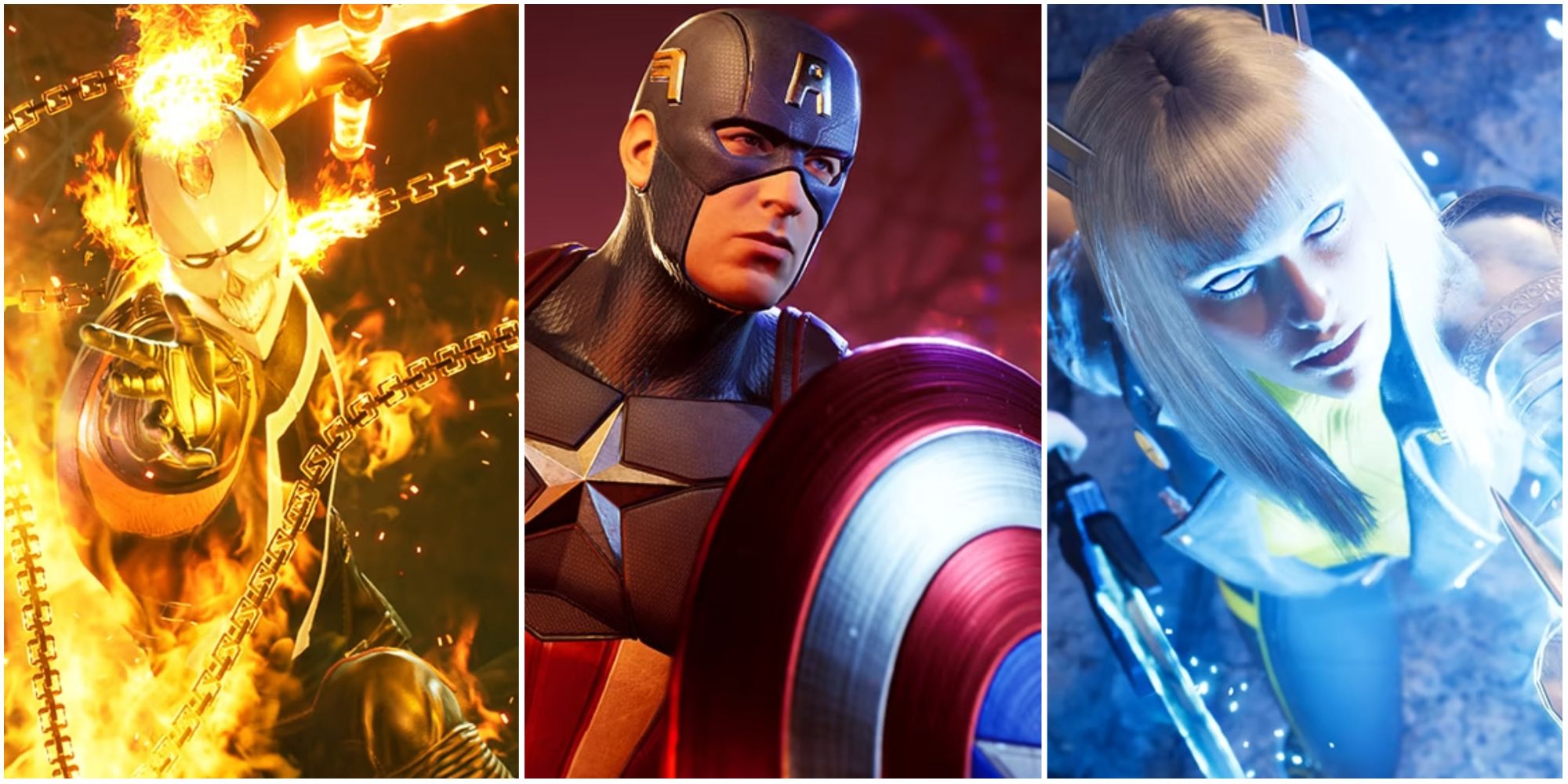 Having a balanced team composition is needed in some situations, as you will need great defense and also need to pack a punch to overcome your opposition. Luckily, for several reasons, when Ghost Rider, Captain America, and Magik team up, you will have one of the best all-rounder Synergies in the game.

Ghost Rider and Magik pair well together, thanks to Ghost Rider's ability to generate a realm straight to hell on the ground and Magik being able to knock them into it via her portals, making for an excellent tag team that is only bolstered thanks to Captain America's great buffs. Overall, this Synergy gives you a dynamic way to eliminate enemies while providing tremendous defense and strength. 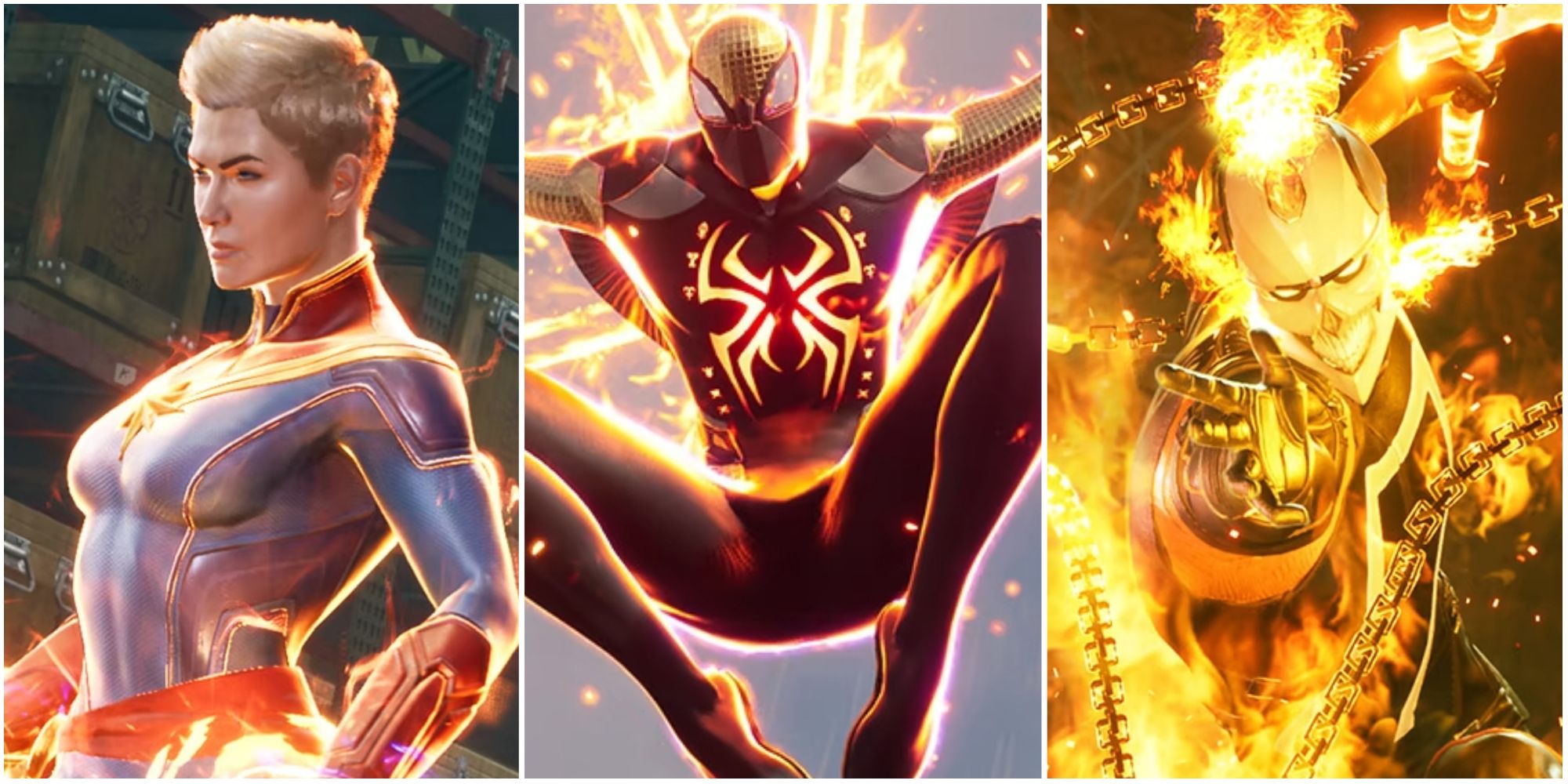 Looking to deal lots of damage? Then look no further than Captain Marvel, Spider-Man, and Ghost Rider, as they will get you the results you are looking for and then some. Though technically, you will get a bit more damage from Captain America, Captain Marvel's ability to draw aggro to allow Spidey and Ghost Rider to unleash a whirlwind of pain on the distracted enemies should not be overlooked.

Additionally, once Captain Marvel unlocks the ability to enact her "Go Binary" card, it's all over for the opponent, as she will become an unstoppable tank that can take even more hits, enabling her to continue drawing aggro. And, like before, Spidey is a Heroism generating machine and can deal a significant amount of damage, allowing Ghost Rider and Captain Marvel to reap the benefits and demolish the opposition. 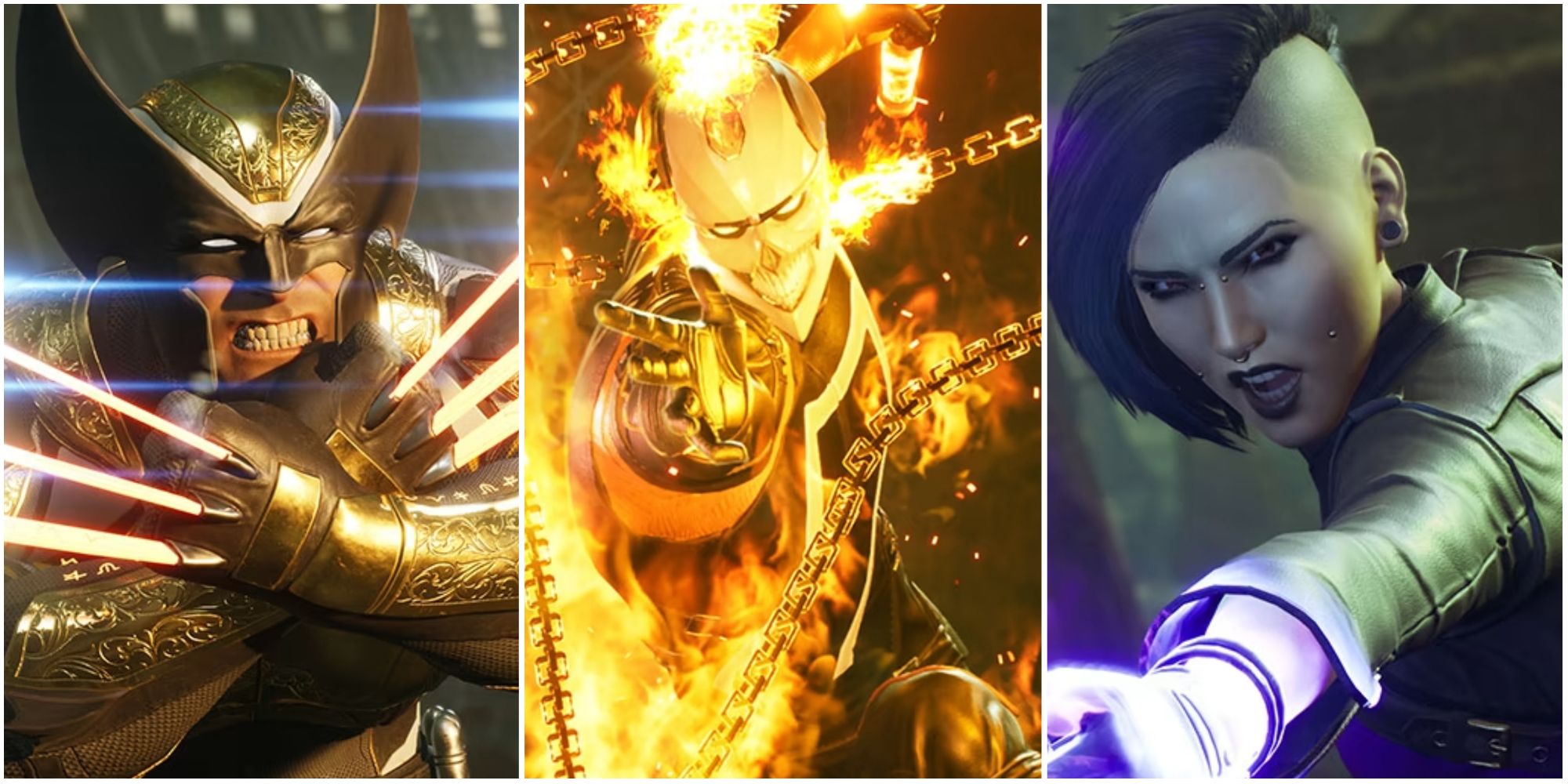 One of the most underutilized Synergies in Midnight Suns is focusing on Lifesteal's potential to create a team of hard-to-kill heroes that can tear their opponents apart. Wolverine, Ghost Rider, and Sister Grimm can team up to create a near-unstoppable squad thanks to their ability to use Lifesteal attacks or enhance their effects, which is surprisingly potent in action.

Sister Grimm can either Strengthen or use Blood Magic on her allies. Strengthen increases their overall damage output, while Blood Magic will heal them whenever they perform an attack, meaning Blood Magic can stack with Wolverine and Ghost Rider's Lifesteal cards, providing them with a substantial amount of healing, which both can use. Furthermore, using Strengthen can make Ghost Rider's damage output ridiculously strong, making them a fantastic composition in general.