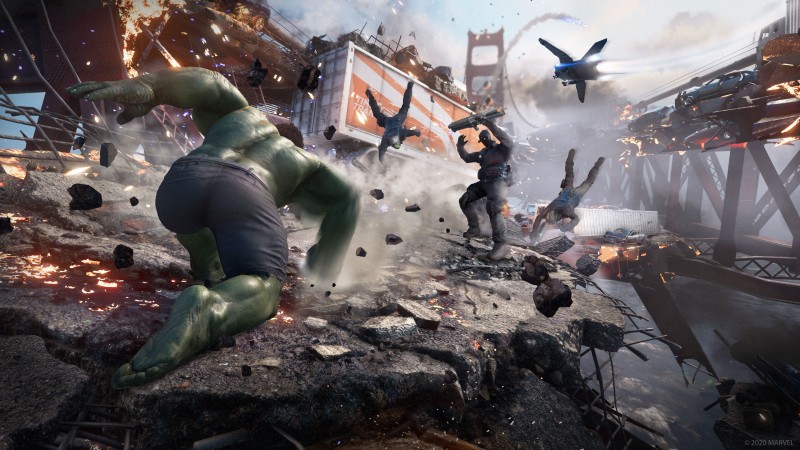 When Marvel’s Avengers was first unveiled, many were quick to point out that the characters and skins looked like knock-offs of the heroes’ counterparts in the wildly popular Marvel Cinematic Universe movies. Not only that, but the storyline’s setup followed similar beats to that of Avengers: Endgame, with the Avengers failing in a mission, followed by a jump ahead in time. When Crystal Dynamics announced that it was finally embracing the film side of the world of Marvel, fans were excited to equip the MCU looks of their favorite heroes. However, a tweet from the Marvel’s Avengers account resulted in some confusion among the fan base regarding how these skins can be obtained.

We’ll be introducing the Red Room Takeover event this spring!

In a tweet sent on March 26, 2021, the Marvel’s Avengers Twitter account talked about the upcoming Red Room Takeover event, which is set to happen this spring near the release of the Marvel Cinematic Universe’s Black Widow movie. In the tweet, the Marvel’s Avengers account says the event, “Features rewards like animated nameplates, outfits inspired by the Marvel Cinematic Universe, a deadly HARM Room hacked by Yelena Belova, and more secrets to decrypt.”

While you could certainly draw from that tweet that only the animated nameplates were rewards, the wording could lead players to believe the MCU outfits would be event rewards that are earnable through participating the event. In a subsequent tweet on March 29, seemingly in response to fan speculation that the skins would be earnable through the Red Room Takeover event, the Marvel’s Avengers account cleared up its messaging. “To clarify, the outfits inspired by the Marvel Cinematic Universe will be available exclusively in the Marketplace for purchase with credits,” the follow-up tweet said.

To clarify, the outfits inspired by the Marvel Cinematic Universe will be available exclusively in the Marketplace for purchase with credits.

It’s also worth pointing out that the announced MCU skin strategy doesn’t differ much from Marvel’s Avengers’ overall strategy that requires players to purchase the majority of skins they want using the game’s currency. The precedent is certainly there, but the original tweet’s wording could have definitely been better for clarity’s sake.

For more on Marvel’s Avengers, check out our interview with Crystal Dynamics about its 2021 content roadmap, as well as our discussion about what the team learned from the game’s rough launch.