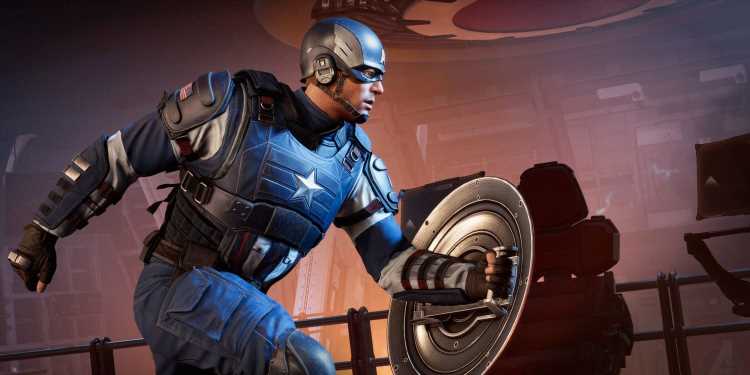 There are two things you should know if you're still playing Marvel's Avengers – there are other, better games out there, and also, the War Table is getting a big shake-up later this week. Square Enix has announced that the update coming to the game on March 24 will rework the War Table to make missions more streamlined, and bring Nick Fury back to the Helicarrier as a guide.

"One of the first major changes you’ll notice when interacting with the War Table on March 24 is that missions no longer change every 15 minutes," explains Square Enix. "Instead Drop Zones and Threat Sectors appear on the War Table at all times, and HIVES will appear once you have reached a power level comparable to the range of the region it is found in. Each region now has a minimum power level and a suggested max power level; moving on at the suggested max power level will take you on a tour from region to region as your strength increases."

HARM Rooms have also seen a change. Individual Hero versions will now support a minimum Power Level of 1, and the rotation will also see a few changes. Wasteland and Wakanda Threat Sectors have replaced Flashback Missions which ended in boss-fights. This ensures no Flashback Mission concludes with a Villain Sector boss fight.

Along with all these changes, the War Table will also feature new missions, including a new Vault and a Villain Sector.

It says a lot when the last news story we covered was back in January, and it was about the dwindling player count. Players shared their frustration with the matchmaking, referring to it as "so bad it's probably turning away customers" and "rock bottom for the game since launch." According to SteamDB, the daily peak-concurrent player count barely crosses 500 on an average.