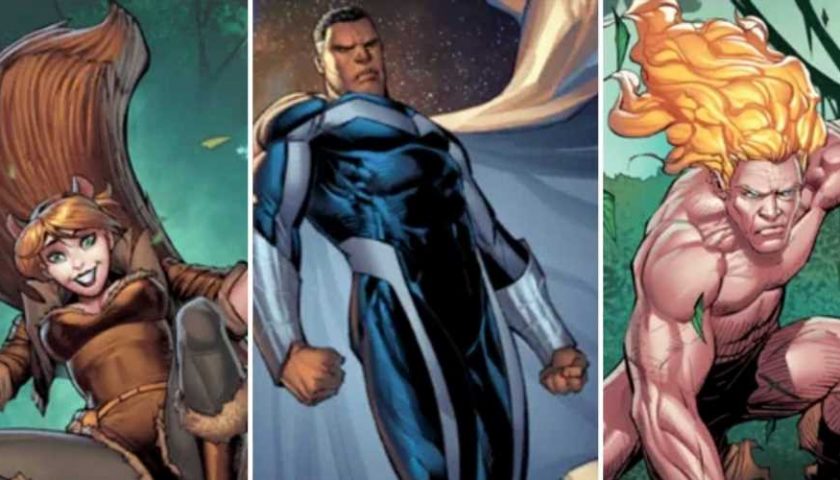 I think TheGamer has published more features about mobile games over the past few weeks than the past year put together. While I regularly update you dear readers about my latest Pokemon Go exploits and fellow Features Editor Eric Switzer is always on top of the latest mobile trend, for the most part we talk about Pokemon, Apex, and more Pokemon. He’s also the man who got us all into Marvel Snap, and therefore at fault for all the articles we’re writing about it.

He’s also responsible for teaching me about the one-cost meta, a cheap and easy way for new players to get an overpowered deck (you can find it here). Unsurprisingly, it focuses on flooding the board with one-cost cards and then buffing them with the likes of Ka-Zar and Blue Marvel. It’s a powerful deck that you can make with easily available cards, and I’m glad new players can quickly create powerful combos. But when it’s the only option, it quickly gets boring.

I played this deck for a while and had a ridiculous win rate. I was likely playing bots for some of that, sure, but even when I was against real players I was winning easily. Not only were the wins easy, they were dull. There’s no strategy, just play as many cards as you can before finishing with Ka-Zar then Blue Marvel. Onslaught on the final turn is a bonus, too.

As a brief aside, the one broken interaction with Nightcrawler, Blue Marvel, and Onslaught in the Bar Sinister location needs an actual, proper nerf because of how quickly you can build up thousands of damage on one-cost cards across all three locations.

The one-cost swarm strategy is boring to play and boring to face, but nerfing it could impact new players. I don’t want to advocate for making players work harder to craft a well-rounded deck, especially at the start of their Snap career, but other strategies should be viable too. I’m currently playing a movement deck, and have recently trialled a self-destruction deck, too. My win rate is lower than when I unleash the Ka-Zoo, but I’m having lots more fun and actually thinking about my plays. But my decks are far from ideal.

I’m playing movement without Vulture or Cloak from Pool 2, and Human Torch and Captain Marvel from Pool 3. I understand why Marvel Snap utilises the pool system, to lock better cards behind progression tiers and ensure that luck doesn’t play as big a role in deckbuilding as it could, but as it stands there’s really only one viable strategy for the first 200 levels. You can’t even pick up Killmonger, who directly counters this deck, until Pool 2.

Instead of nerfing the one-cost cards, something like Ka-Zar could be shuffled back into Pool 2. Or, more strategies could be made more viable in Pool 1 by bringing Vulture into Pool 1 for movement decks. Another thought I’ve had is buffing destruction decks. In other card games – I’m talking specifically about Yu-Gi-Oh and Pokemon here – if you discard a card from your hand, you can pick which card it is. There’s nothing worse than playing a Sword Master, only for it to discard my Carnage instead of the perfectly good Wolverine, or better still, Apocalypse that would be played or buffed with a discard. It’s incredibly hard to build a synergised discard deck with that level of RNG.

Whether it’s by buffing other decks or reducing the number of powerful one-cost buffs in Pool 1, something needs to be done to diversify Marvel Snap’s matches. The worst fate for a game like this is that it gets stale, and while I’m drawing from Pool 2 now, until I find Killmonger, I’m stuck playing against boring opponents with boring decks.