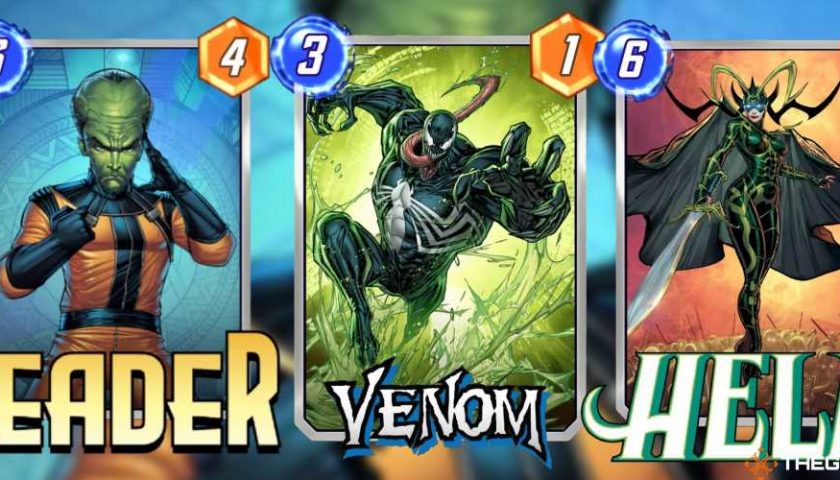 Part of the fun of licensed games is the things you pick up from the source material or other adaptions. In Marvel Snap, there are loads of characters that fans will know, but there are also some they might never have heard of before picking up the card game. It is a great way to discover new characters or get excited when you earn a favorite character.

While it has plenty of heroes, the villain cards in Marvel Snap are a major highlight. You can wreak havoc with Doctor Doom's DoomBots or snap people out of existence with Thanos and his collection of Infinity Stones. The game is in its infancy, and yet we have so many baddies to play against our foes to skyrocket up those ranks. 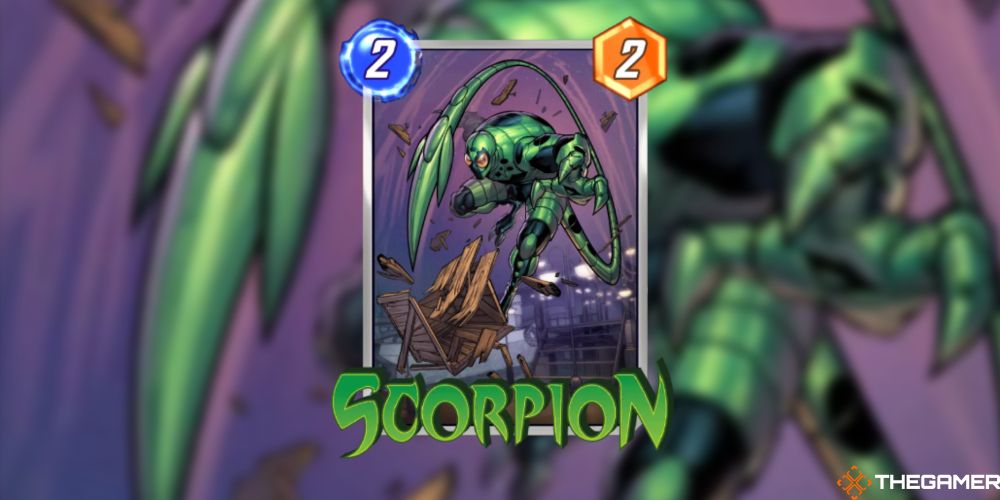 Spider-Man villain Scorpion is one of the better-known antagonists of the neighborly superhero. Depending on your deck build and the opponent's, he can make quite the impact at any point you decide to play him due to his low cost and On Reveal ability.

The two-cost, two-powered villain card reduces cards in your opponent's hand by one. If they have lower-powered cards, then that can make them useless by putting them at zero or in the negatives. If you pair that with Odin or locations like Kamar-Taj or duplicate him at Bar Sinister, then their numbers are going to take a significant hit. 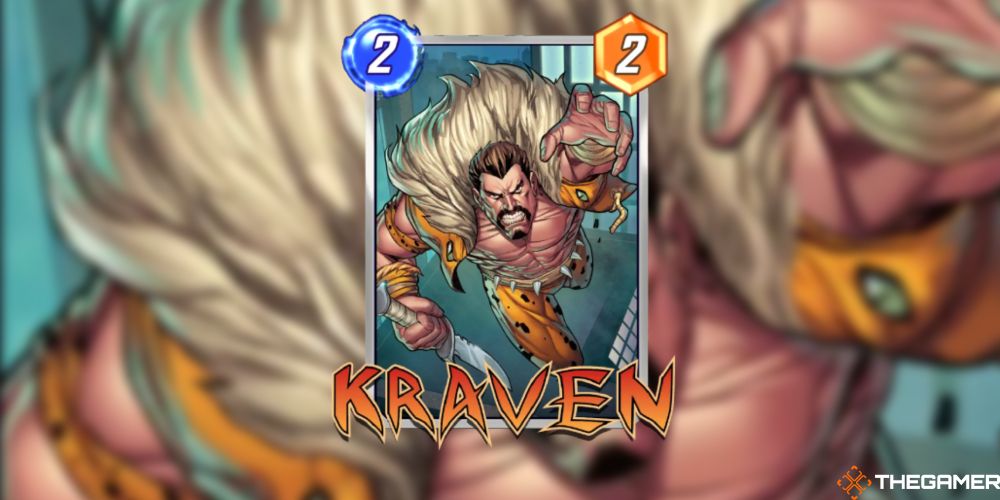 No card is universal in Marvel Snap, and Kraven is built for move decks. Between him costing two energy and his ability to increase his power by two every time a card moves to his location, it makes him one powerful card to have in your arsenal.

Counters are always there for most cards. Kraven requires your enemies to get creative as he is not an Ongoing villain card, so you can't stop him with Enchantress. If someone is not prepared for Kraven, and you know how to move your cards around to continue powering him up, he can be a mighty foe. 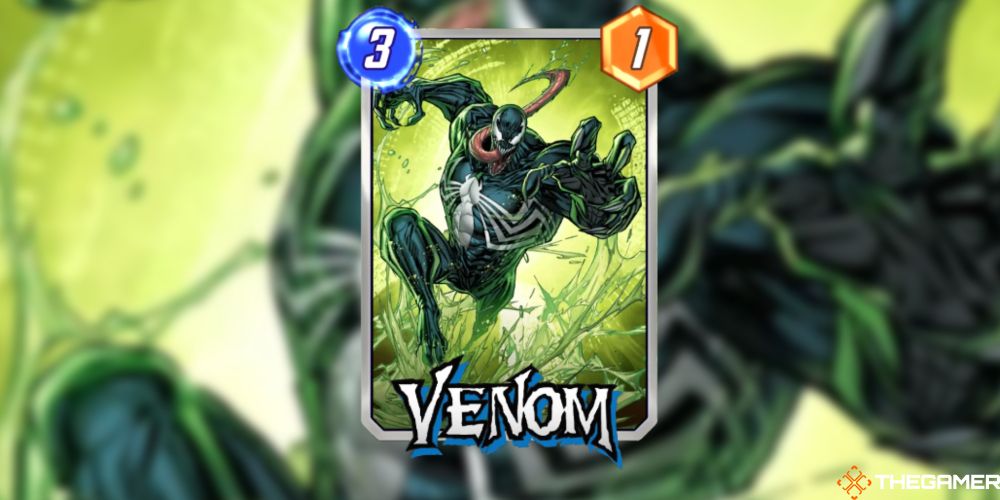 Carnage can eat cards for an additional two power; if you know how to use him, you can get that number up or accompany him with someone like Bucky Barnes for a Carnage-Winter Soldier combo. Venom is another symbiote who can get a power that towers over his red counterpart as he adds the power of those he eats to his, which starts at one.

Save Venom for hefty cards you are willing to sacrifice. Put together high-powered, no-effect cards like Abomination to make for a beefy Venom to dominate a location. You can also keep killing Deadpool, and once he is at high power, feed him to the symbiote for a tasty snack. 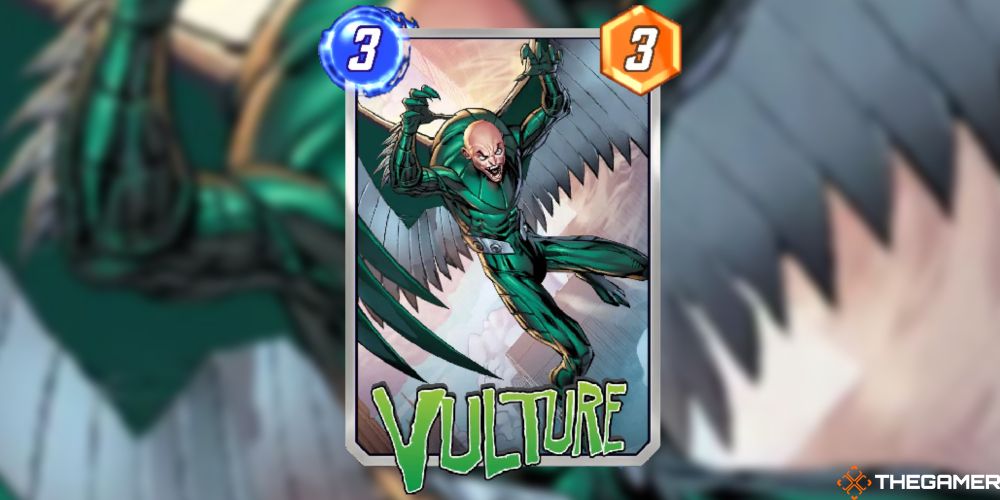 Another one for you move players, Vulture is hard to go wrong with. This three-cost, three-powered villain gains five power every time he moves. Get him moving a couple of times, and he can be unstoppable (unless Shang-Chi blasts him to dust).

Vulture is a must-have for move players. Punch him in one direction with Iron Fist, teleport him with Doctor Strange, and push him with Heimdall; then you will have at least 18 power, unless you find more ways to get him traveling across more locations than that. 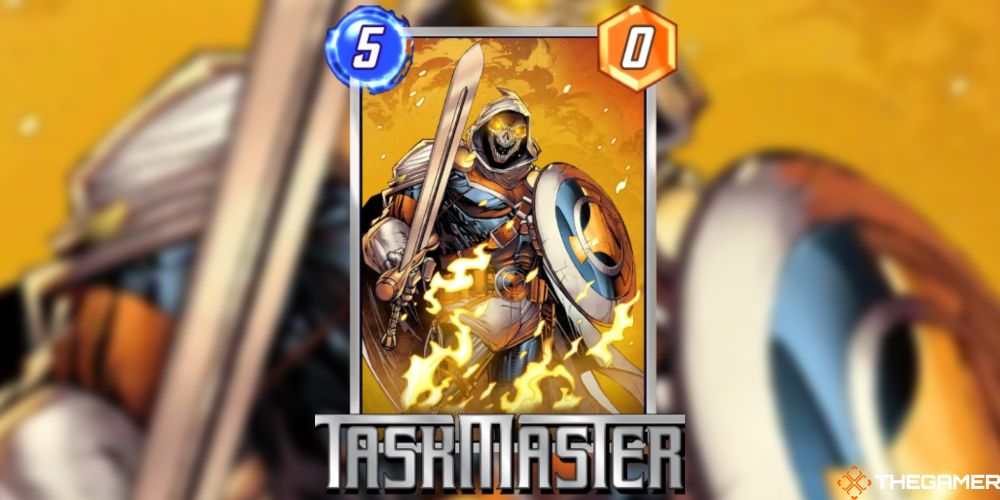 Taskmaster spends his time learning the abilities of enemies. Marvel Snap translates abilities or qualities of characters to fit its card game model. In this case, the villain copies the power of the last card you played.

Costing five energy, Taskmaster is often one of the last cards you play, depending on your deck or the locations on display. If you build things right, you can summon She-Hulk or Death for cheap, either of which can pair well with Taskmaster. Of the high-powered cards in the game, you can have plenty of creative freedom to deliver a powerful combo. 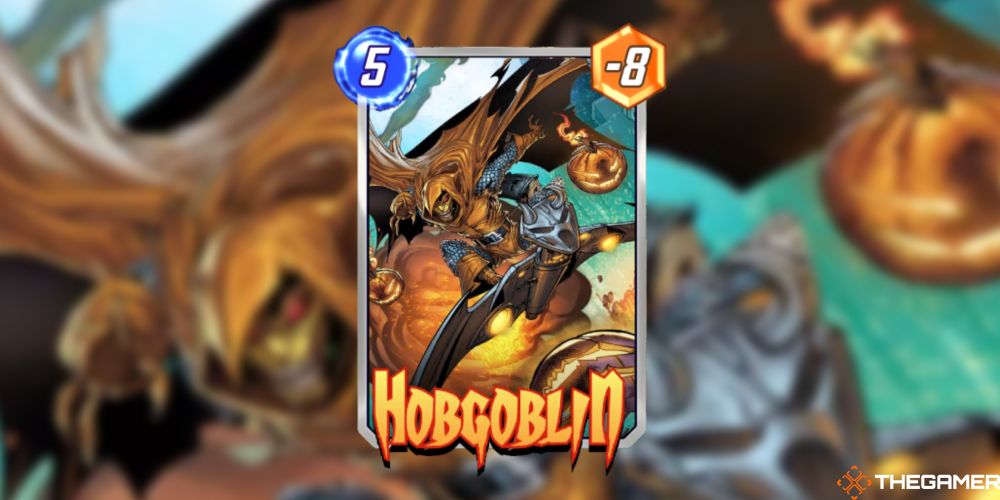 One of the meanest cards in Marvel Snap is a villain. Hobgoblin can be useful at any pool, but particularly in the early pools when most people don't have as many counters. Either way, a successful play is a likely guarantee for you to win a location.

Hobgoblin has minus eight power and goes to the opposite side, downgrading the opponent's location by a significant amount. Odin is a great counter, but if you prepare by filling your side, then nothing will take him back to you for a taste of your own medicine.​​​​​​​ 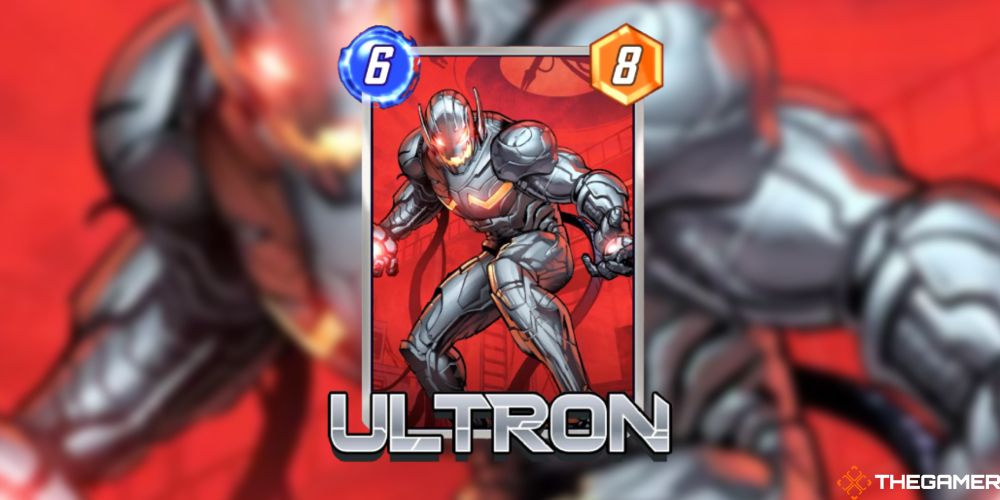 A one-cost deck will likely have Ultron, who summons four one-power Drones to fill locations he is not at. On top of combos to make the weak Drones powerful, the Avengers villain's power is eight, making him a good play to give you a nice boost at a location.

Blue Marvel and Kazar can power the Drones for people starting out with a one-cost deck. Throw in Onslaught to double their output, and then these Drones can become deadly and overwhelming as they fly to locations. 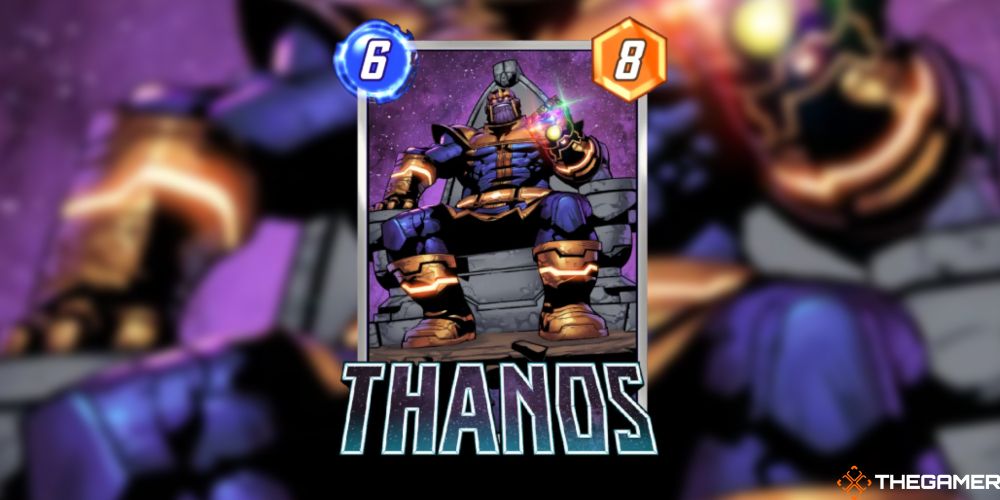 Some cards are tricky to build a deck around, but if you find a way to make them work, they can be devastating. Thanos is one of those, but with the one-cost Infinity Stones, he requires some creativity to utilize to his full potential.

Each of the Stones has various abilities. The Power Stone gives the Mad Titan adds ten power, putting him at 18 when all Stones have been played. The rest are On Reveal cards, or partially On Reveal, which can transform locations (Reality Stone) to being a mix of Ongoing and On Reveal as the Soul Stone draws you a card (On Reveal) and subtracts one power from enemies at the location (Ongoing).​​​​​​​ 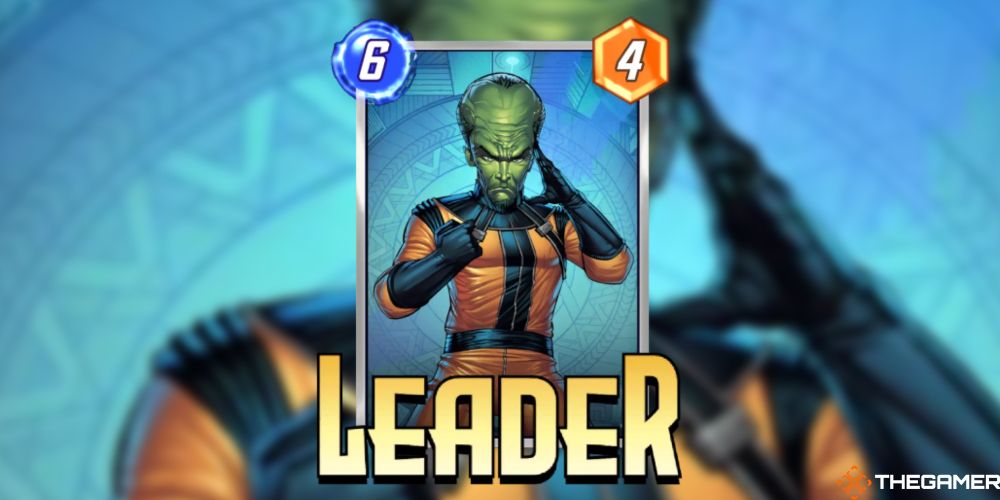 Leader is easily one of the most infuriating cards in the game. The monster will copy the cards your enemy placed on your side. If they go for a major move on the final turn, then you can reap those benefits to have that delicious win. It is cruel, but if you want to go up the ranks, you have to play as mean as these villains.

The one caveat is that it is about luck. If your opponent does not play anything noteworthy, and you can't catch up from that major play, then you will still lose. Although he can miss, when he does what you hope to achieve, it will make for a devastating loss for the other player. 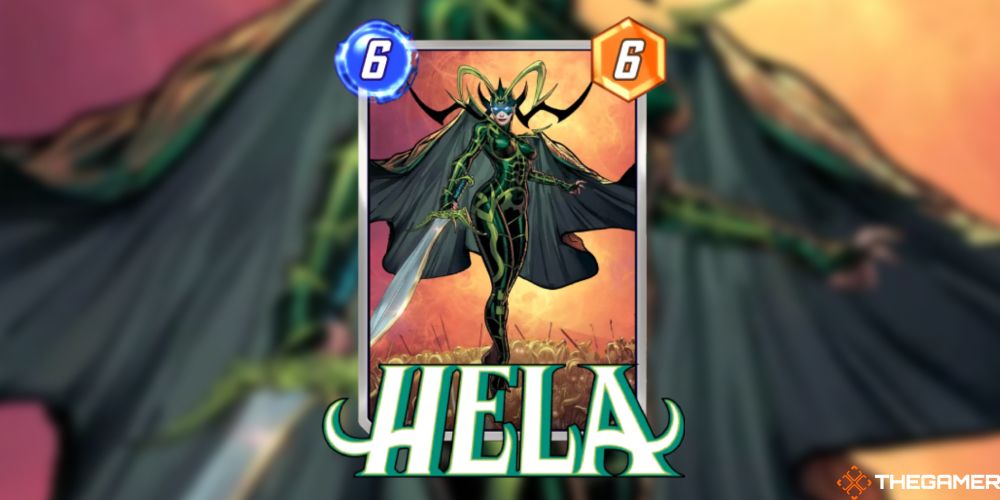 When getting to the higher pools, a discard deck is well-matched when a Hela is in there. The six-cost, six-power villain is a card that revives everything you discarded to random locations. For the last ditch effort on turn six, the villain can come to lead you to victory.

Having other powerful cards that you don't mind taking the risky play by sacrificing them can be worth it. The biggest risk is if Hela gets randomly discarded by your Blade, Moon Knight, or whatever you may have. If she survives, then she can bring back all the nightmarish cards from the dead for a mighty win.​​​​​​​ 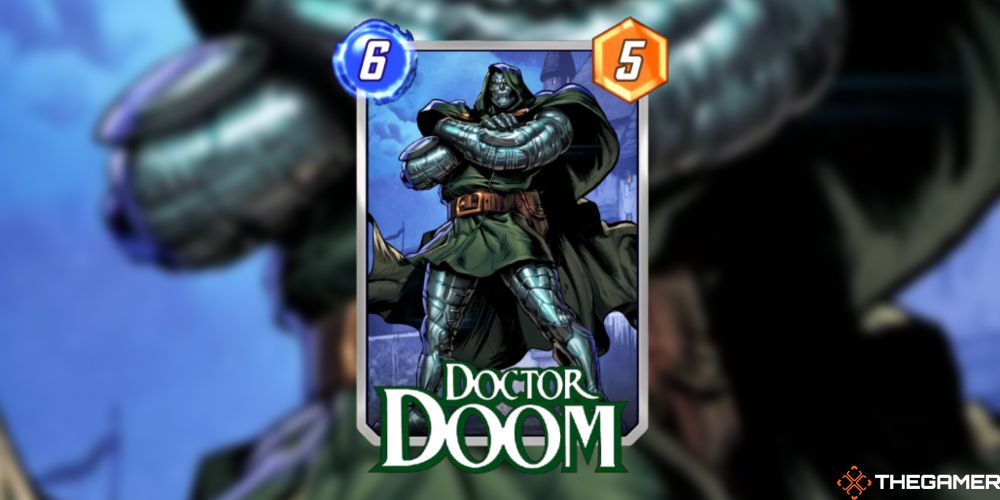 If you are a fan of Marvel villains, then it is hard to go wrong with Doctor Doom. The same applies to him in card form, as he is a force to be reckoned with in Marvel Snap.

He has a respectable power at five, but his summoning two five-power DoomBots to each other location makes him a useful card during your final turn. Put him on Kamar-Taj or any other On Reveal-friendly location, then he can summon more robots to aid you in earning a win.