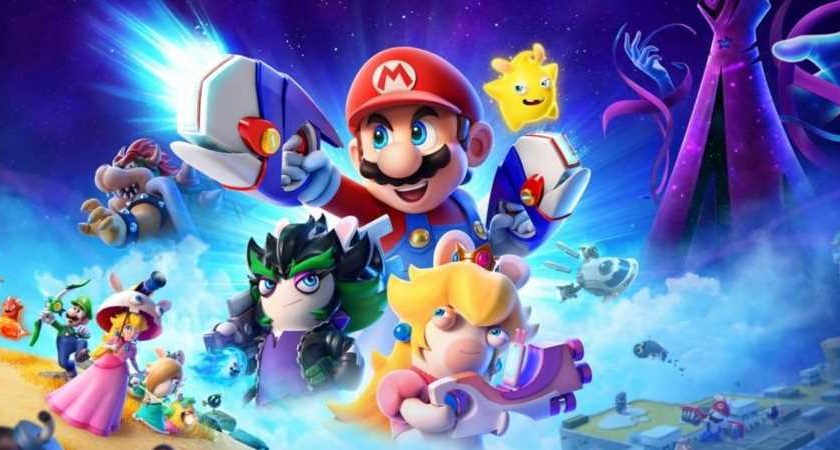 Mario + Rabbids: Sparks of Hope is releasing in October, according to the recent Nintendo Direct, and today Ubisoft has added to the hype by giving the game its own personal showcase. Today’s stream revealed the game’s story, new mechanics, new characters, and also gave us a taste of the musical talent hired for Sparks of Hope.

"I am very happy to confirm the return of my dear friend, the super talented Grant Kirkhope as a composer for Mario + Rabbids Sparks of Hope," said creative director Davide Soliani. "But he will not be alone this time, as we have assembled an exceptional crew of talent from around the world. He will be joined by Gareth Coker and Yoko Shimomura, two phenomenal composers that I am beyond proud to now have on our journey."

Yoko Shimomura has credits that stretch all the way back to the 1990s. She’s worked on Street Fighter 2, Super Mario RPG, Live a Live, Legend of Mana, Xenoblade Chronicles, Streets of Rage 4, Final Fantasy 15, Super Smash Bros. Brawl and Ultimate, and almost every Kingdom Hearts game ever made.

In case you're new to the franchise, Mario + Rabbids Sparks of Hope is the sequel to 2017's surprise hit, Mario + Rabbids Kingdom Battle. This time, Mario and the Rabbids travel to a new galaxy where they must save the Sparks–a sort of Rabbid version of Mario Galaxy's Lumas. The same tactical XCOM-like combat returns from Kingdom Battle with even more weapons, characters, and abilities. Bowser is also on the squad this time, apparently because his army has been stolen and he needs to steal it back if he wants to ever capture Princess Peach and rule the Mushroom Kingdom.

Mario + Rabbids Sparks of Hope arrives on the Nintendo Switch on October 20.