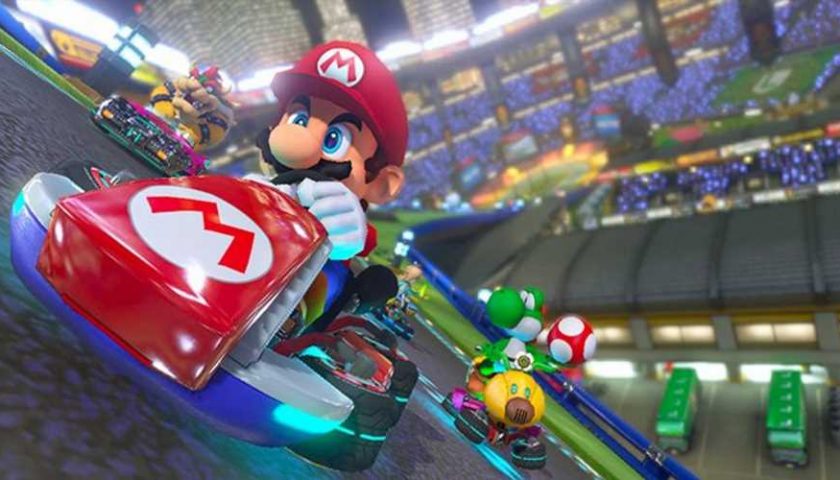 Mario Kart 8 Deluxe received its third wave of DLC tracks this week. With it came an unexpected update allowing players to customize which items show up during races. Less than 24 hours after the update went live, players have been testing its limits and getting incredibly creative.

The first thing many players would have done to test the custom items feature is switch off everything other than blue shells and Bullet Bills. 6amerBr0 went in a slightly different direction with it, testing what happens when you tweak Mario Kart's Crazy 8 item. For those unfamiliar, Crazy 8 gives you a selection of eight items that can be used and fired off at random.

The discovery the Mario Kart player made when messing around with the custom item settings is when you leave just Crazy 8 and one other item turned on, all eight of the Crazy 8 items you get will be that one other item. So, as you can see in their video demonstrating exactly that below, leaving just Crazy 8 and banana skins turned on means all eight items will be bananas.

That has resulted in the closest old-school Mario Kart fans are going to come to the N64 game's banana bunch. Before Nintendo traded it out for three skins that revolve around you, Mario Kart had an item called banana bunch which would give players five bananas trailing behind them. Not only the perfect defense for incoming red shells, but also a long hazard to leave for rival racers if released one after the other in quick succession.

Before you get any bright ideas about tweaking the custom feature so Crazy 8 gives you eight blue shells, 6amerBr0 has already tried that and it doesn't work. The only other item selected has to be something that is included in Crazy 8's standard set. If you have the Booster Course Pass or NSO's Expansion Pack, you can now play wave three of Mario Kart's DLC courses which includes Maple Treeway and Boo Lake.