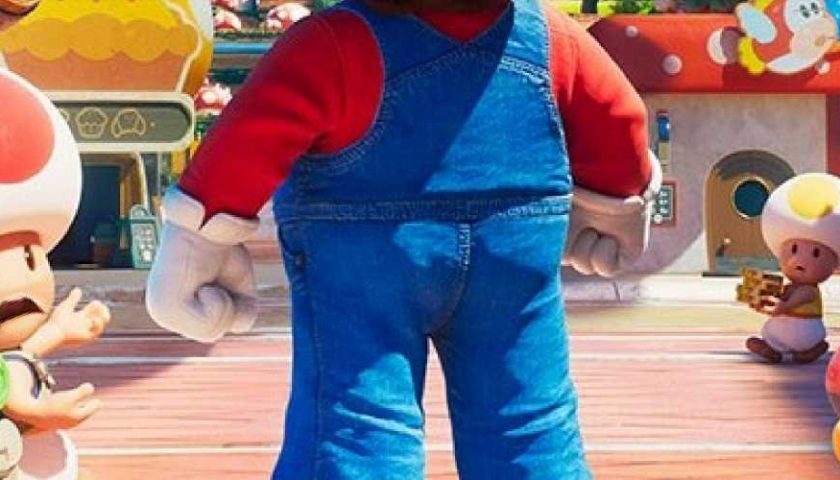 In 2019, we were all tweeting about Sonic's hideous human teeth and realistic design, but we didn't realise just how good we had it. Mario is getting his own movie next year and, while his face looks to be pretty standard, if a little uncanny, he has a flat ass – a very, very flat ass.

Sonic never had this problem. He can run 767 miles per hour and does so while avoiding robots and fighting back against Eggman. He's got a sprinter's dumpy with a little extra to show for it. Mario is a thick Italian plumber who spends most of his time jumping – why's he flat? That's what the internet's asking.

"Fans should demand a Mario redesign like they did with Sonic but only to make his ass bigger", Lovenstein's Monster tweeted. There's a little green Toad walking by in the poster who doesn't even stop to take a cheeky look at Mario's backside – that's how you know we're in trouble.

Others are already sharing art of Mario with a bigger ass, claiming they've fixed it, while some demand he does more squats to fill out those dungarees. But maybe it makes sense. "What else did people think was going to happen to Mario's ass after 3 decades of ground pounding?" GameXplain editor-in-chief André tweeted.

"I need Mario to have an ass like Megan Thee Stallion" another chimed in, lamenting the loss of one of the world's Seven Wonders. Well, "loss" might be a stretch. As some point out, Mario's never had an ass – he's always lacked cake. He was flat as a 2D Goomba in Odyssey and 64.

But he did have a little more oomph going for him in the cartoon and Paper Mario, so maybe we'll see some character growth if a second movie gets greenlit.

No ass, never had an ass, makes sense he doesn't have an ass – there's a lot of in-depth, meaningful debate taking place here. And one commenter, GGO Witch, raises a good point – "Do you think he'd be able to fit down all those pipes with a dummy thicc ass?" No, probably not.

The cake really is a lie, but don't expect Illumination to pull a Paramount and release the dummy thicc Mario cut. He's working with what God gave him.