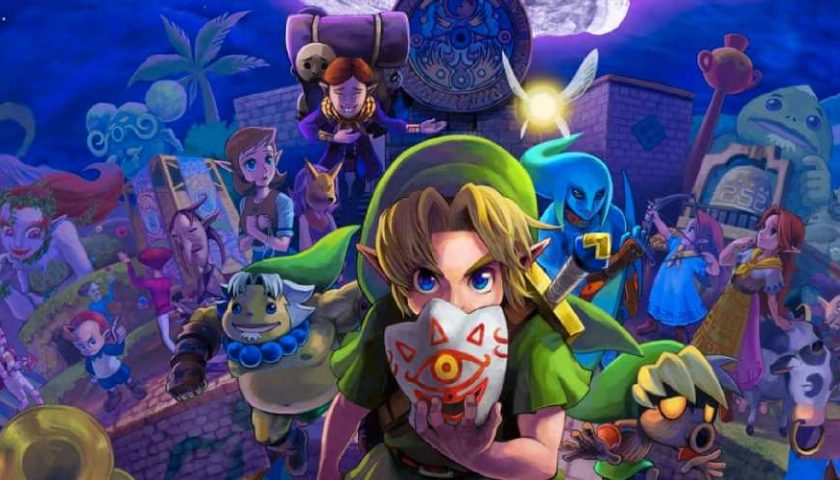 The Legend of Zelda: Majora's Mask was the second of the two Zelda games to release on N64, following 1998's Ocarina of Time, and with its repeating three-day cycle and use of 24 masks the title became a classic. It has also subsequently gained a dedicated following within the speedrunning community who took to the unique time constraints of the game.

For those who don't know, players need to be faster off the mark in Majora's Mask anyway since you only have three in-game days before everything resets, but with speedrunners they obviously take this to the extreme, and a recently found glitch is perhaps going to change the boundaries of what's possible in speedrunning Majora's Mask.

On April 21st, a speedrunner known as Majora1176 discovered a glitch whereby they could skip the giant's cutscene. As documented by YouTuber JakeZSR, the glitch involves putting the hook shot in Link's hand, walking into the blue warp, playing the Inverted Song of Time, then mashing the controller. Doing so allowed him to death warp and prevent the giant's cutscene from playing.

Under JakeZSR's video someone asked a pertinent question: "Since they don't go and get hook shot would a reroute to get hook shot save time? Has anyone looked into rerouting any% yet?" To which JakeZSR replied that, "yes, there is routing being looked into atm for this. It is very likely faster and we have a basic route already but we are still working out the logistics".

Who knows how much experimentation and time was involved to figure out this glitch, but it demonstrates just how dedicated the speedrunning community is in taking advantage of any time-saving glitches in order to beat a game in the fastest possible way without totally disassembling it. The YouTube video goes into greater detail about how the glitch works exactly, but the true protential of this time saving glitch is not yet known, but speedrunners should soon find out.

The last big milestone came in November 2021 when a 100 percent speedrun world record was broken after three years. That was when Bewildebeest reached 100 percent complete in Majora's Mask in only five hours, 49 minutes, and 51 seconds. This shaved the time down from the previous world-record holder TrevPerson who did it in 5:51:02. Now with this glitch discovery perhaps those records might soon be tumbling further.