Magic: The Gathering has a storied history, and one of the earliest events is The Brother's War. At the end of the Dominaria United story, Teferi travels back in time to this massive Dominaria event, with the upcoming set The Brothers' War revisiting the war originally told in the novel of the same name.

The Brother's War was a major conflict on Dominaria that lasted for decades, ending in a way that would reshape the Plane entirely. It pits two brothers against each other, Urza and Mishra, in a feud that would affect every citizen of Dominaria; both during the war itself, and in the aftermath of it.

Causes Of The War 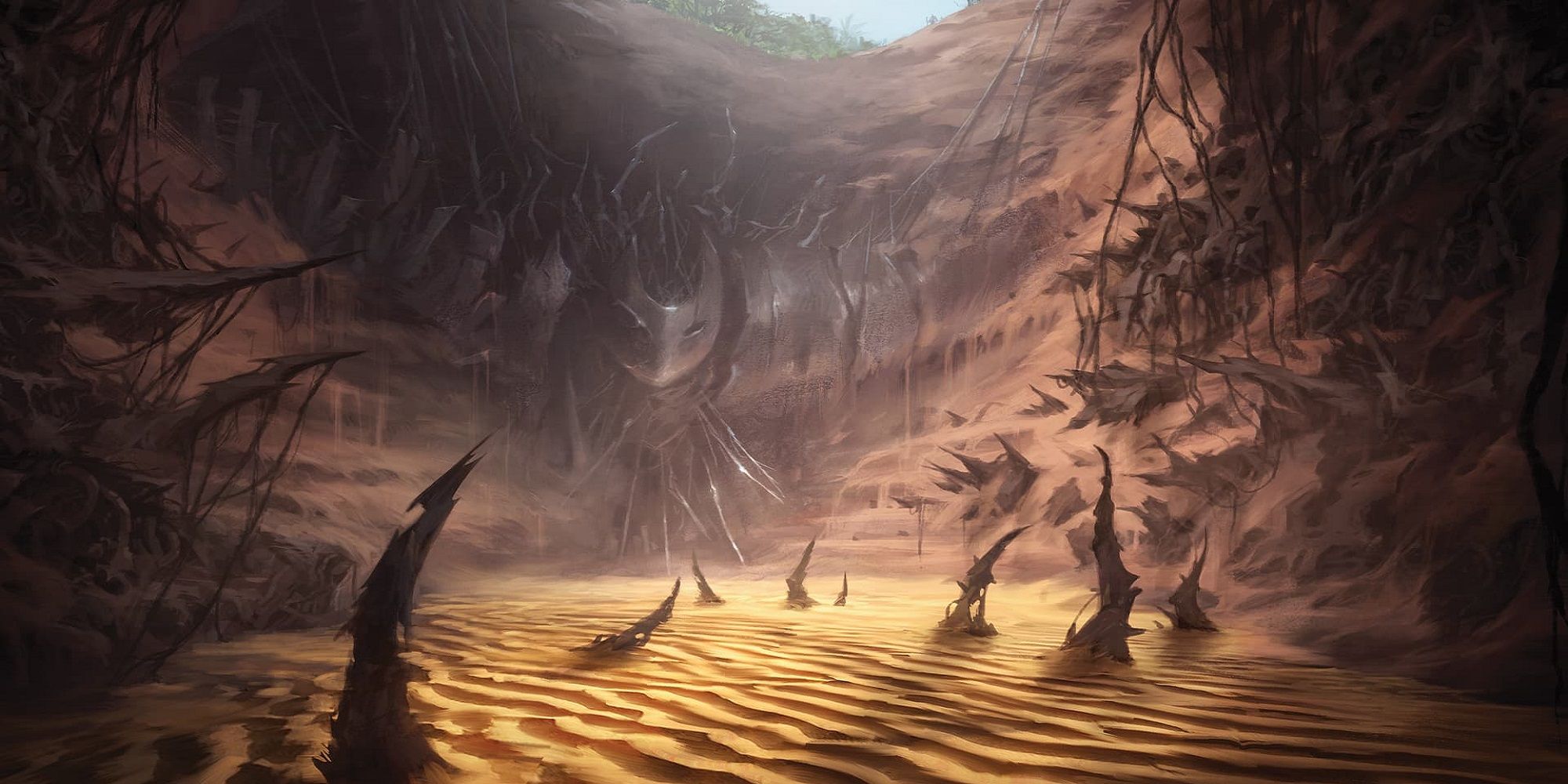 Urza and Mishra always had a bit of a rivalry, but upon discovering ancient Thran artifacts, they worked together thanks to a shared want to learn more about the civilization.

They eventually wind up at the Caves Of Koilos, where they discover a powerstone within an ancient Thran machine there. However, when the brothers each reach for it, the stone exploded into two, with each brother possessing of one of the halves. 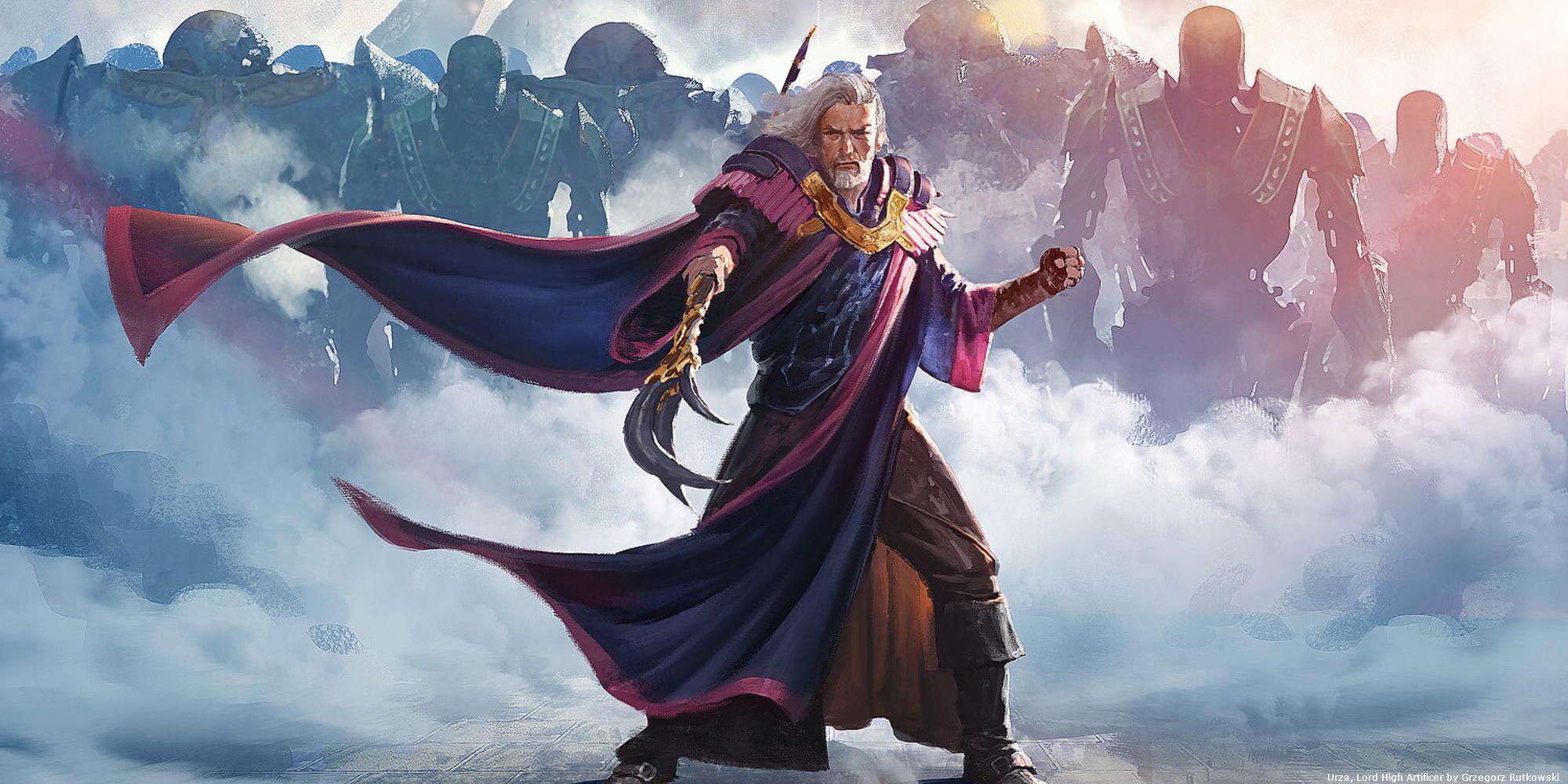 Urza's stone was the Mightstone, named that as it gives power to those near it. Mishra's was the Weakstone, having the opposite effect as the Mightstone. Both of the brothers wanted to get the other's stone, and this caused a fight between the two that would eventually cause another explosion, killing their mentor Tocasia in the process.

Mishra fleed, and he and Urza relocate to other parts of Dominaria. The two brothers still wanted the other's stone, though, starting the rumbling that would soon become the full Brother's War. 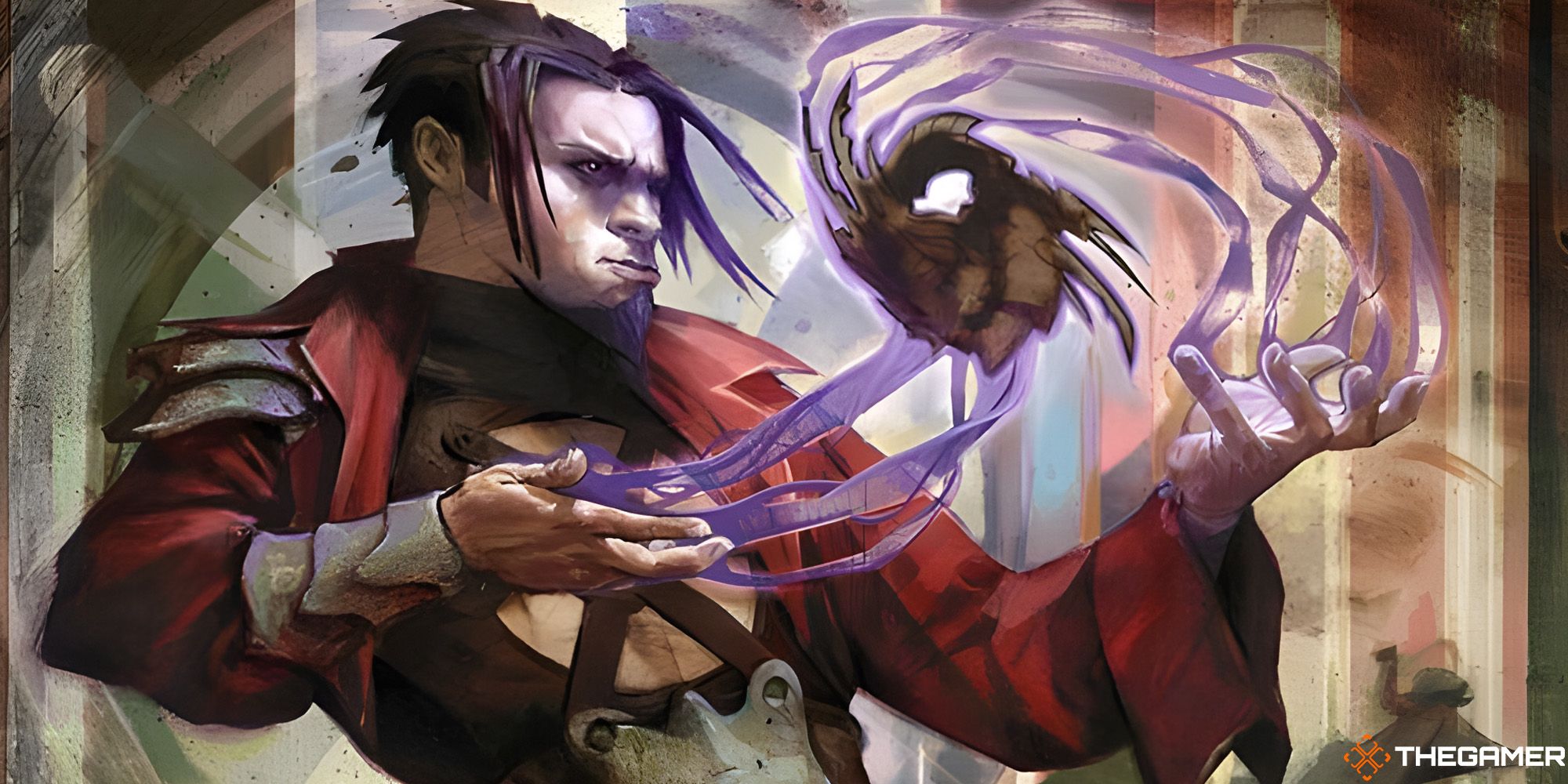 Urza moved to Yotia, where he built artifacts and constructs for the Warlord of Yotia, both to win the right to marry his daughter and to continue building to help them gain more power.

Mishra joined with the Fallaji, a tribe of desert nomads, and helps them to unite all their clans with the help of the Weakstone. Together, they begin conquering land in Dominaria.

In an effort for peace, the Yotia Warlord met with the Fallaji to negotiate with them. Both Urza and Mishra were in attendance, much to the surprise of each brother. However, the Warlord cuts negotiations short when he uses Urza's machines to attack the Fallaji, leading to many deaths. Mishra manages to escape, with the Brother's War now in full swing.

Events Of The War 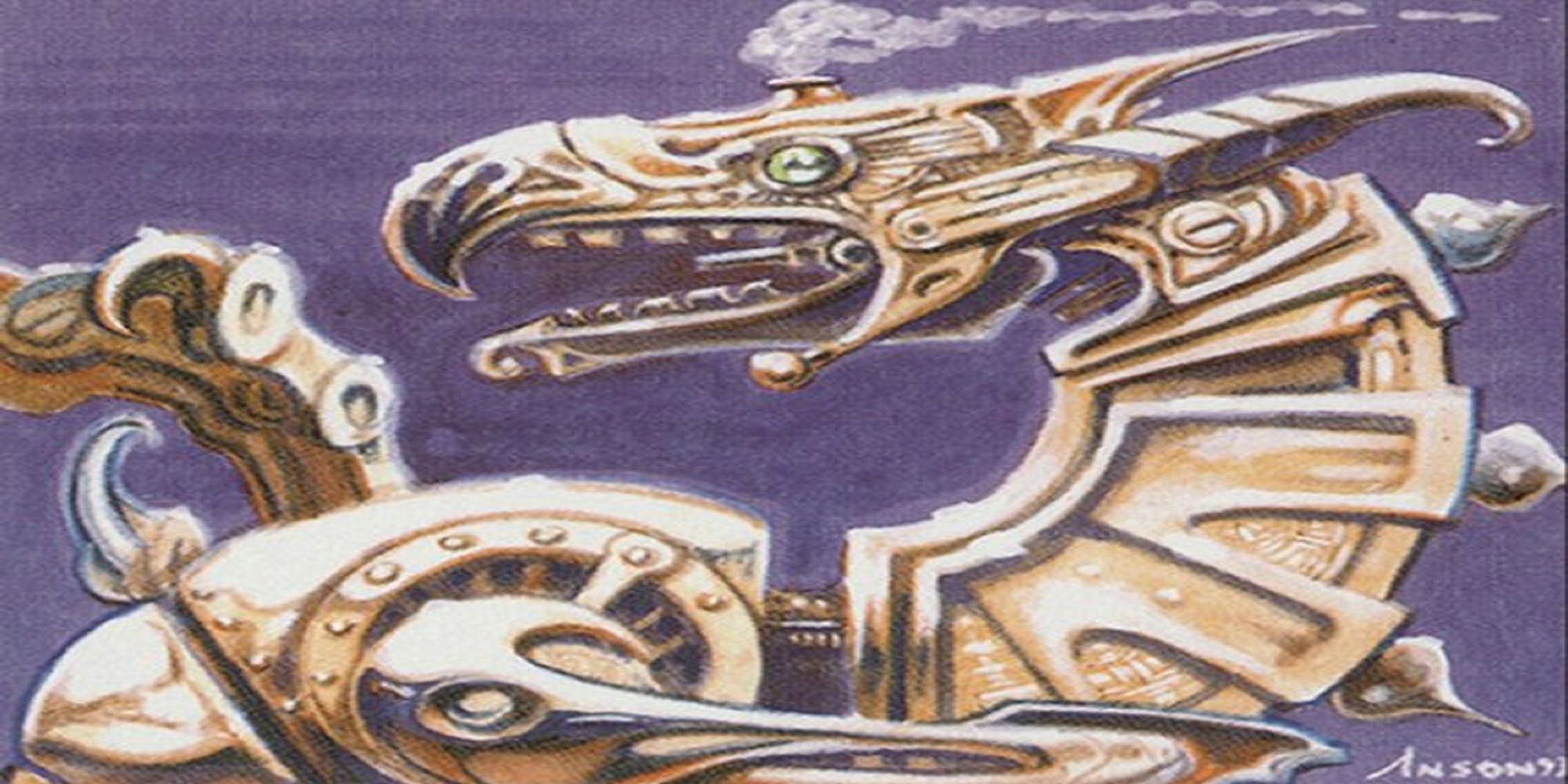 Mishra, along with his apprentice Ashnod traveled to Phyrexia through a portal in Koilos in search of more weapons. There, they found more dragon engines, which the Fallaji had been using in their war effort on Dominaria. However, before they could capture them, they were attacked by the Phyrexian Gix and forced to flee.

Mishra used the dragon engines in their possession already to lead an offensive on Yotia, and succeed, forcing Urza to retreat into Argive, another coastal city of Dominaria. There, Urza was given full reign of the region to keep the Fallaji at bay from the coastal regions of Domaria, including Argive and Korlis. 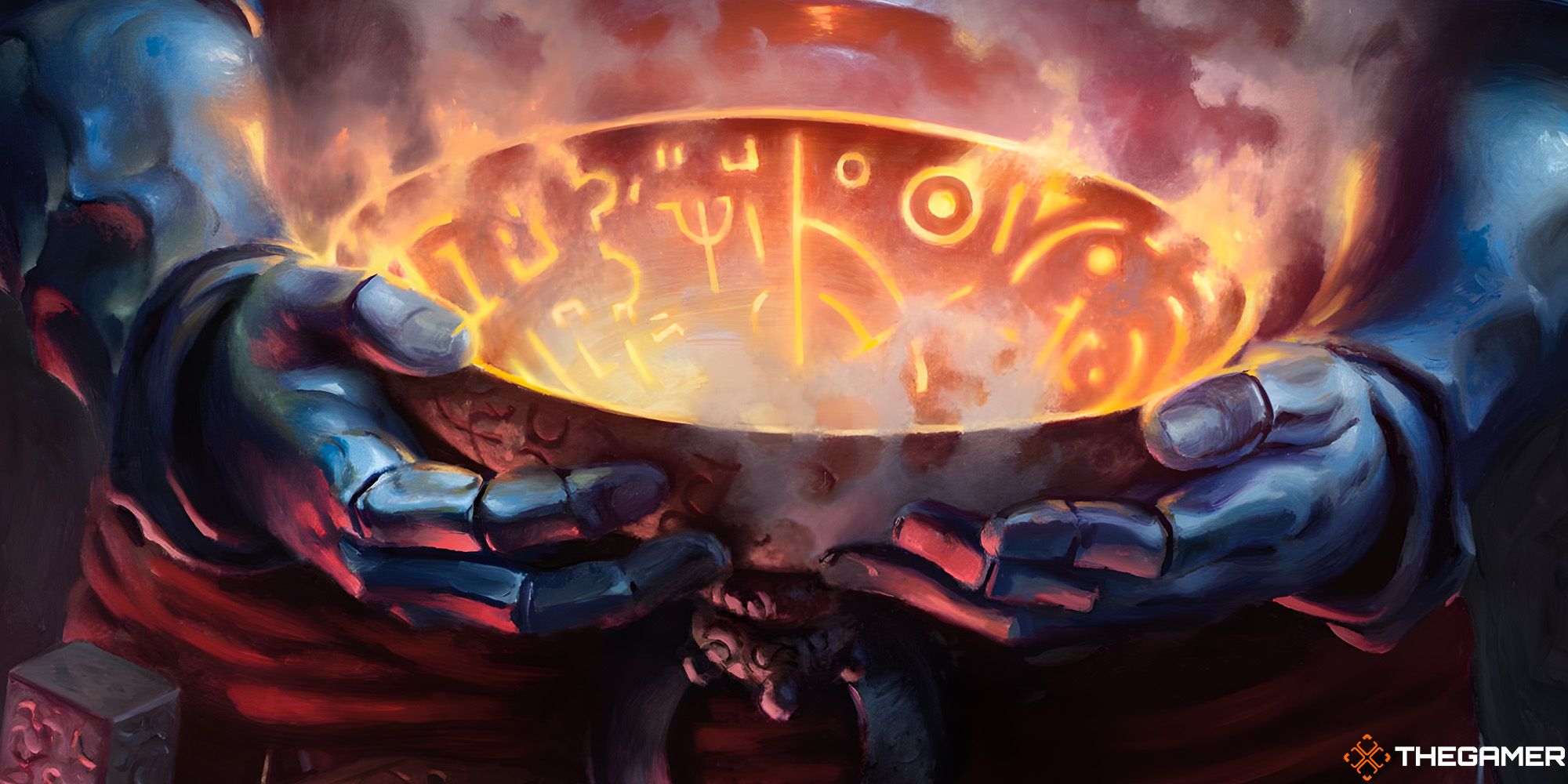 Mishra's conquest of Dominaria. and Urza seeking to protect it, would lead to them over-mining resources, resulting in much of the Terisiare region becoming deforested. One of the most important regions Mishra and the Fallaji claimed was Terisia City, where they discovered the ancient Thran artifact known as the Golgothian Sylex, which would become very important later.

While Mishra and Urza continued their war, the Phyrexian Gix began to make a move on Dominaria. He lured humans towards the portal to Phyrexia, converting them into Phyrexian sleeper agents to infiltrate both sides of the war. Becoming the Brotherhood of Gix, they sought to kill both brothers and allow Gix to claim both the Mightstone and the Weakstone for himself. 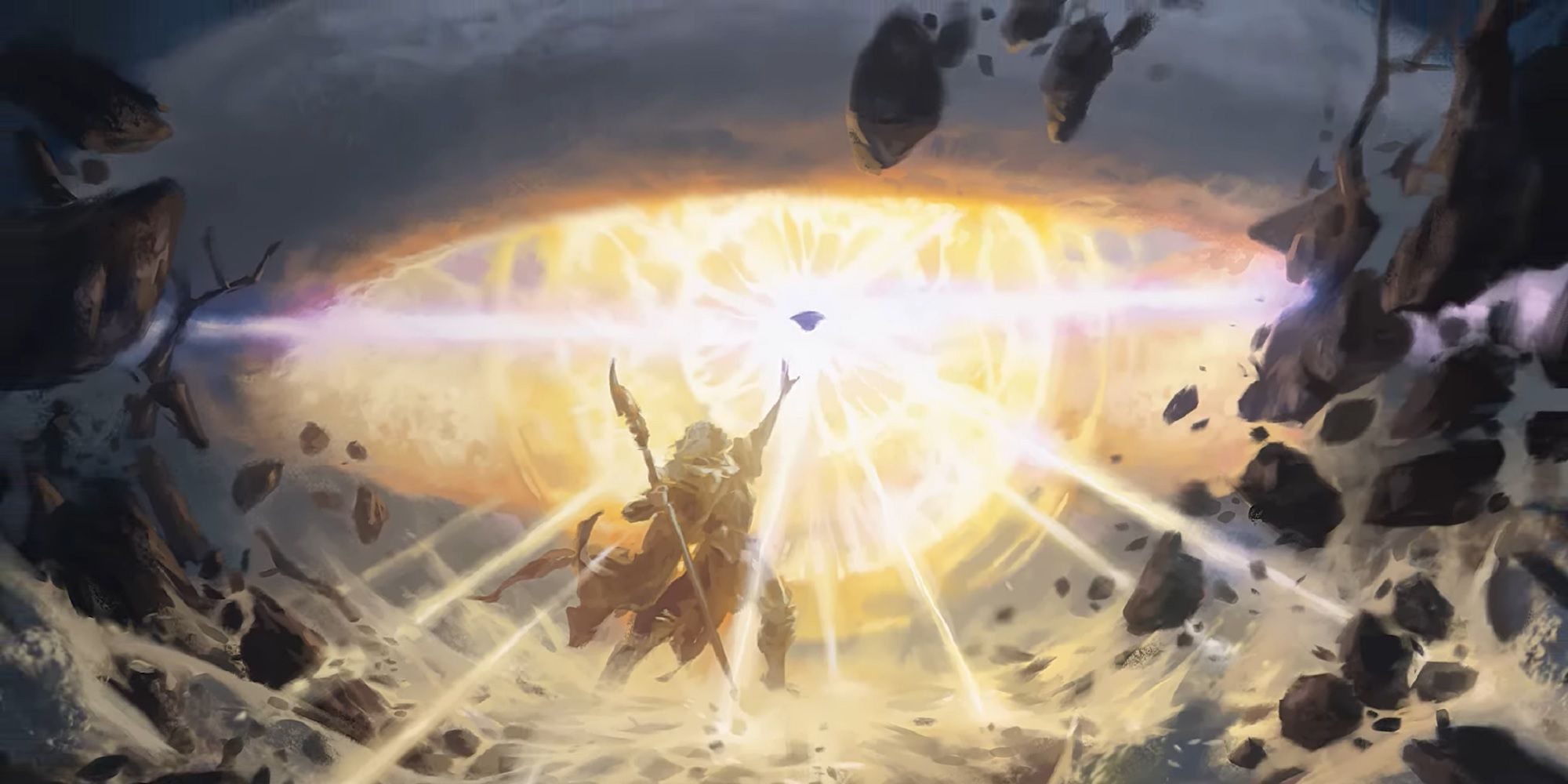 The Brotherhood Of Gix found infiltrating and causing rifts in Mishra's faction much easier than Urza's, allowing them to work Gix into Mishra's inner circle as a key advisor.

The fighting continued with no sign of slowing down, much of the land of Domanria expended for resources. However, one place that had so far remained untouched was the island of Argoth – an island Urza headed to claim some of the final resources on the plane. Gix revealed this to Mishra, and the two pursued Urza for their final confrontation, war machines in tow.

On Argoth, the fighting started right away, with the two brothers' machine decimating the local life there that attempted to keep the conflict away from their shores. It is then that Urza discoversed that, at some point during the war, Mishra had been compleated and turned into a Phyrexian. Urza is overcome with emotions at the sight, seeing that his brother is truly gone.

While Urza and Mishra fight, Ashnod hands over the Golgothian Sylex to Tawnos, Urza's apprentice, and tells him to give it to Urza. During the handoff, Gix appeared and tried to stop the two. Ashnod sacrificed herself while trying to hold Gix back, giving Tawnos enough time to reach Urza with the Sylex.

Mishra made one final effort, but was too late: Urza activated the Sylex, causing a ruinous blast that wipes out the two brothers' forces, along with Argoth itself. Gix narrowly escapes the explosion and flees back to Phyrexia. Urza survives the blast, his spark igniting, becoming a Planeswalker, his eyes being replaced by the Mightstone and Weakstone respectively.

Aftermath Of The War 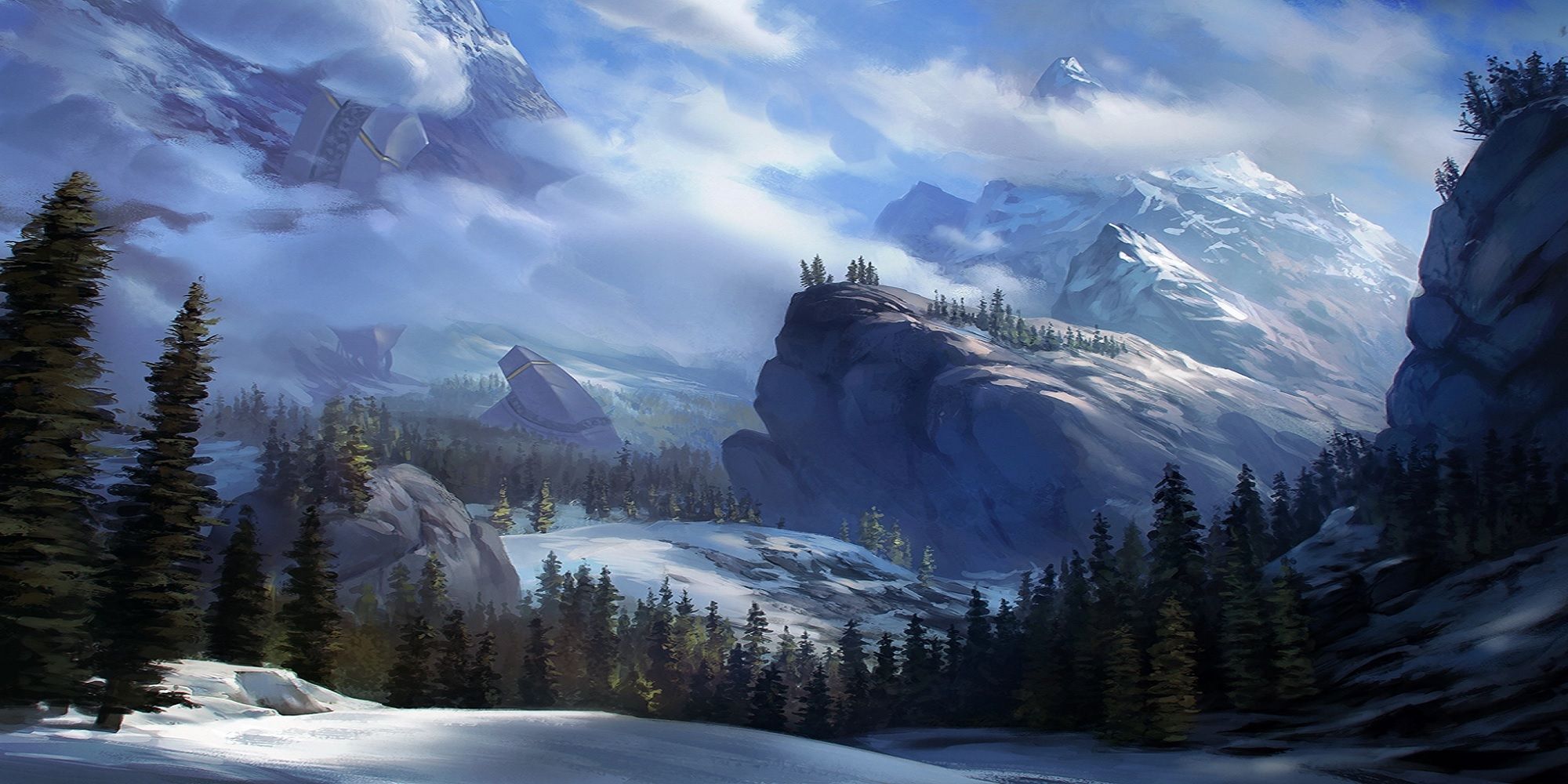 The Brother's War caused massive destruction to Dominaria, with many cities destroyed. The climate of Dominaria was altered as well, the Sylex blast sending Dominaria into an ice age that lasted for over 2,000 years.

The Sylex blast created what is known as the Shard Of The Twelve Worlds. This was a collection of planes, bringing them into the Dominaria Nexus, which was a localized system of planes up until the Mending. The Shard Of The Twelve Worlds crystalized these Planes, preventing Planeswalkers from being able to leave. Shandalar, a wandering plane, entered temporarily and allowed the Planeswalkers trapped within it to flee and Freyalise to activate the World Spell and end the Ice Age.

The activation of the Sylex blast also affected the Urborg area of Dominaria. It initially started as a lush jungle, but the Sylex had turned it into a swamp permanently. The regions of Argive, Yotia, Yomuk, Malpiri, and Korlis would collapse, as too would the Fallaji empire, which had most members killed during the last fight on Argoth. What little remained of them became wanderers.

Urza, seeing what Phyrexia was capable of after seeing what they had done to his brother, was driven insane. He sought vengeance against the Phyrexians and was driven to a life-long conflict with them. This ultimately led to the founding of Tolaria, the creation of the Weatherlight, and Karn, who later ascended to a Planeswalker.