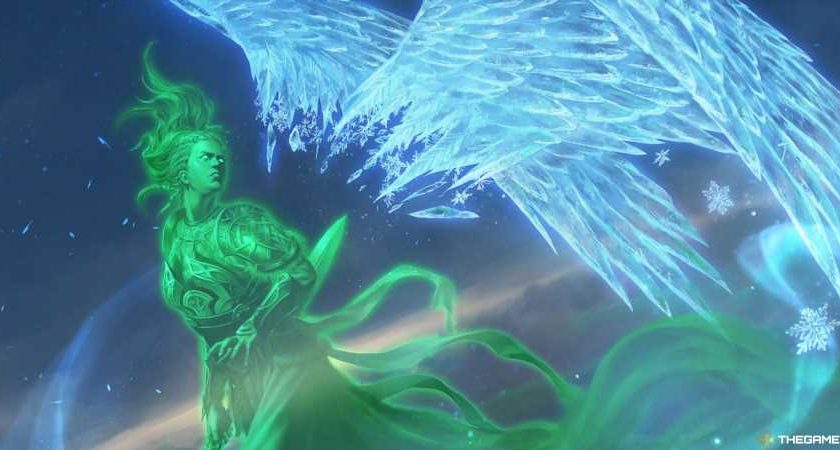 From the ice age of Dominaria to the arctic reaches of Kaldheim, Snow is a running theme throughout a lot of Magic the Gathering's sets. So much so, in fact, that it was given its own set of cards in the aptly-named Ice Age, before being expanded out greatly in later sets.

Despite being such a long-running part of the game, Snow is a complicated thing to understand. But mastering it can make your decks vastly more powerful. Here is everything you need to know about Snow. 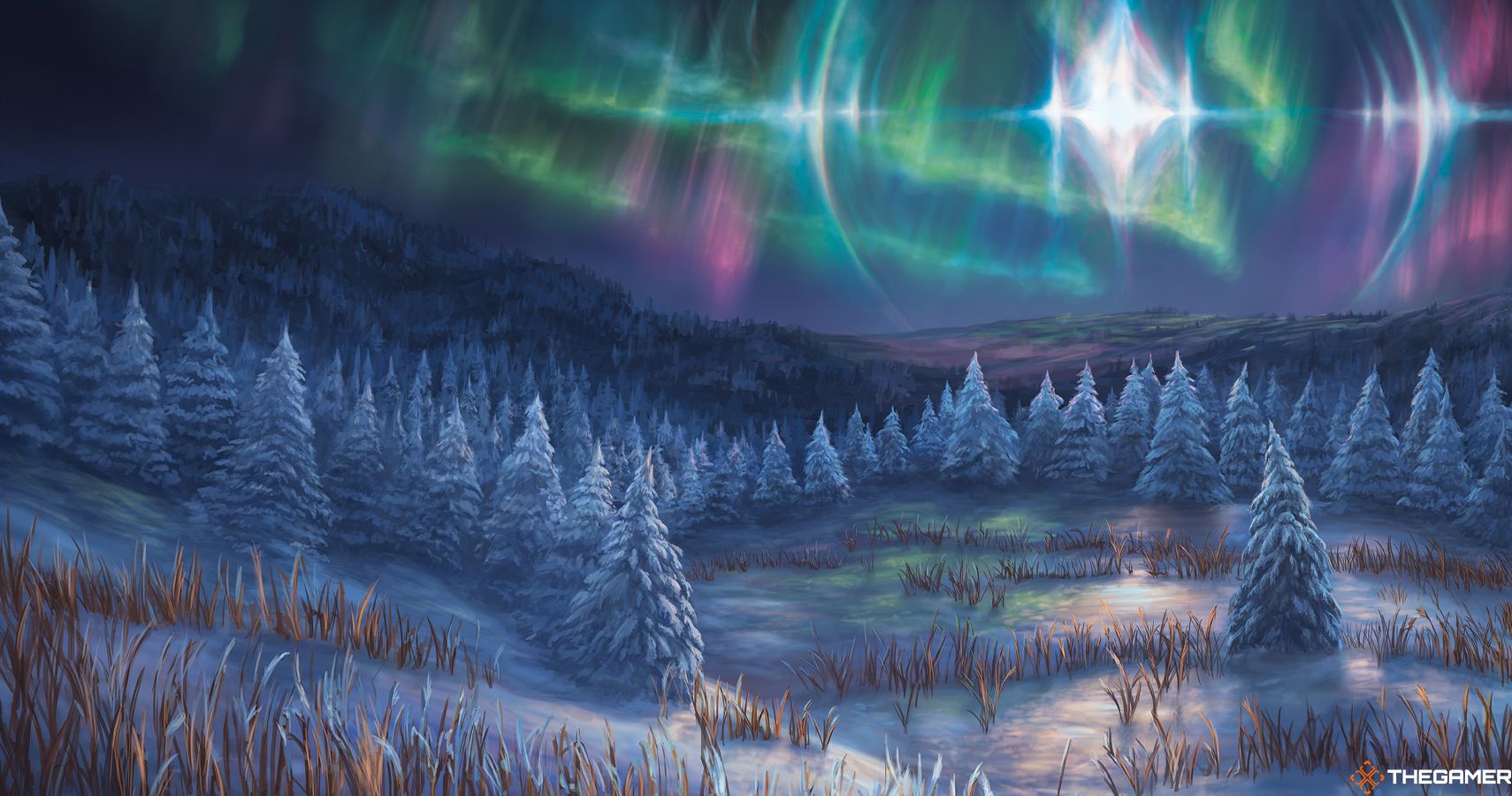 On Magic cards, the type line underneath the art is divided up into a few different components. The most common bit is the card type: Creature, Instant, Sorcery, Artifact, Enchantment, or Land. In some cases, a card might also have a subtype, such as "Creature – Elf" or "Sorcery – Arcane".

Sometimes, a card might also have a supertype, which comes before anything else in the line. The 'Legendary' in a Legendary Creature, for example, is a supertype, as is the 'Basic' in Basic Land. That's what Snow is – a supertype found in cards that designates them as 'Snow Spells'.

Snow doesn't do anything; it isn't a mechanic in the same way as Foretell or Boast. The only thing Snow does is group together thematically similar cards to allow other spells to interact with them in some way. For example, Frost Bite does one extra damage if you control three or more Snow permanents, while Sculptor of Winter can untap Snow lands.

The only slight exception to this is when it comes to Snow lands. When a Snow source produces mana (such as through a Snow Land or a Snow Artifact like Replicating Ring), it creates Snow mana of its usual colour. A Snow-covered Mountain makes red mana that can be used the exact same way as a normal, non-Snow Mountain, but that mana is also a snow mana. Snow mana isn't additional mana, and it isn't its own colour; it's just an extra quality of the mana you've produced.

There are also permanents with activated abilities that require you to use Snow mana – Pilfering Halk lets you draw a card and then discard a card by paying one snow mana and tapping it, while Icebind Pillar can tap a creature or artifact for the same cost. Abilities and spells that track Snow mana don't care what colour that mana was, just whether or not it came from a Snow source.

When Snow debuted in Ice Age, it was only found on lands. Then, Cold Snap expanded it to include other permanents like creatures and artifacts, before expanding to instants and sorceries with Kaldheim. Now it's found on virtually every type of card, bar Planeswalkers.

How To Use Snow? 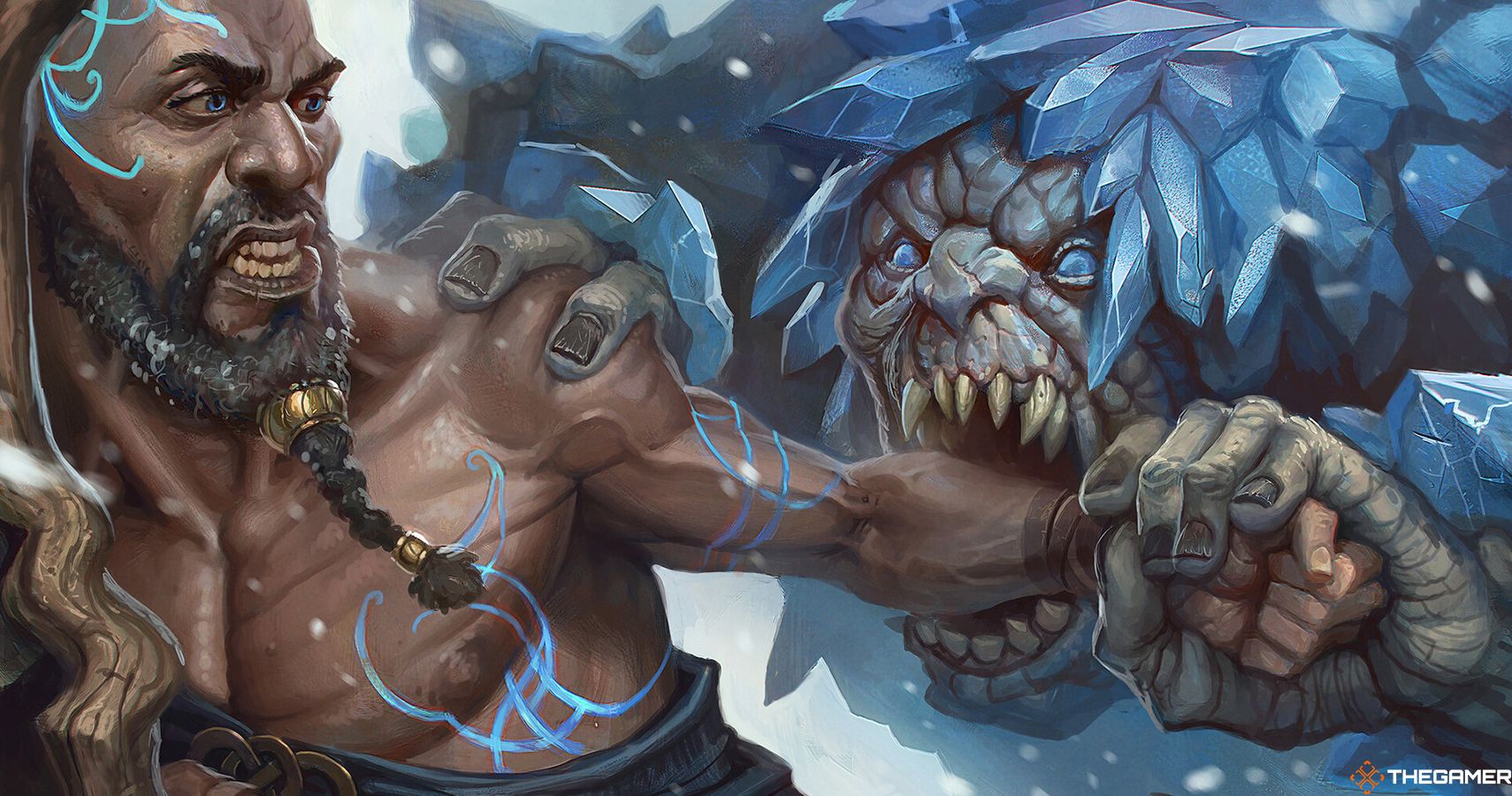 The most commonly-used Snow cards are the five Snow-covered Basic Lands. As they have the supertype Basic, you can run as many of them in a deck as you like, just like the normal Plains, Island, Swamp, Mountain, Forest, and Wastes.

Snow lands have two advantages over using non-Snow basics. The first is obvious: it lets you make Snow mana and counts for cards that count Snow permanents, like Frost Bite (they also protect you from the rare Snow Landwalk creature, like Zombie Musher). The second is less obvious: they work as basic lands, but have a different name. Some spells like Gifts Ungiven and Eerie Ultimatum look for cards with different names, so you could find a Mountain and a Snow-covered Mountain with the same spell.

The thing to remember with Snow is that it really likes synergy. If you're running one Snow card, then it's worth running snow lands because there are few downsides to not doing so, which then justifies adding more Snow cards, and it snowballs (no pun intended) until it's a substantial part of your deck. Snow instants and sorceries in particular tend to be more effective the more Snow mana you use to cast it, or the more Snow permanents you control, which incentivises you to go all-in on Snow. Because of that, you'll need to watch out for punishing cards like Avalanche, Cold Snap, or Reidane God of the Worthy that specifically affect Snow cards.

What Colour Is Snow?

In all seriousness, Snow is found in every colour, although it does lean more towards Simic (blue and green). Out of the 106 Snow cards, there are 18 green, 18 blue, ten black, nine white, nine red, and 34 colourless (which includes 27 lands).

While Snow does appear in multicolour, it is much less prevalent, with just eight cards. Two are Dimir (blue/black), one is Gruul (red/green), three are Simic (green/blue), one is Bant (green/white/blue), and one is Sultai (green/black/blue).