The weekend for Magic: The Gathering preview seasons is always quiet, but this is unprecedented. While we often see between eight and ten cards on the quiet shifts, today we have a record-breaking four cards on display.

That being said, there are still some exciting cards here. Most notably, the first Attraction with a prize for eternal formats, but also a payoff for failing all those dice rolls and a creature that helps pull together that Hat Tribal Deck you've been dreaming of. Here's everything we saw on day six of Unfinity's spoilers. 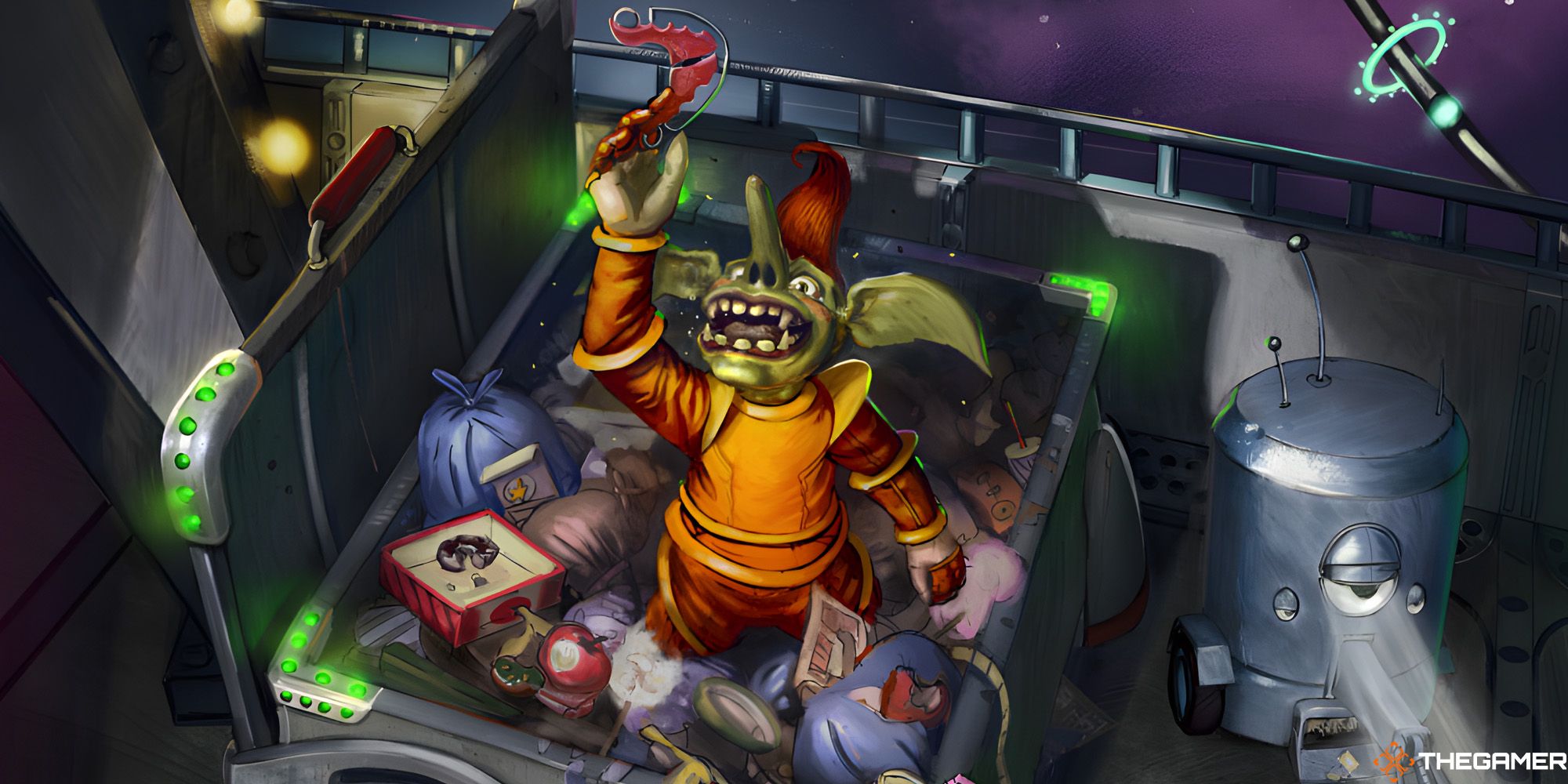 Easily the most exciting Eternal-legal card today is Pick-a-Beeble. While this doesn't quite bring the Un-set's unofficial mascot creature type Beebles back into non-Acorn games, it does offer us a very nice Treasure token generator that'll work in any colour. With it, you can get a total of thirteen Treasure tokens (roll a five on the first turn to make five, then roll a six to make six more, then the Prize triggers and you get the final two) which, considering how easy it is to get Attractions into play, is rather incredible.

There's also Complaints Clerk, which finally gives you some payoff for those failed Attraction rolls. It's just a 1/1 creature, but it being an artifact creature certainly does make this more appealing to artifact-centric decks that might want to up their Affinity count or other synergies.

Finally, there's Fight the ___ Fight, which uses name stickers in likely the only way Eternal formats could: counting the letters. Unfinity's only being printed in English, which makes cards that care about card names more likely to show up in Acorn instead. a +0/+2 buff and the ability to take a creature out for two mana isn't bad, but it isn't particularly exciting either. 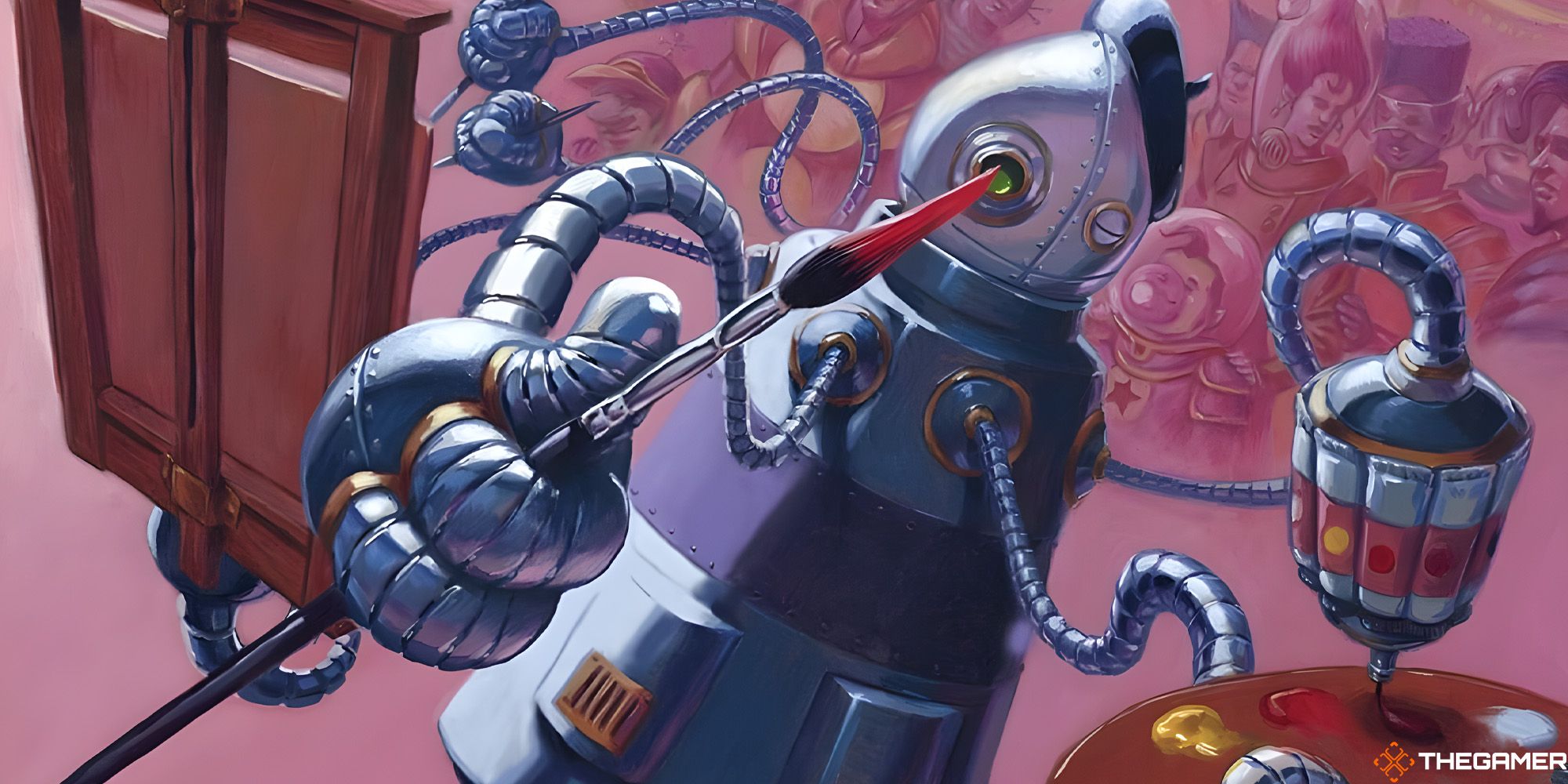 Our sole Acorn card for the day is a Hat-matters creature that brings back the Hatificer creature type we'd only ever seen in Goblin Haberdasher in Unsanctioned. Haberthrasher encourages you to play a deck full of creatures wearing hats, or at least find ways to put hat stickers on them.

It not being legendary really helps here, as once you've got four out at once you'd just need to put a handful more creatures into play to secure the victory. It doesn't look like much, but this feels like a foundational piece in the set's white/black Hat-Matters draft archetype.