In Magic: the Gathering, enchantment cards are often some of the best you can play. Enchantments often have game-breaking abilities, or at least enable you to get to your win conditions faster. In Commander, there are plenty of powerful enchantments that need to be answered or else they’ll take over a game.

10/10 Birth Of The Imperium – Forces of the Imperium 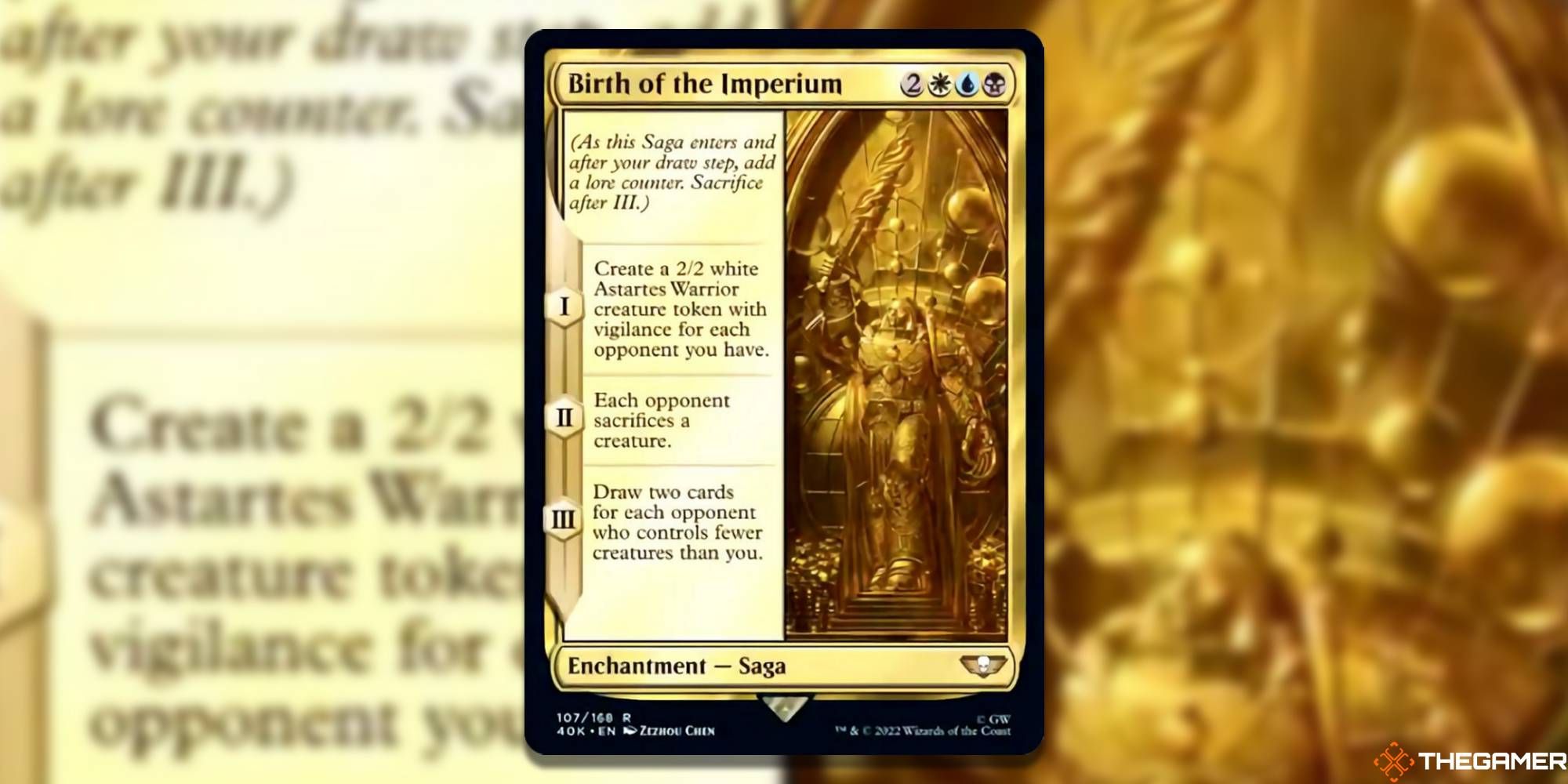 The first enchantment comes from the Imperium of Man, and is a Saga detailing the origin of the Imperium. This Esper (white/blue/black) Saga generates tokens, forces each of your opponents to sacrifice a creature, and then draws you two cards per opponent if you control more creatures than them.

This Saga rewards you for emptying your hand early on and creating an army early on. It may paint a target on you early game, but by the time it does, you’ll be well ahead of your opponents. 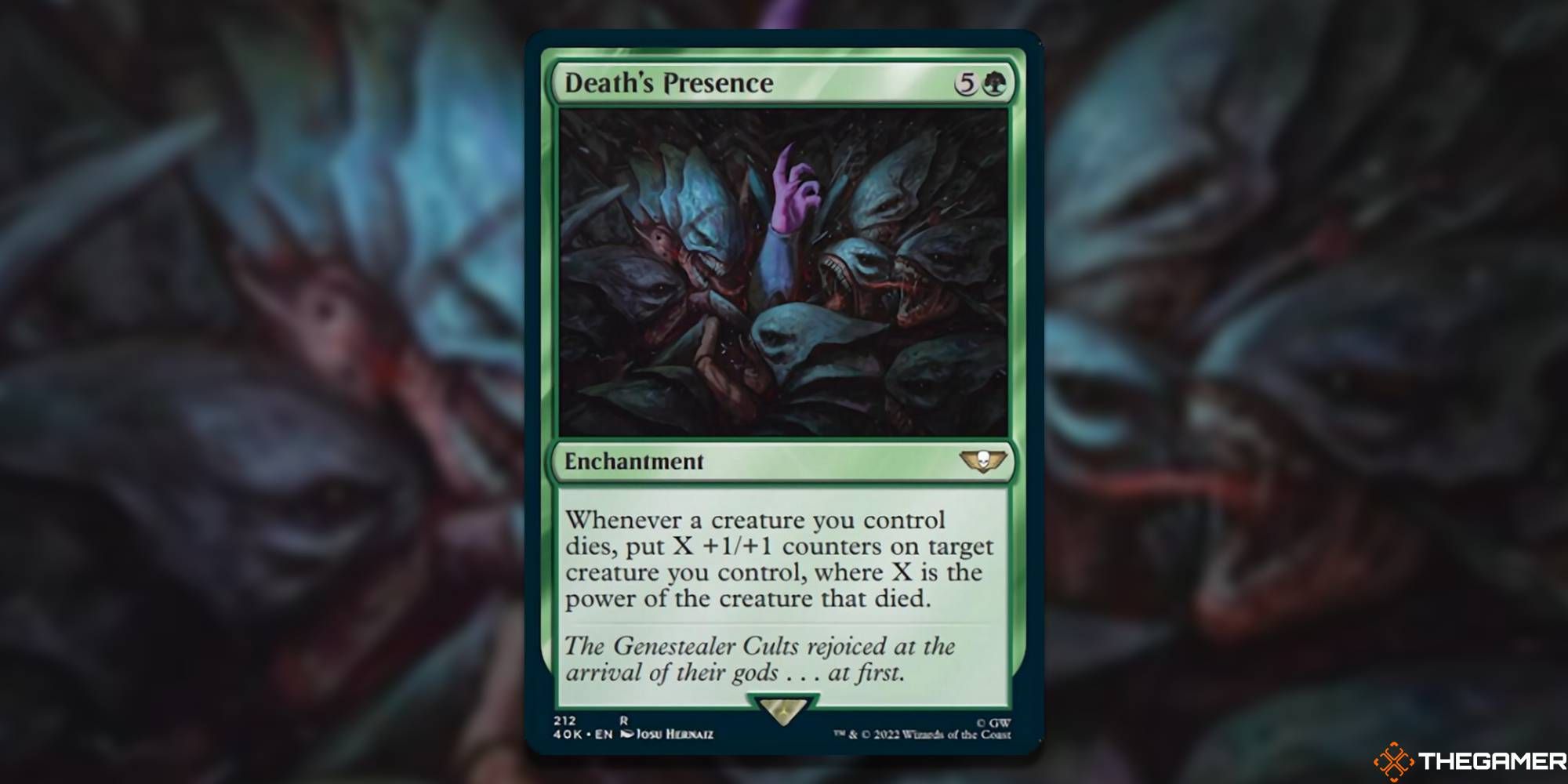 This helps assure that even though you might be losing a powerful creature, its power won’t go to waste. Place those counters on a creature with trample or indestructible, and you’ll get the most bang for your mana.

8/10 Out Of The Tombs – Necron Dynasties 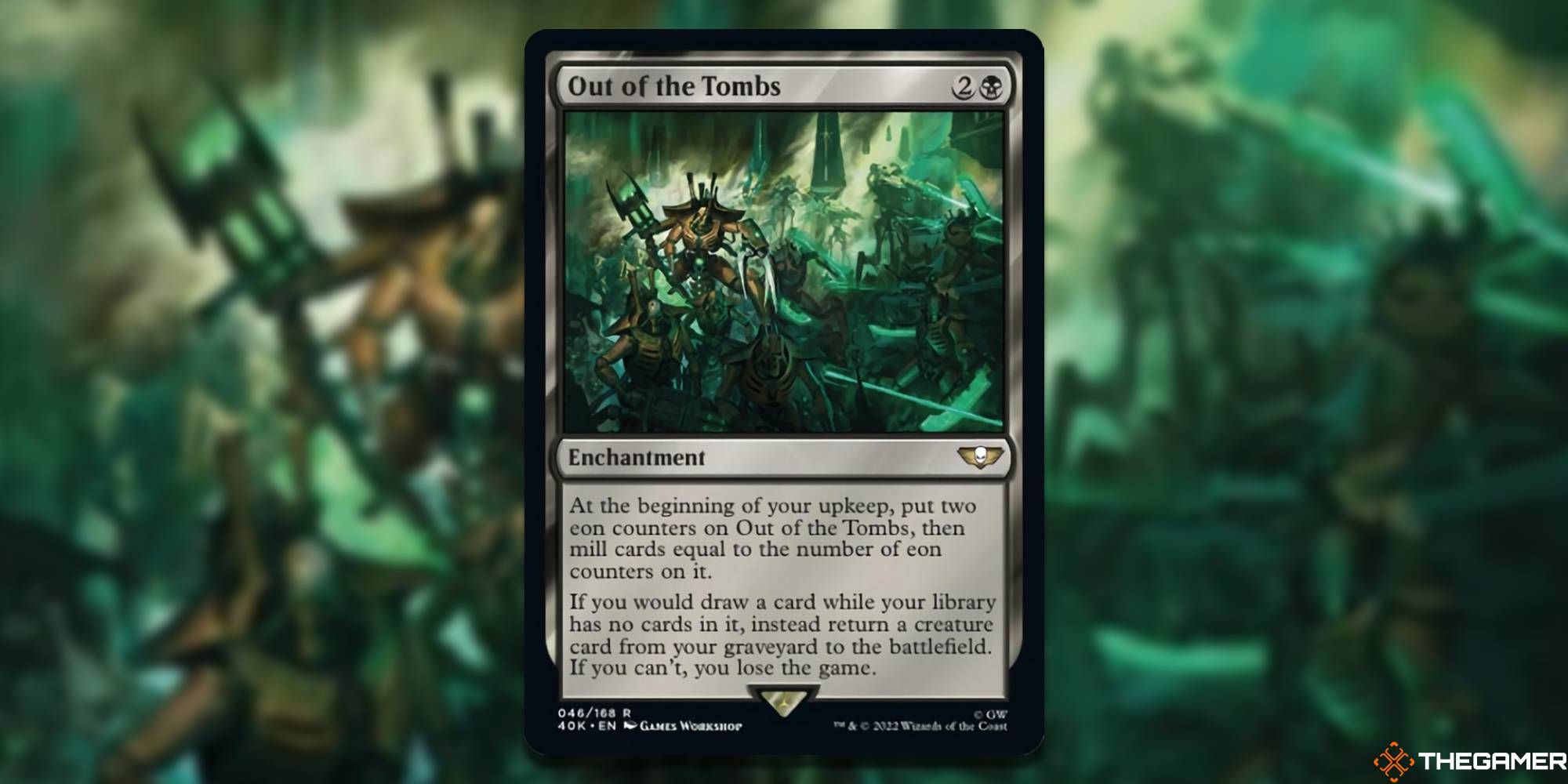 Out of the Tombs is a great way to dodge death, for a time. The first part of this card loads your graveyard up with cards to interact with in decks that play with the graveyard.

Once you run out of cards, you can instead bring back one of those creatures. Of course, if you run out of creatures in your graveyard you will still lose the game, but, for a time, you’re safe.

7/10 The Horus Heresy – The Ruinous Powers

What is important is that, with The Horus Heresy in play, you gain control of a creature from each opponent, then get to draw a card for each creature you control that isn’t yours, and then each player gets to pick a creature to destroy and then sends them all to oblivion. 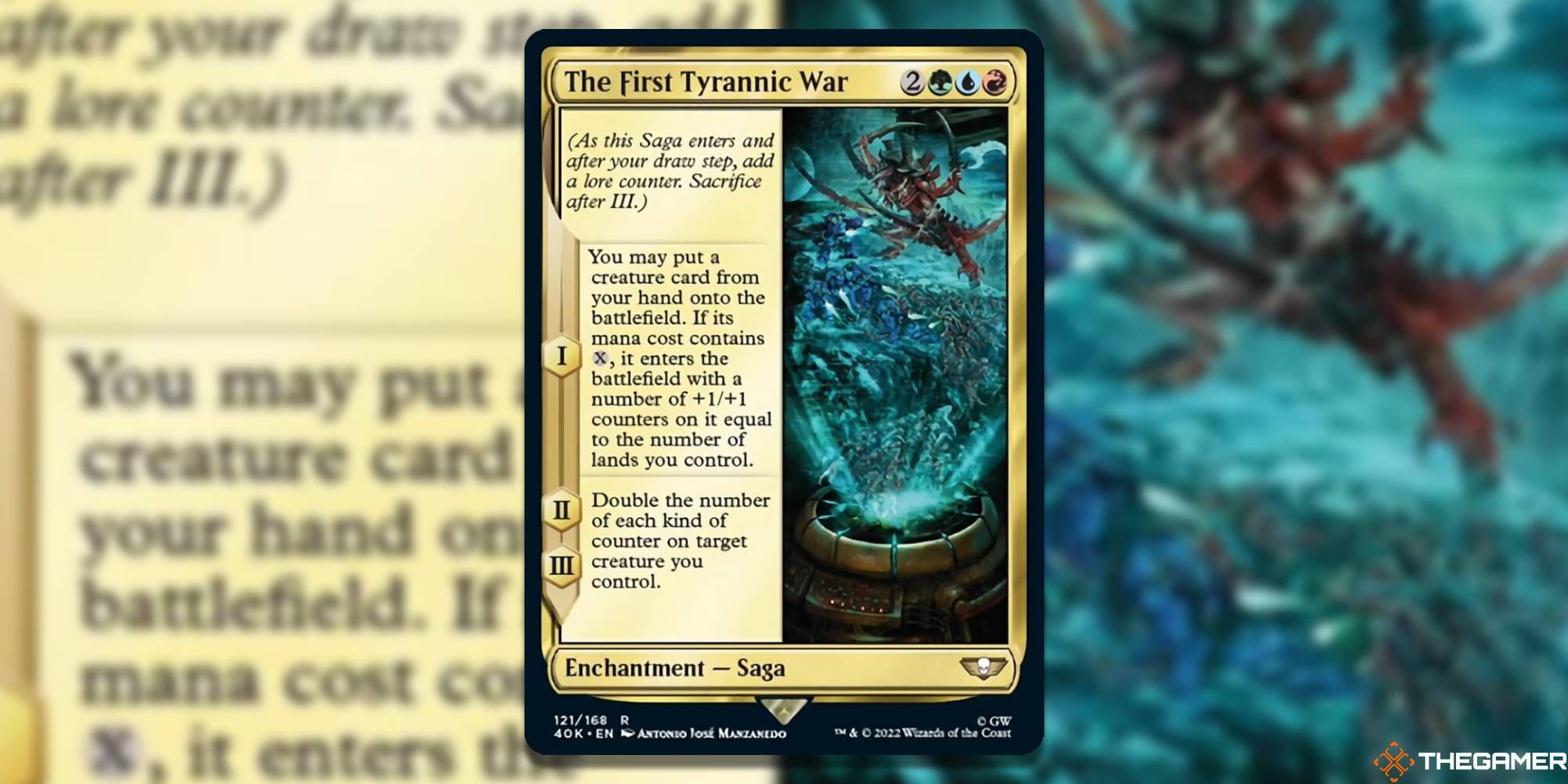 Another Saga, this time depicting the first time the Imperium of Man fought against the Tyranids. With The First Tyrannic War, you can cheat into play a creature with X in its casting cost, giving it +1/+1 counters equal to the number of lands you control.

Later in the game, with plenty of lands out, you’ll get a pretty powerful payoff for this Saga. For each Lore counter you add to the Saga after the first, you get to double the number of counters on one creature you control, making one thing monstrously large if you want. 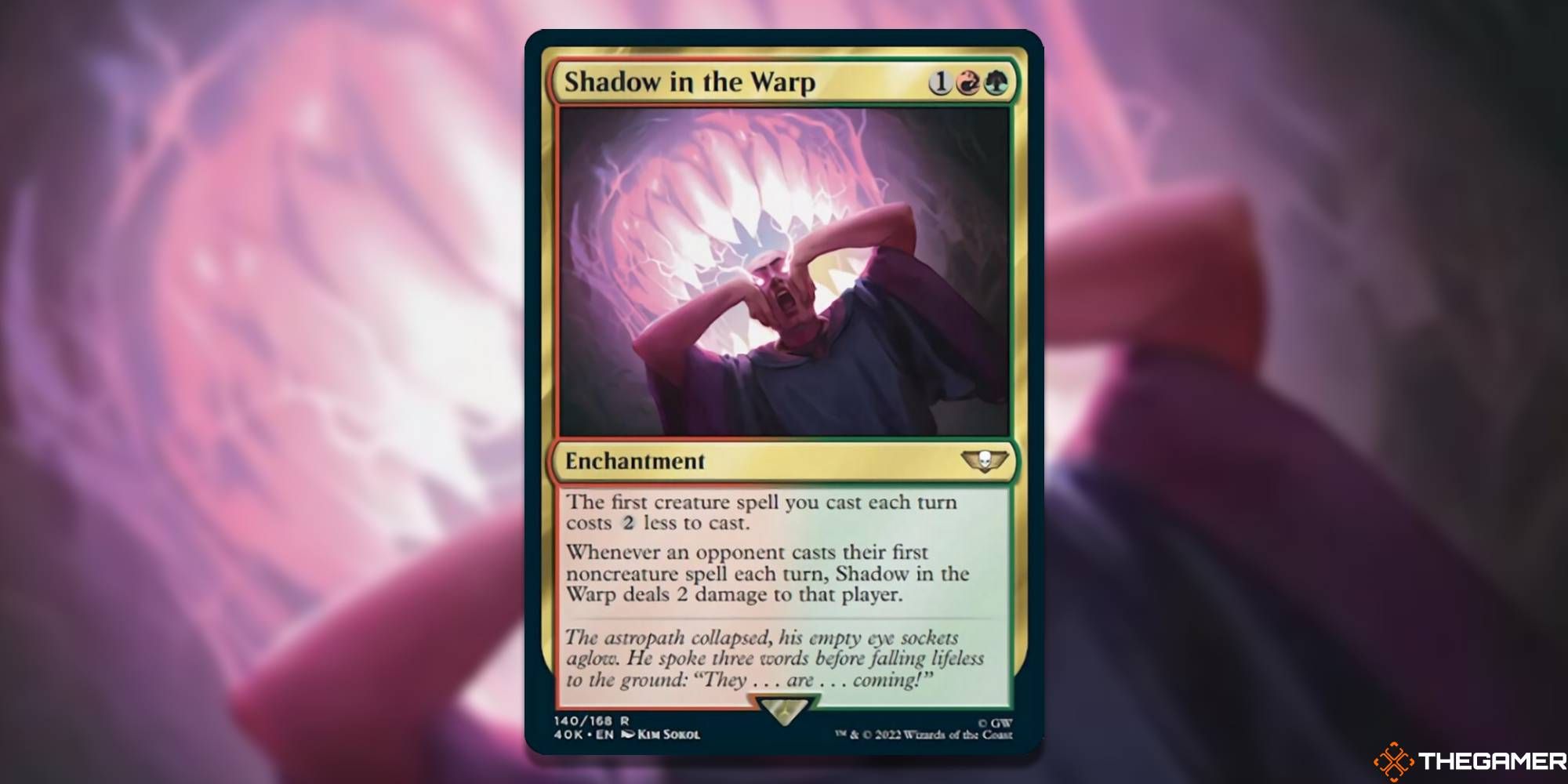 This little enchantment does two different things extremely well. First up, Shadow in the Warp reduces the casting cost of the first creature you cast by two generic mana. This allows you to cast some pretty powerful creatures early in the game.

Secondly, Shadow in the Warp punishes players for casting non-creature spells by hitting them directly for two damage. Combine Shadow in the Warp with a few other punishing Commander cards like Ruric Thar or Cindervines, and the damage will add up quickly. 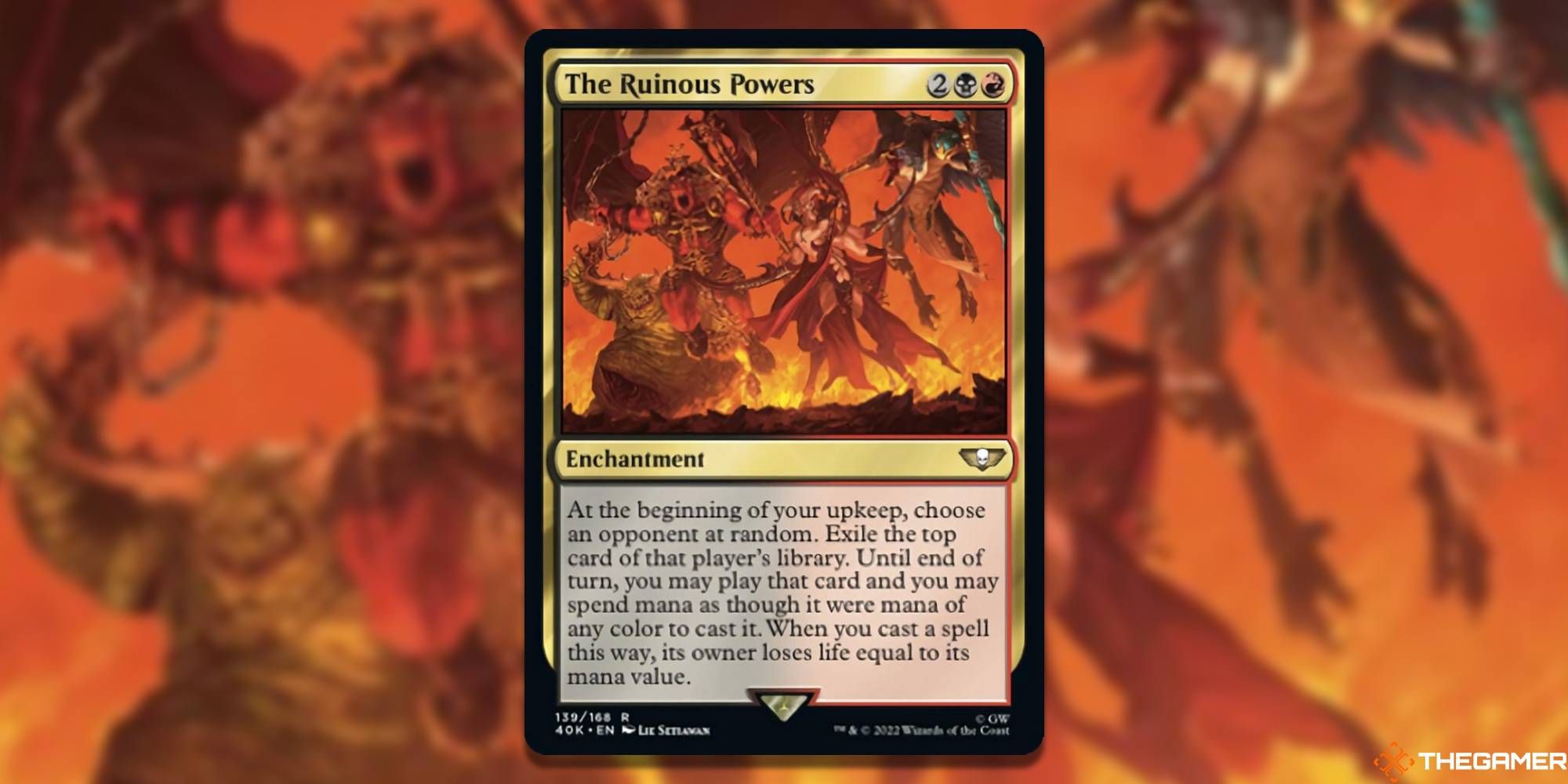 This self-titled enchantment is an agent of chaos, but just for you. At the start of your turn, you get to pick an opponent randomly, exile the top card of the library, and if you want, cast it spending mana any way you like.

The best part of The Ruinous Powers is that, when you cast that spell, you deal damage equal to that card’s casting cost to that player. The second best part of this enchantment is if you don’t cast it, it stays in exile forever. 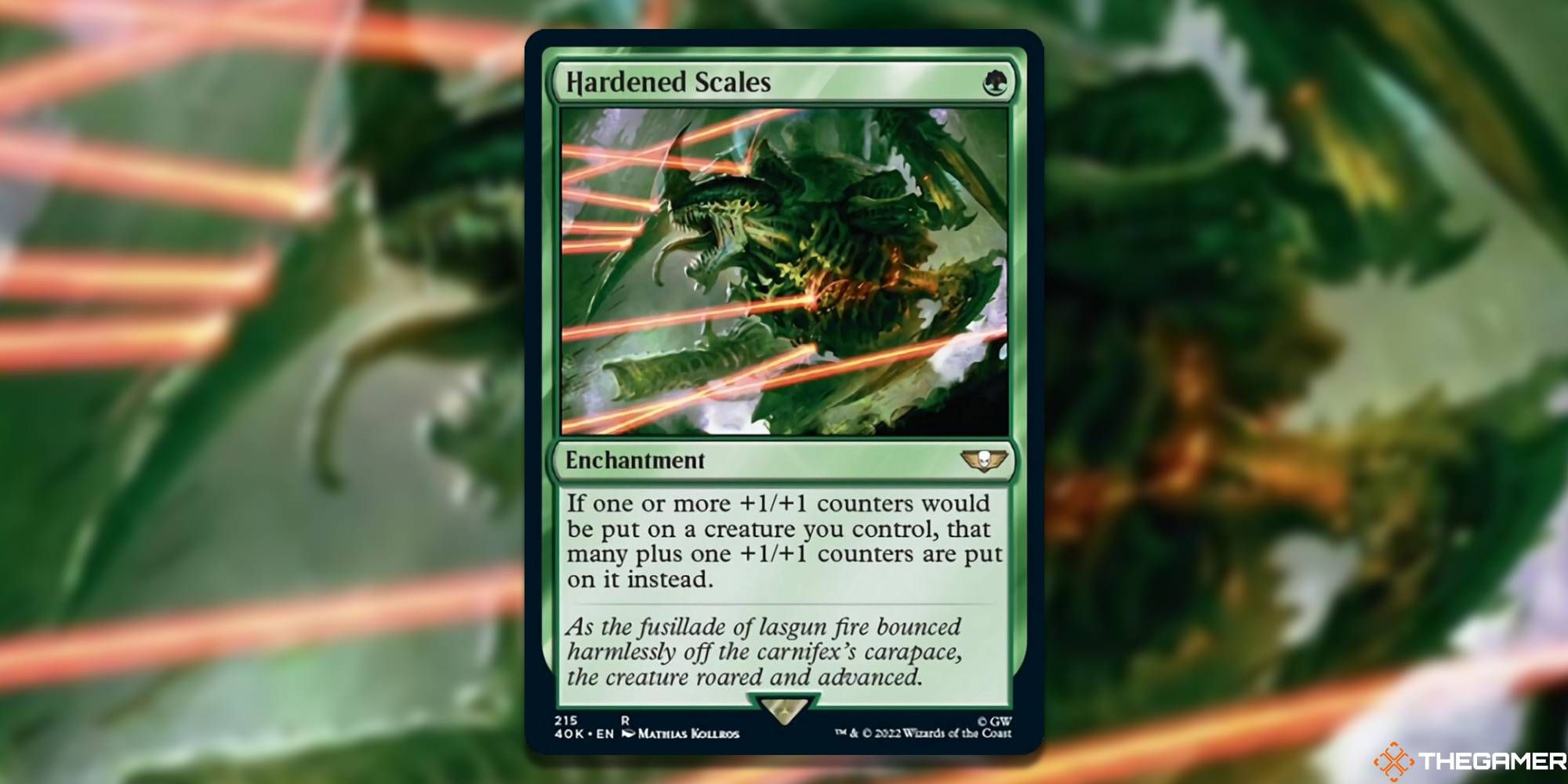 Another reprint and a classic combo piece, Hardened Scales allows for some fun and fair plays, and some wildly broken ones. On the surface, Hardened Scales just allows players to double up on the +1/+1 tokens they add to creatures they control.

In the right decks, this is great considering it’s a one-green-mana enchantment. When combined with cards like Walking Ballista, Doubling Season, or Winding Constrictor, you have all the pieces for any number of combos to secure a game. 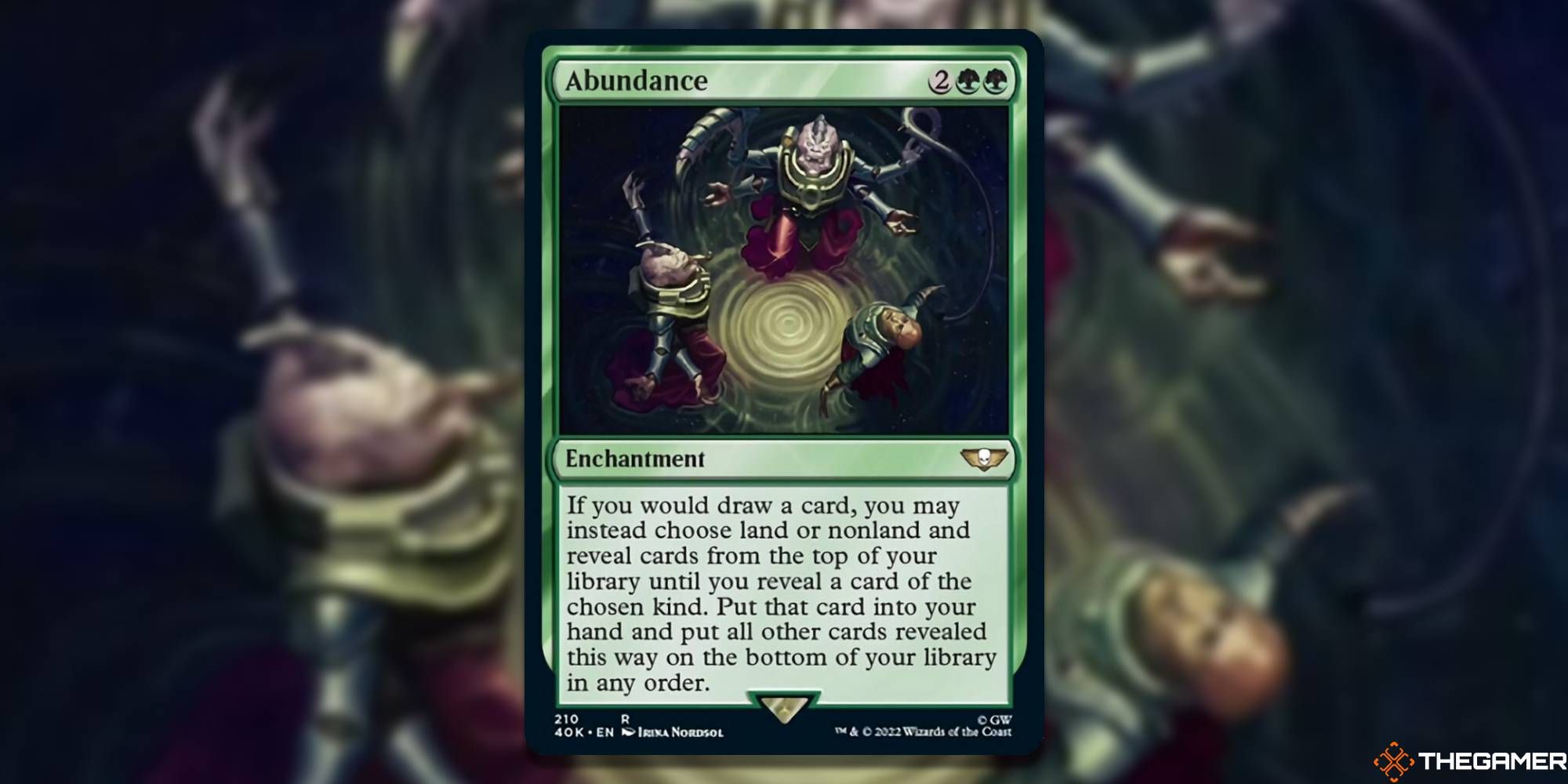 This powerful enchantment is another reprint, and is one that creates some of the smoothest draws you could imagine. Instead of drawing a card, you may choose to pick between land or nonland. Depending on which you choose, you reveal the top card of your library until you find a card of that type and then add it to your hand.

It all but guarantees you’ll never miss a land drop when you need it or it’ll get you through a late-game land pocket if you need it. 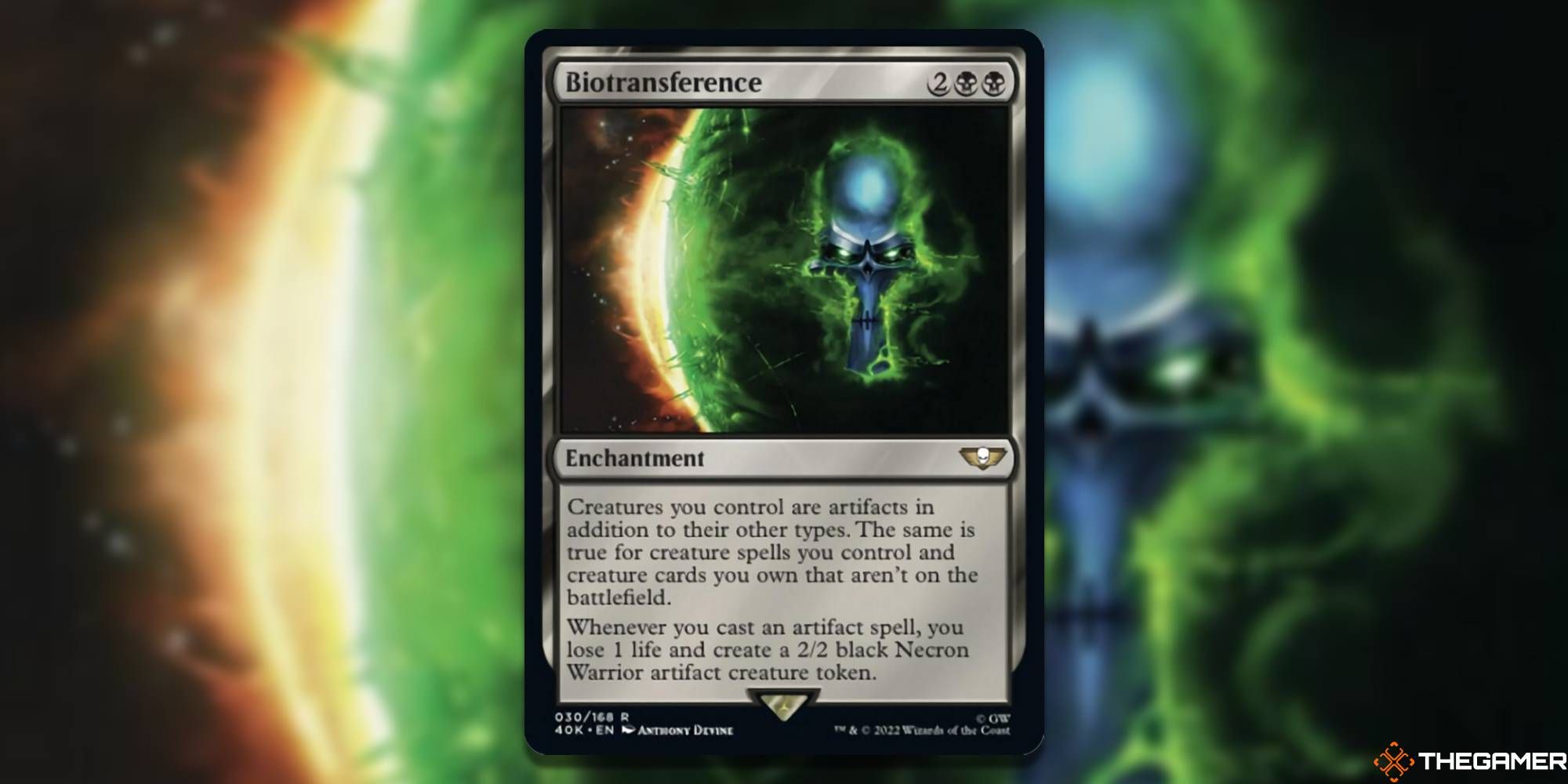 With Biotransference on the field, every creature you own, no matter where it is, is now an artifact in addition to its other types. Combine this card with Rebbec, Architect of Ascension and you end up giving all artifacts you control protection from pretty much everything.

Need to search for a specific creature? Now Kuldotha Forgemaster can search up creatures from your library. Any card that searches for artifacts can now grab any creature you might need. With a little set up, Biotransference can setup some amazing scenarios for you to experiment with.