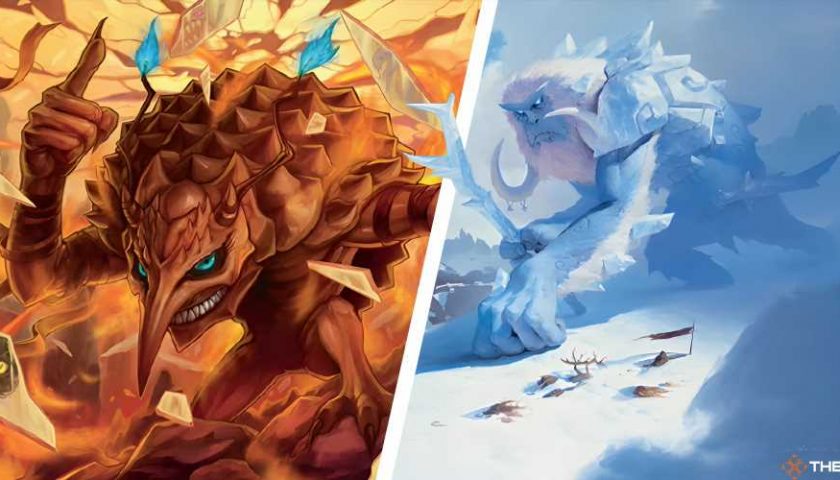 Wizards of the Coast has given us our first proper look at 2022’s final Magic: The Gathering set, Jumpstart 2022. To kick things off, it was confirmed that one of the game’s scariest combo pieces would be included with new, manga-styled art.

The first two ‘packets’ revealed for Jumpstart 2022 include Snow, which features an exclusive new commander Isu the Abominable and multi-format staple Coldsteel Heart, and Speedy, which brings back the nightmare of Kamigawa, Kiki-Jiki, Mirror Breaker.

Revealed on the WeeklyMTG stream, Snow and Speedy are the first two themed ‘packets’ coming in Jumpstart 2022. Each booster pack (or ‘packet’ as Wizards calls them for Jumpstart) contains 20 cars, complete with lands. Like 2020’s Jumpstart, 2022 is focused on a limited format that challenges you to shuffle two random-themed booster packs together to make a fully-playable deck. 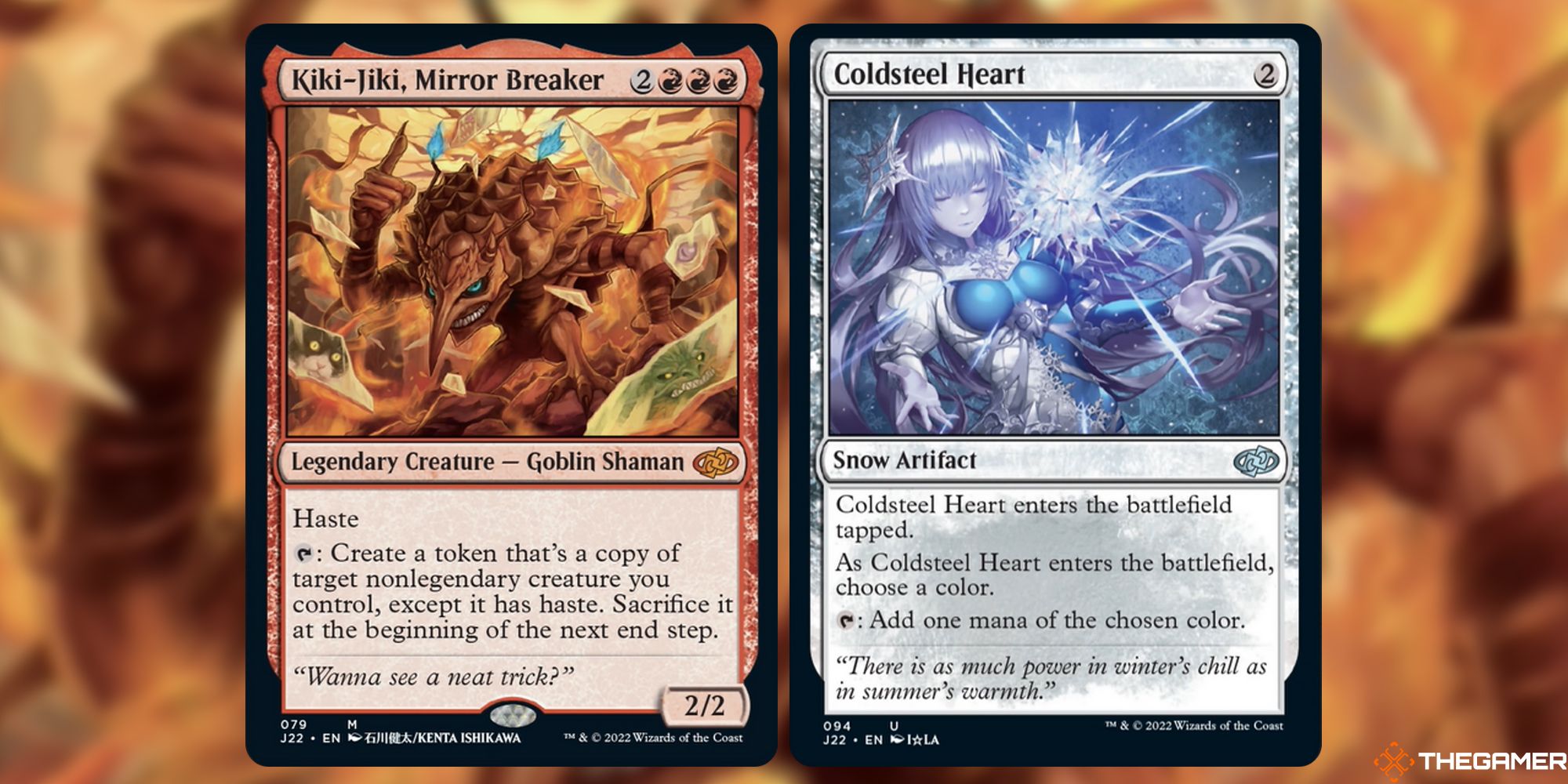 Alongside reprints like Coldsteel Heart, Kik-Jiki, Nest Robber, and Avalanche Caller, we also saw two of the new exclusive cards debuting in Jumpstart 2022. The first is Isu the Abominable, a Bant (white/blue/green) Snow-matters commander that grows bigger the more snow permanents that enter the battlefield under your control. The second is Ardoz, Cobbler of War, a mono-red Goblin commander that plays very nicely with hasty, aggressive creatures by providing them with +2/+0.

The original Jumpstart was one of the best-received releases for Magic in recent history, spawning numerous spinoffs such as MTG Arena’s Jump In! format, and the new Jumpstart booster packs that debuted with Dominaria United. On top of its new, hassle-free take on limited deckbuilding, it also featured a number of powerful reprints like Allosaurus Shepherd and Cathar’s Crusade, and popular exclusives like Tinybones, Trinket Thief. 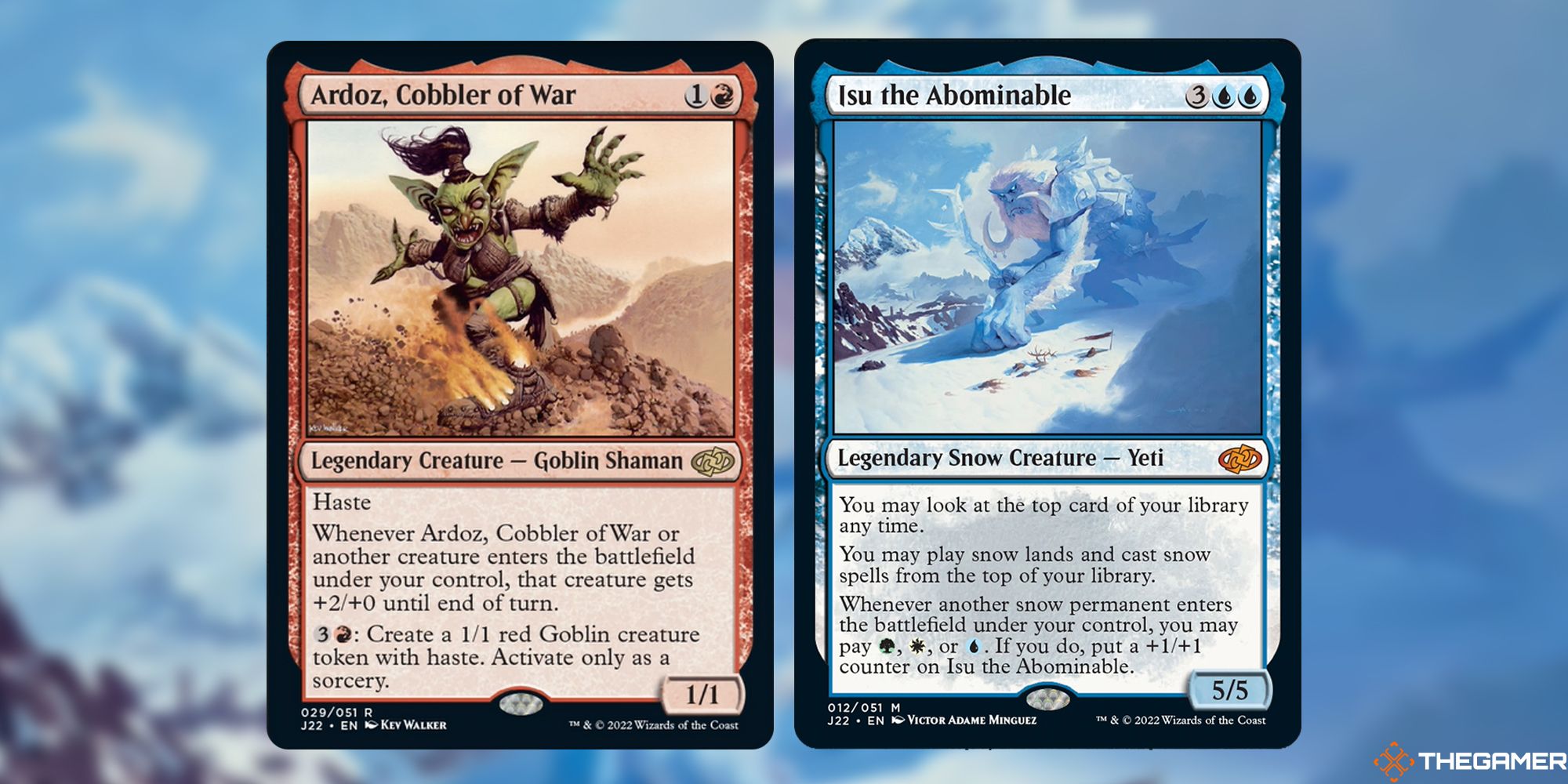 Unfortunately, Jumpstart also launched at the peak of the Covid-19 pandemic, meaning many people were left unable to play the format as intended due to lockdowns and restrictions. To make matters worse, it was controversially pulled from Arena after release, leaving people with no way to play Jumpstart in either physical or digital form.

Jumpstart 2022’s preview season will begin “shortly before Thanksgiving” (late November), ahead of its release on December 2.