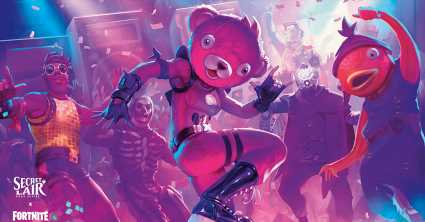 Magic: The Gathering will continue its series of crossover cards with two sets featuring characters from the worlds of Fortnite and Street Fighter. The announcement was made Tuesday during the Magic Showcase 2021 streaming event. No firm release date was given.

Both sets of cards will be available as part of publisher Wizards of the Coast’s Secret Lair, which features print-on-demand cards that are only available for a limited period of time. These highly collectible sets have been a point of contention for the community in the past, with issues related to card availability and game balance cropping up multiple times. This time around, though, Wizards has detailed messaging that should stave off concerns.

First, Fortnite-themed cards will be reprints, meaning they will be older cards from throughout the history of Magic: The Gathering but featuring new and exclusive art. That will make them desirable for collectors and fans of Fortnite. Fortnite-themed cards won’t be something that dedicated players necessarily need to purchase in order to stay current with Magic’s multilayered metagame. They might own them already, or have easy access to them on the secondary market.

Image: Martina Fačková/Wizards of the Coast

Second, Street Fighter cards will be unique, featuring new gameplay mechanics that reflect the classic video game’s many iconic characters. Alternate versions of these new cards will be available inside random booster packs sold at retail. That means fans won’t necessarily have to pay a premium to participate in the Secret Lair program to gain these cards.

Both of these crossover sets will be part of Magic: The Gathering’s Universes Beyond, which also includes crossovers with Warhammer 40,000 and J.R.R. Tolkien’s Lord of the Rings.

“Sometimes we’re looking to do something quicker, or lighter, or experimental,” said product architect Mark Heggen during Tuesday’s presentation. He said that the Secret Lair program allows his team to do just that, helping them to highlight “the flavor, and character, and world” of franchises like Fortnite and Street Fighter. You can read more about the Secret Lair in our feature story.