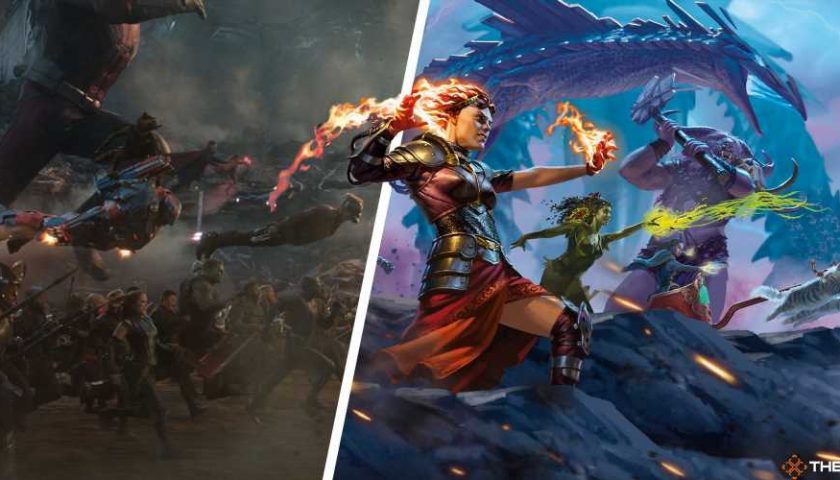 One of the most memorable aspects of the Marvel Cinematic Universe is its reveals. Every San Diego Comic Con, Kevin Feige takes to the stage and throws a whole timeline of vague names and dates at a crowd of screaming fans. For anyone without much of an investment in the MCU, it looks silly to see hundreds of people cheer at the logo for Captain Marvel 3: This Time There’s Also Beak From X-Men, but for those in the room or watching at home, it’s downright electric.

Magic: The Gathering’s set reveals aren’t too different in that regard. While it doesn’t get the packed auditorium and main billing at Comic Con, the yearly unveiling of the next 12 months is one of the most exciting times in the calendar. But coming off the back of this year’s inaugural Wizards Presents, where we saw right up to the end of 2023’s releases, it feels like Magic is borrowing from the MCU in a lot more ways than the mechanisms of its reveal.

Everything about the next year of Magic feels tinged with Marvel’s approach to telling ongoing stories, from the way the sets are spaced out, the characters they include, and even their logos. Simply look at the logo for March of the Machine, with its Phyrexian symbol embedded in there, and tell me that it doesn't look like something you’d see on Disney+. 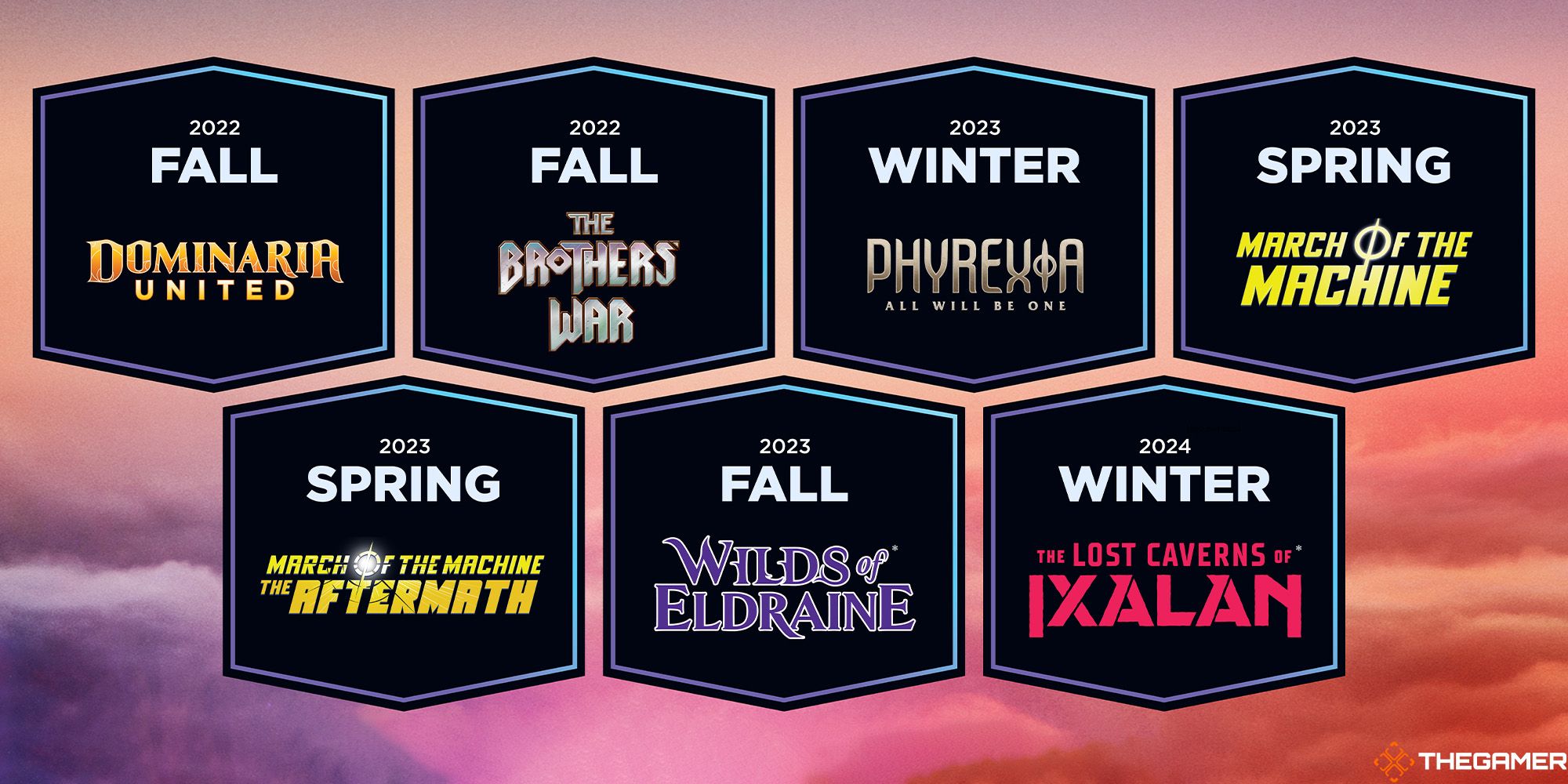 In Magic’s story, we’re currently heading for a big confrontation with the Phyrexians, a monstrous, metallic species who aim to convert all organic matter to their own design. In true MCU fashion, they first reappeared in the game almost two years ago, with a surprise appearance of the Phyrexian Praetor Vorinclex. Like Marvel’s famous post-credit sequences, it was a cool moment that fans still point to and say “oh my god, it’s Vorinclex!”, but ultimately did nothing useful for the wider Kaldheim story. 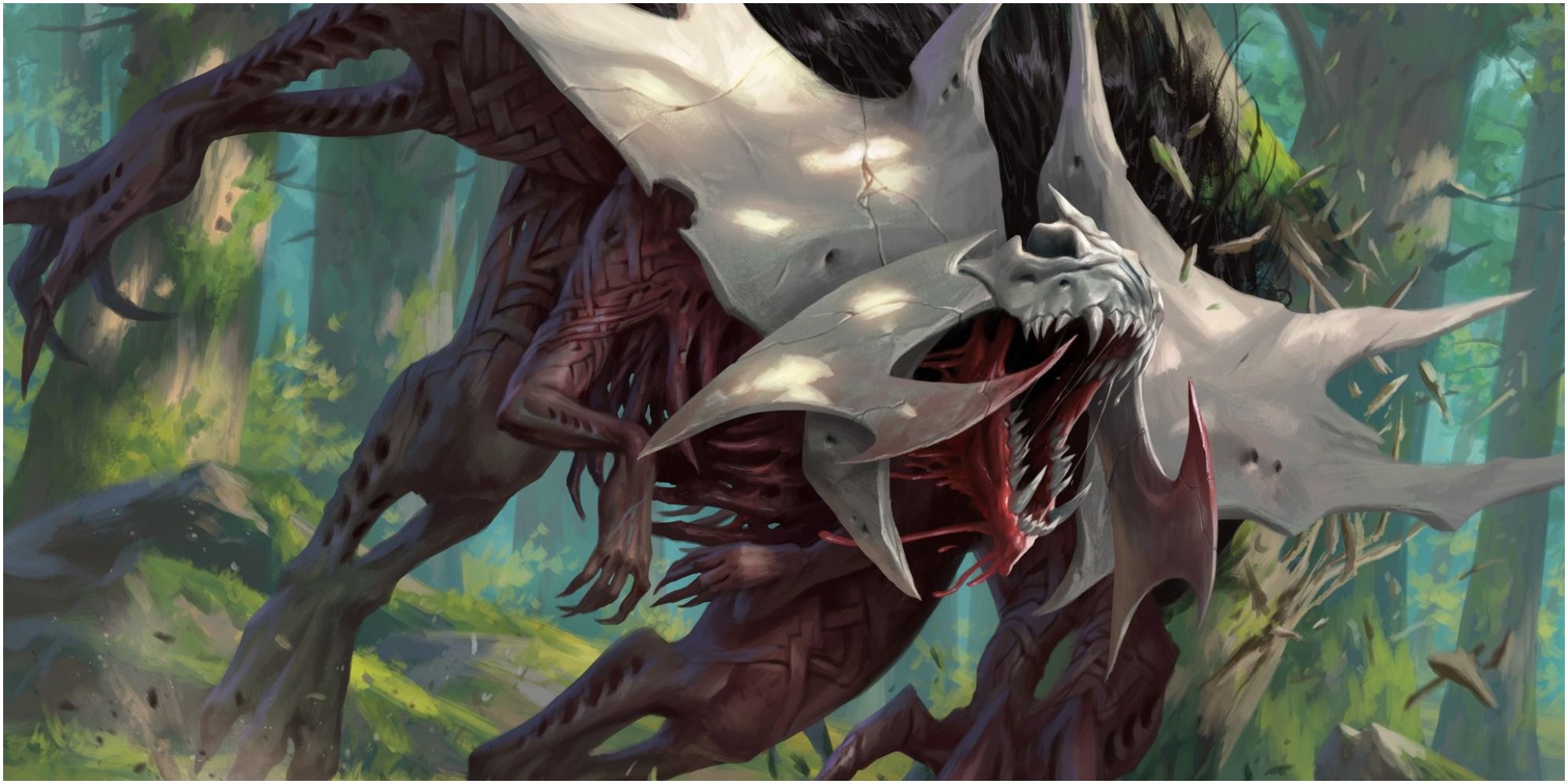 Just as Thanos first appeared in The Avengers, years before he’d become a major threat, Vorinclex and the Phyrexians were mostly in the background for the rest of 2021. It wasn’t until 2022’s Kamigawa: Neon Dynasty that things kicked up a notch, with the arrival of the second praetor, Jin-Gitaxias, and the compleation (Phyrexian conversion) of everyone’s favourite Planeswalker, Tamiyo. This was an even more plain allusion to Marvel, with the reveal that Tamiyo was now effectively dead and corrupted being left for the epilogue.

While the story has ramped up the Phyrexians a lot more, with Dominaria United finally making sleeper agents the main threat of Dominaria United, we’re not quite at Magic’s Avengers: Endgame just yet. This is more the Infinity War moment, where the threat is clear and the combatants are assembling, but we won’t get that iconic moment of everyone assembling until March of Machines next year. But the wait should be more than worth it. 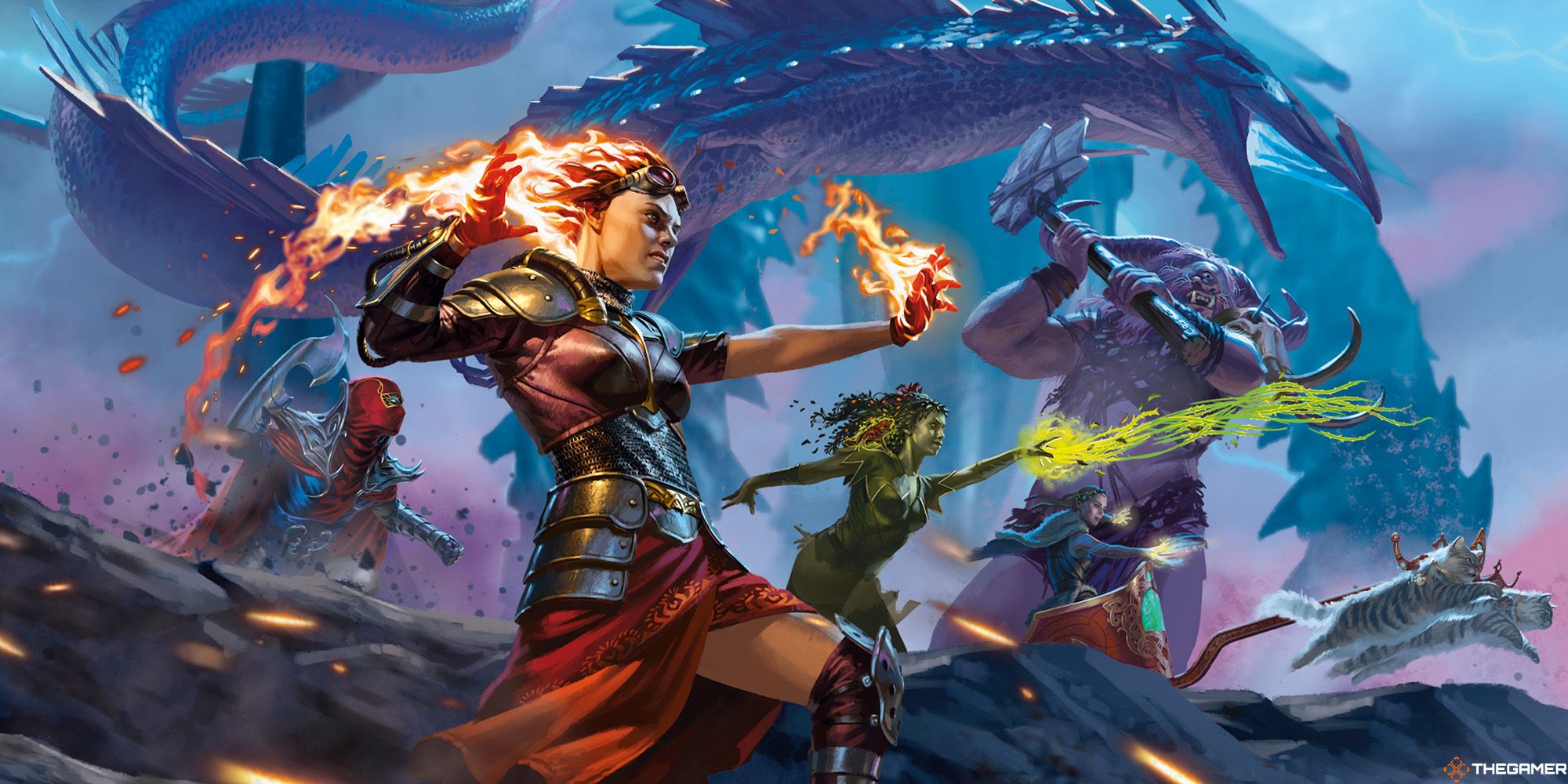 As the first art for March of the Machine shows, Magic’s taking Marvel’s kitchen-sink approach to cameos and throwing seemingly everyone across the entire multiverse into the same battle. One art showcases Teferi and Elesh Norn, with scenes of Phyrexian-ravaged Kamigawa and Theros in the background. The other has Chandra Nalar, a Planeswalker – a mage with the ability to jump between universes – fighting alongside Dina, Borborygmos, Dhiren Baral, and Esika. None of these are Planeswalkers and would never meet in usual circumstances, but here they are.

Another way Magic’s borrowing from Marvel’s playbook is in what comes after. The MCU didn’t end when Iron Man snapped Thanos away, and Magic won’t end when Elesh Norn is defeated. Instead, just as Endgame was followed by Black Widow and Spider-Man: Far From Home, Magic is following March of the Machines with Wilds of Eldraine and Lost Caverns of Ixalan. These look like quieter, more self-contained sets to help cleanse the palate after such a monumental war, giving us space to process the aftermath before the next big bad rears its ugly head. 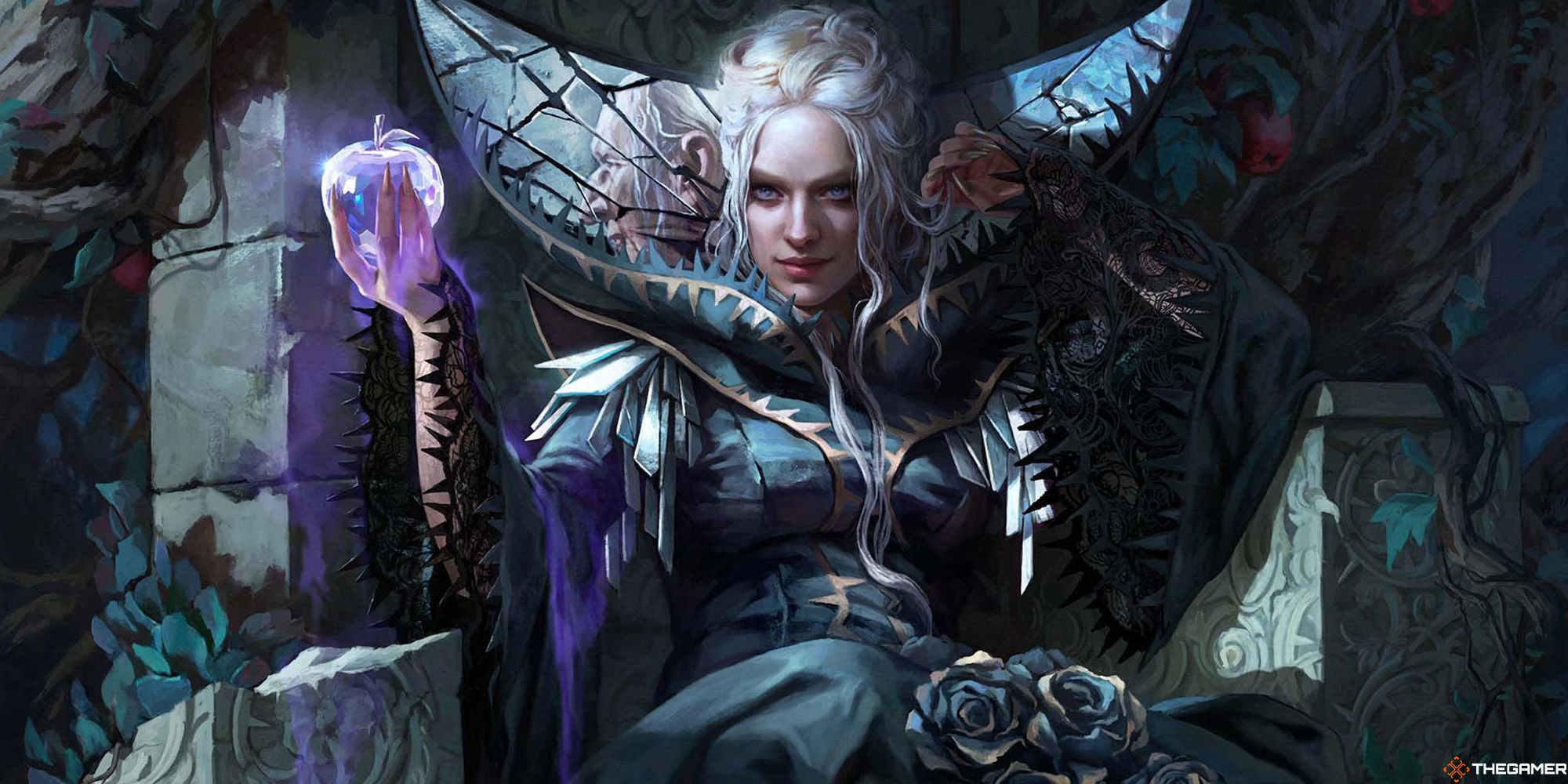 It’s easy to dismiss the Marvel parallels as arguing this is just how long-form storytelling is done. Of course you need hints and tastes before bringing the disparate plot threads together in a thrilling conclusion, but Magic is known for its reliance on pop culture tropes. Head designer Mark Rosewater is a proud comics fan, and has spoken at great length about how important it is for sets to have “resonance” with the audience by playing up common pop culture tropes. 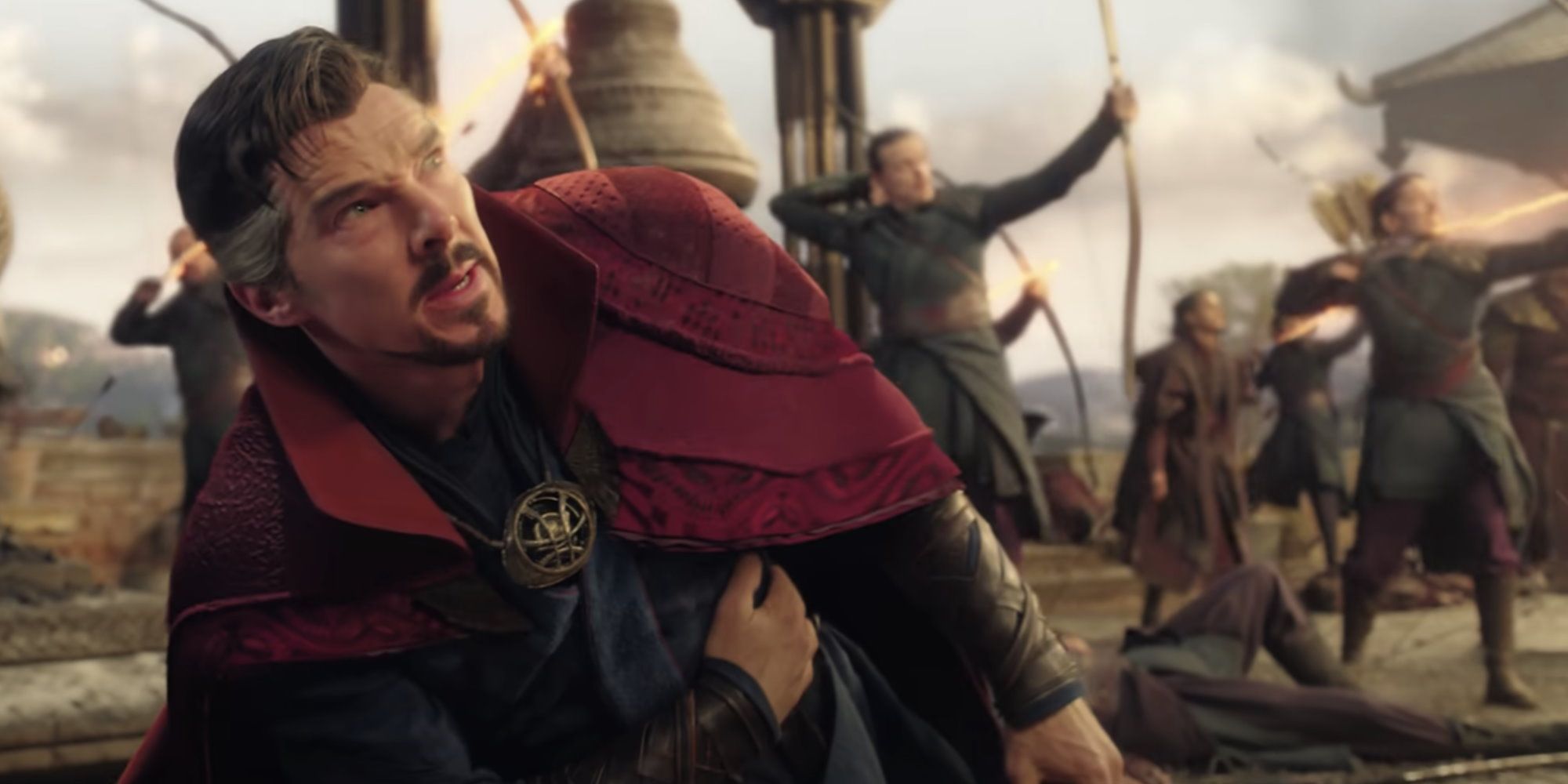 With the multiverse, crossovers, cameos, and cinematic universes having been the rage for so long now, it’s no surprise that Magic is finally getting in on the action. Whether Wizards is setting up March of the Machine as Magic's Avengers: Endgame remains to be seen, but one thing is clear: Marvel has perfected the art of the hype in a way Magic is only just beginning to understand.