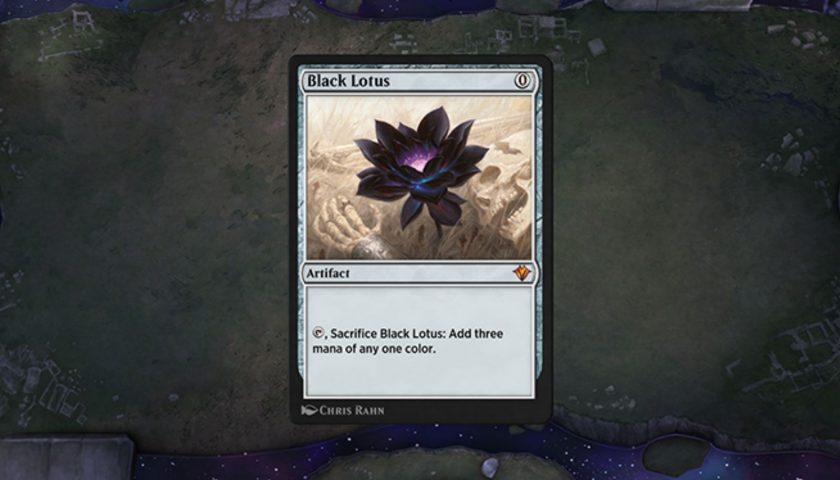 For card collectors, there’s always the dilemma of opening a rare booster pack in hopes of pulling something magnificent, or choosing to preserve its unopened quality. For one Magic: The Gathering fan, that decision was taken away by a higher power, but what followed was ultimately worth the blunder.

PC Gamer recently interviewed New York law firm partner and investor Michael, who has been playing Magic: The Gathering since the mid-90s. After noticing how much his old cards were increasing in value, Michael decided to redirect his funds towards purchasing an unopened pack of Magic: The Gathering’s Beta set. The selling price was not confirmed by the investor, but these booster packs generally sell for anywhere between $7,000 and $15,000. After the pack arrived, Michael was seriously questioning his purchase and decided to try and get a peek at what cards were inside.

Searching for the wisdom of Reddit, Michael asked the community what the best technique was to get a glimpse at the cards without opening the pack. Beta packs are known for having extremely thin packaging, therefore, spotting the cards’ titles through the seal has been achieved before. Michael had no luck, however, and one morning he decided to try to look through the packaging one last time. The investor’s last time turned out to be a little more heavy-handed than intended. The pack’s seal burst open, leaving Michael with no choice but to open the pack and nervously thumb through the cards.

To Michael’s absolute surprise, the last card pulled from the Beta pack was the notorious Black Lotus. Michael described frantically searching for a top loader in his underwear, screaming as he searched. The investor’s grand purchase had paid off, as a Beta Black Lotus in mint condition sells for around $60,000 – an Alpha can go for over $500,000. After convincing himself that the card wasn’t fake, Michael preserved its worth safely within a case and it is currently resting in a safe waiting to be properly graded.

Michael’s stroke of good luck joins other lucky owners of the famous Black Lotus and some collectors are keen to sell their treasure immediately for profit. One Alpha Black Lotus sold in 2019 for over $166,000 on eBay, with a 9.5 Beckett rating. The Black Lotus may have a banned status in the official game, but that is not stopping one of the most feared cards in Magic from causing a scene in 2021.