Magic: The Gathering is best when it's played with other people, and with Game Night: Free For All, you can finally introduce it to your friends. The five decks, each one representing a single color of Magic, are built to be played one-on-one, or in a five-way group.

Each deck included in the Game Night box comes with a brand-new card. These new cards are emblematic of the attributes of Magic, and give players a good grasp of mechanics and themes. Even though the decks are intended to be a good jumping point for players just starting, some are better than others. 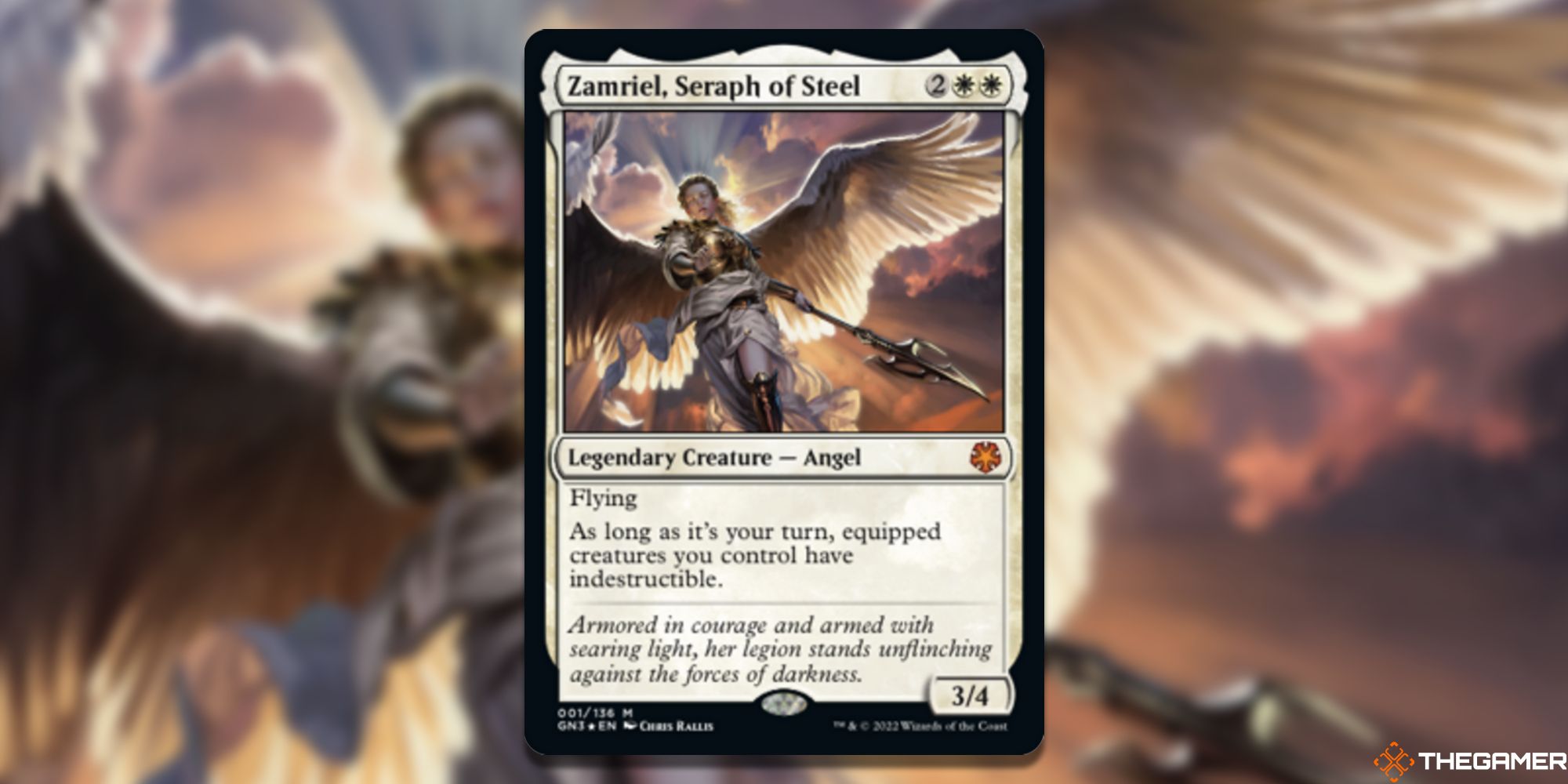 The white deck is split across two different themes, but doesn’t quite bring it together enough to be as much of a threat as some of the others. The first theme is an equipment-based strategy, with many of the creatures becoming stronger when equipped. The second theme is based around Soldier creatures with a couple of angels thrown in for good measure.

While the two themes are very fun on their own, the Glorious Combat deck doesn’t do enough in any one theme. While two of the included Equipment are very powerful, as Argentum Armor and Moonsilver Spear can close games on their own. But without a way to cheat them into play, they can be a little too slow, especially when there’s no way to search your library for them.

The signature card for the deck, Zamriel, Seraph of Steel, gives all your equipped creatures indestructible, which might be a great place to start if you wanted to make an Equipment-based Commander deck. 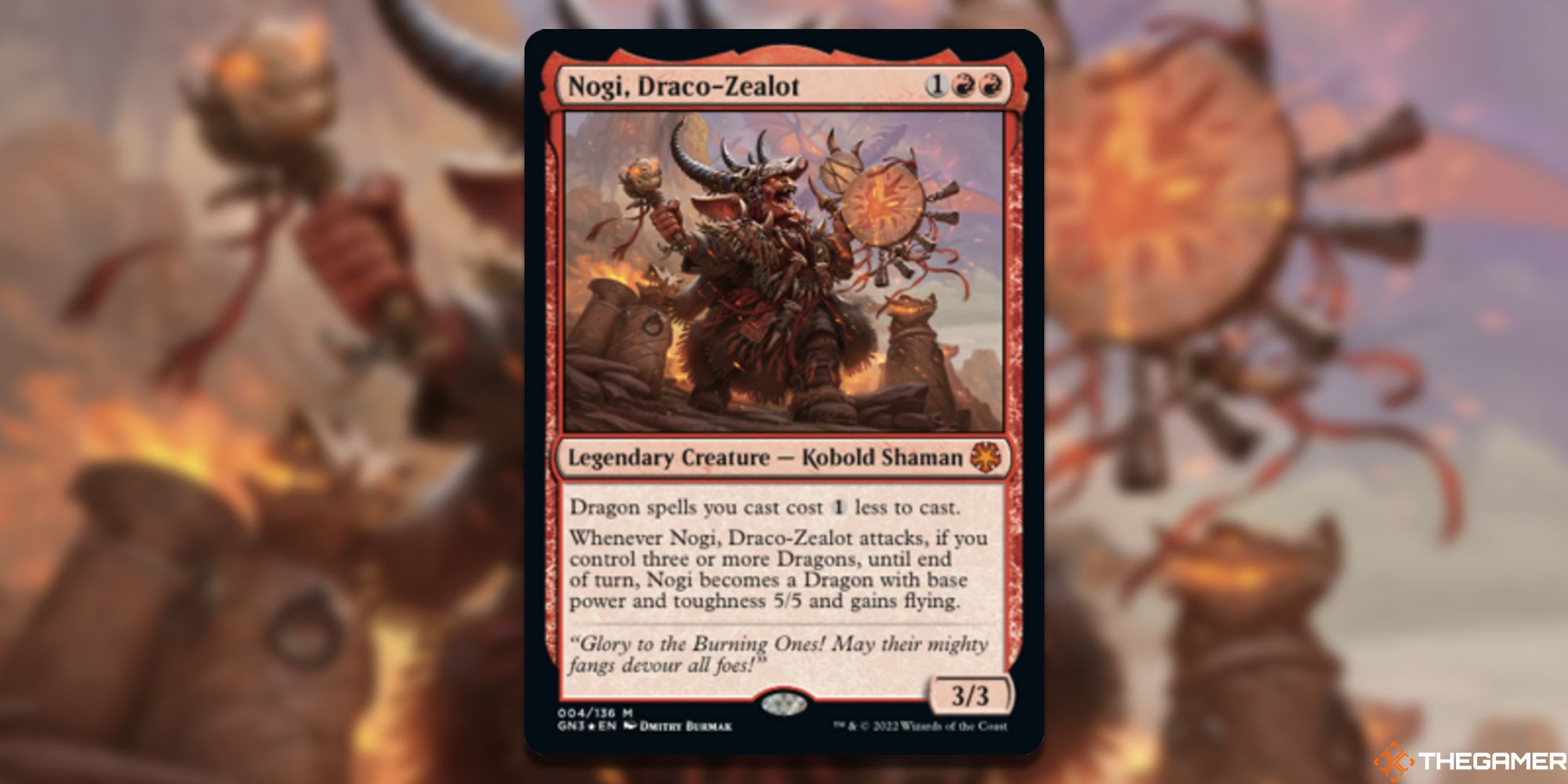 If there’s one thing that red loves in Magic, it's dragons. The Draconic Fury deck is based around getting your Dragons out quickly, thanks to a bunch of Treasure token-creating cards. While the deck lacks a lot of early game plays that are associated with red-based decks, the deck’s mid and late-game plays make up for it.

Unfortunately for red players, there are just not enough good dragons in this list to make it great. The powerful Drakuseth, Maw of Flames can tear through a bunch of life and creatures very quickly, but that’s the most impressive Dragon in the deck. While you can accelerate your Dragons out with Dragonspeaker Shaman, losing it can set you back several turns while you wait for your sixth or seventh land to cast your dragons.

The unique card that comes with the deck, Nogi, Draco-Zealot is very much a ‘win-more’ card. If you have three Dragons in play, you’re very likely already winning the game, and turning Nogi into a 5/5 creature with flying is overkill. Very fun overkill, but still overkill. 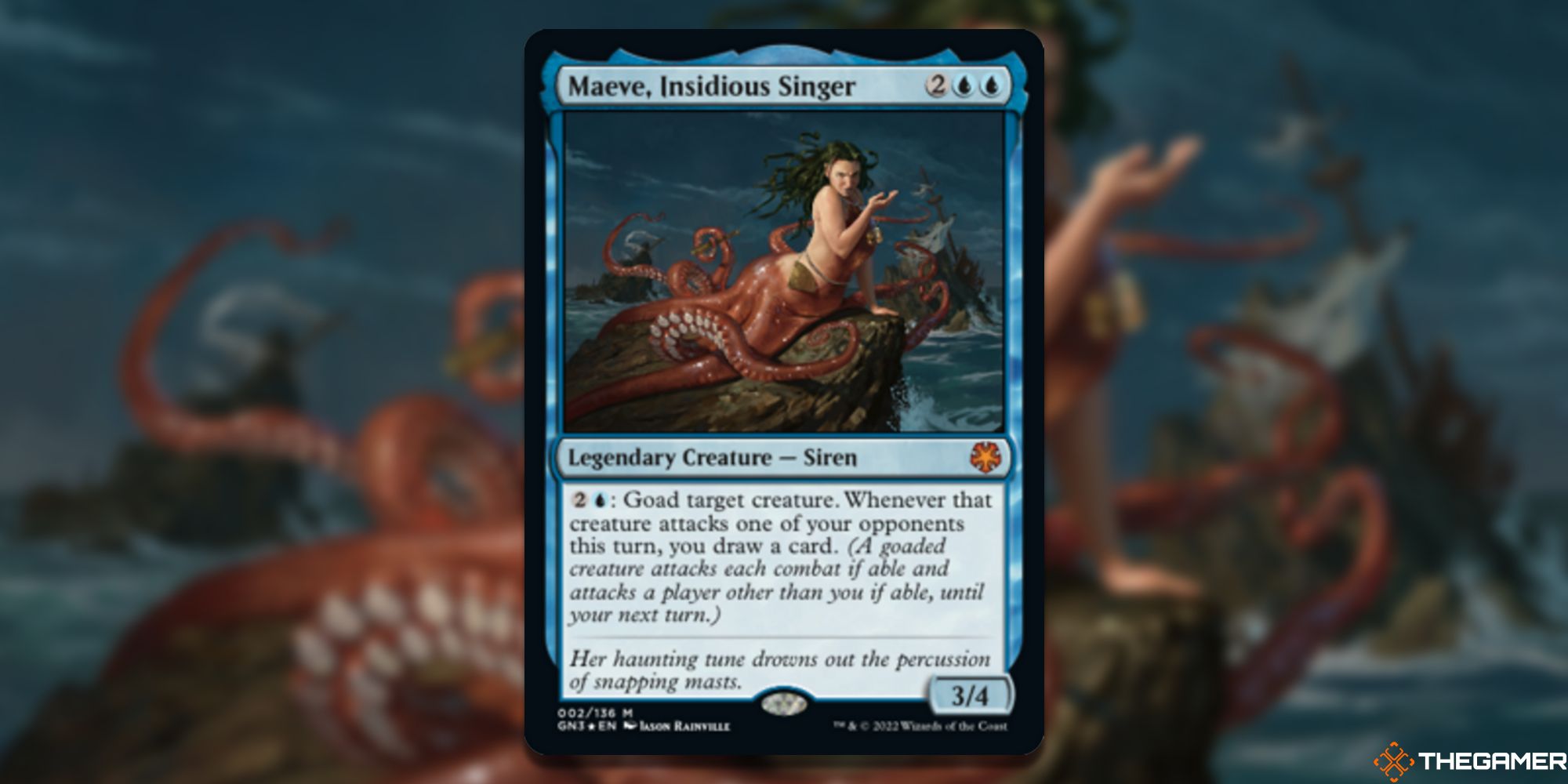 Political Trickery is a solid control deck to play with your friends. Not too many hard counters, with some tempo effects and token generation effects. With cards like Brineborn Cutthroat and Murmuring Mystic, you can quickly make either one big creature or an army of little tokens.

Going in so many directions might feel like the deck is a little unfocused. Without more hard counters, your opponents will have plenty of chances to play their early game unfettered, though late-game you will likely have the say on whether a spell resolves.

Maeve, Insidious Singer is a neat Commander card, but will flounder if used in a one-on-one match. Playing politics with your friends might turn them into enemies, but you’ll have a good time along the way. 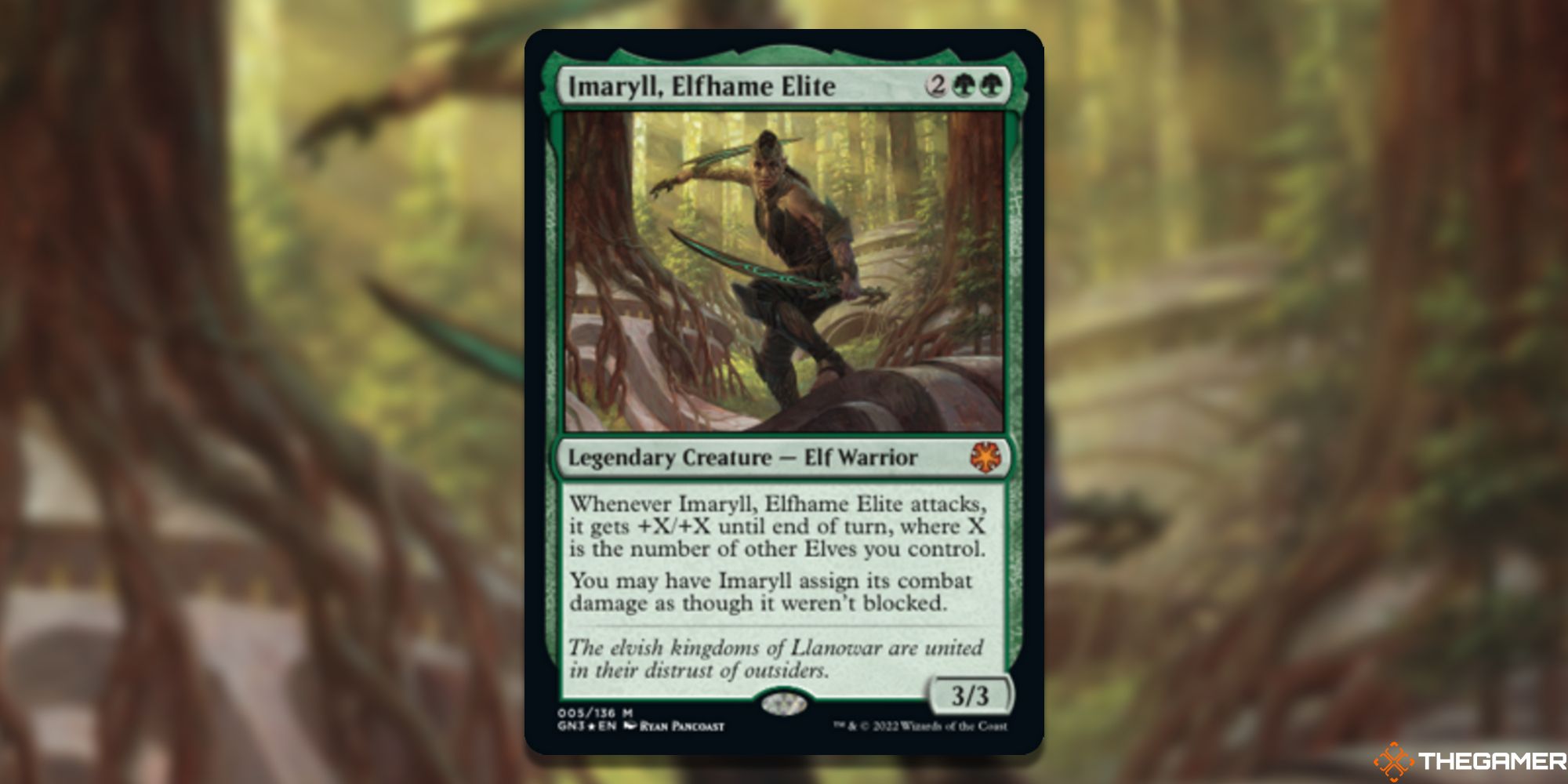 As a very aggressive tribal Elf deck, Boundless Elves goes hard compared to most other decks in the Game Night bundle. A surprising amount of card draw can help keep your hand full, while flooding the board with tons of creatures.

While the number of cards like Elvish Archdruid are lacking in this list, meaning your little Elves, while plentiful, are going to stay little. The deck makes up for this with effects that pump up your entire team like Overrun and End-Raze Forerunners. Without these cards though, you may find it a little difficult to close out games even with an army of smaller creatures.

The unique creature from the deck, Imaryll, Elfhame Elite is a great way to sneak your damage through with that massive Elven army. Each Elf you control gives Imaryll +1/+1 until end of turn, and it can assign damage to a player rather than the creatures blocking it. Sometimes called super trample, this ability can kick a player straight out of the game if they’re not careful. 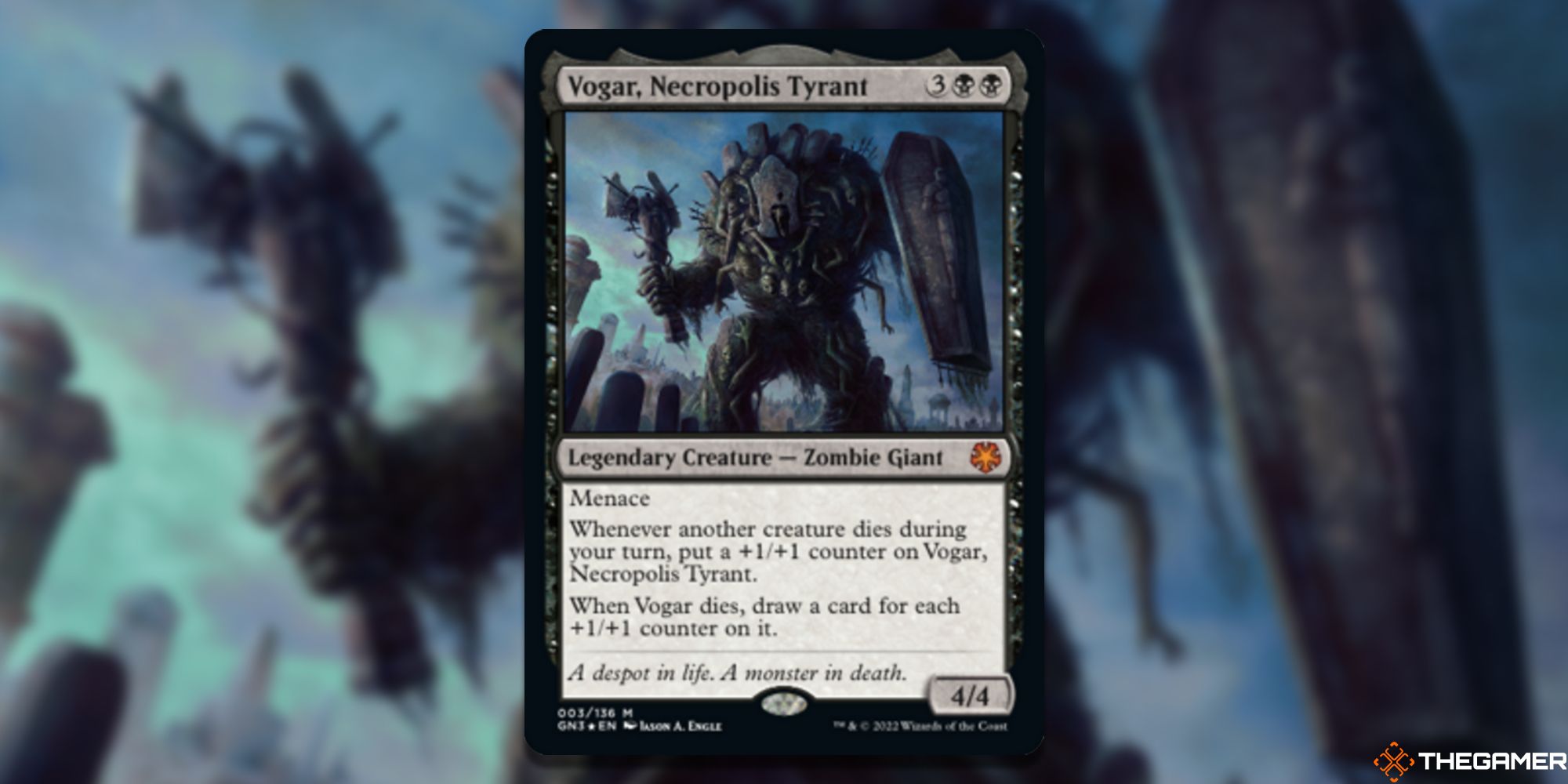 Card draw, destroy effects, and a Zombie theme all come together to make the strongest deck in the Game Night: Free For All box. Cards like Ravenous Chupacabra and Doom Blade help you control the battlefield, keeping your opponent’s larger creatures off the table with very strong removal.

Then with Vilis, Broker of Blood you can command the air, with an 8/8 flying creature that allows you to pay life to give a creature -1/-1 until end of turn, then drawing cards equal to the life you pay.

Vogar, Necropolis Tyrant puts all your sacrifice effects and spells to good use, giving him +1/+1 every time a creature would die during your turn. Then, when it dies, you draw cards equal to the number of counters on it. Even if Vogar does die, cards like Supernatural Stamina and Gravewaker can bring it back to play.