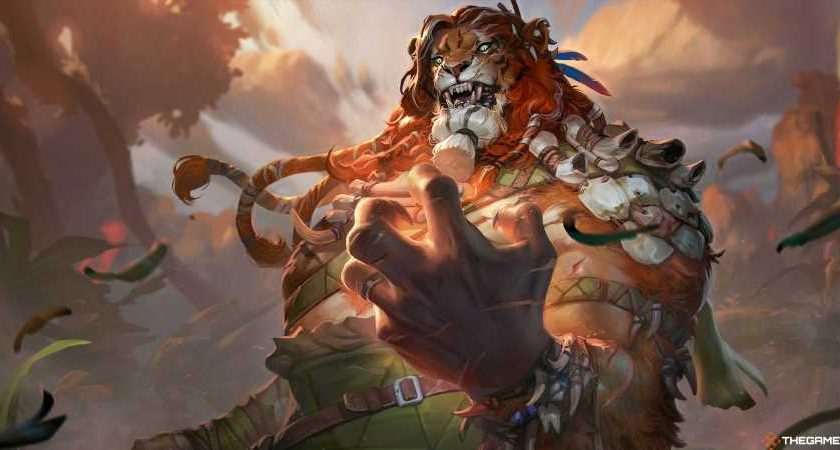 Wizards of the Coast has announced a new mechanic is being added to highly exclusive list of Magic The Gathering's evergreen keywords, although there will be a few caveats to this.

Evergreen keywords are mechanics that are considered healthy for the game, and are free to be used in a set as much as Wizards wants. Mechanics like trample, scry, lifelink, and vigilance are all good examples of evergreen keywords.

In the latest episode of Good Morning Magic, hosted by senior designer Gavin Verhey, it was announced that Goad is going to be joining that list. Goad is a mechanic that forces a creature (or creatures) to attack if able, but they can't attack you unless there are no other valid attack targets.

According to Verhey, goading creatures is seen as a great way to break a stalemate where nobody wants to attack. It isn't as harsh as a removal spell, but it does work to protect you from specific creatures in a similar way – something red, which is goad's primary colour, often struggles to do.

However, there is one big thing: goad is only being considered 'Commander Evergreen', a new term to describe mechanics that can be used freely in multiplayer-focused products like Commander decks or Commander-focused sets. Although we have seen some goad-like effects in premiere sets recently, it likely won't be used there anywhere near as much as it is in multiplayer formats. After all, part of the whole point of goad is to throw an enemy at another player, but if there is no other player available it will be forced to come at you instead.

We've already seen goad appear quite a bit over the last year: Komainu Battle Armor and Kaima, the Fractured Calm from the Kamigawa: Neon Dynasty red/green Commander deck; Laurine the Diversion from Innistrad: Crimson Vow's Commander products; Lucas, the Sharpshooter from the Stranger Things crossover, and Karazikar, the Eye Tyrant all featured goad in just the ten months. Before that we also had Kardurr, Doomscourge from Kaldheim which, while not keyworded as goad, does have a very similar ability.

We have had mechanics designed with Commander in mind before, but this is the first time a mechanic has been officially considered 'Commander Evergreen'. It will be interesting to see if this opens the way for other mechanics to become more prevalent, such as the always-popular Monarch mechanic.

According to Verhey, we should expect to see more goad in upcoming Commander products, like the Streets of New Capenna-themed Commander 2022, and Commander Legends: Battle for Baldur's Gate.