If you’re not prepared to draft a deck in Magic: The Gathering, then it can throw a wrench in your entire plan. With sets like Unfinity, where there are tons of cards that wildly change the game, it can be even more difficult to create a cohesive deck. Without even a rough idea of a plan when that first pack cracks you could easily get lost trying to play catchup with your opponents.

Just looking at the cards in Unfinity isn't enough to know what cards you could open, you need to know all the ins and outs of what synergies and combos you could encounter too. Whether it's extra side decks, special outfits, and reusable stickers, there are plenty of things you'll need to know before drafting Unfinity. 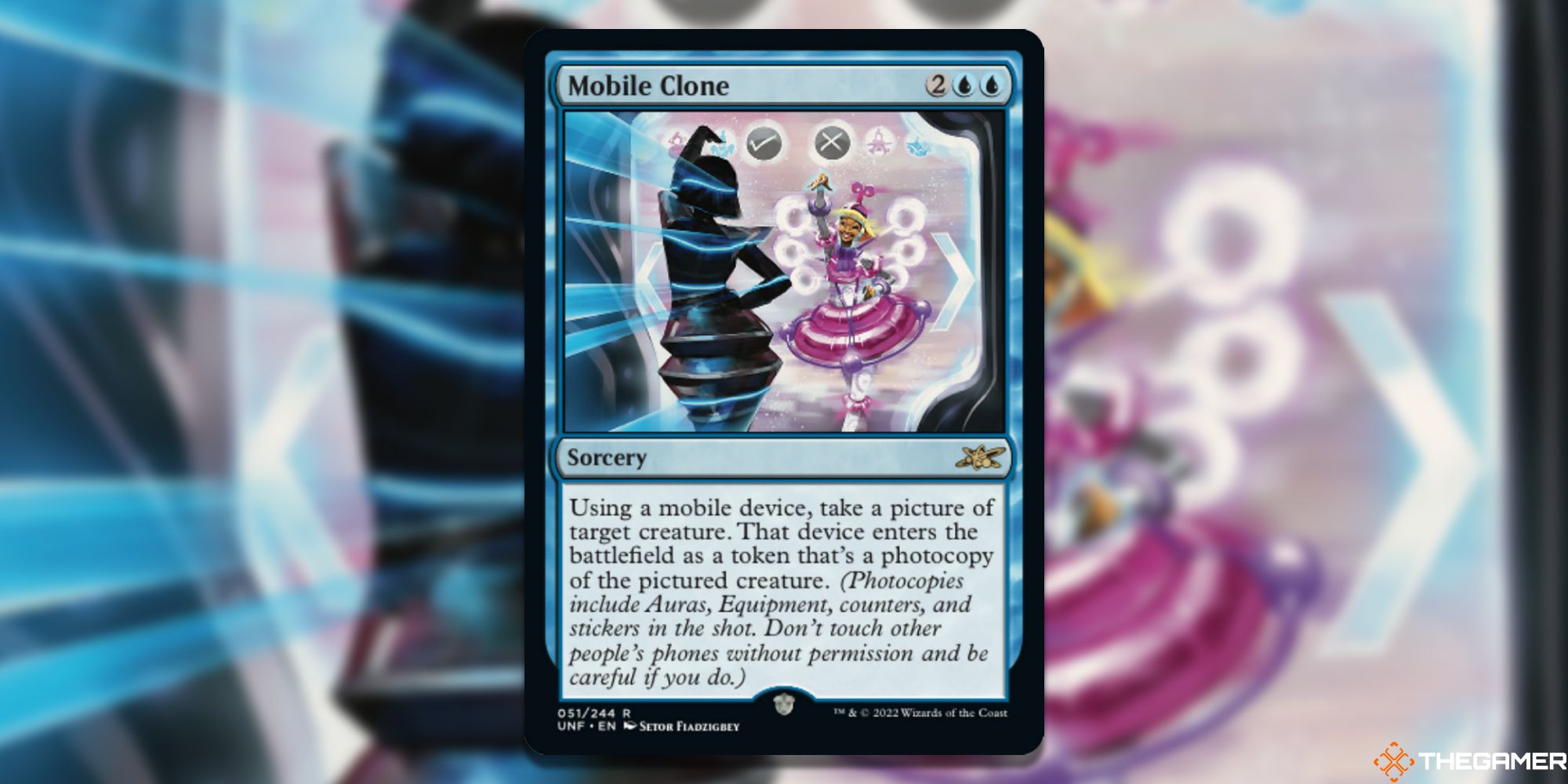 In Unfinity, there are several cards that will require you to bring in outside stuff to your game. Cards like Opening Ceremony, which lets you bring a sealed Magic booster pack, any pack of your choice from any set, and you can cast spells from that pack.

Mobile Clone is another card that requires you to use your phone to take a picture of a card, your phone then becomes a copy of that card. While almost everyone has some sort of mobile device, you’ll want to make sure to charge it just in case.

You'll also want scarves, hoodies, sweaters, ponchos, blazers, aprons, shawls, robes, and anything else you could successfully convince a Judge to be a top for Big Top, and plenty of dice for all those dice-rolling cards.

7/8 Don’t Expect Your Stickers To Last 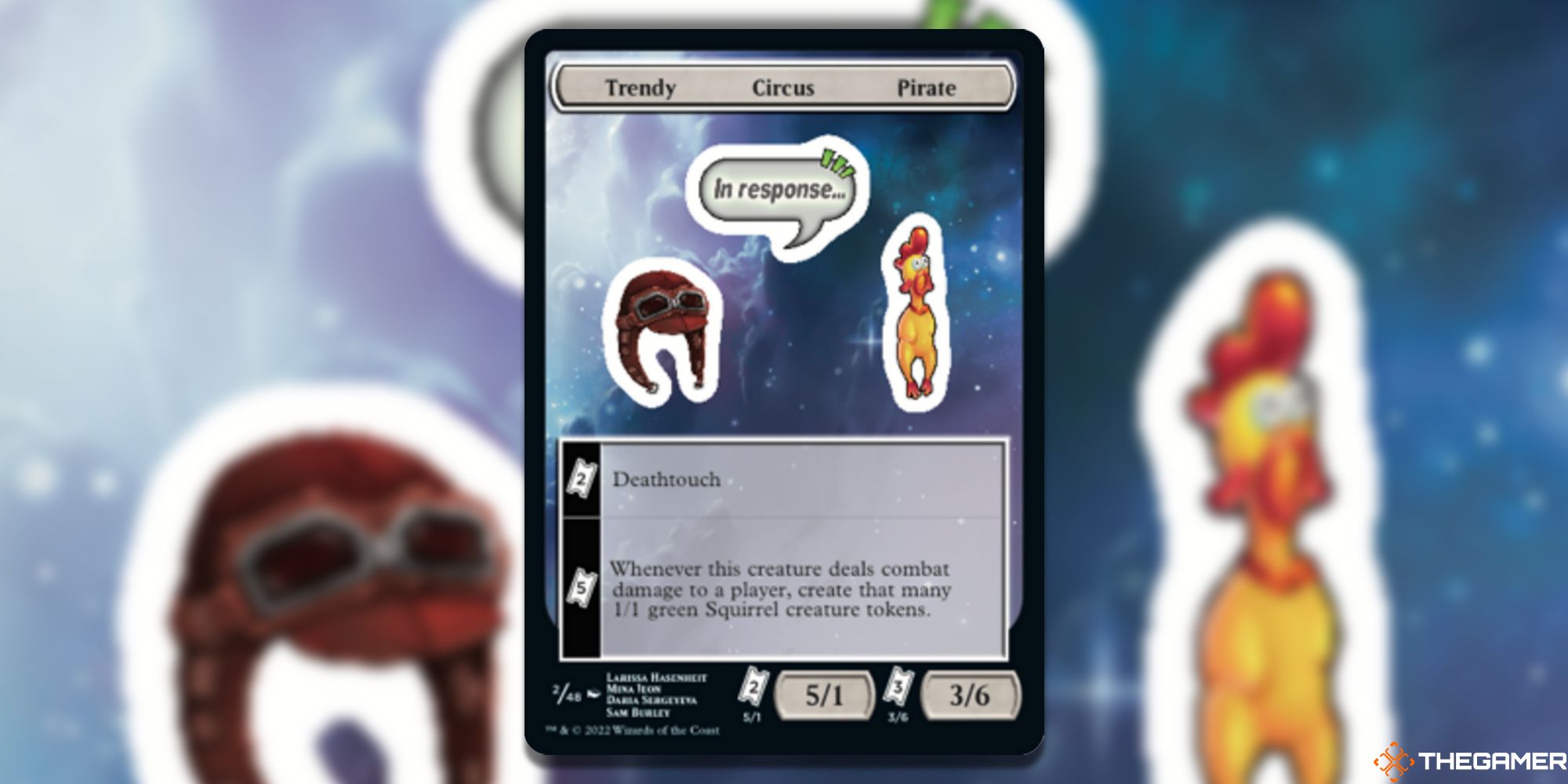 Stickers are a goofy little mechanic that lets you modify your creatures under different conditions. The stickers come on little token-like cards and include three name stickers, three art stickers, two ability stickers, and two Power/Toughness stickers. The stickers are meant to be peeled off and applied to your cards during a game, and, once the match is over, you can peel them back off and use them again the next match. The stickers are a fun concept, but after you use them a few times they lose their stickiness. Just be prepared to write down your sticker needs and use them as counters if you’re playing multiple games in a row. 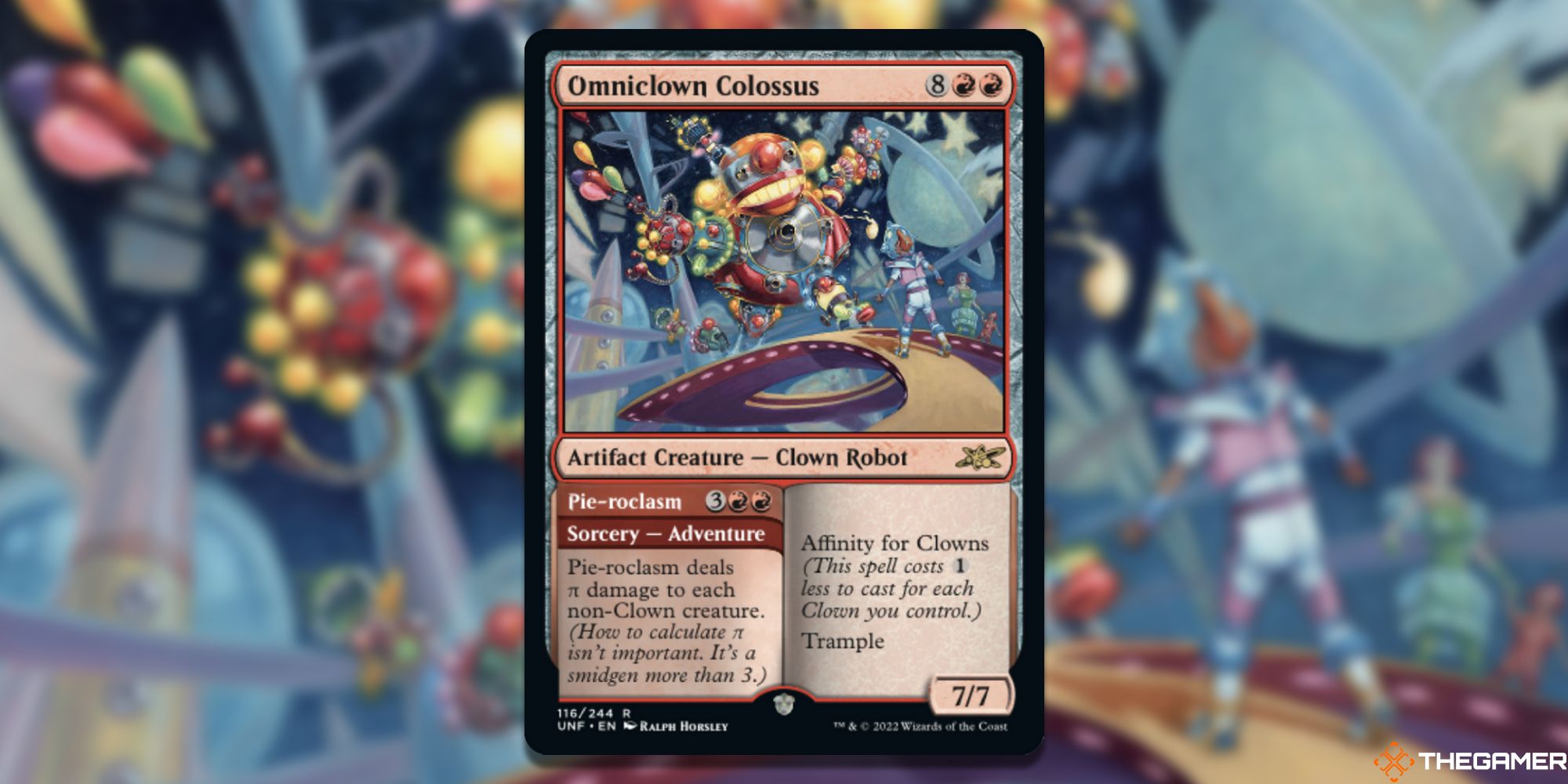 Some good advice for no matter what set you’re drafting is to always, always, read your opponent’s cards. Your opponent will likely have weird cards you’ve never seen before with strange conditions, and even more wild abilities and effects.

If you ever have a question or are not sure how an interaction might work, even in a set as wacky as Unfinity, don’t be afraid to ask a Judge if one is available. They can help you determine π for Pie-roclasm if you really wanted to (it’s a little more than 3). 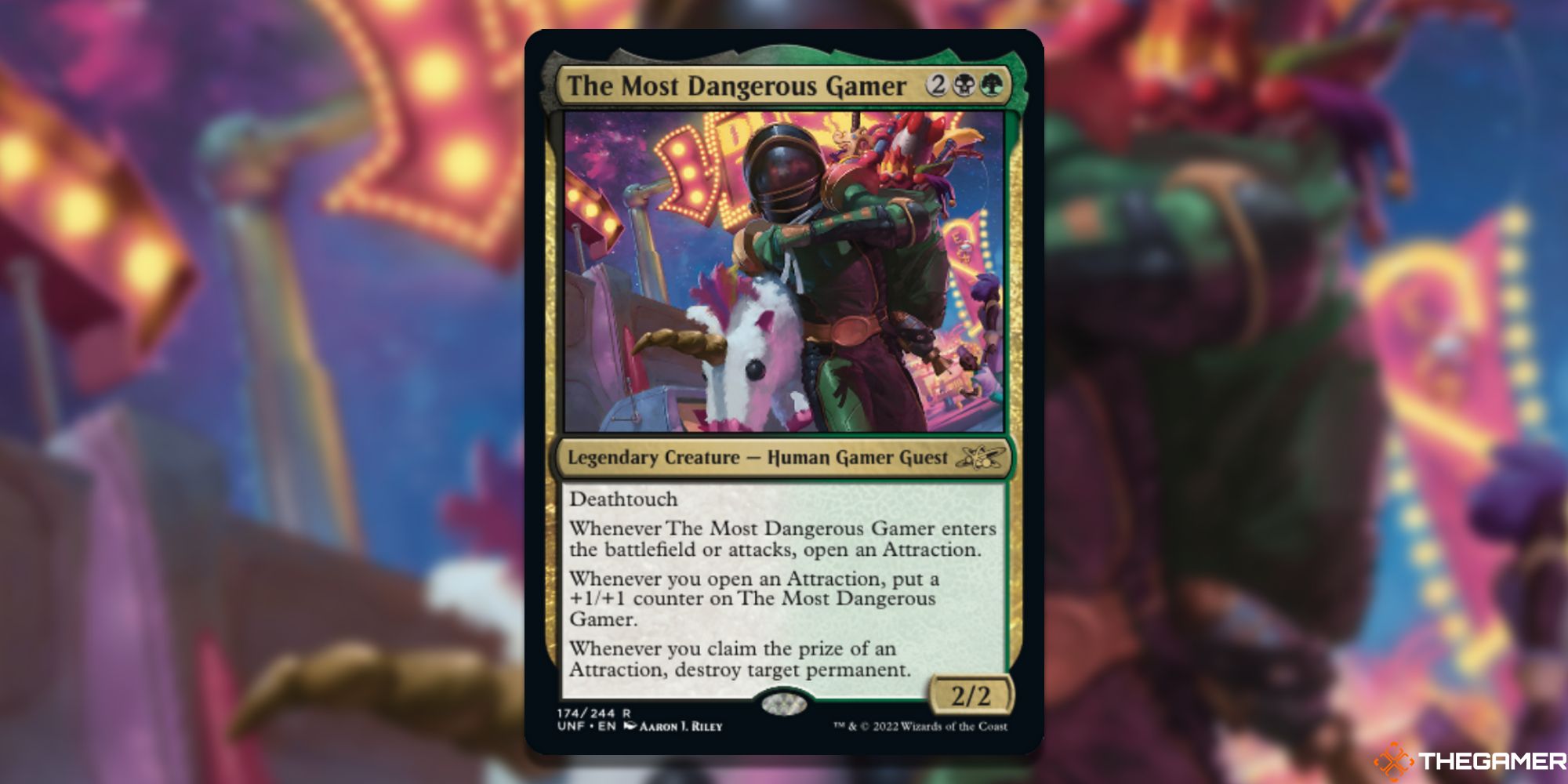 Another good tip no matter what set you’re drafting is to know the archetypes in the set. Every set has a bunch of synergistic cards that can help lead you to build a cohesive deck where many of the cards complement each other.

For example, drafting green and black cards like The Most Dangerous Gamer and Spinnerette, Arachnobat will reward you for opening tons of Attractions. With multiple cards out that trigger from Attractions you can have a strong synergy with multiple activations, as well as the Attraction’s ability itself.

4/8 Pay Attention To Your Stickers 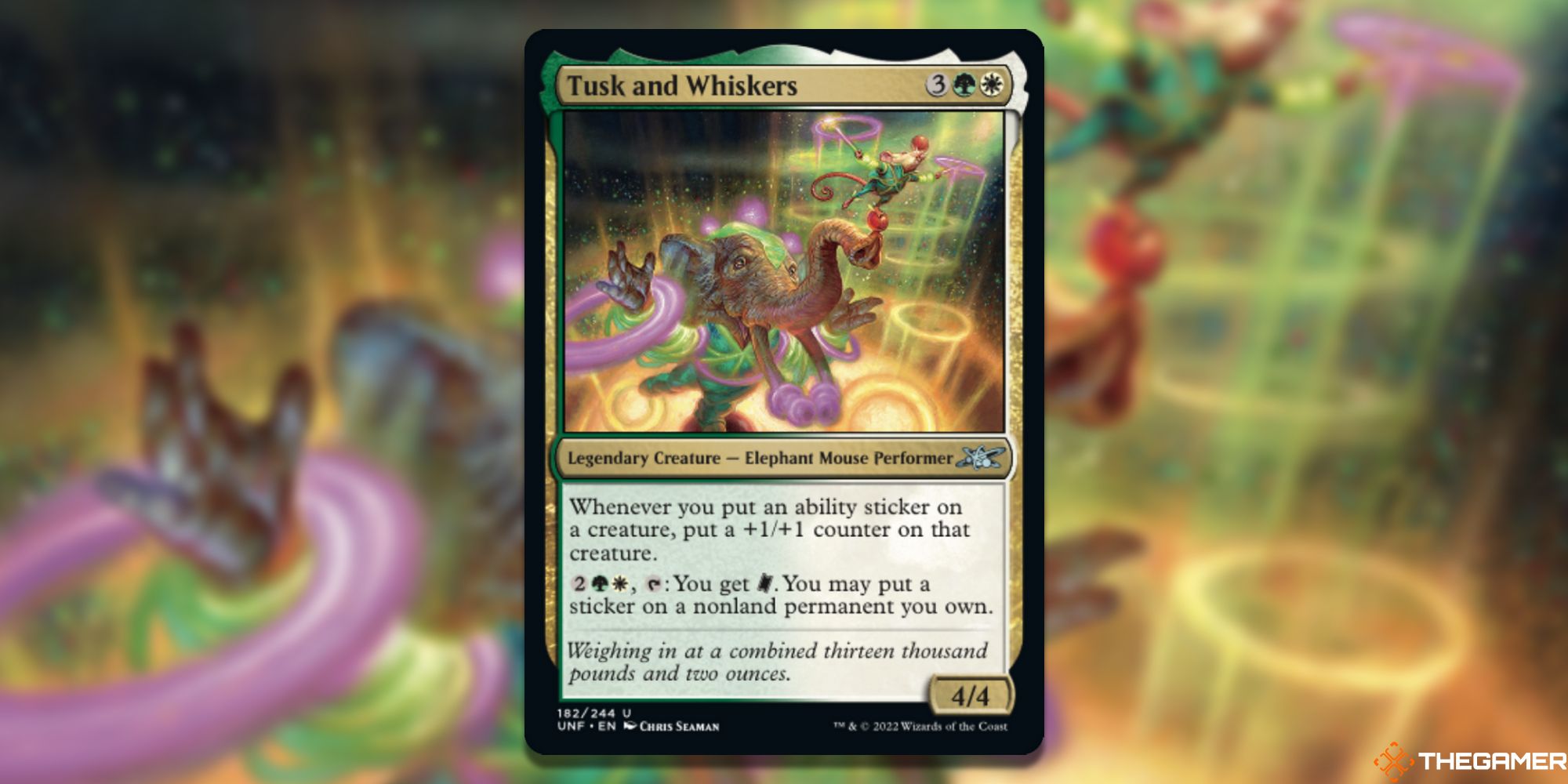 There are tons of cards that care about the stickers that you have available to you in Unfinity so paying attention to which ones you have, have already used, and which you have left is important. The sticker sheets you open in your three draft packs are the only ones you have access to.

You don’t draft the sticker sheets, so you are stuck with what you opened so make sure you know exactly what synergies are in your deck and which are the best to use in every situation. 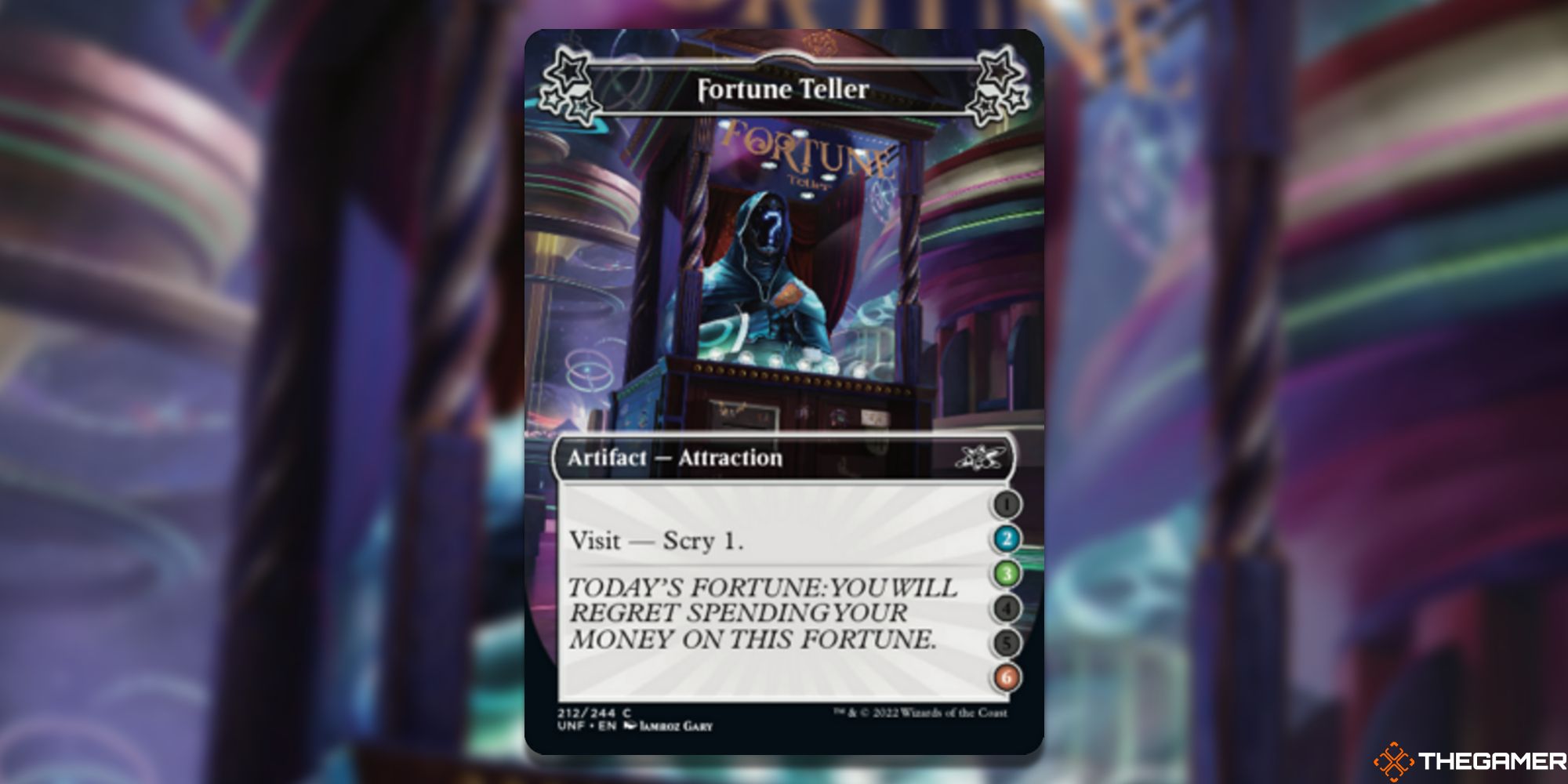 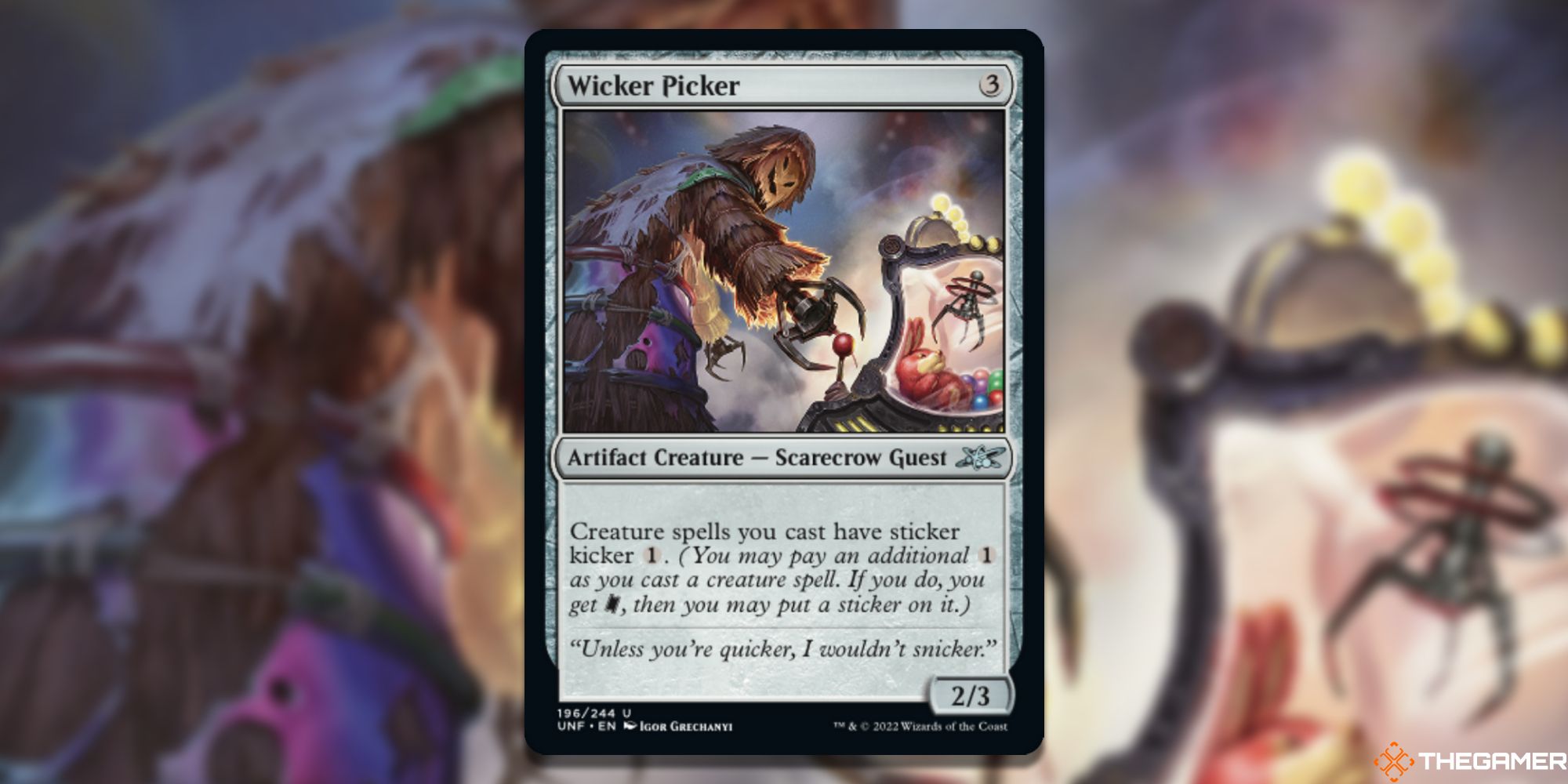 The Wicker Picker might be a slightly unassuming uncommon but with its sticker kicker ability your Wicker Picker can easily take over a game. For just one extra mana, you can upgrade each creature you play, quickly outclassing everything your opponent plays.

Since it’s an artifact creature, you can slot it into any deck, not just one that is based on stickers. While it won’t win a game on its own, it can certainly swing a game in your favor.

1/8 Make Friends With People Around You 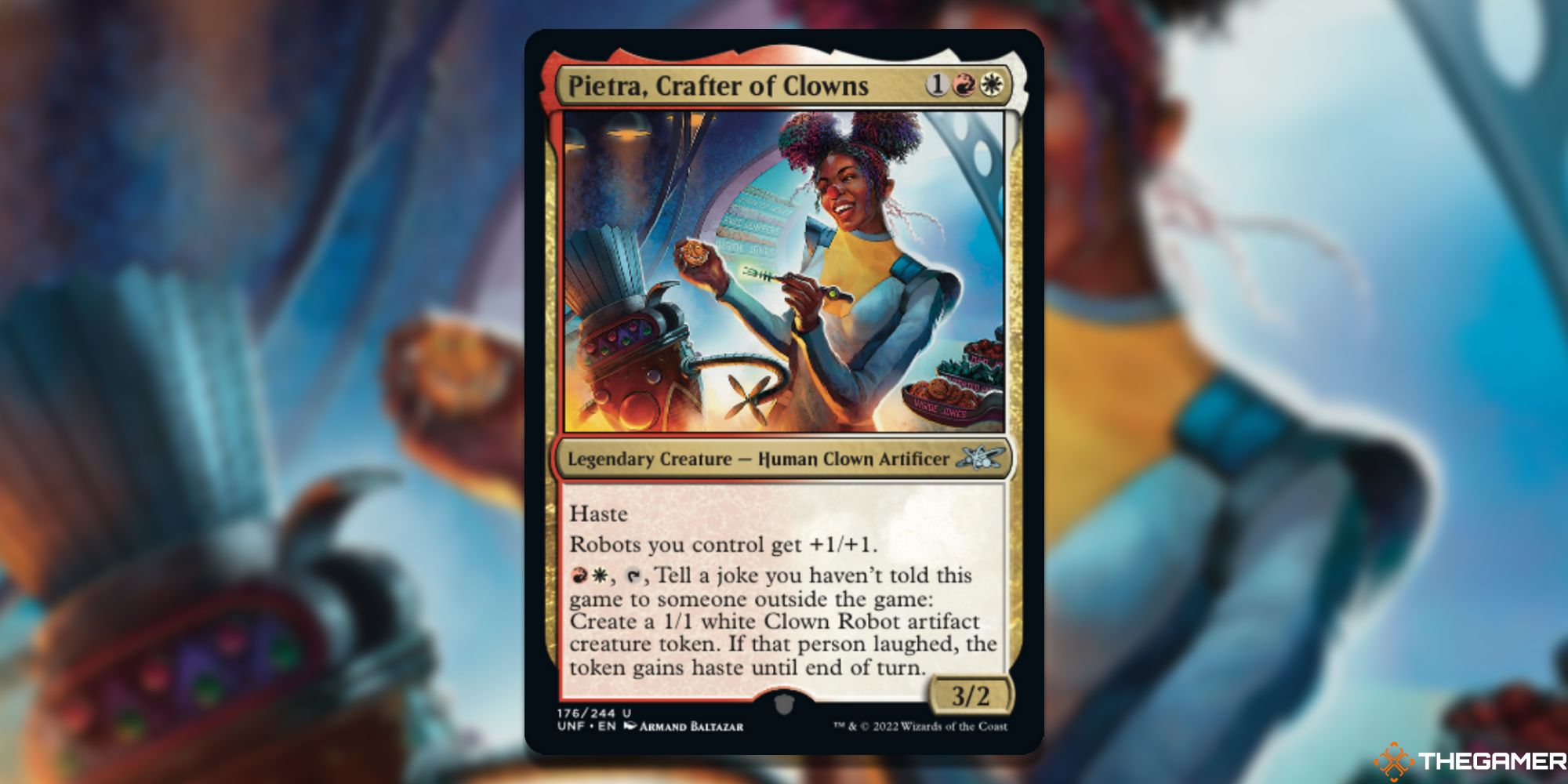 Making friends is a valuable and rewarding part of playing Magic. Drafting with friends can bring everyone closer together and create lifelong friendships. You can also use them to help beat your opponents with cards like Rock Star and Pietra, Crafter of Clowns.

In Unfinity there are a number of cards that let you consult other players outside the game and depending on what they choose, they can help tip the game in your favor. Buddy up to them and they may just decide to give you a boost over your opponent.