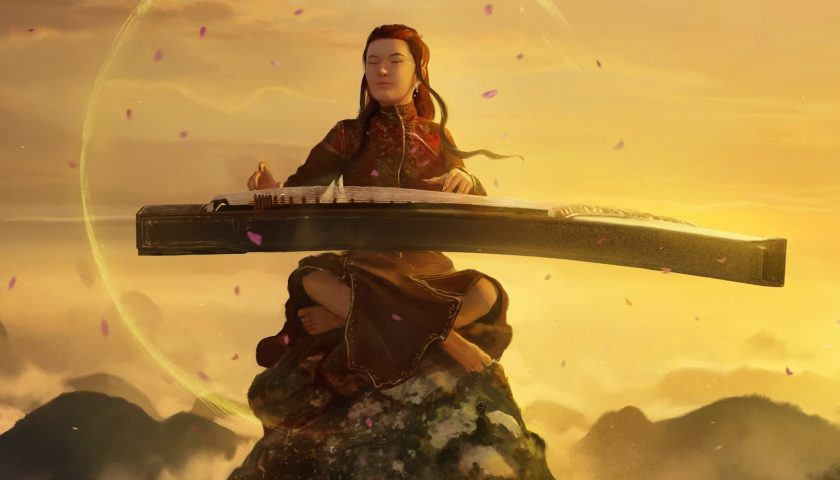 While Magic: The Gathering's Commander format supports a vast range of viable deck archetypes and strategies, tribal decks are an incredibly popular choice for many Commander players. While tribal decks, decks based around the use of a specific creature type, are known for their synergies, each tribe has its own distinct strengths.

A tribe with a long history in the game, Wizards are commonly associated with the color blue and are known for their synergies with instants and sorceries, their expertise in the card draw department, and their potent "enter the battlefield" triggers. As the Commander format provides players access to a vast pool of legal cards they can include in their decks, we're going to examine several fantastic cards that no Wizard tribal deck would want to be without. 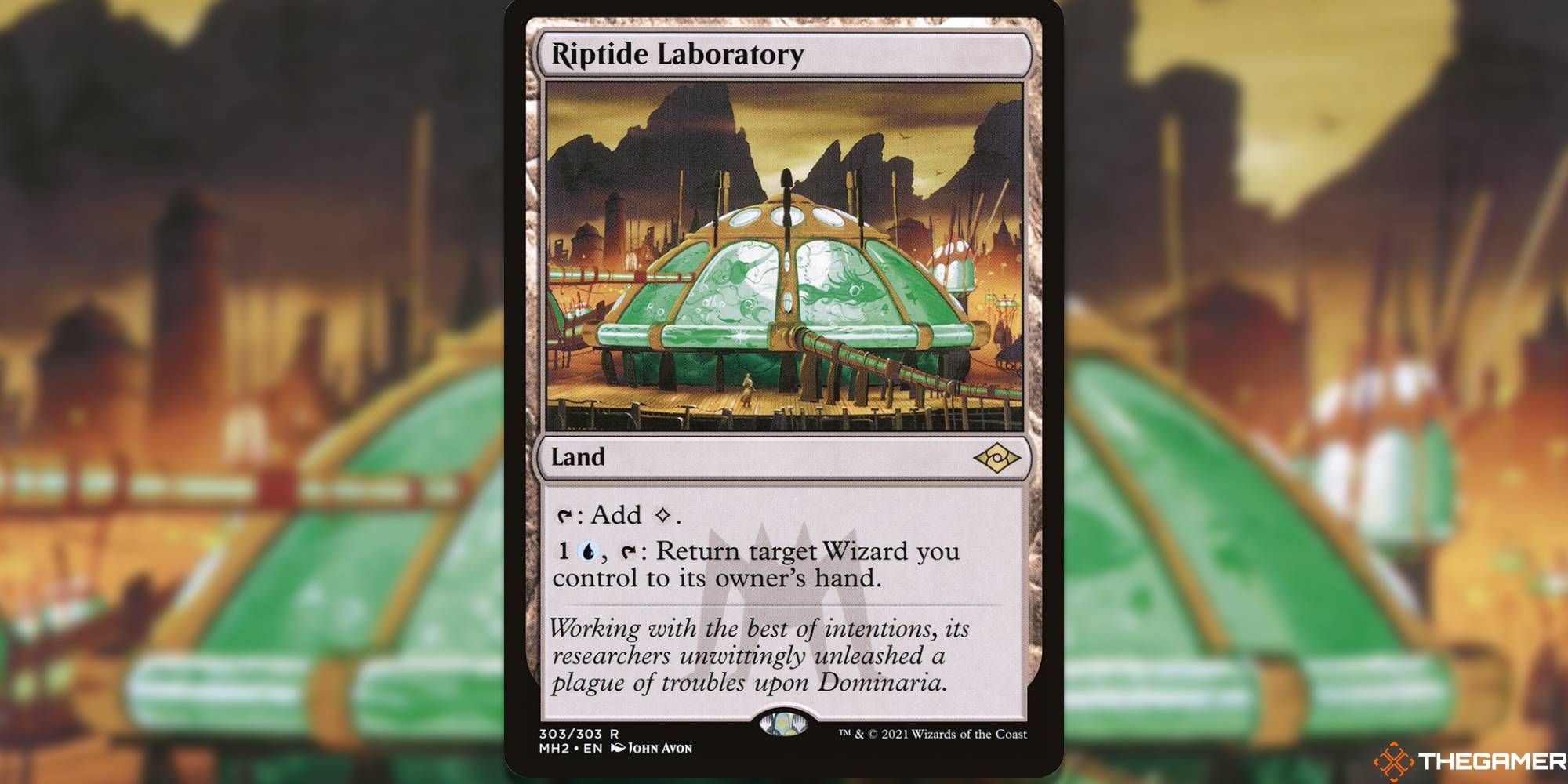 Riptide Laboratory is a great utility land that is specifically designed to synergize with Wizards. In addition to being able to produce one colorless mana when tapped, this land's alternate activated ability allows it to be tapped for the cost of two mana.

When tapped this way, its controller returns target Wizard they control to its owner's hand. While this is useful for allowing Wizards to potentially dodge removal spells, Riptide Laboratory allows a Wizard tribal player to repeatedly make use of their most potent Wizards' "enter the battlefield" triggers by simply recasting those cards. 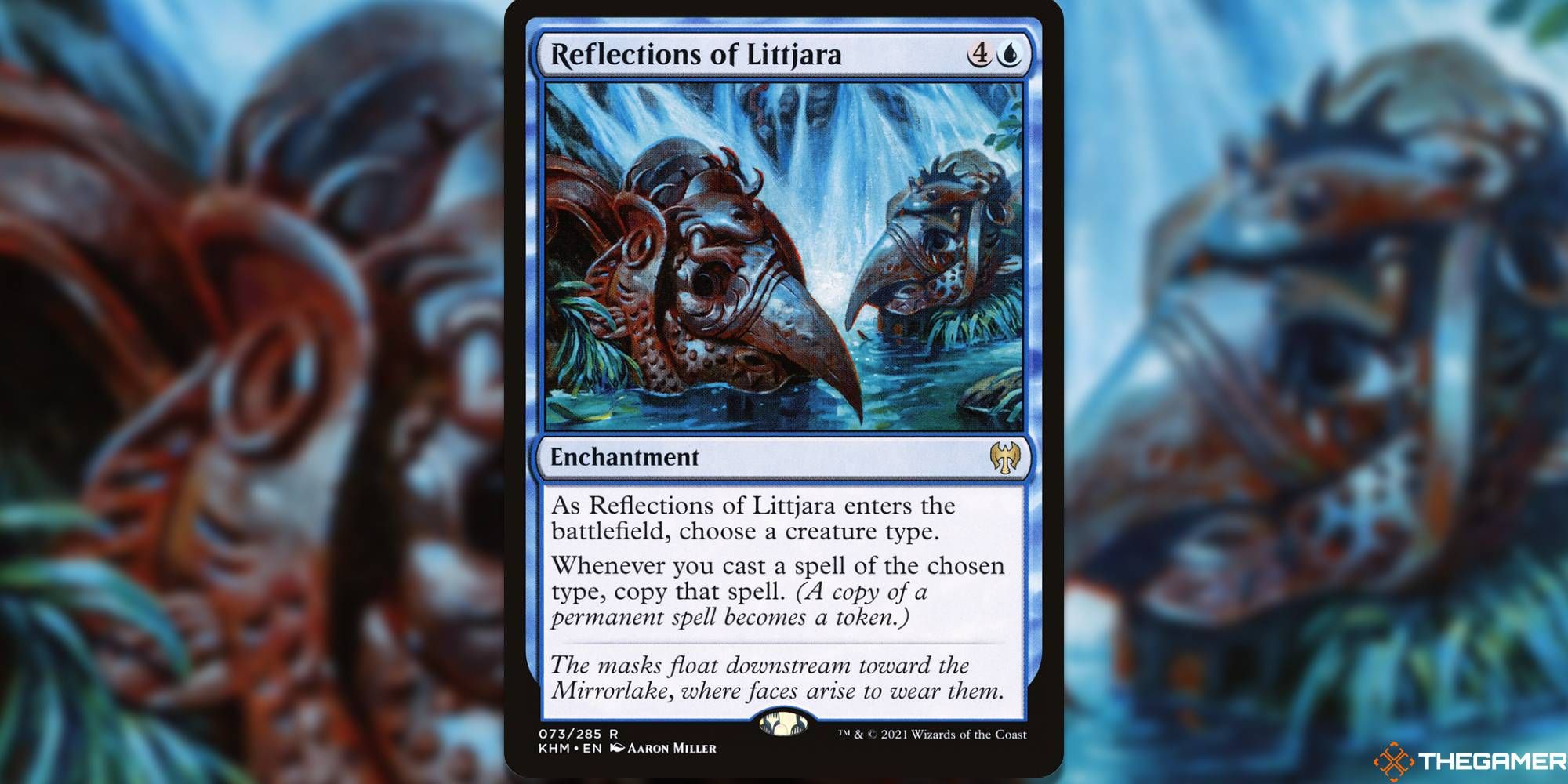 Printed in Kaldheim, while Reflections of Littjara is a great addition to any tribal deck with access to blue mana, it's particularly potent within a Wizard tribal deck. An enchantment for five mana, when this permanent enters the battlefield, its controller chooses a creature type.

As long as this enchantment is in play, whenever its controller casts a spell of the chosen type, that spell is copied, with the copy taking form of a token. As Wizards often possess impressive abilities that trigger when they enter the battlefield, by copying each Wizard its controller casts, Reflections of Littjara effectively doubles the value of these triggers! 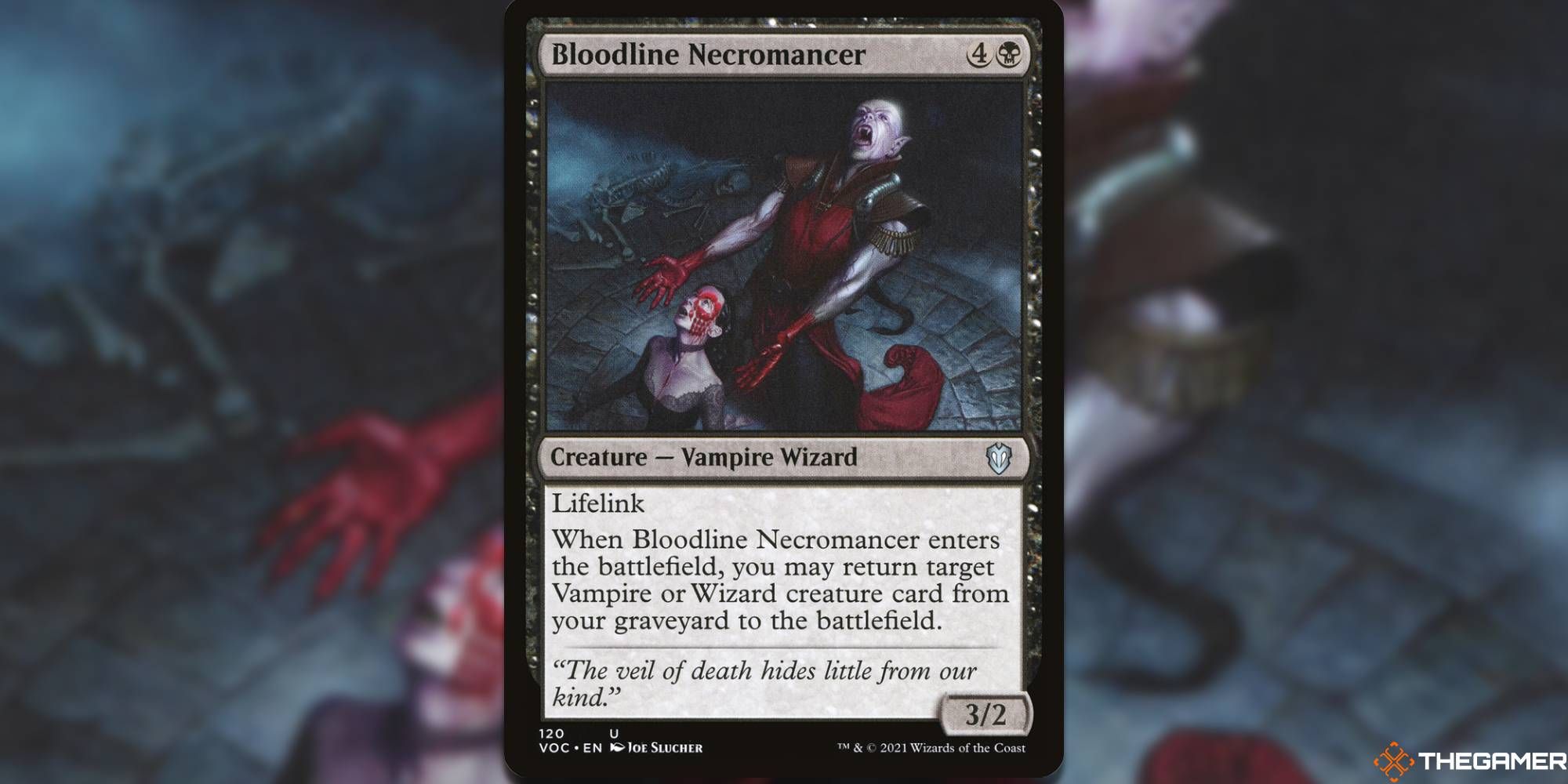 For those constructing a Wizard tribal deck with access to black mana, Bloodline Necromancer is a must-have. A 3/2 Vampire Wizard with lifelink for five mana, when this creature enters the battlefield, its controller is able to return target Wizard from their graveyard to the battlefield.

In addition to serving as solid recursion, as we've previously mentioned, Wizard tribal decks have access to numerous means of re-casting Wizards and improving their already useful "enter the battlefield" triggers. This means that there are often many ways for a Wizard tribal deck to allow a single Bloodline Necromancer to be used to retrieve several Wizards from one's graveyard, putting them directly into play. 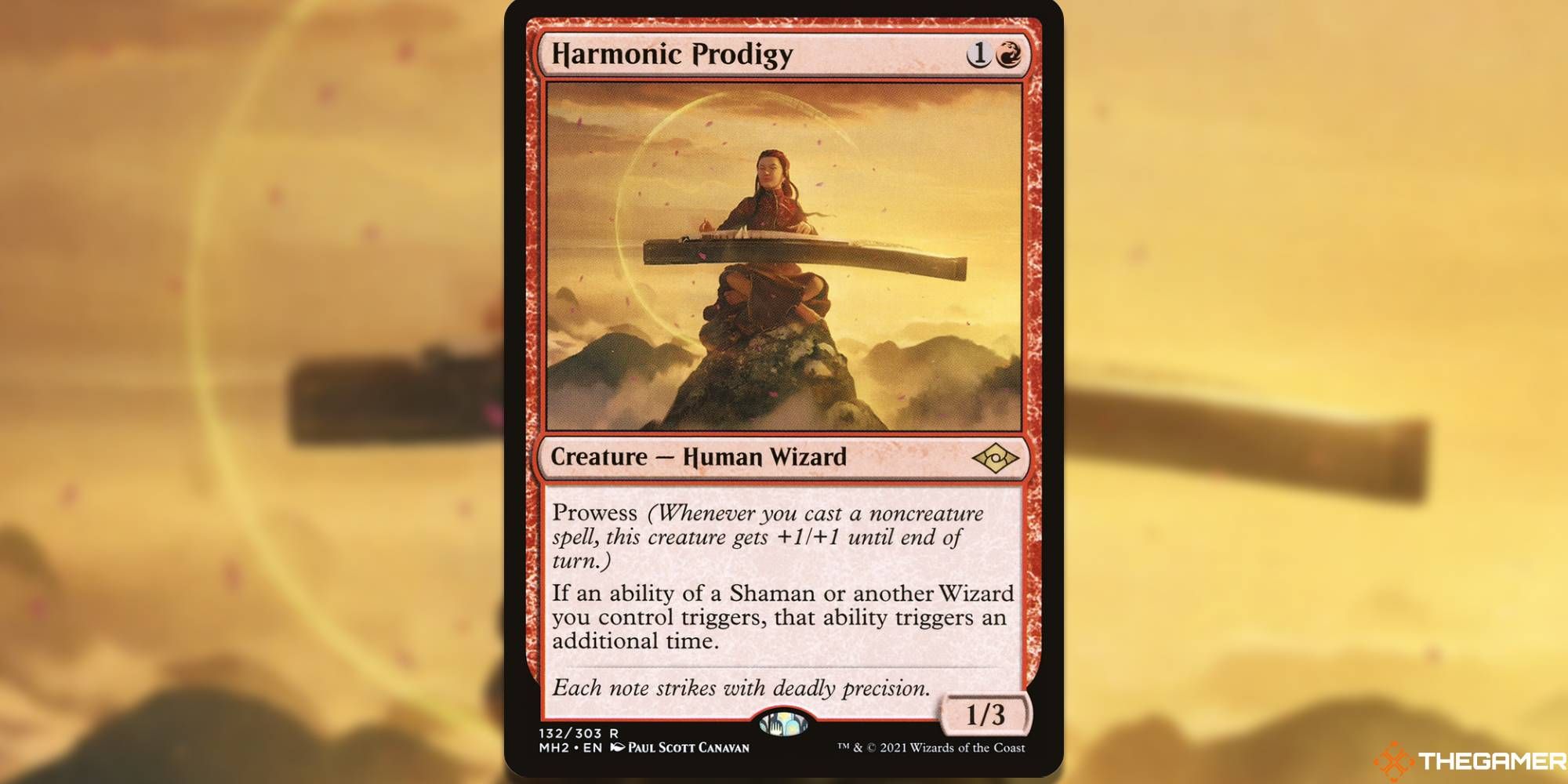 Harmonic Prodigy is a stellar and efficient Wizard for a mere two mana that is an excellent addition to any Wizard tribal deck with access to red mana. A 1/3 with prowess, Harmonic Prodigy states that if an ability of a Shaman or another Wizard its owner controls would trigger, that ability triggers an additional time. As "enter the battlefield triggers" are in fact triggered abilities, Harmonic Prodigy can reliably double the value of many of the most impressive Wizards in a player's deck.

While doubling many great Wizard abilities for the cost of two mana is already quite powerful, Harmonic Prodigy is capable of potentially dealing considerable damage to one's opponents over the course of a game thanks to its access to Prowess. 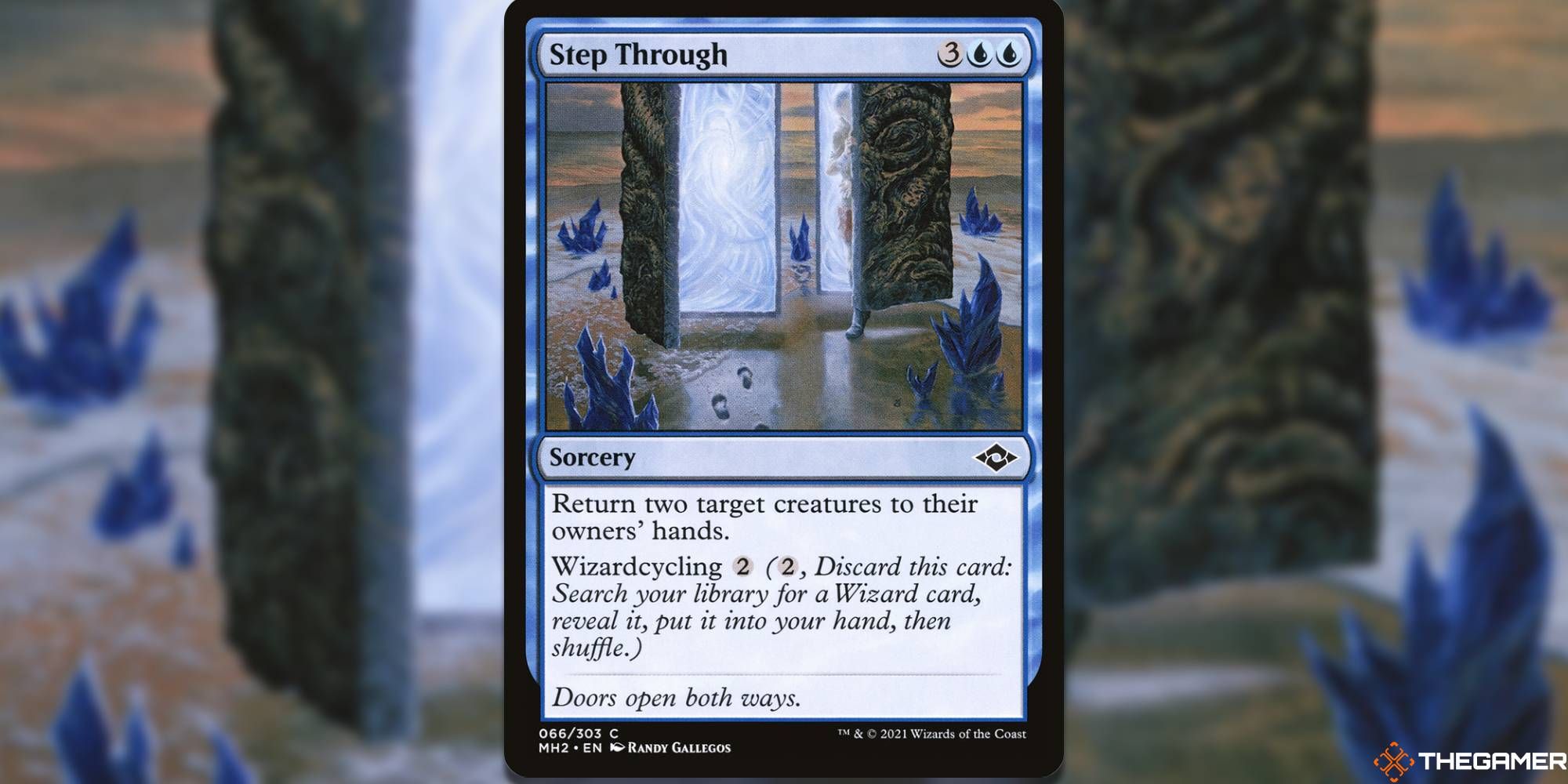 Despite being a common, Step Through is an absolutely incredible instant that any Wizard tribal player would be happy to include in their deck. At first glance, as a five-mana sorcery that simply bounces two creatures to their owner's hands, this card may seem extremely underwhealming. However, this card should rarely be cast normally.

This is because it has a Wizardcycling cost of two mana, meaning that if this card is discarded, its controller can search their library for any Wizard, reveal it, and put it into their hand! This means that Step Through essentially functions as a two-mana Wizard-exclusive tutor that in addition to being incredibly efficient, can be used at instant speed! 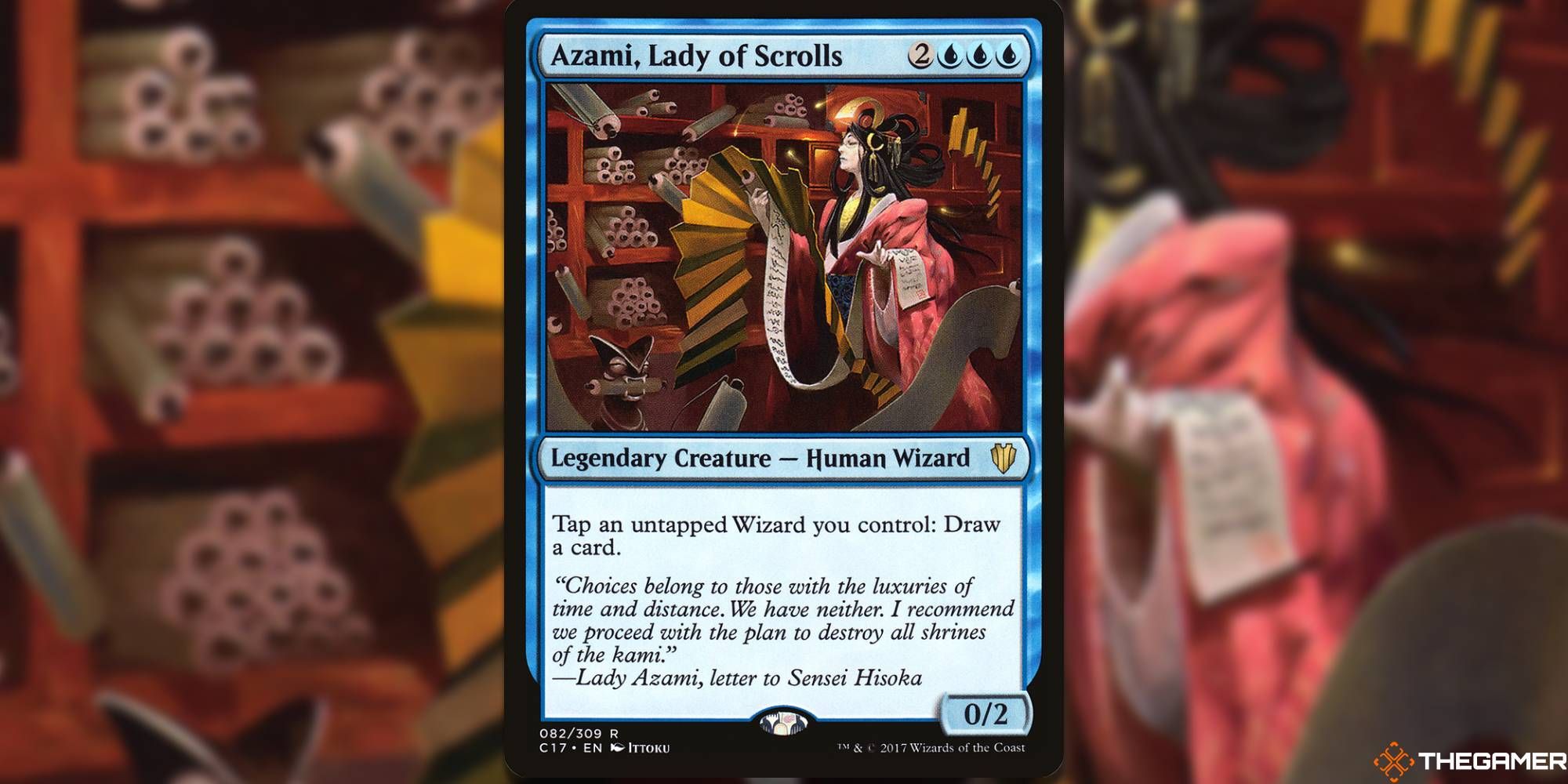 Few cards are as synonymous with Wizard tribal decks as Azami, Lady of Scrolls. First printed in Champions of Kamigawa, this mono-blue Wizard is capable of converting its controller's Wizards into a card draw engine of overwhelming value. A 0/2 human Wizard for five mana, Azami can be used to tap an untapped Wizard its owner controls in order to draw a card. In addition to being activatable at instant speed, as Azami is the card tapping these Wizard, this ability can be used to target Wizards that still have summoning sickness.

This means that even the most innocuous Wizards in the game and those whose "enter the battlefield" triggers have already been utilized can still be a consistent source of value. 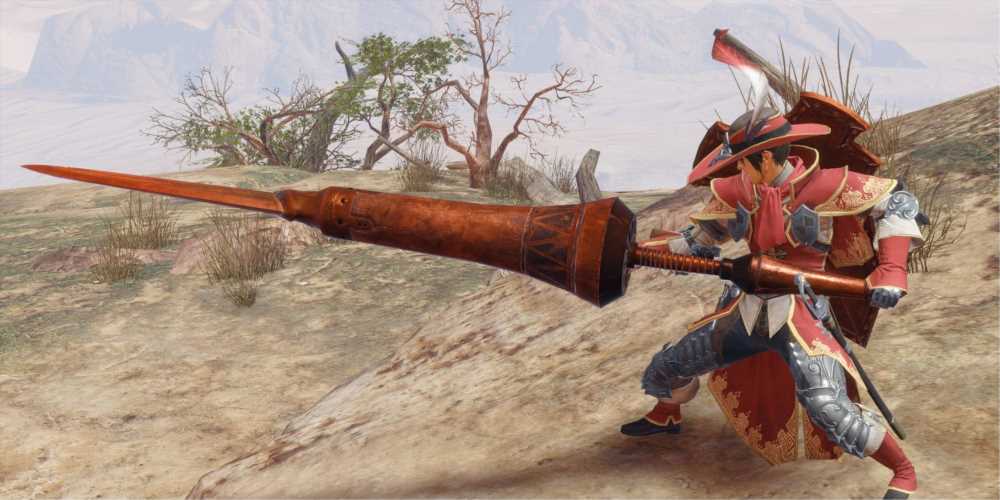