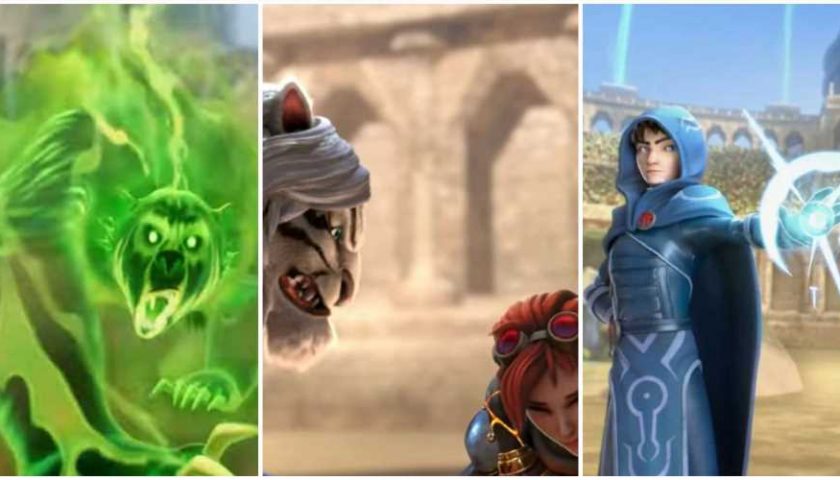 Wizards of the Coast doesn't have the greatest history with adapting Magic: The Gathering to the digital stage beyond its base rules, but Magic Spellslingers may just be the game to break that streak. Playing like a simplified version of the world's most successful trading card game, this free-to-play mobile game puts you in the pilot seat of one of the game's signature Planeswalkers, duking it out with your friends in fast-paced battles.

For those of you who are fans of the original game, though, there are several changes to the rules that may surprise you. They seem to have been designed to make the game more accessible, introducing new players to the world of Magic, rather than follow the card game's specific rules. Spellslingers is still solidly a Magic game, but you'll want to check out these changes before you sink five bucks into the new recruit bundle.

7 It's All About The Planeswalkers 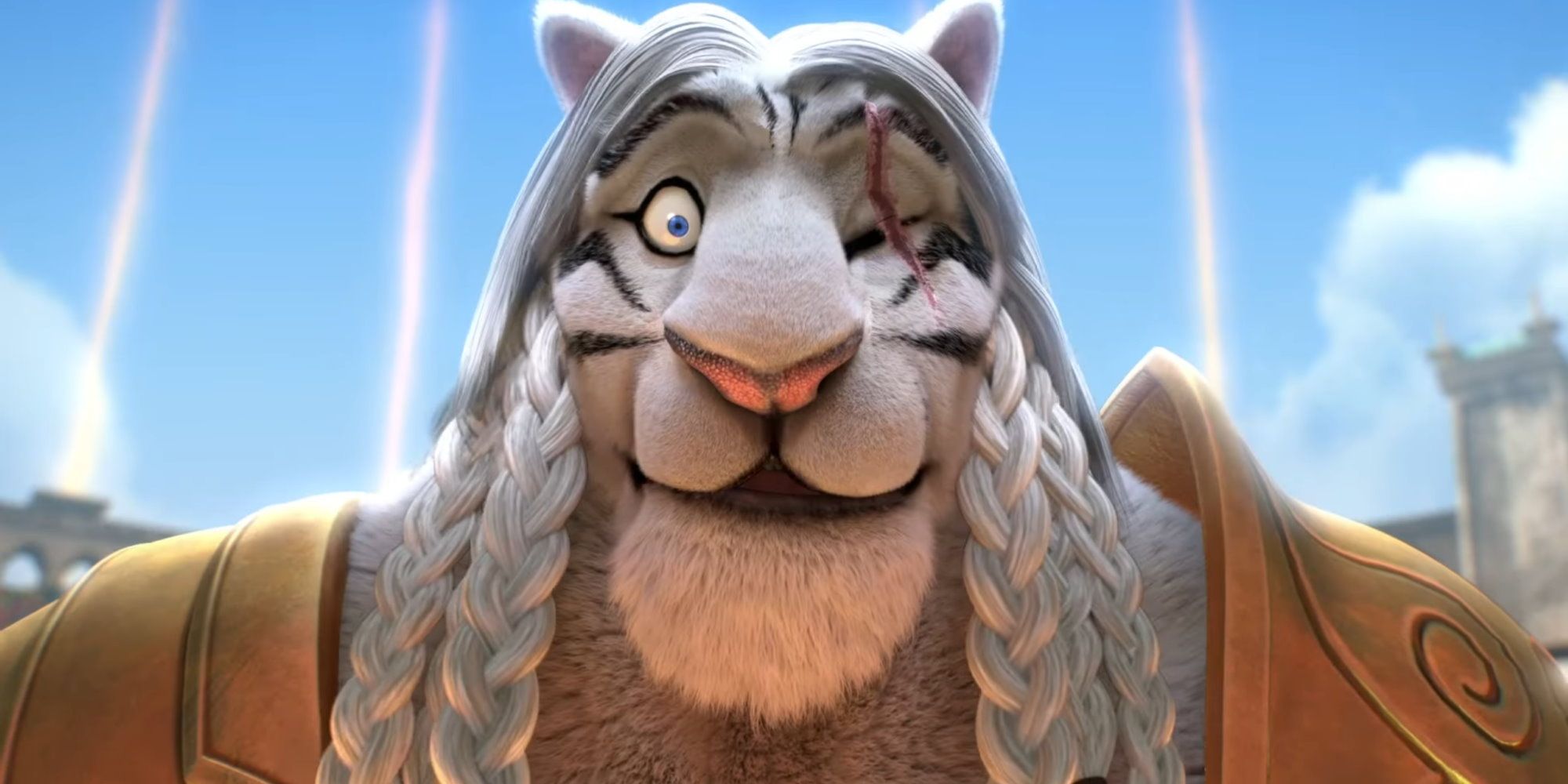 Though they're the heroes of most Magic: The Gathering novels, Planeswalkers aren't much more than side characters in most games. Sure, they're useful, but unlike hero-based games such as Flesh and Blood, they aren't required in most formats.

In Magic Spellslingers, though, Planeswalkers are the stars of the show. Rather than using Planeswalkers, you play as one, each of which comes with a pre-built deck and unique abilities. You can unlock new Planeswalkers and alter these decks greatly, but the fact remains that who you choose to play has a much bigger impact on your game.

6 Each Planeswalker Is Unique 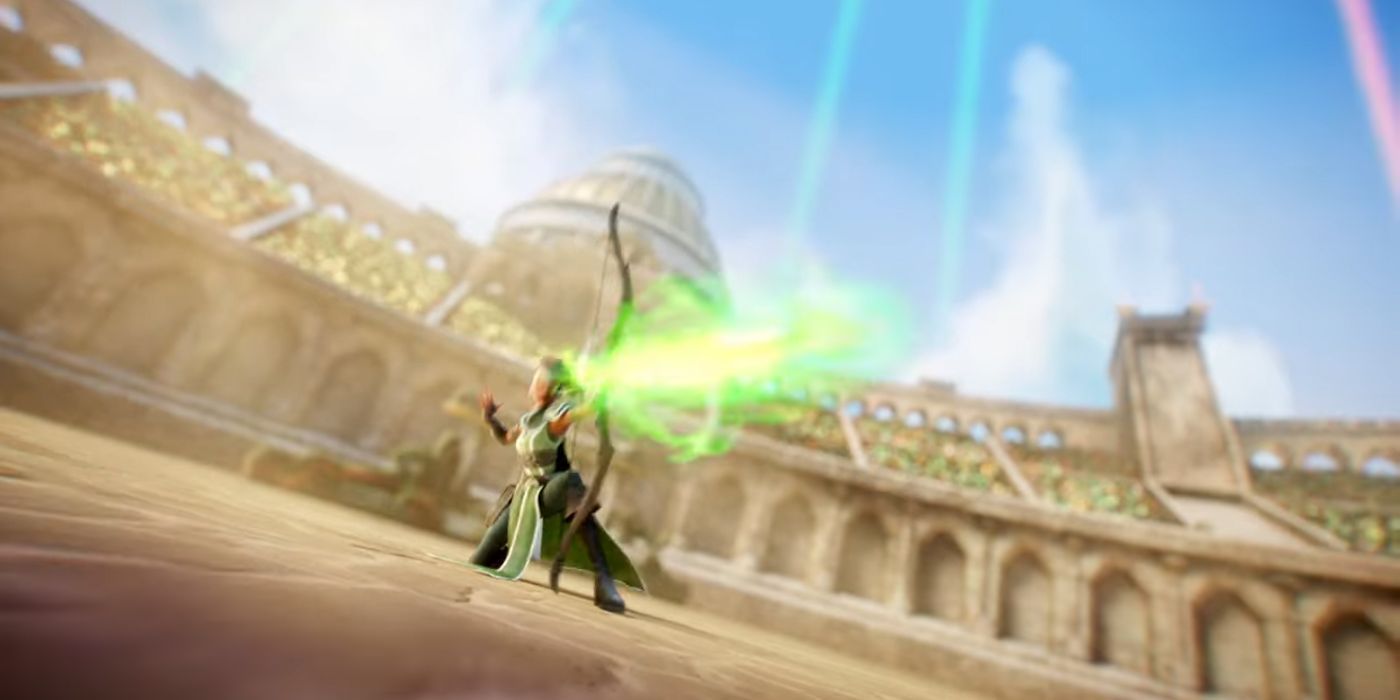 Instead of just sitting on a card looking pretty, your Planeswalker in Magic Spellslingers will show off their personality. They'll even trade colorful jibes with your opponent, or express dismay when they're attacked. Unlike the vague alt text on the bottom of a card, this seems designed to show off their relationships, and bring people into the Magic extended universe.

To go along with their bright new moves and personalities, each Planeswalker comes with its own unique spells and auras. This means that, even though you might want to try a specific strategy, you won't be able to unless you unlock the right person. Like Flesh and Blood, it also means that some Planeswalkers are more viable for competitive play than others. It's not as pronounced, but it does add another element to consider when you pick the game up, since the best Planeswalkers live behind a paywall. 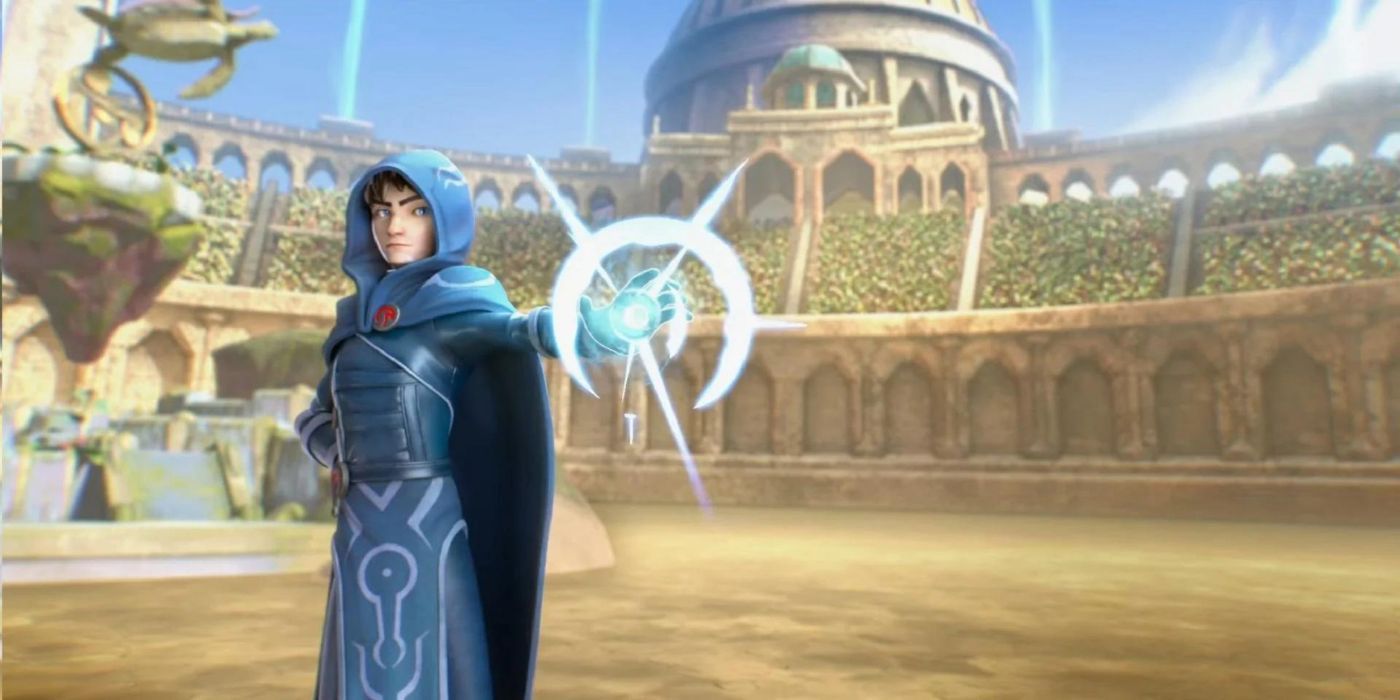 Gameplay in Magic: The Gathering doesn't end on your turn. You aren't normally able to attack, defend, or play most cards, but as long as you have mana you can easily disrupt your opponent with instant cards. A deck full of good instants can easily destroy an opponent without them, and adds dynamism to what would otherwise be a standard, turn-based game.

Unfortunately, Magic Spellslinger does away with this class of spells. It does add other mechanics to replicate the experience of using them, but without instants, the game goes from one of strategic maneuvering to combat tennis. This isn't necessarily a bad thing, but it's the difference between a game of chess and an out-and-out brawl. 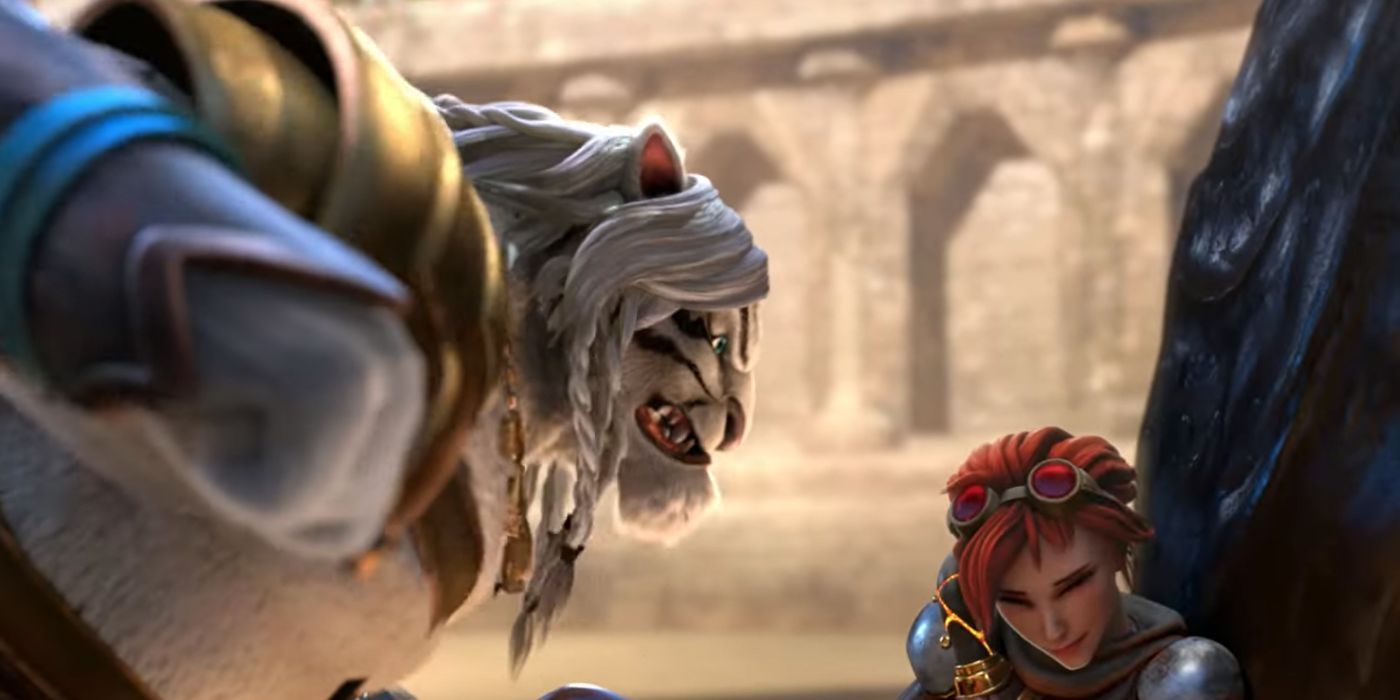 While for the most part you won't be doing much during your opponent's turn in Magic Spellslingers, there is one notable exception: Traps. Like trap cards in Yu-Gi-Oh, you'll spend Mana to play these abilities secretly during your turn. Your opponent will see you spending the mana, but won't know what you're playing. Then, if the condition of the ability triggers: Bam! Trap sprung.

Magic: The Gathering has always had traps, but never this explicitly. Now, instead of fearing the cards in your hand and all of your unspent mana, they'll know that you've got something waiting for them. This makes bluffing a bit easier, even though the lack of instants simplifies the game greatly. 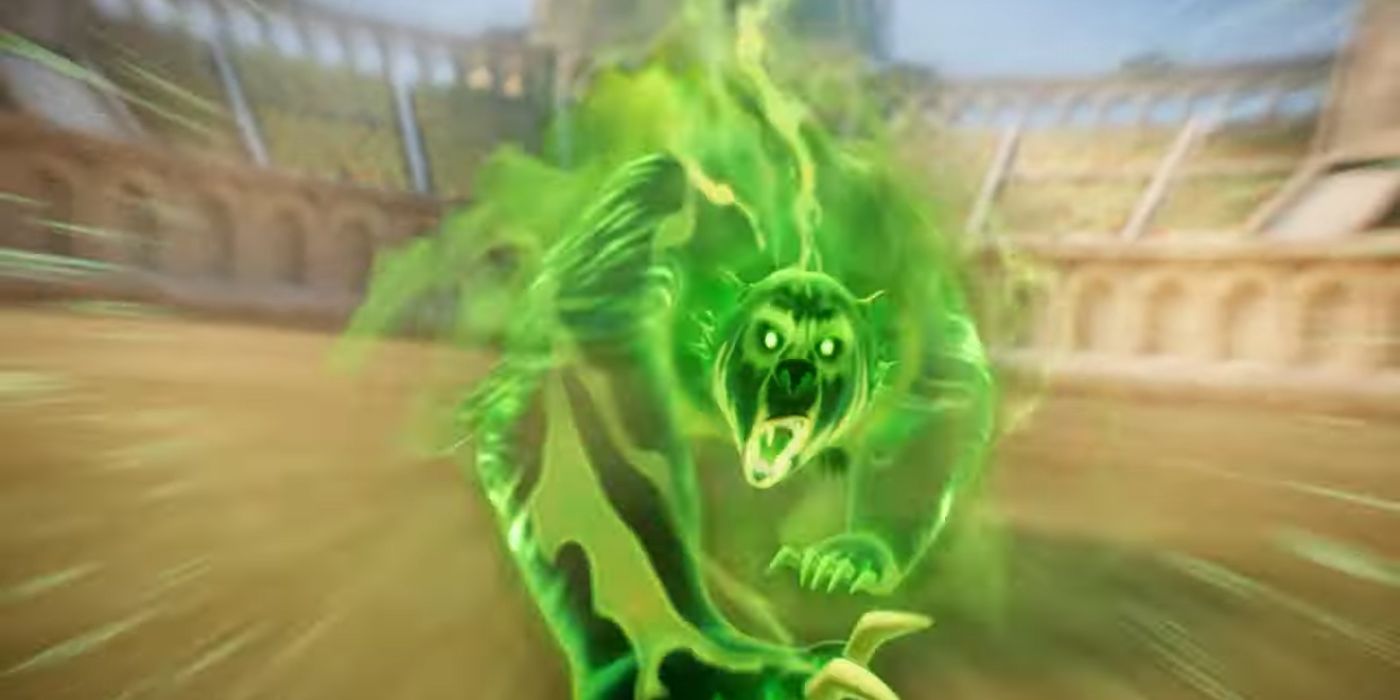 In Magic: The Gathering, your creatures are fairly hardy. Their toughness will decrease during a single combat round, but once that round is over, it'll pop back up again. If you have a really tough creature, your opponents will often have to resort to other means to take them out. If they block without dying, there are no consequences.

In Magic Spellslingers, your creature's toughness operates more like hit points, and doesn't recover at the end of your turn. The same goes for creatures that get damaged while blocking: If they're hurt, they're hurt, and there's not much you can do about it. Most of Spellslinger's mechanics simplify Magic: The Gathering's rules, but making your creatures more squishy adds a level of strategy. You can attack and defend with everything each round, but you might not want to. 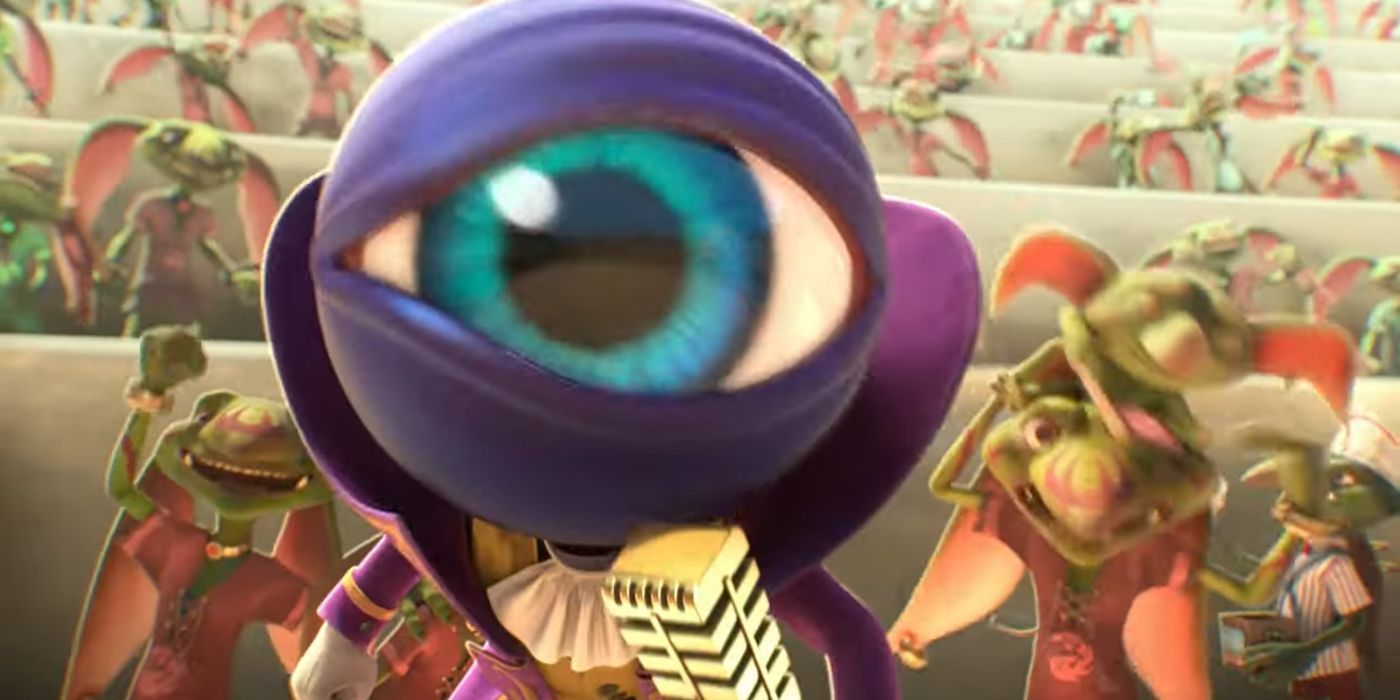 In most trading card games, tapping represents that you've used up a resource. In Magic, it acts as a limiting factor. Do you want to attack with your legion of elves? Well, you can, but that means they won't be able to defend you. They'll be tied up battling it out with your opponent's creatures. This encourages you to use your resources strategically.

Magic Spellslingers jettisons this idea in favor of a more fast-paced approach. Creatures can still only attack once per turn, but they'll also be able to defend if you want them to. This means that there's slightly less strategy involved in choosing who attacks, but there's more attacking and defending, and more creatures cycle through the battlefield. 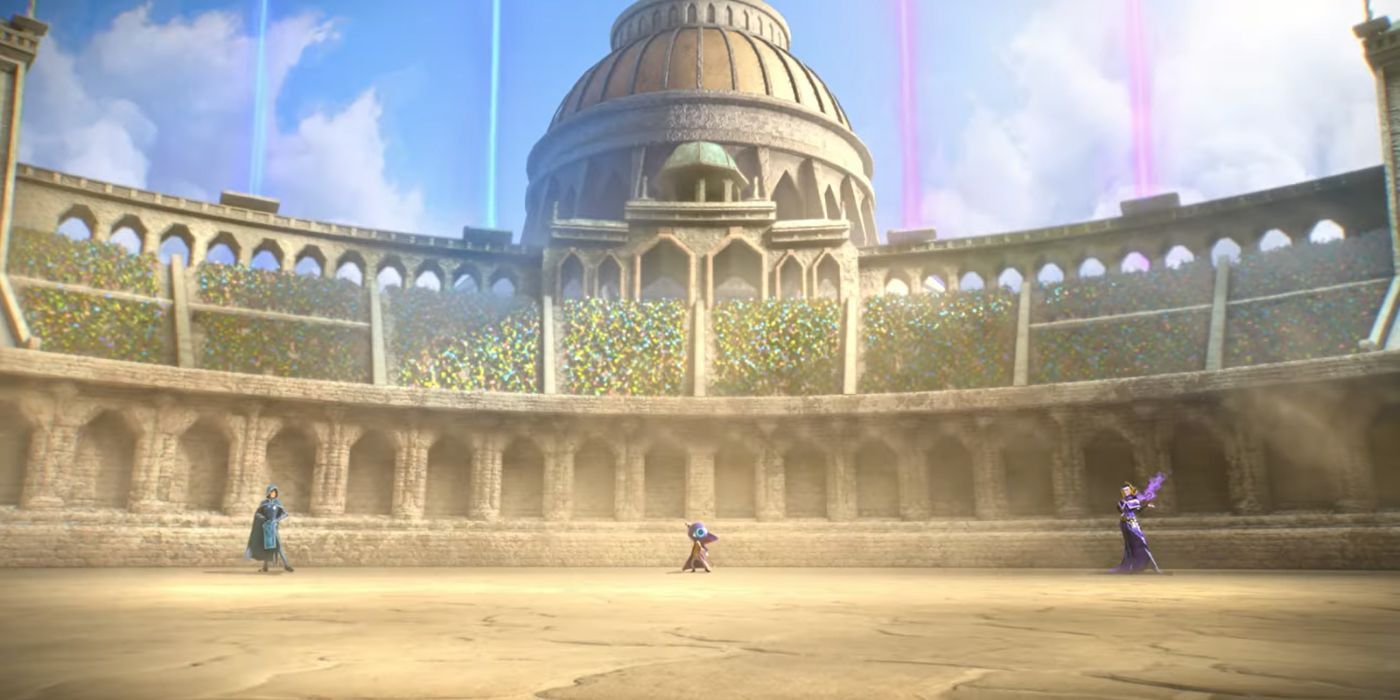 If you've ever played Magic: The Gathering proper, you'll know that deck management is as big of a task as playing the game. Balancing the proportion of creatures and spells to land is one of the first skills you have to master if you want to become competitive, and move beyond pre-made decks.

In Magic Spellslingers you can, like most Millennials, only dream of having land. Instead, mana generates automatically, round by round, so that you will always have the same amount as your opponent. Whether or not you like this simplified mechanic depends on your perspective. In theory, it streamlines and balances the game, since you'll never have a bad round with too many or too few land cards. On the other hand, it makes the game feel less dynamic, and takes away a certain amount of customization that most Magic players enjoy.