Last month, we got our first taste of a new game based on Magic: The Gathering, the popular trading card game. The first teaser trailer dropped at The Game Awards last month, and now that it’s 2020, we get our first peek at Magic: Legends’ gameplay.

The trailer is short and sweet, showing a top-down view that’s very familiar for fans of the action RPG genre. We only get to see two classes at work–the Mind Mage and the Geomancer–but what we see looks quite impressive.

We also get to see how this whole card-based combat system works. It looks like you get four spell “cards” that correspond with four different buttons: X, Y, A, and B. Casting the spell just seems to involve pressing the button, with a colored mana bar at the bottom of the screen limiting which spells can be cast at any given time.

Mechanically, it seems basically the same as Diablo 3, but we’ll have to wait for more footage to be released to know just how the two games will diverge.

As a refresher, Magic: Legends will be an MMO ARPG that puts players in the role of fantastically powerful mages called planeswalkers. “An ancient force moves in the darkness and it’s up to you to walk the planes and gather the power needed to fight,” reads the official Magic: Legends website. “Choose your path through the planes, collect spells to create powerful spell hands, and control the chaos of battle as you fight to save the Multiverse from its greatest threat yet.” 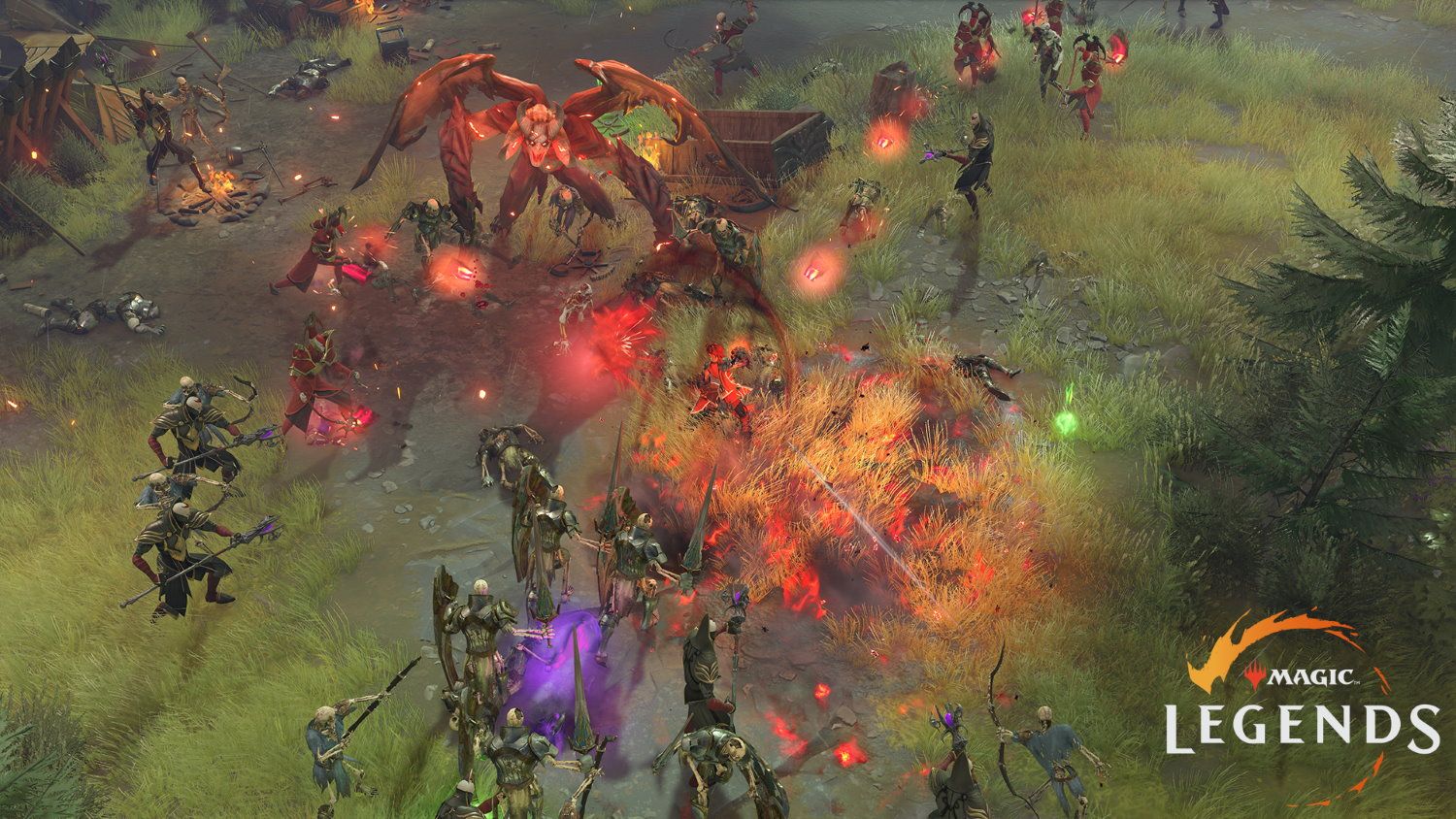 You’ll have five different classes to choose from with each corresponding to the five colors of magic. So far, just the Mind Mage (Blue) and Geomancer (Red) have been revealed, but expect White, Green, and Black planeswalkers to arrive in the coming months.

As you go through each of Magic: Legends‘ worlds you’ll collect more spells to add to your repertoire. The website seems to imply that you’ll “draw” these spells much the same way you would in the card game, but doesn’t elaborate.