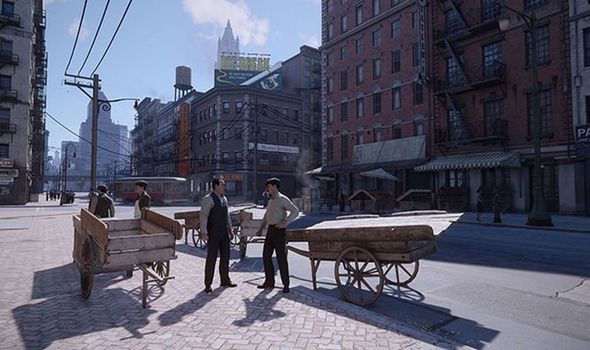 2K’s ambitious Mafia Definitive Edition is launching this week, and there’s great news for gamers counting down until the release date.

Plenty has changed since gamers first hit the streets of Lost Heaven, and they might be interested to learn about some of the features, such as the new collectables that are scattered across the map, and the Classic Difficulty option that offers an old-school challenge.

This also includes the new Free Ride mode, which will allow gamers to explore Lost Heaven freely without any mission objectives, test drive the vehicles in your garage, as well as find Easter eggs and collectables out in the world.

To unlock Free Ride mode, all you need to do is complete the first mission in Mafia: Definitive Edition’s main story.

Here is what we know so far about this week’s Mafia Definitive Edition release schedule, courtesy of 2K.

Developers 2K has confirmed that the Mafia Definitive Edition release date has been set for September 25 in most parts of the world.

This includes the UK, with the Mafia Definitive Edition release time set for 0:00 GMT on Friday.

And due to this being a worldwide launch, everyone on each platform should get access at the same time.

It also means that some places will get access to Mafia Definitive Edition earlier, including locations in the United States and Canada.

As an example, Mafia Definitive Edition will be available to play on September 24, in the US, at around 4pm PDT.

The full rundown includes the following time zones and locations:

For anyone wanting to know more about the new version of Mafia, you can find the official description below:

“Revisit any city after 18 years away, and you’re sure to find it changed. The fictional city of Lost Heaven in which the events of Mafia: Definitive Edition take place is no different, but its transformation has nothing to do with population growth, gentrification, or changing architectural trends.

“Rather, the dramatic differences between Lost Heaven circa 2002 when the original Mafia was first released and the city as it looks today come courtesy of gameplay-motivated design changes, technological advancements, and—of course—the developers at Hangar 13, who’ve spent years rebuilding Lost Heaven as a labour of love.

“Much like the city of Chicago of the 1920s and 1930s that serves as its inspiration, Lost Heaven is located in the American Midwest, riddled with corruption and home to powerful crime bosses who built their empires off the back of Prohibition. Below is a map of Lost Heaven as it appears in Mafia: Definitive Edition.

“The geometry from the 2002 version of Mafia was used as a guideline during the new game world’s construction, so the layout of the districts, city blocks, and main roads is largely the same, even if some of the names have changed.

“Memorable mission locations from the original game like Clark’s Motel, the international airport, and the race track are all here and, along with most of the Countryside area north of the city, can now be visited freely without needing to first progress through the story (no more invisible walls) or see a loading screen.”