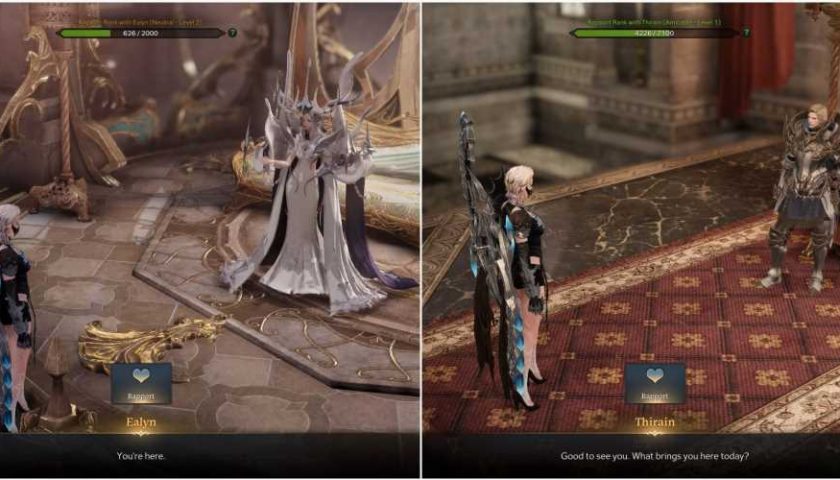 It’s no secret that the rapport system in Lost Ark is one of the many grinds within the game. However, the rewards are worth the effort and vary a great deal: island souls, giant’s hearts, virtue potions, gold, cards, and, of course, progress toward your Adventurer’s Tome.

As such, there are many ways to get gifts for your rapports, from unending grinds to weekly exchanges, to one-time rewards. The variety here is quite welcome because the simple, daily emotes and music performances, while helpful, won’t get you very far very fast, even if you’ve got an active Crystalline Aura to provide you with one extra daily rapport emote and music performance. 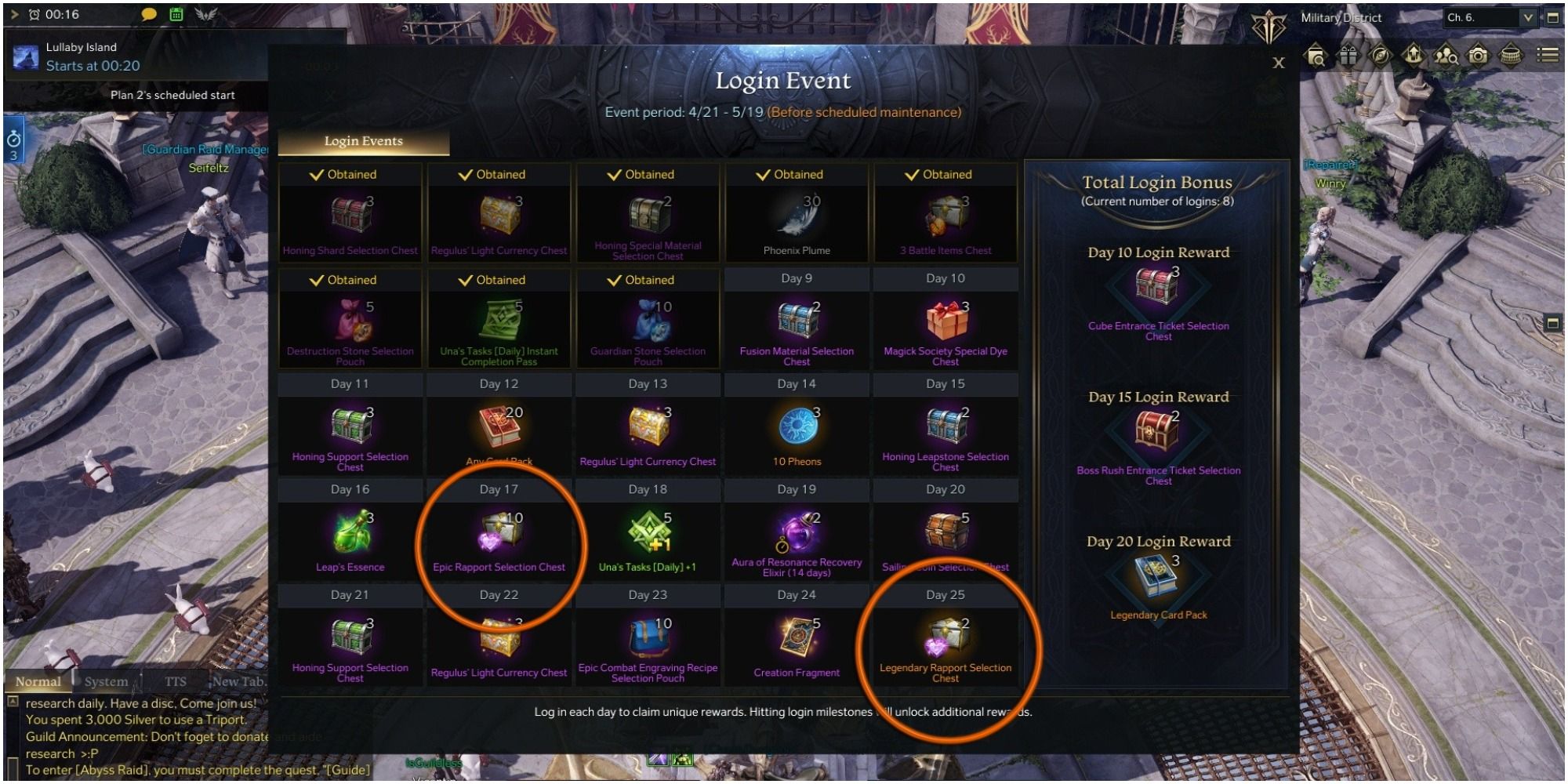 Starting out nice and simple, the daily log-in rewards can give you rapport chests. Sometimes they’re epic gift chests, sometimes they’re legendary gift chests, but more often than not, they are selection chests. While it being a selection doesn’t really make a difference for the legendary items (they all give 2,000 points regardless), the epic selection chests are crucial, as you can pick out the ones that give 450 points to specific rapports instead of the standard 300 (or anything in between). Hold onto these, and any other selection chests you may get, until you know which rapports you want to progress. 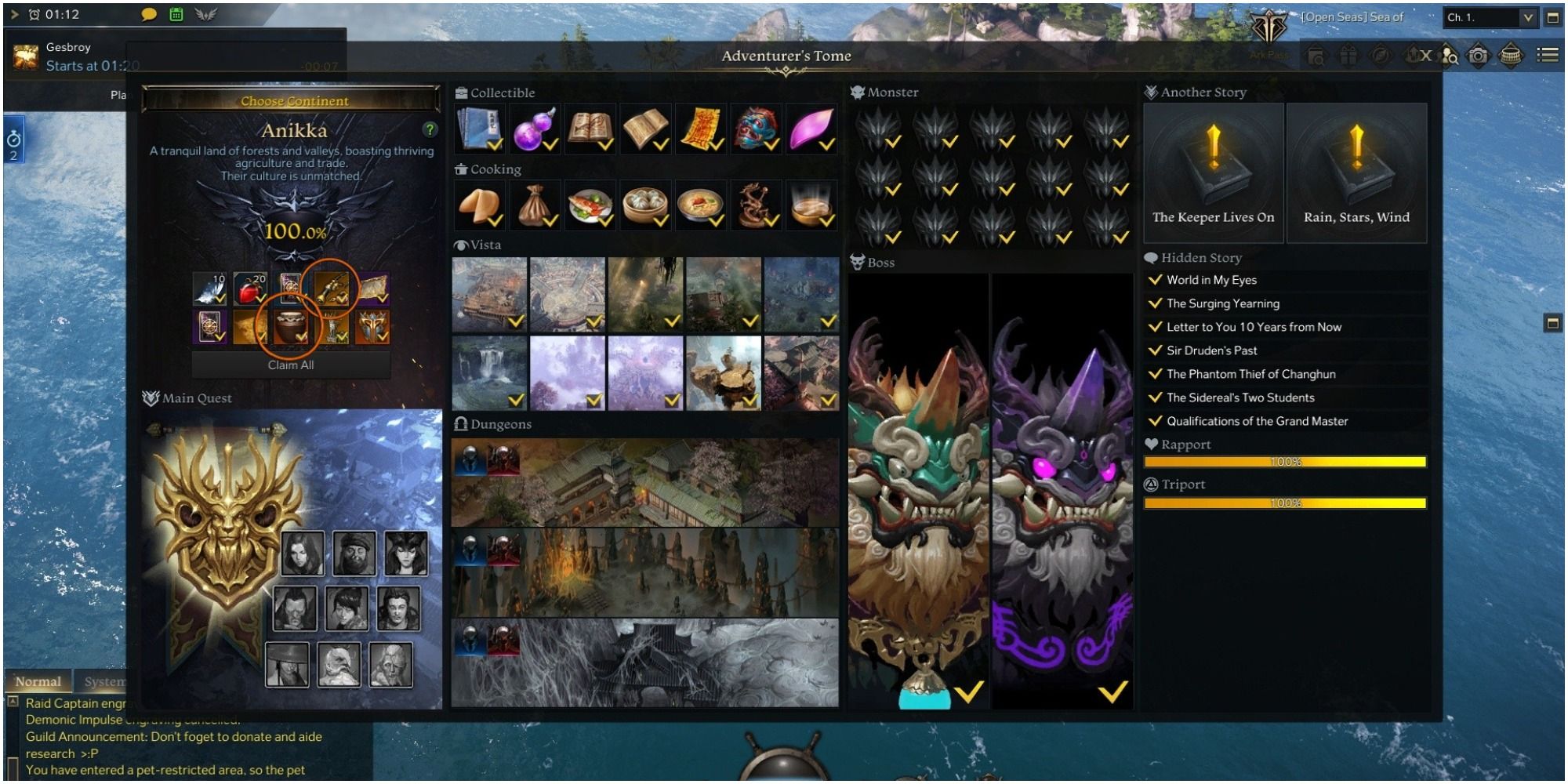 The Adventurer’s Tome isn’t a daily or weekly way of getting rapport gifts, but it is nonetheless a massive contributor by virtue of the relic rapport gifts (which give 10,000 rapport points) most of the continents give you at the 80 percent complete mark. These are the most valuable ones, so use them wisely. Also, some continents in the Adventurer’s Tome even give you a legendary rapport gift at an earlier percentage too, so look out for those. 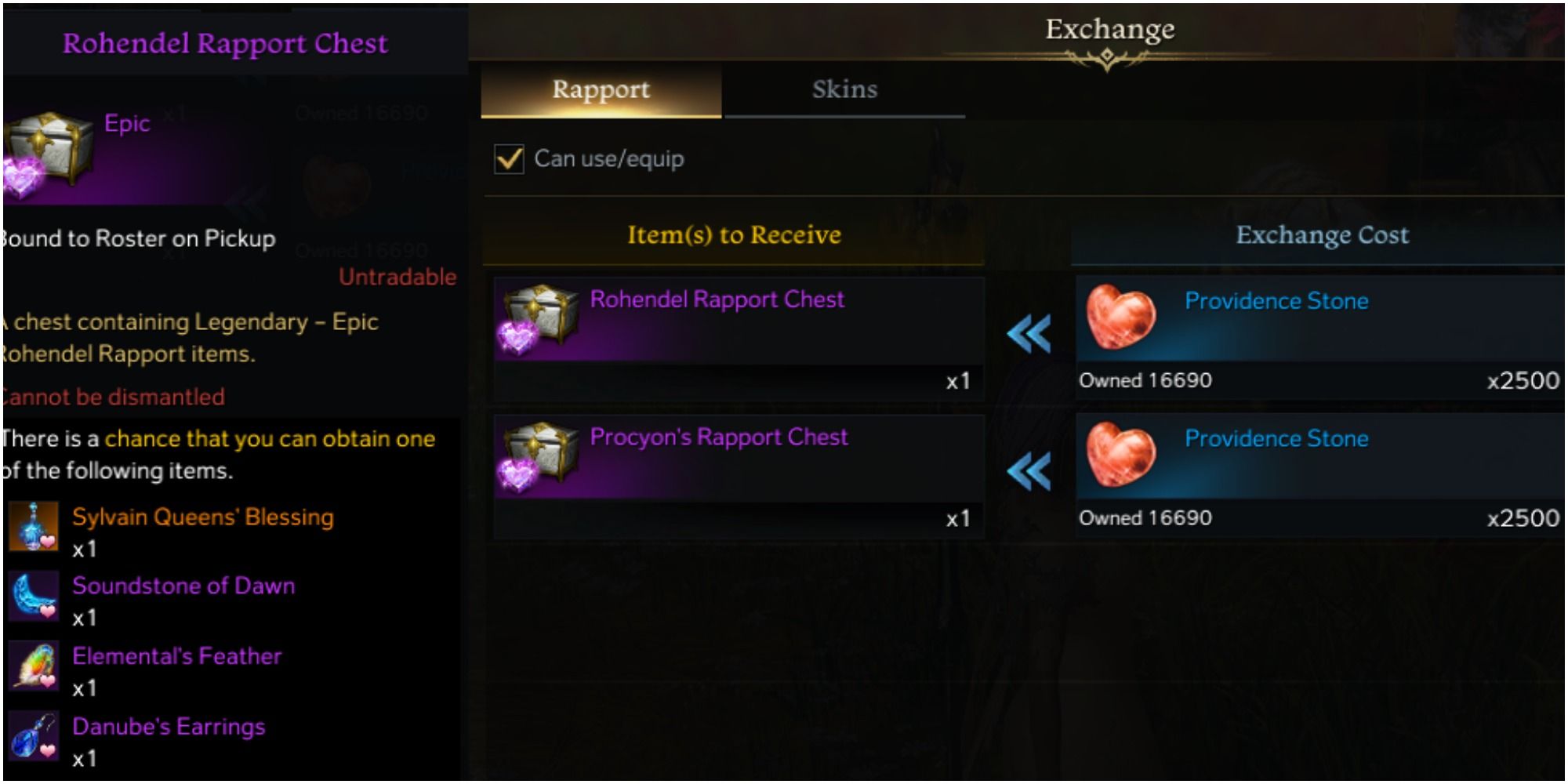 Rapport gifts are most reliably bought (and grindable) through providence stones. Typically, if you go to the exchange rapport vendors in any city, they’ll give you a chest that contains three random gifts (with a chance at a legendary one, though the baseline is three epics) for 2,500 stones. Bear in mind that the chests are zone-specific, so if you’re trying specifically to progress, say, your North Vern rapports, grab the North Vern chest from the vendor in Vern Castle.

Providence stones are relatively abundant and easy to farm through activities such as Una’s Tasks, dispatch missions, Platinum Field runs, dungeons, and side quests. 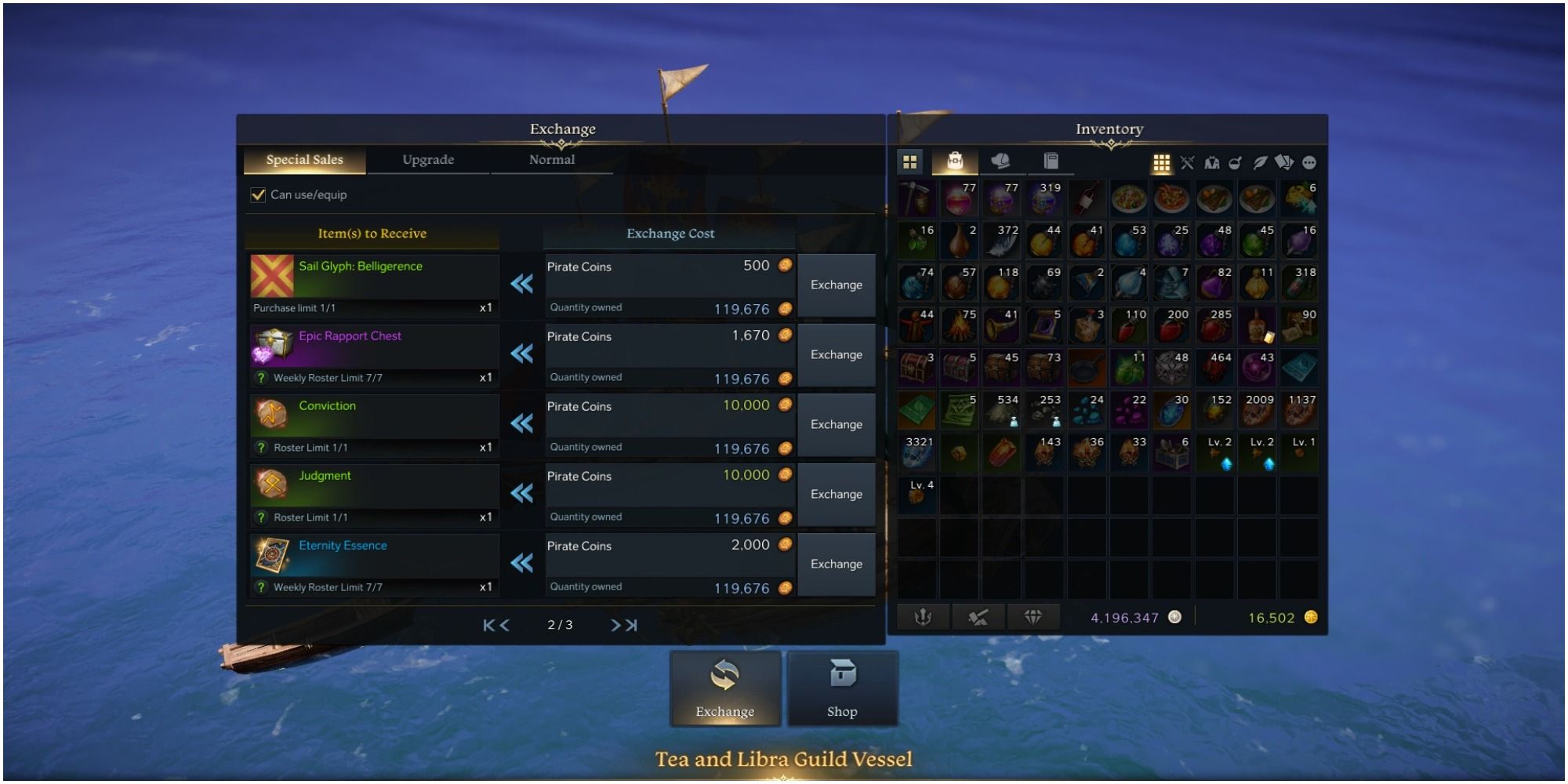 This is a pretty straightforward way to get you some epic rapport chests. At every port, you can find a ship merchant ready to trade you up to seven epic rapport chests, for 1,670 pirate coins each. This is a weekly exchange (under their “special sales” tab), so only seven chests per week can be obtained this way. 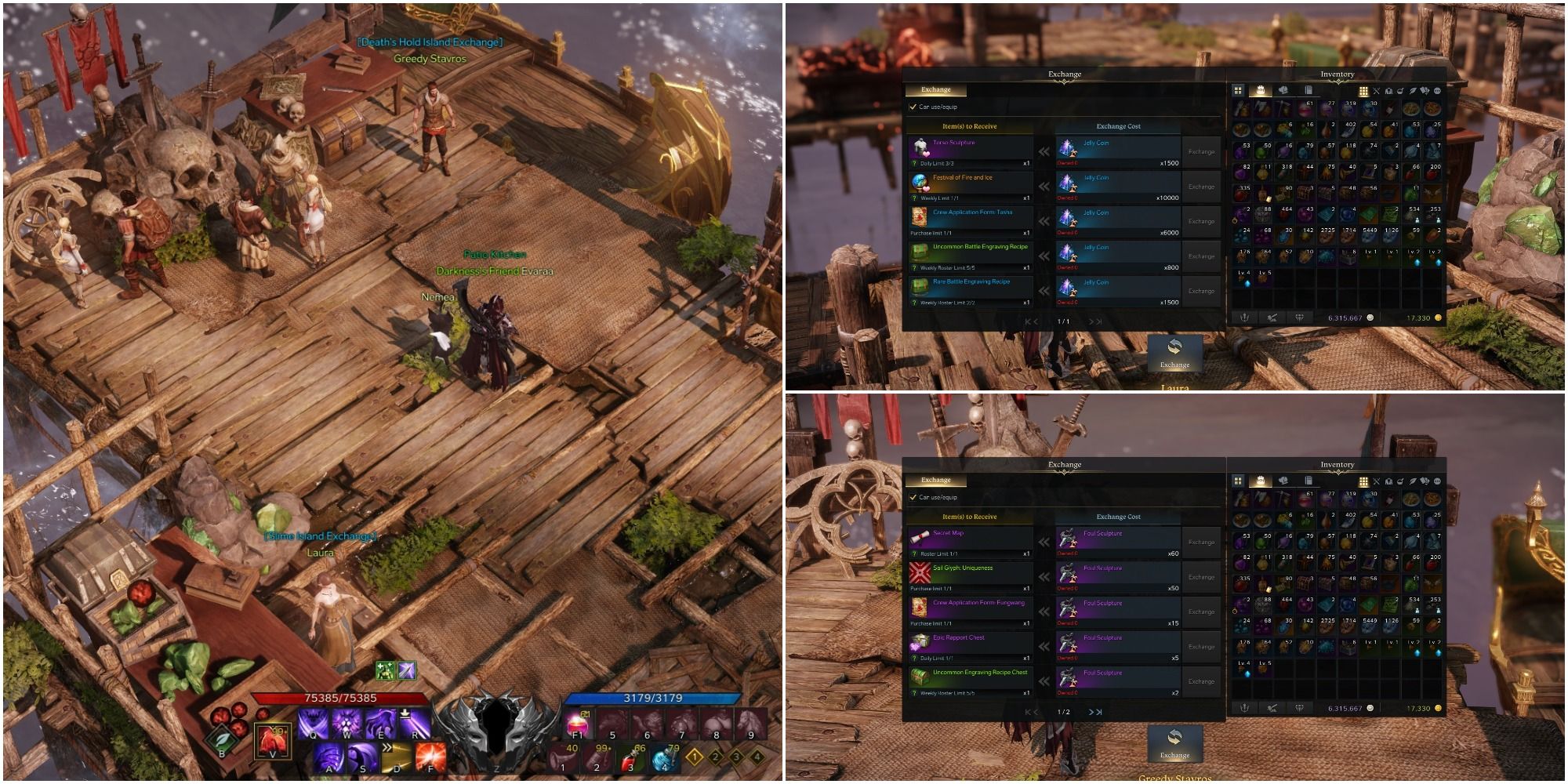 Atropos, the island of merchants, has a bunch of exchange vendors that sell rapport items. That said, each of these exchange vendors requires a distinct, island-specific currency in order to trade with them. For example, Jelly Coin is the trading currency for Slime Island whereas Death’s Hold Island uses Foul Sculpture.

You can just as easily go to those individual islands and find the same items up for exchange there. However, Atropos, being the merchant hub that it is, is a more convenient place to go as a one-stop shop. It’s also pretty close to South Vern’s port in Bellion Ruins, so it’s pretty easy to get there. Just remember that not all the merchants here sell rapport items, only some. 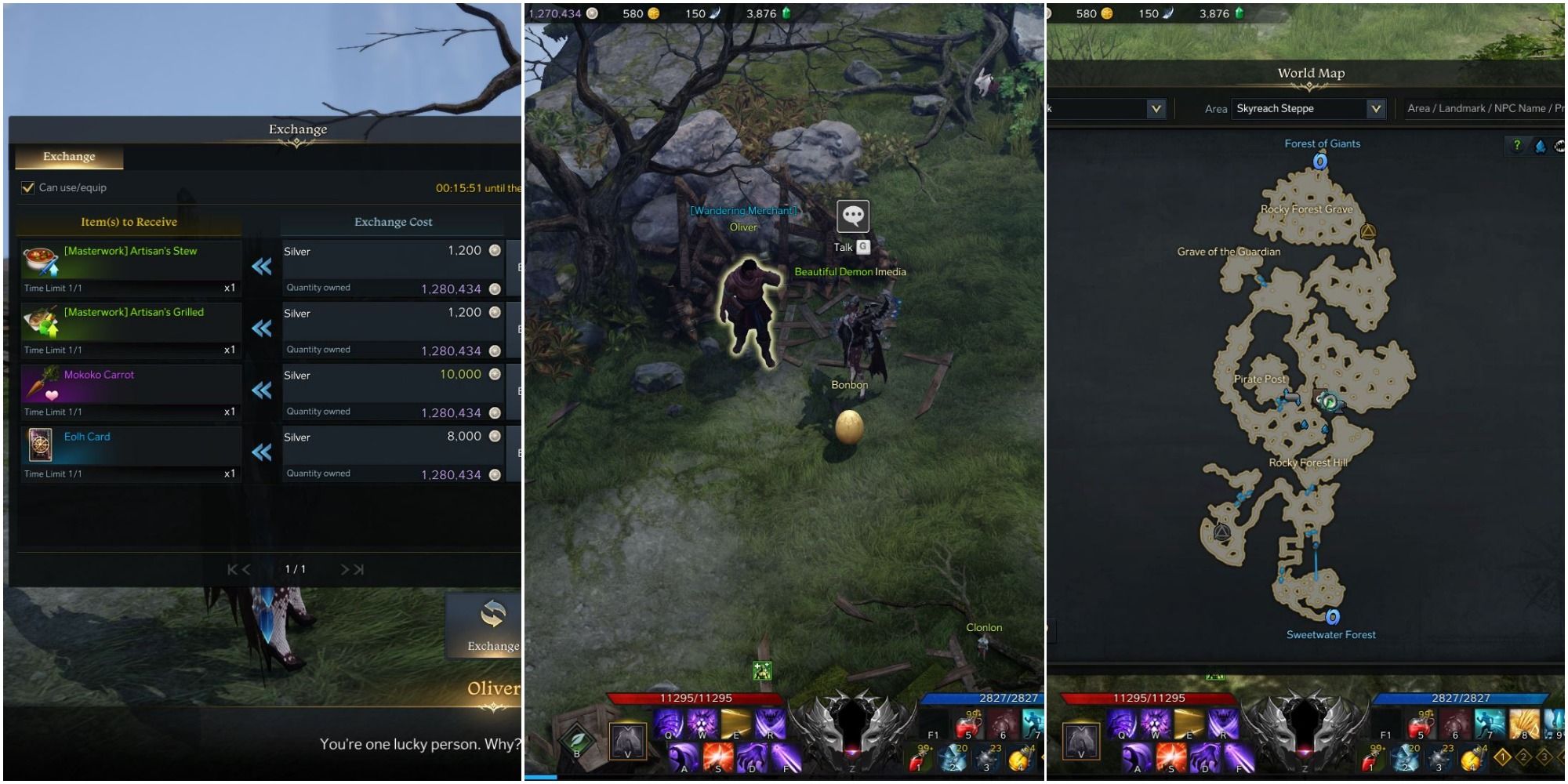 Wandering merchants are an excellent source of epic rapport gifts (each one has a pretty decent chance of selling a legendary rapport gift too), especially if you visit multiple per spawn. We have a handy guide here that lays out all their locations and spawn times so you can camp them out to your heart’s content.

A word of caution here: the epic gifts cost 10,000 silver and the legendary gifts cost 80,000 silver. While getting a steady supply of rapport gifts from wandering merchants is a nice method, it can get pretty pricey, especially if you keep getting lucky with the legendary gifts and spending 80,000 silver on the daily (or more than once a day, even). So, if you plan on doing this, consider farming some silver as well, so you don’t put too large a dent in your total sum. 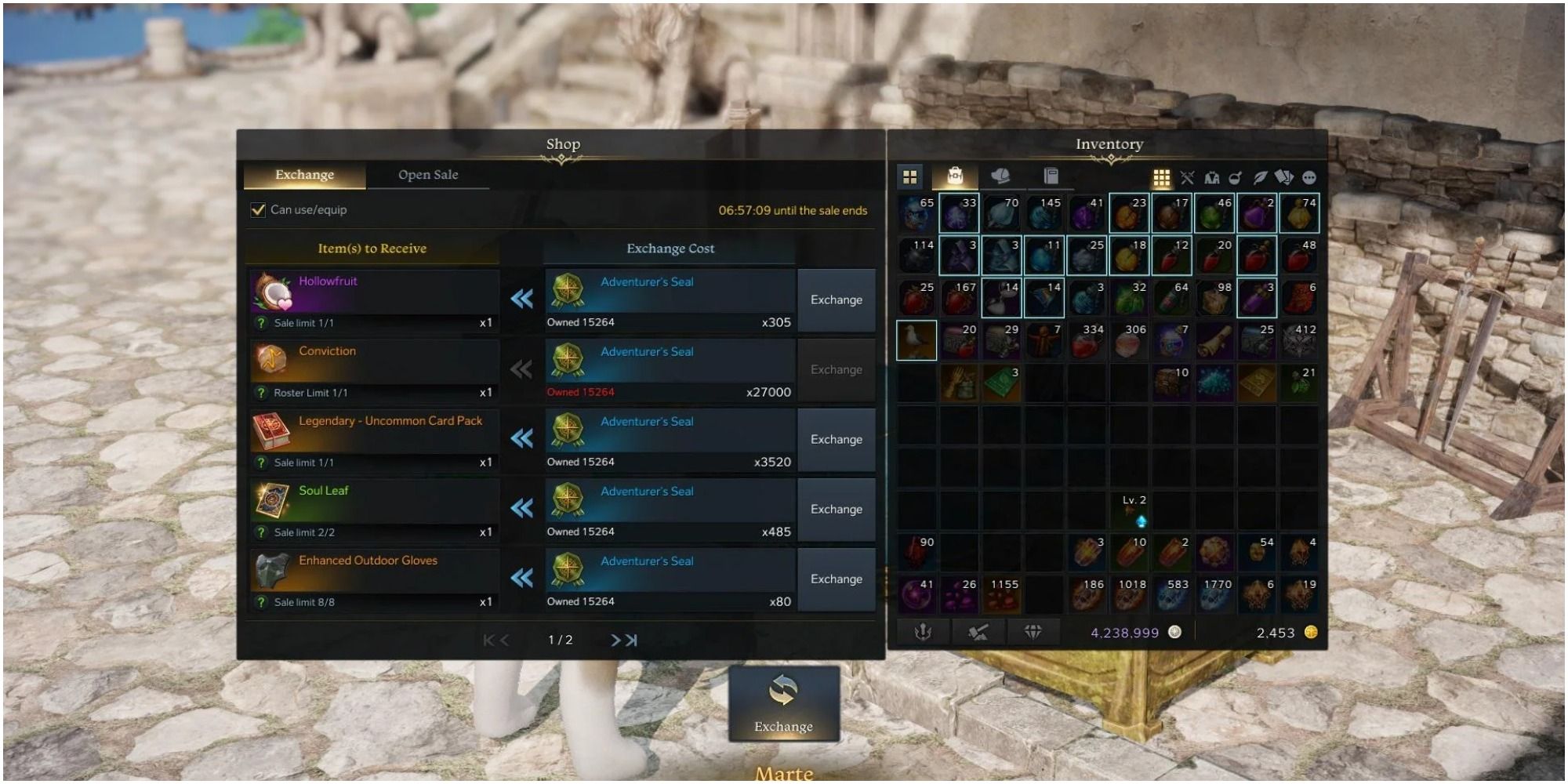 Not all the visiting merchants to your stronghold will be selling rapport gifts. However, some do, and when they do, you can reliably pick up 2-3 epic gifts (sometimes a legendary gift) if you have a sufficient amount of the corresponding seals (of which there are three types—Raid, Adventurer’s, and Victory—and all are earnable through dispatch missions). So be sure to check the merchants visiting your stronghold every time a new one arrives! 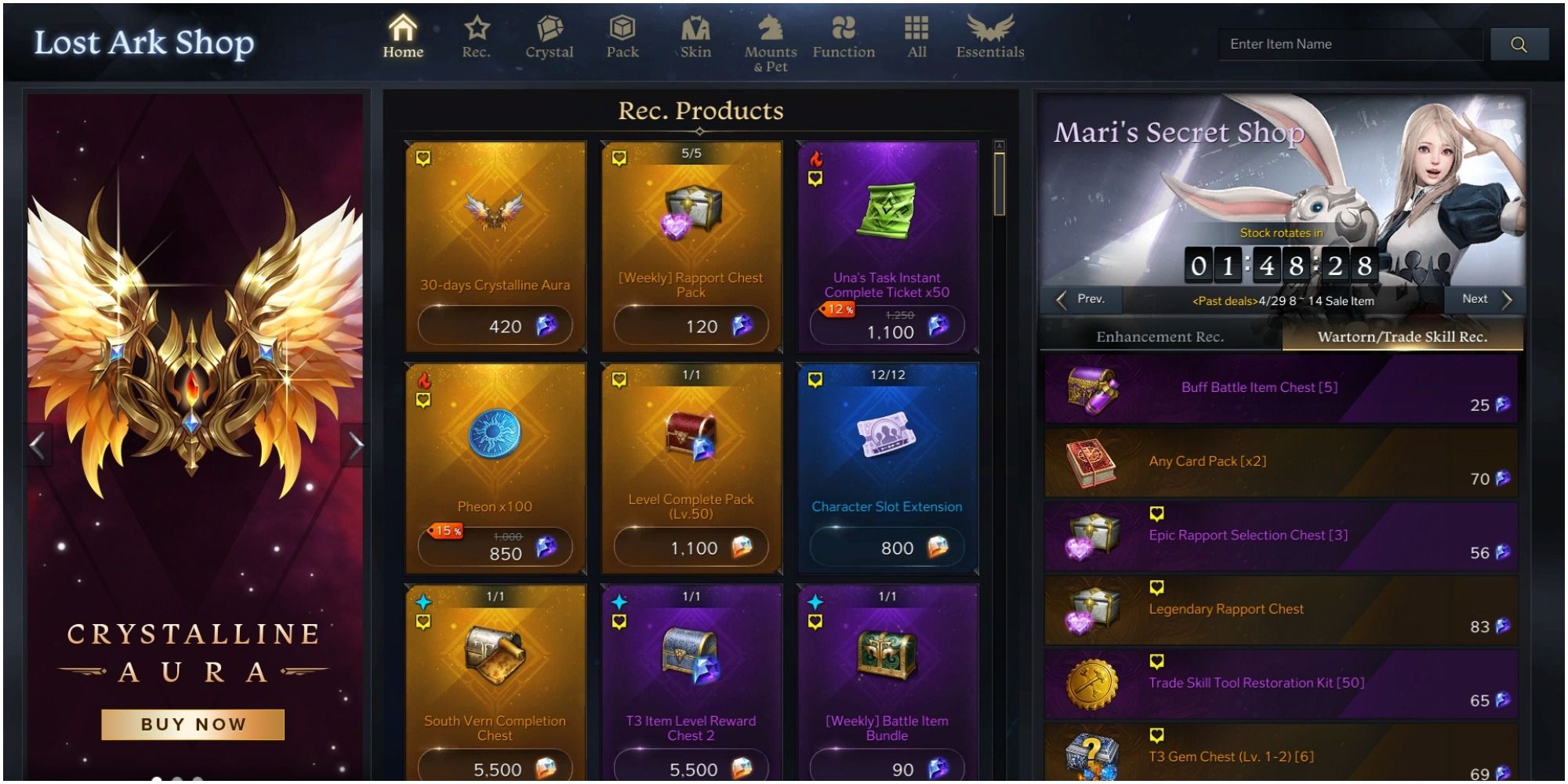 While Mari’s Secret Shop is a decently reliable source of rapport gifts, it’s probably the most costly of them all, as the chests sold here cost blue crystals. Said crystals are earnable in-game through gold exchange, however, it’s not cheap. So unless you’ve got the gold to spare or are willing to spend real money to buy the in-game currencies, the other ways are more economical.