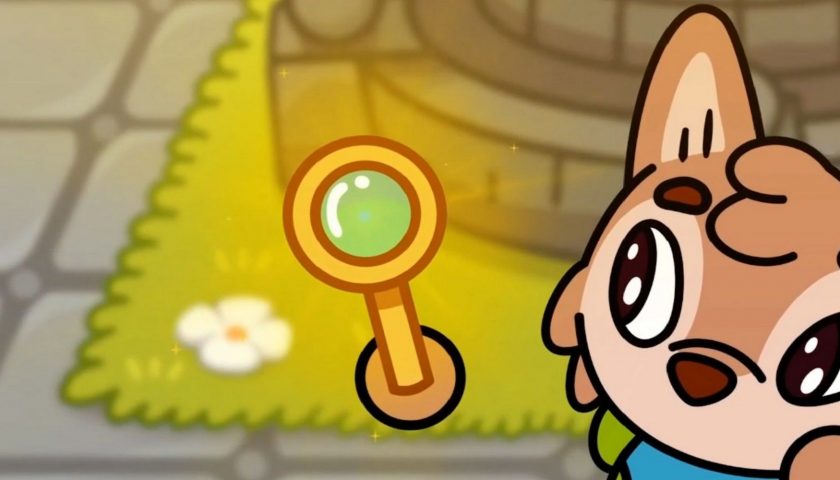 You’ve solved the bulk of the puzzle in the looming Tower in Lonesome Village, you’ve freed the villagers, and you’ve learned who the big bad of the game really is. Ready to go do something about it?

This chapter sees you gearing up for the last battle, and to do that, you’ll be running all around Ubhora one more time, visiting new areas of familiar locations. There are only a few more puzzles standing between you and the story’s conclusion, so follow along with our guide to solve some of the biggest, toughest puzzles yet. 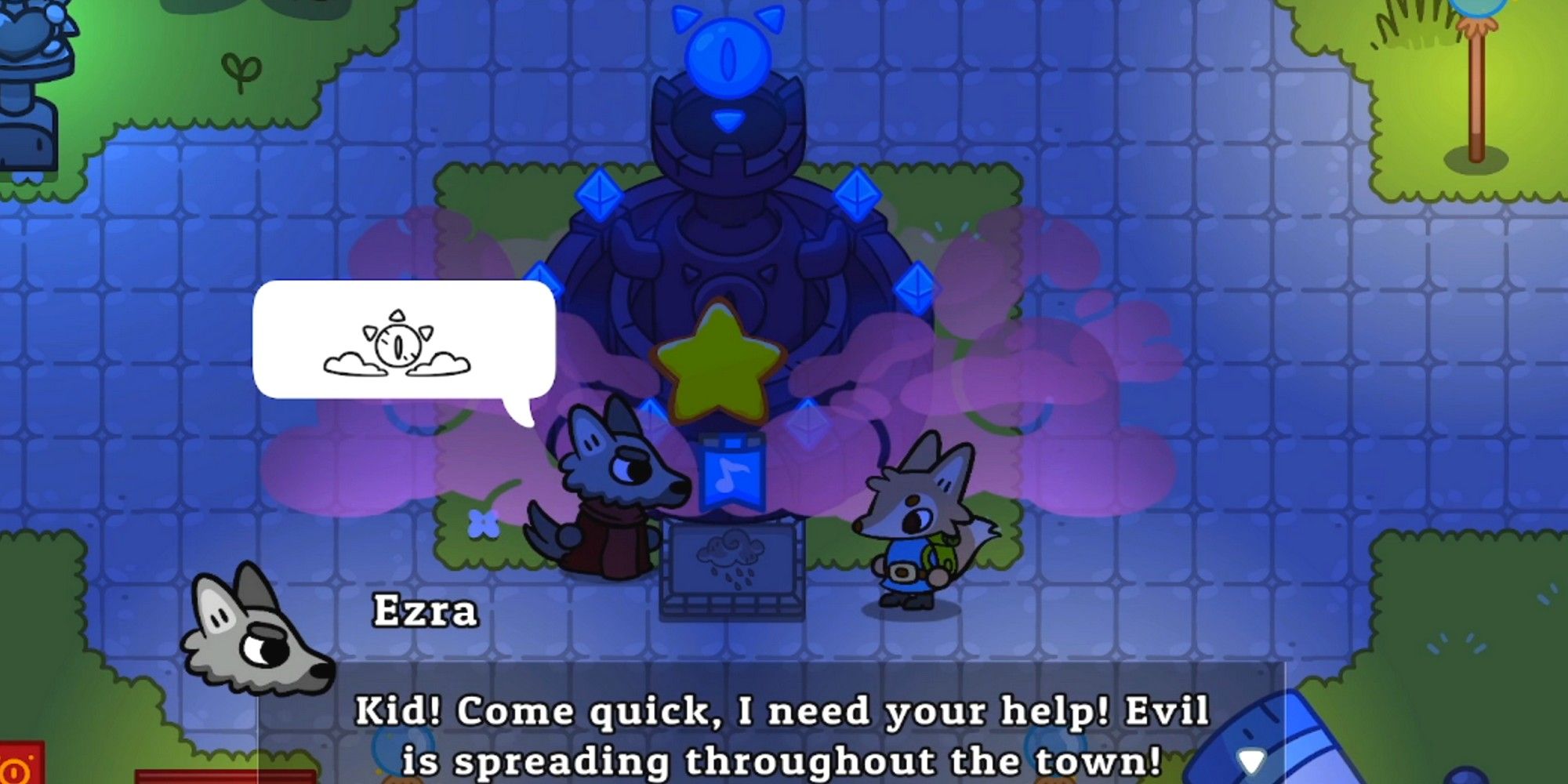 The chapter begins with Wes crying outside his tent in the Forest. Once you have control of him again, go directly north into Center Village.

Here, you trigger a cutscene with Ezra, the mysterious hooded wolf you’ve seen in the shadows throughout the story so far. He’s by the fountain in the center of town, just barely able to contain the evil that’s trying to escape.

He produces a star with which he hopes to stop the evil, but the power is too great – the star shatters, and the three fragments of it are sent to the far reaches of Ubhora. When you open your map, you can see that the star pieces can be found in the Mountain, Beach, and Jungle.

However, you won’t simply find the fragments there. Wes will need to solve one puzzle per star fragment in order to retrieve them.

You can do them in any order you’d like, so finish the cutscene and get going on your last big adventure.

As you’ve gone through Ubhora, you should have been noticing star platforms embedded in the ground in these areas. The portal for the puzzles will be on these platforms. 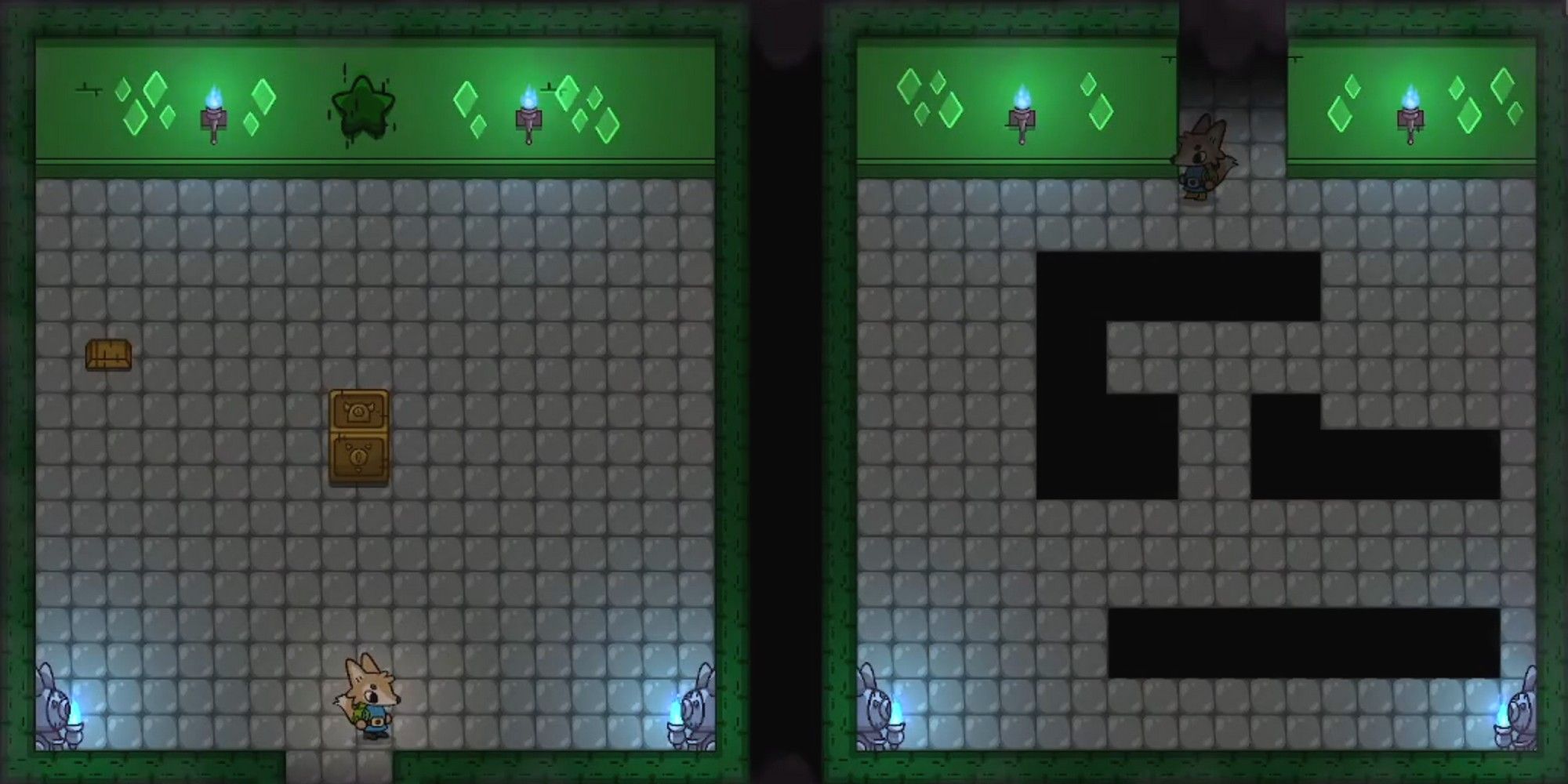 We started our journey for the stars in the Jungle. The platform for this area can be found if you go up along the path from Memphis' tent, then right toward the right-most wall of the Jungle.

In here, your shadowy doppelganger from certain levels in the Tower has returned to help you once again. Shadow Wes moves mirrored to regular Wes, so keep this in mind as you use the two of them to navigate the puzzle.

Your goal is to use one Wes’ movements to help the other Wes press the buttons in the three rooms ahead.

The first room is simple enough: use Wes to maneuver Shadow Wes so that he pushes the boxes onto each of the buttons. Wes doesn’t have much going on in his half of the puzzle, but he’s responsible for navigating Shadow Wes through a series of traps and pitfalls.

In the second room, you see chunks of the floor missing on Shadow Wes’ side, but you need to move Shadow Wes tactfully to help Wes push the box on his half of the screen. To do this, bring Shadow Wes down the right side of the screen and make sure he’s lined up with the three-square thick path before pushing the box on Wes’ side.

The final room is the most frustrating. Wes has switches on his side that activate or deactivate pathways on Shadow Wes’ side of the room.

Being extremely careful not to let Shadow Wes fall, get Wes to the section of switches shown below: 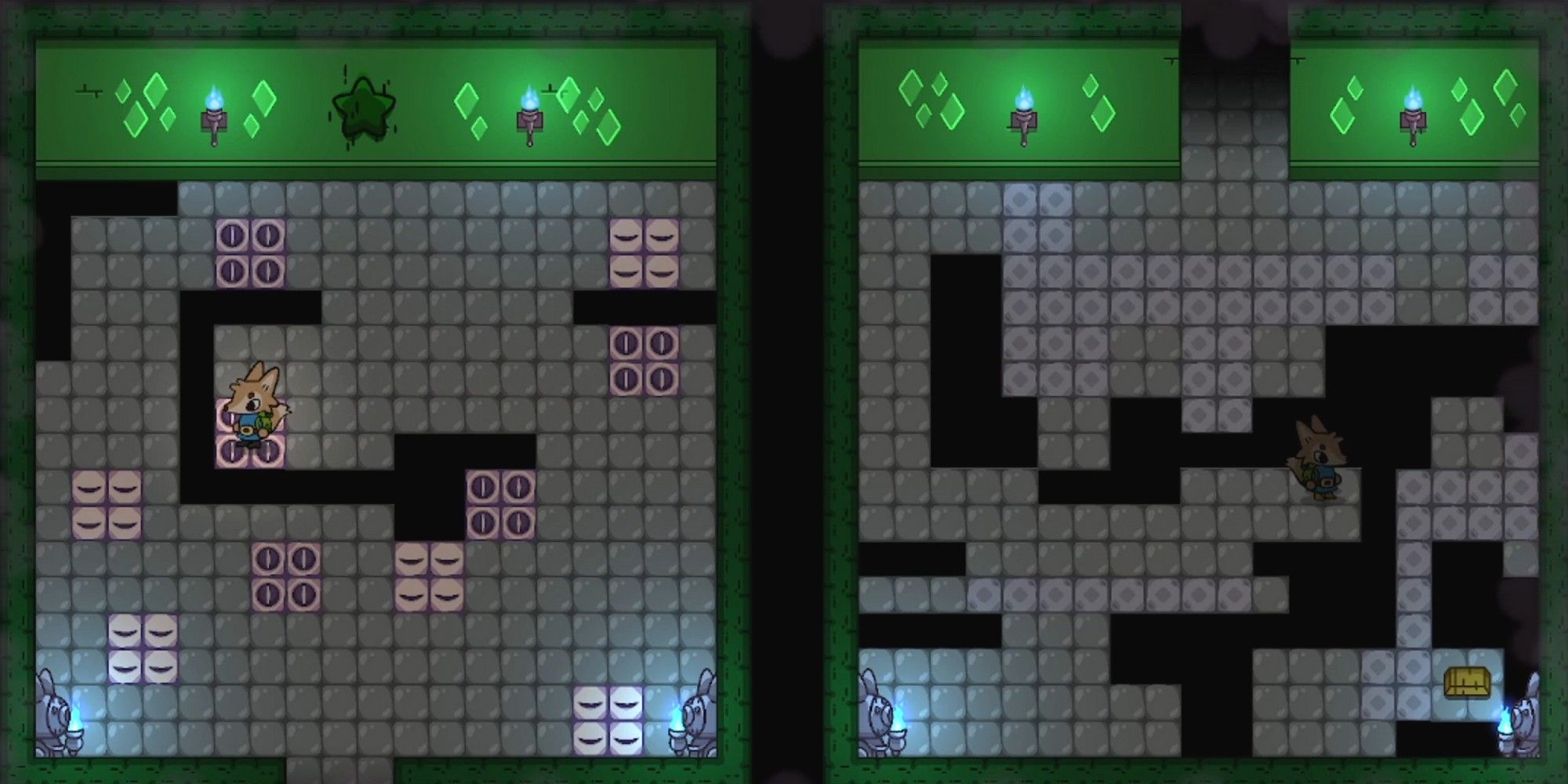 From here, carefully move up to the switches in the top-right corner of Wes’ side to activate the final section of floor you need, and then bring Shadow Wes back across toward the button to finish the puzzle. 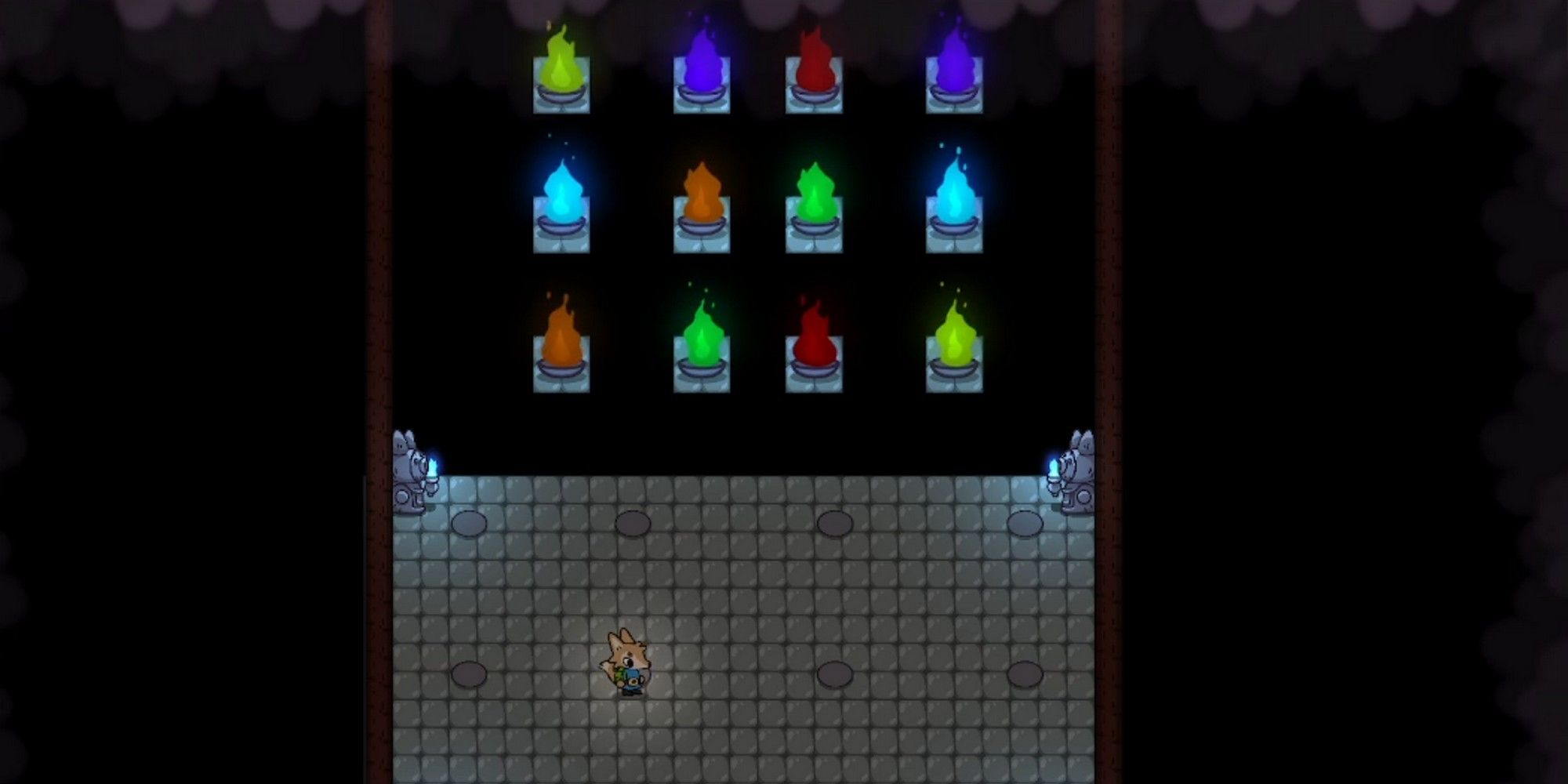 The star platform in the Mountain area of Ubhora can be found between Robert's blacksmith shop and Jenko's photo studio.

For this puzzle, you’ll be playing a take on a matching memory game again. You’ve come across this mechanic before in the tower, too, so use the switches in the floor to light multicolor flames on the pedestals in the room.

It’s important to note that the colors for the torches will always be random. Therefore, we can’t possibly give you the exact solution to either puzzle.

However, we can give you the friendly advice that this puzzle is different from the other matching puzzles in that, when you don’t make a match successfully, only the two torches you just lit will turn back off, instead of all the torches vanishing like before that made you do everything all over again.

Remember which switch activates which color, and match every flame with the same color to receive the star fragment. 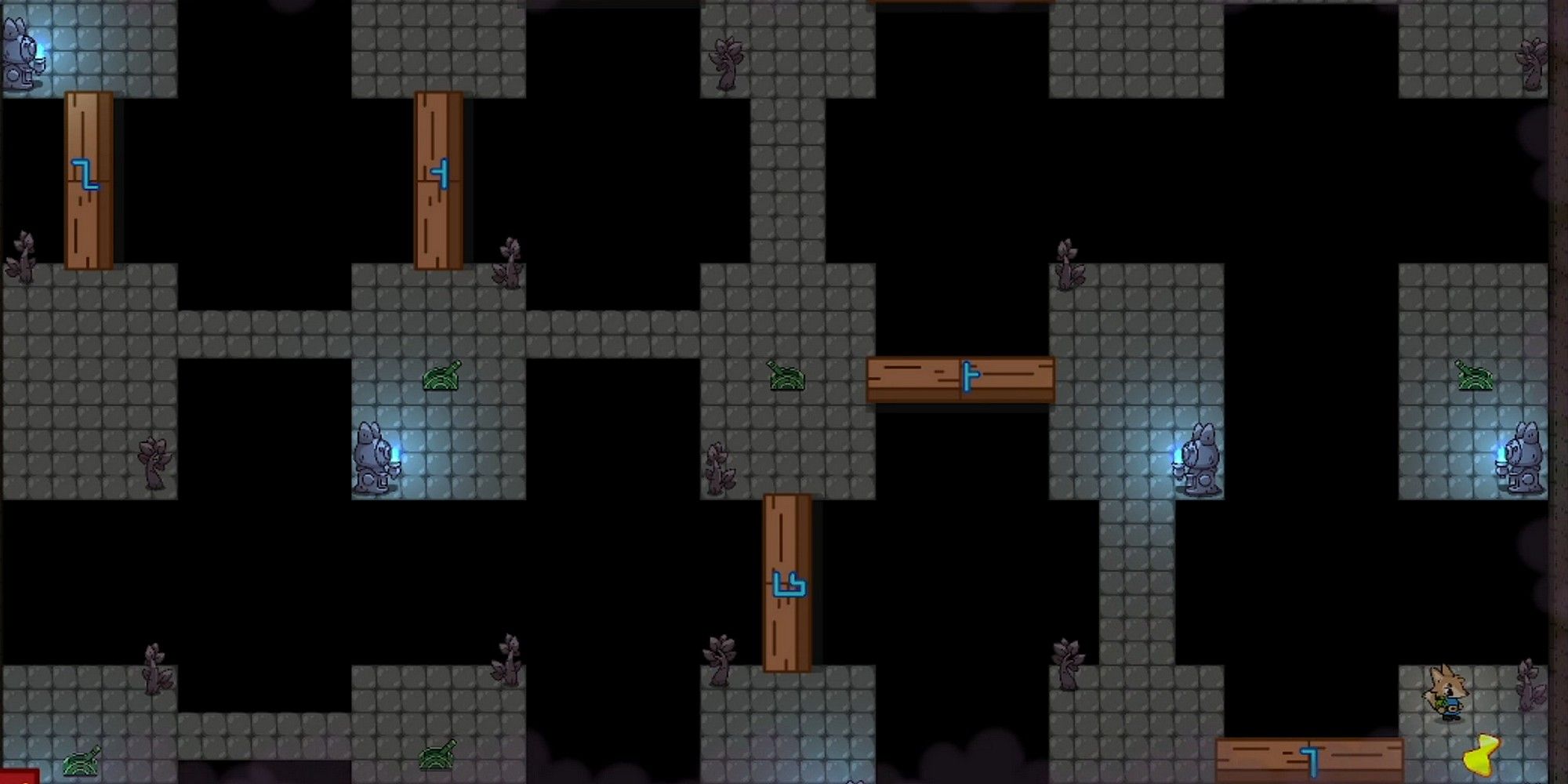 The final puzzle before you’ve reassembled the star, the star platform in the Beach can be found in the bottom-right corner of the beach, south of the aquarium.

Here, you’ve got another puzzle with levers to activate or deactivate paths and bridges across a massively segmented room. The good news is that there’s only one room for this puzzle, but the bad news is that you shouldn’t underestimate it just because of that.

Here are the steps to successfully get Wes to the star fragment in the bottom-right corner of the room. 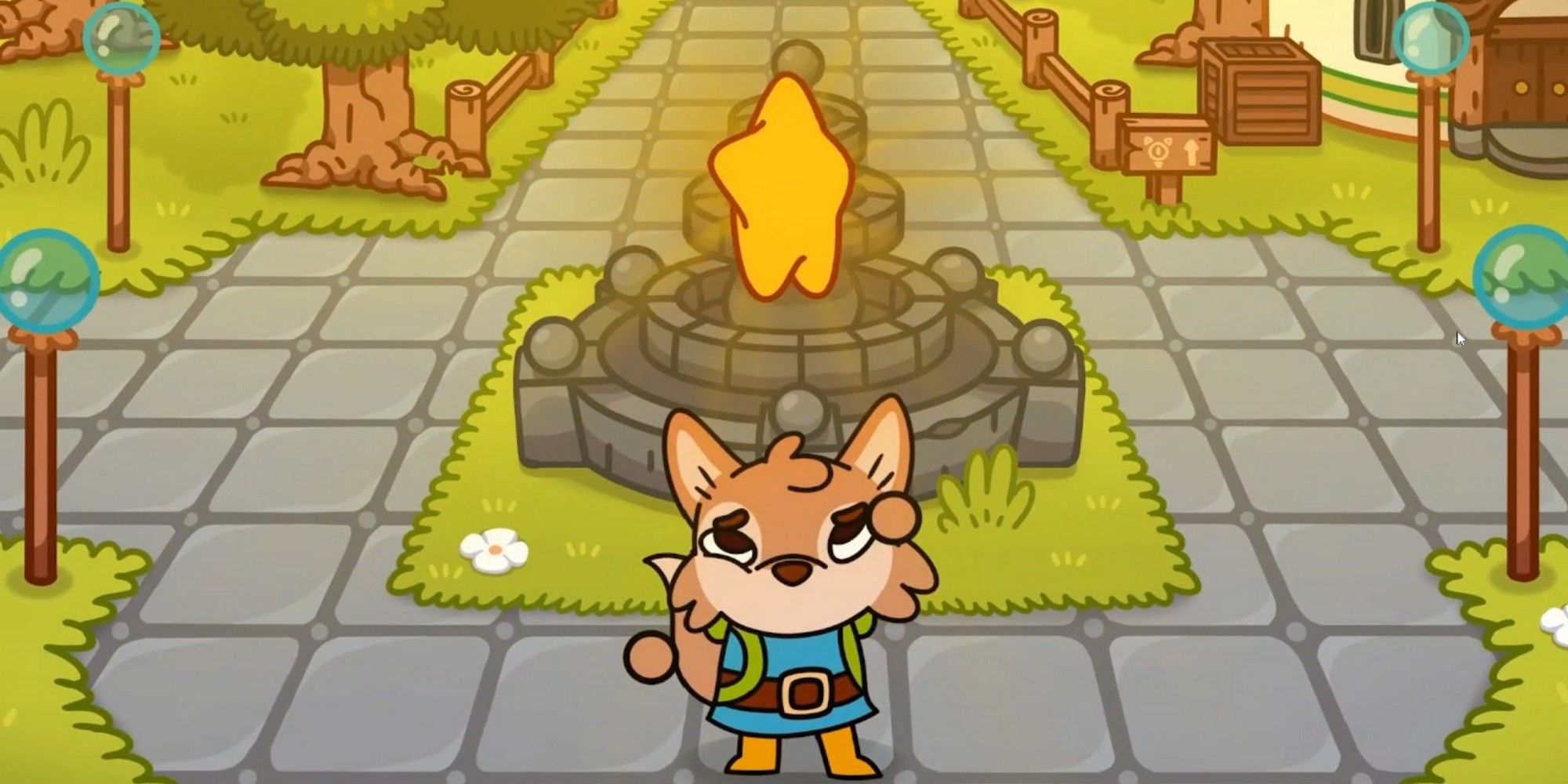 Congratulations on reassembling the star! This is a really fast chapter, so your only task is to return it to its rightful owner.

When you get the final fragment, return to Center Village so you can give it to Ezra. This will trigger a cutscene, so sit back and enjoy watching Wes receive the golden magnifying glass.

This is the tool you’ll need to complete the final section of the Tower and end this evil for good. Whenever you’re ready for the final showdown, head back to the Tower to begin Chapter Five.