I’ve got an awful track record when it comes to wireless headphones. Being the picky, ogre-headed fool I am, nearly everything has either been too tight, too power-hungry, or it’s had an awful buzz caused by signal interference. As a result, I’ve tended to stay firmly wired for all my peripherals, chained to my desk like an RGB luddite.

This makes the fact that the Logitech G735 all the more shocking. I expected a wireless headset designed to be “inclusive of smaller head sizes” to be a big mash of every problem my melon of a head has ever had. Despite that, its slick design and impressive suite of features has dragged me into the wireless era.

Despite being designed for smaller heads, this “one-size-fits-all” headset can extend to impressive sizes to fit any noggin. Featuring few fiddly hinges or needless straps, it feels secure and sturdy even when stretched, but can condense to a size small enough to fit someone with less Orc-ish dimensions. 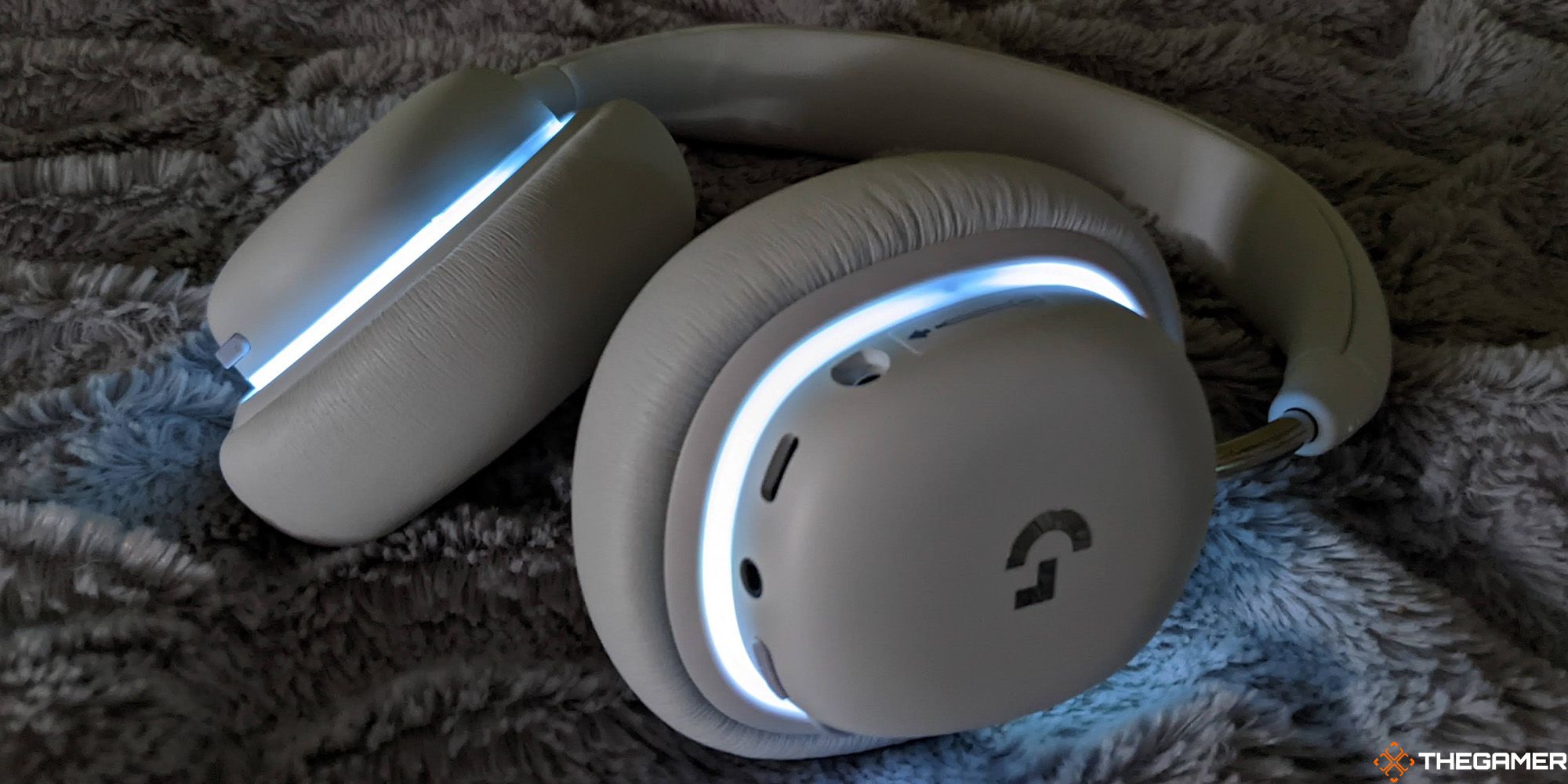 A lack of any needless supports or padding makes for a headband that feels a bit harsh the first time you put it on, as its narrow frame puts what initially feels like a disconcerting amount of pressure on the top of your head. After two weeks of wearing it, though, it feels as natural as any wider, plusher headband, but without all the extra points of failure those designs tend to roll in.

The cups themselves are smooth as hell. While it does have the usual gamer RGB lighting every peripheral ever feels the need to include, it manages to do it in a tasteful way – no garish strobing, just a neat ring of light around the ears to signal everything from battery life to connection status. While I’m not sure its Logitech-branded cups quite pass the ‘would I wear this in public’ test, they’re most definitely more at the tasteful end of the chic-to-Gamer spectrum.

It’s not just fancy lights that make this thing special, though. The real magic is in its multiple-input functionality. You can run multiple devices into the headphones at once, meaning you can listen to both your computer or console through the wireless USB dongle and pair it up with any other device via Bluetooth and get inputs from them simultaneously. While the temptation to watch TikTok videos while working is high, I’ve been a good boy and have mostly been using it to play on my Steam Deck via Bluetooth while also watching YouTube videos on my PC. Outside of work hours, of course. 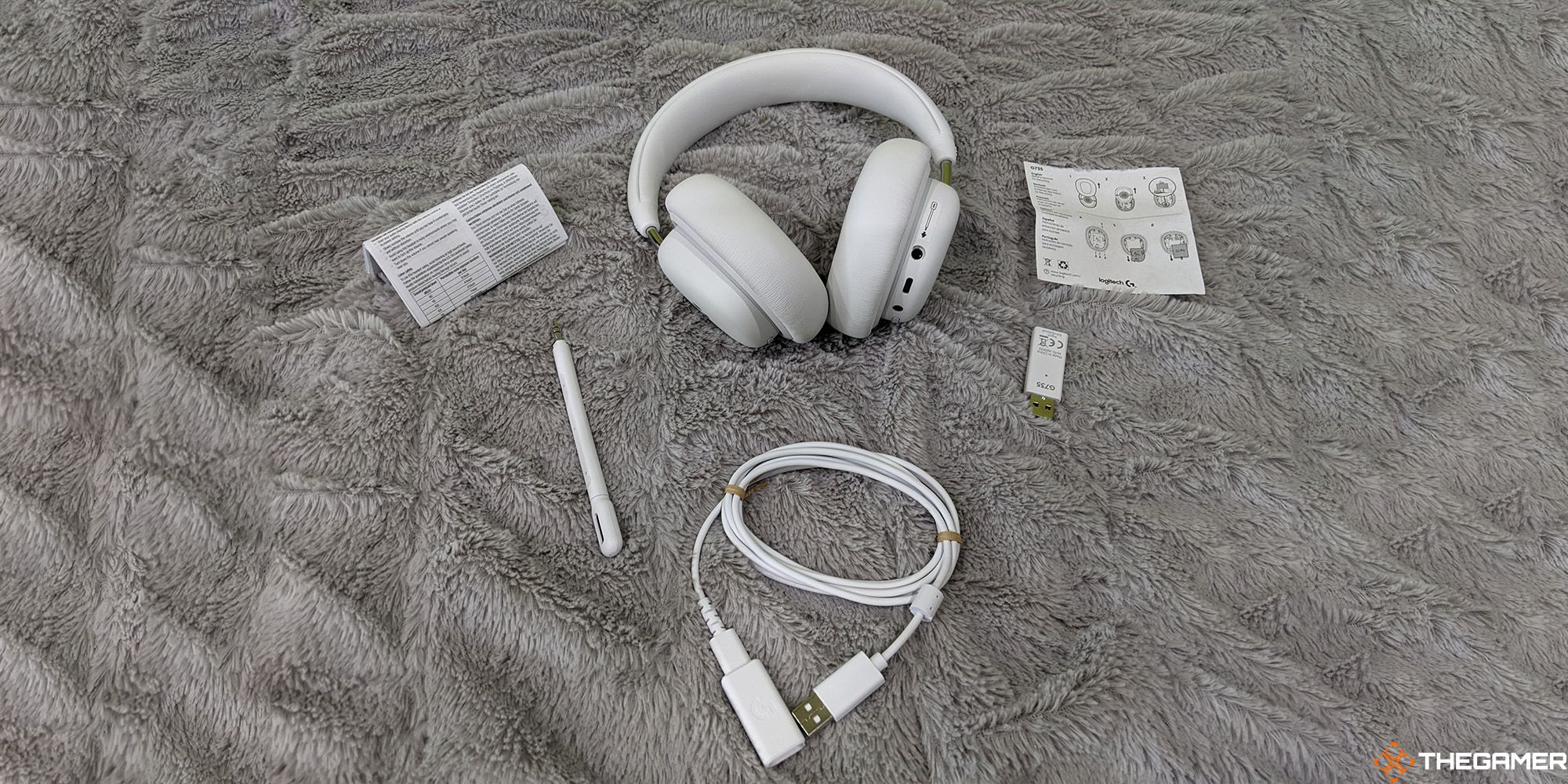 Unfortunately, for all the impressive design choices and being able to feed a trillion devices into it at the same time, the actual sound reproduction does leave something to be desired. It’s nice and crisp, and free of the usual signal interference I’ve found every other wireless headset to suffer from, but it’s a tad heavy on the bass. Modifying the levels through the G Hub doesn’t do much to correct it other than muddy the mid-tones. It isn’t overly egregious – I soon adjusted to the bass, and for boom-heavy genres like FPS it’ll feel impressively punchy, but it isn’t quite on the level as Logitech’s Pro headset either.

The detachable microphone isn’t up to much, either. The placement is slightly awkward, and the limited flexibility in the mic itself makes it jut out and impede on your peripheral vision – something you don’t want when trying to concentrate on avoiding that annoying Finn player’s spinning bag of doom. The audio quality is purely fine – hardly podcast quality, but good enough for calls. Considering this is from a leading name like Logitech, and we’re in a world where small microphones like the ModMic can provide crystal-clear sound quality for the same size as the G735’s, maybe fine isn’t good enough.

The bigger problem is in sound leakage. If you’re listening in a room with other people (or even in the room over, in my case), there’s a good chance they’ll be able to hear every word of your music or show. As mentioned earlier, the ‘would I wear this on the bus’ test is a good metric for gaming headphones, and this is another area where the G735 fails. 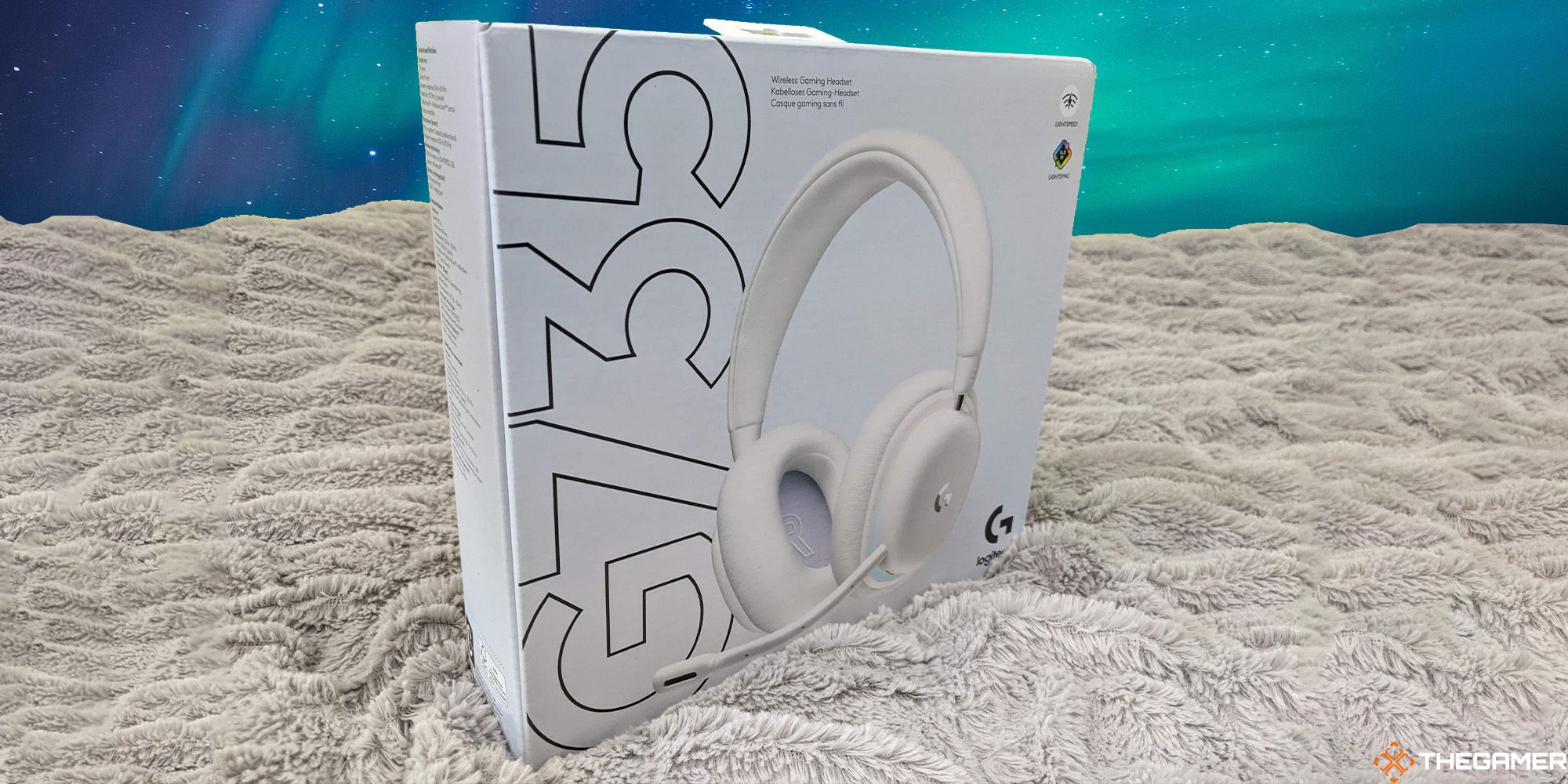 However, those shortcomings are very minor. The Logitech G735 is packed with features and clever design choices that make it a comfortable, flexible, and powerful headset regardless of if you’re petite and dainty or Shrek’s less handsome cousin like me. With the lengthy battery life (I’ve gone days without charging it despite wearing it for entire work shifts) to top things off, this should be a serious contender for your next gaming headset no matter how big you are.

A sample was provided by Logitech for the purposes of this review.