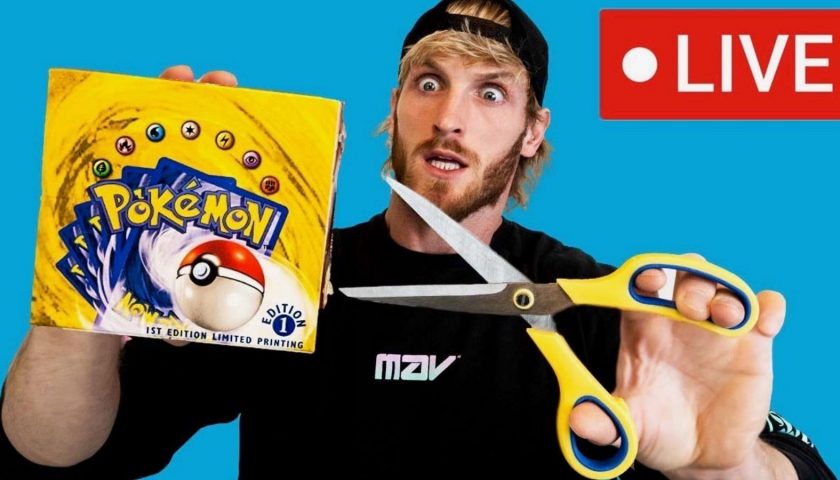 Logan Paul, the same internet celebrity who boxes with Charizard around his neck, gets scammed out of millions in Pokemon cards, and made disrespectful comments in a Japanese forest, has decided he’s going to run for President of the United States of America.

When he turns 35. There’s a rule in the US where you can’t be President until you’re 35 years old. Like a lot of things in the US, and including Logan Paul himself, it’s kinda weird.

But getting back to Logan's almost certainly doomed presidential bid, Paul made the announcement on the most recent episode of his Impaulsive podcast. "I really do think I’m gonna make a run for President when I’m 35," said Paul. "Like, deadass.”

So, what's Paul's platform? From the sound of things, he hasn't quite figured that out yet. "I have to do more research, but I think I could do some seriously good sh*t that is so necessary, and in my head feels inevitable, but someone has to do it.”

As noted by Dexerto, this isn’t the first time Logan Paul has announced his intent to run for the highest office in the land. Back in 2020, Paul made it clear he plans to make a presidential run before his inevitable death.

“Before I die, I will be President of the United States,” said Paul in an April 2020 episode of his podcast. “And honestly, I will probably be a very good President.”

Given the state of US Presidents in April 2020, that wasn’t a particularly high bar.

Although, back in 2020, he wasn’t quite so keen on running for president as soon as his 35th birthday. “2032 is the first year I can run,” he said, "but it’s probably going to be when I’m a grown-ass man with lots of intelligence and wisdom. Around 2050-ish, let’s call it.”

Frankly, if we make it to 2050 with the way things are going these days, I’d probably be fine with President Logan Paul. Hell, he might even be as good as he says.