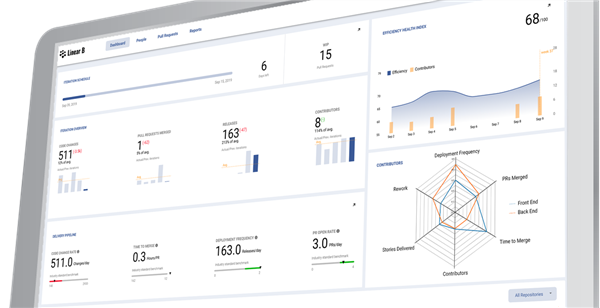 LinearB, the company behind a “software delivery intelligence” platform for developers, has raised $16 million in a series A round of funding. The raise comes after “six months of hyper-growth” that has seen its customer base soar to more than 1,500 developer operations (DevOps) teams, including unicorns such as BigID and Hippo Insurance.

Founded in 2018, Los Angeles-based LinearB promises a fresh approach to software development project management and metrics, for example helping developer teams correlate data from their code, Git, projects, and more with project issues. LinearB promises to bring context to the metrics, helping engineering leaders understand what is happening across a team and how they can improve things.

A key selling point is that LinearB is designed to work out of the box, with minimal manual configuration. Users initially sign up with their GitHub, GitLab, or Bitbucket accounts, after which they can connect their Jira or Clubhouse project management tools, and Slack to receive automated alerts. Then LinearB highlights all the important things in a single unified view, showing developer dependencies; work that is completed, pending, or in progress; and even work at risk of being delayed. 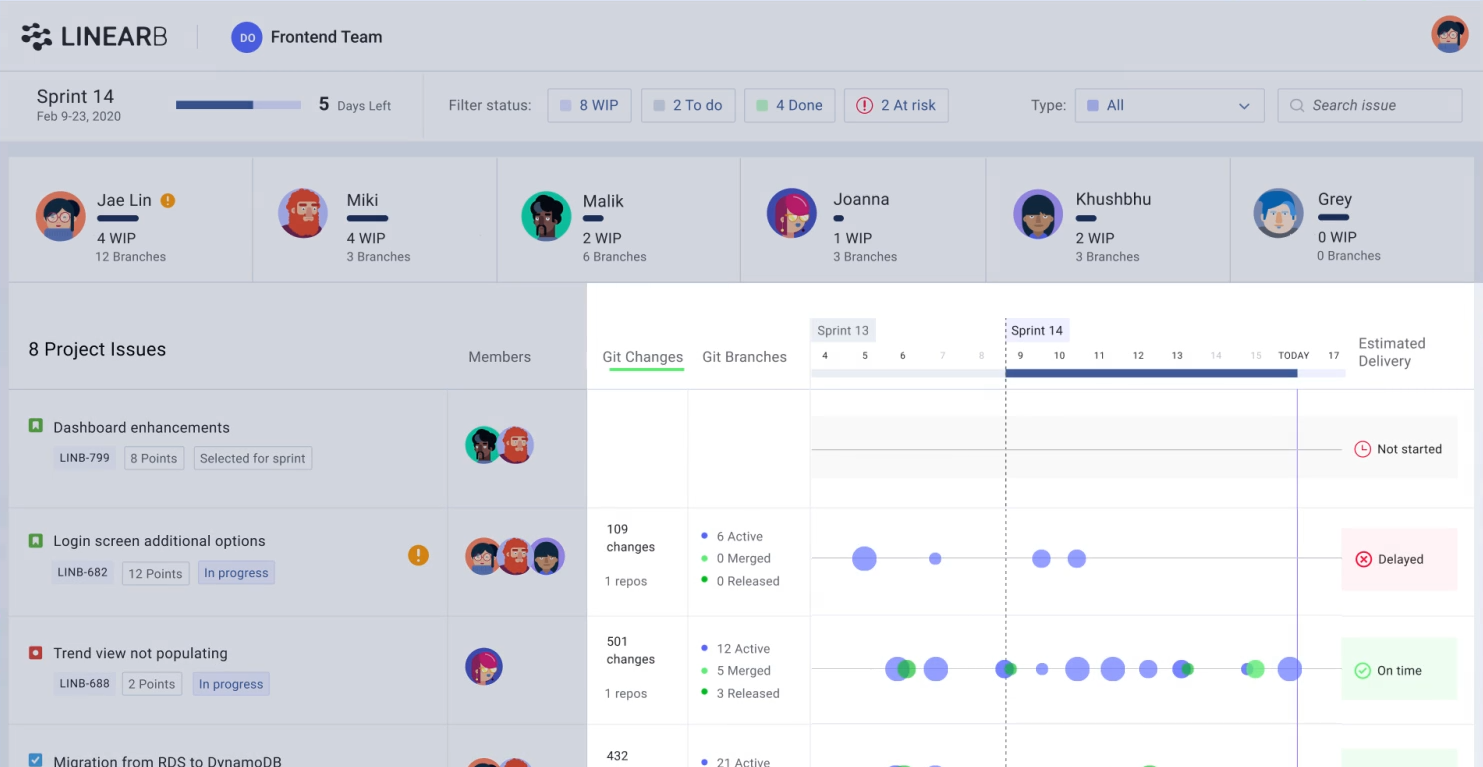 Users can also dig down into the details within particular branches and pull requests, and LinearB automatically detects if an issue status is out of date and updates the user’s project management tool for them.

For CTOs or engineering leads, LinearB provides a window into a team’s overall efficiency and “health,” ensuring there is alignment between the work they’re doing and the company’s business objectives.

LinearB said a major factor in its recent growth has been its focus on asynchronous development and collaboration tools, which is particularly important as the world has transitioned to remote working over the past year.

The company has now raised $20.6 million in total since its inception, with Battery Ventures leading its latest series A round. LinearB plans to continue offering a free version of its product to smaller developer teams. But a large tranche of its fresh cash injection will go toward “putting LinearB in the hands of the global enterprise community,” according to company cofounder and CEO Ori Keren. This builds on its enterprise plan, which costs $45 per developer per month. The expansion will involve adding more developer tool integrations to the mix, as well as pushing out additional workflow automation features.

Other players in the space include Boston-based Jellyfish, which is a similar proposition, although it doesn’t advertise its pricing and doesn’t appear to ship with a free tier. However, Jellyfish did recently raise a $31.5 million investment. That, alongside other sizable VC investments in the developer tool space — spanning universal code search, project management and issue tracking, and more — it’s clear that tools to help developers operate more efficiently are in big demand. After all, every company is now a software company.