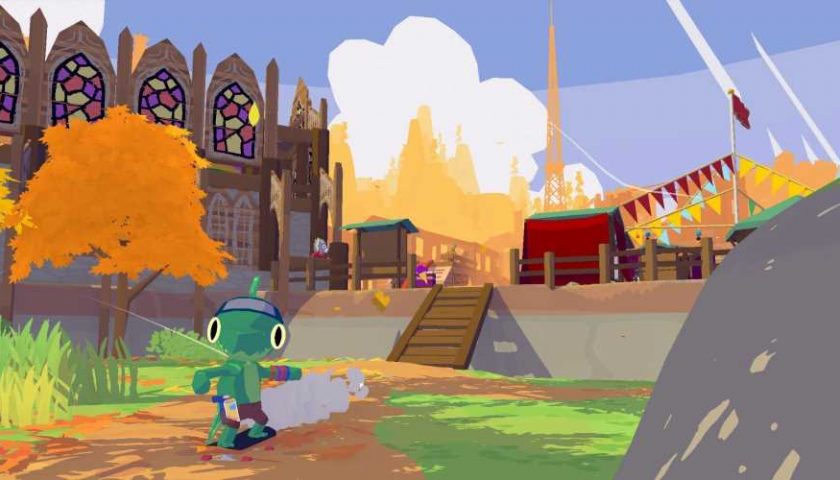 One of gaming’s biggest debates over the past few years centres around Breath of the Wild’s weapon durability. Items breaking down the more you use them isn’t a problem specific to the last Zelda game, but its massive popularity and the fact it’s the only one in the series to have it has made it the poster child for the debate.

A vocal majority say it’s the biggest problem with the game and makes combat a pain, slowing down progression as you farm for the best weapons and backtrack to find them, or else are caught short in a key moment. Others posit that it makes sense for Breath of the Wild’s focus on adventure and the push to always trying new things.

Up until recently, I’ve never had much of an opinion on the whole debate. Sure, there were times in Breath of the Wild where a cool sword or shield I’d unlocked would have been nice to keep for longer than two combat encounters, but I also think it encourages creativity and gives even the most useless weapons a chance to shine when you need them. 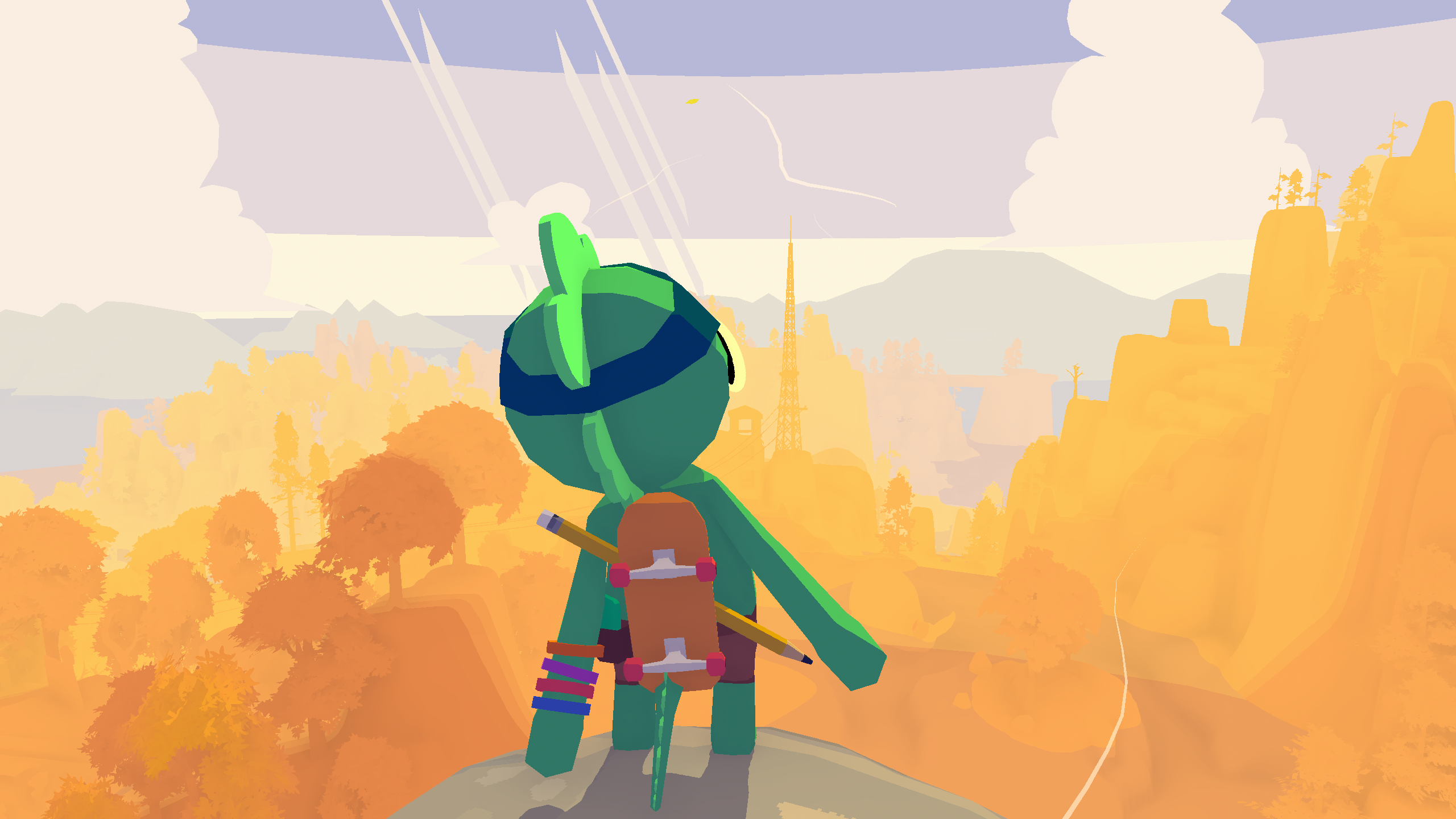 Thanks to Lil Gator Game, the fence I was sitting on has now come crashing down like a pot lid under Link’s shield surfing feet. I’m on the right side now – durability systems suck, and they need to get out of games yesterday.

At the beginning of Lil Gator Game, you’re quickly given a range of items fit for a hero, including a sword, a glider, a pointy hat, and a shield. The Legend of Zelda reference was pretty clear from the get-go, but I was surprised to be given a sword and shield considering there’s no combat in the game. The sword makes sense for cutting grass, I guess, but a shield seems redundant with nothing to block.

Then, I pressed Y and watched Lil Gator flip in the air and sit on the shield just like Link does in Breath of the Wild. As Lil Gator started racing down the hill with reckless abandon, a mixture of serotonin and dread flooded my system. A little alligator surfing on a shield is one of the best things I've ever seen in my 23 years on this Earth, but what about when the shield inevitably breaks? Will my Lil Gator friend’s heart break with it? 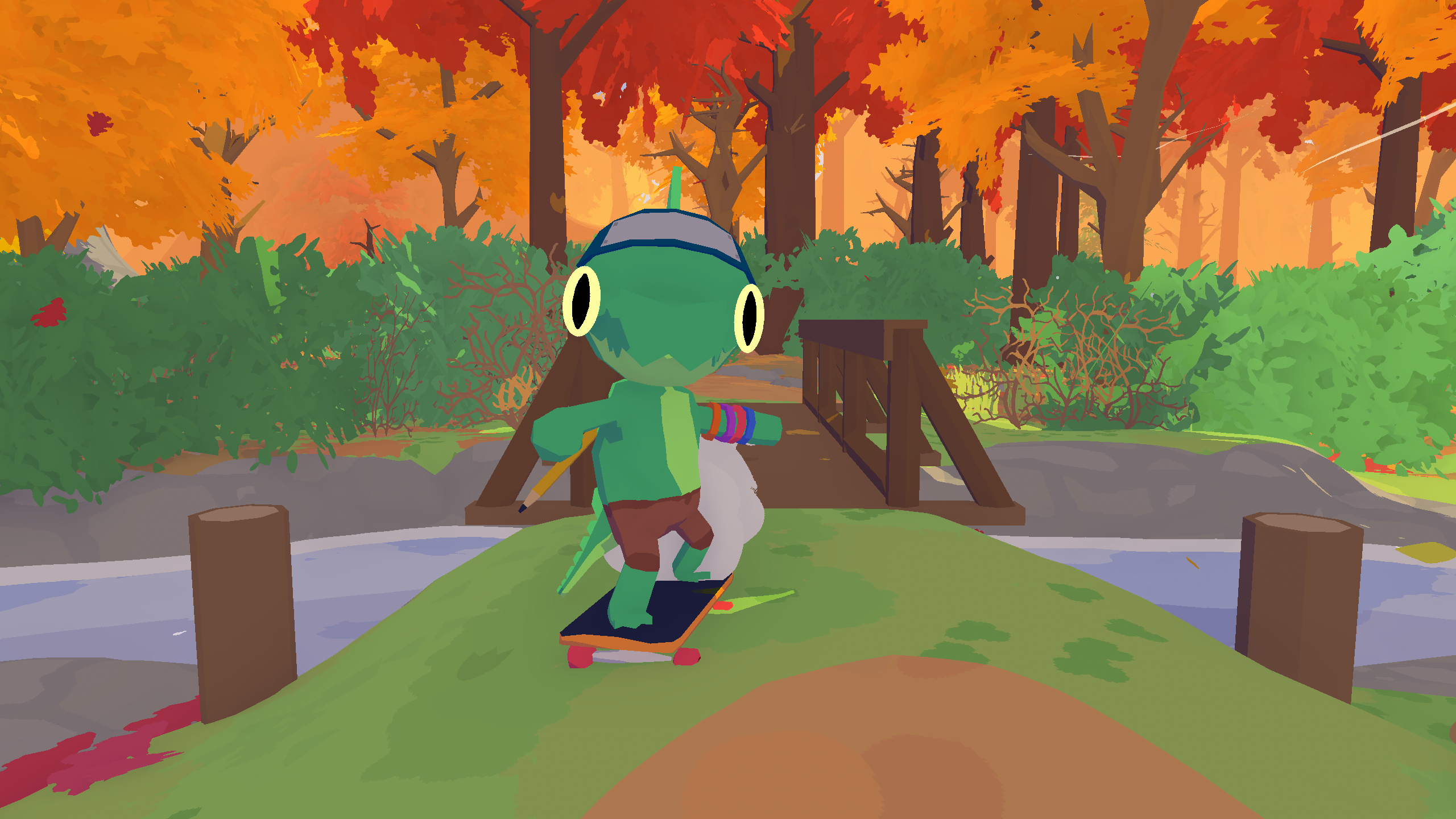 Thankfully, that never happened. As I pointed out in my review, Lil Gator Game hands you the keys to a clown car’s worth of platforming fun and tells you to go nuts, with no weapon degradation system to slap you on the wrist if you smile too much.

That’s exactly what I did throughout my whole playthrough. If there was a hill to bomb down, my Lil Gator was there, shield at the ready. In fact, Lil Gator Game goes one step further by letting you surf across the water like a skipping stone, gravity and logic be damned.

During my first run of Breath of the Wild, one of my favourite things to do was climb up to the snowy mountains, jump on my shield, and race down the hills without worrying about the durability of the weapon. Snow is the only place in that game where surfing on your shield doesn’t do damage to it, so if I wanted to do my favourite thing, that’s where I had to go. 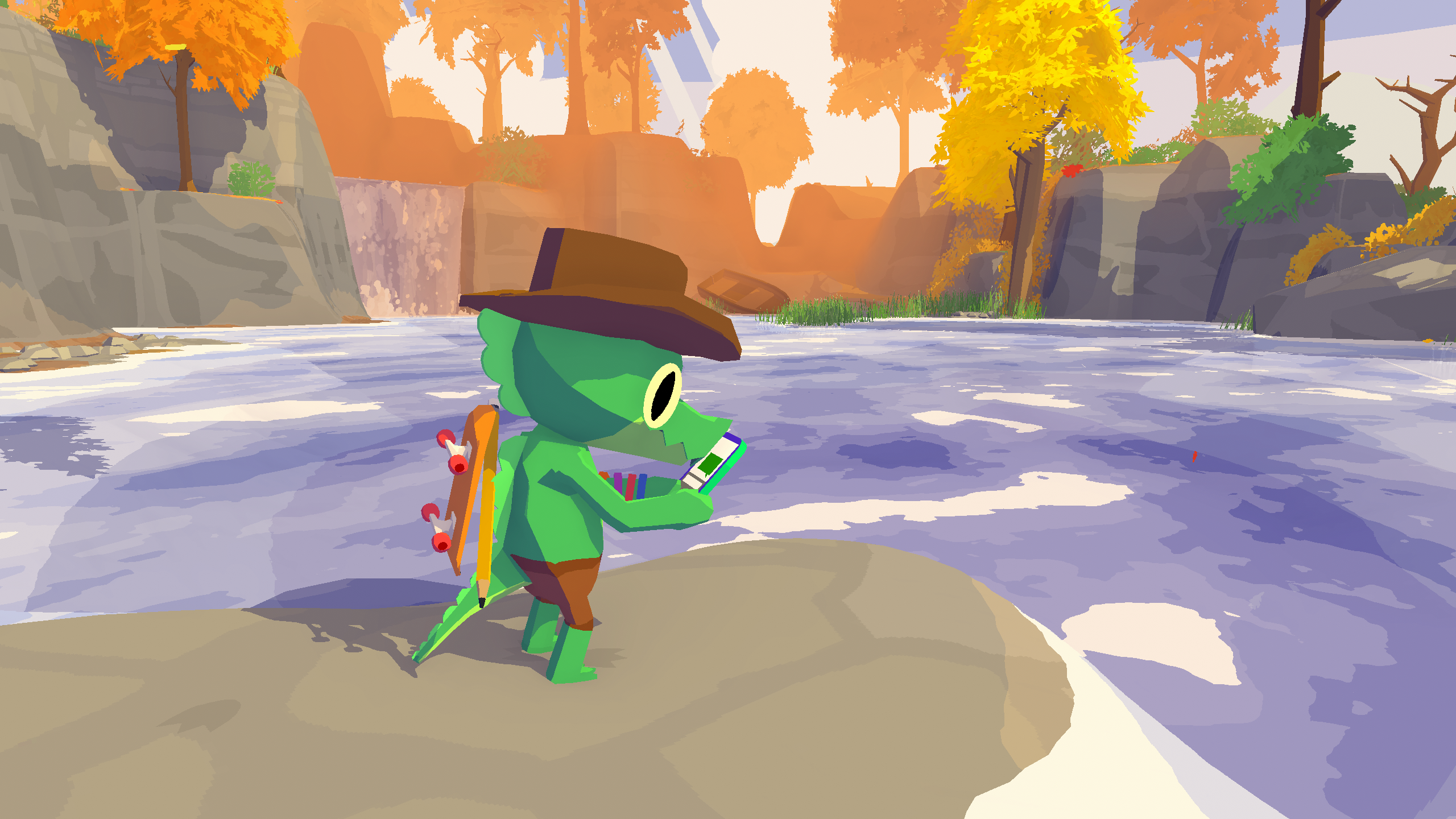 While playing Lil Gator Game, I couldn’t help but think back to that first playthrough and picture myself trudging up and down a snowy hill to do the thing I wanted to do, just to keep my weapons from breaking and to keep the fun going. Remembering that while I raced across the water without a care in the world made me resent the time I wasted in Breath of the Wild.

Even if I understand why Nintendo included the degradation system in Breath of the Wild, Lil Gator Game has opened my third eye. If your game is all about creativity and combining systems in surprising ways, then putting in a system that contradicts that and limits what players can do is dumb. I mean come on, at least make the Hyrulian Shield invincible.