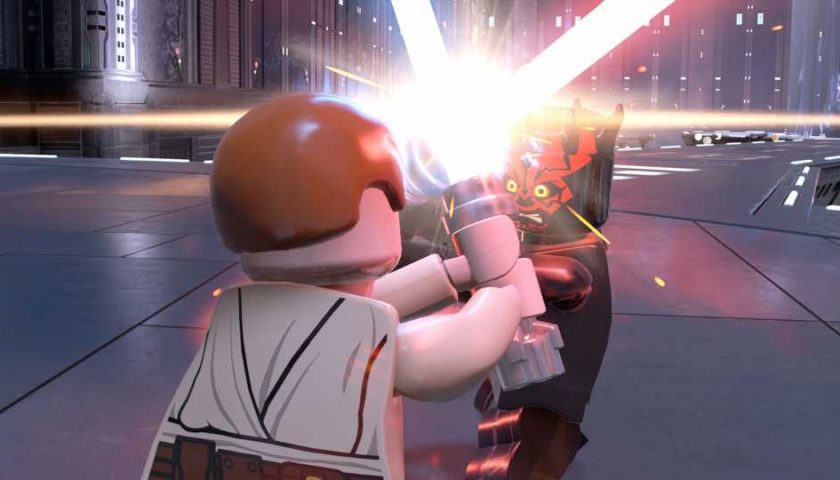 If you think the Star Wars prequels are good, you're probably just gonna find this article annoying. I'm writing it on the understanding that they suck—which they do, big time—and you might get so mad you angrily swipe all the Jar Jar Binks action figures off your desk. I don't want to be responsible for anything like that. However, if we're on the same page: welcome, friend.

Recently I've seen attempts to reassess and rehabilitate these movies as misunderstood, unfairly maligned, or unfortunate victims of hype. But nah. They're bad. There are some great moments, but as a whole the prequel trilogy is a mess of bland characters, lifeless performances, dreadful dialogue, clumsy retconning, uneven effects, and baffling storytelling.

This week Warner Bros. Games launched Lego Star Wars: The Skywalker Saga, a wonderful, charming, and ridiculously content-stuffed tribute to George Lucas's galaxy far, far away. It's the best Lego game yet, and a thoroughly entertaining way to relive these six movies. A joyous Star Wars sandbox that lets you freely explore the galaxy as hundreds of characters, old and new. 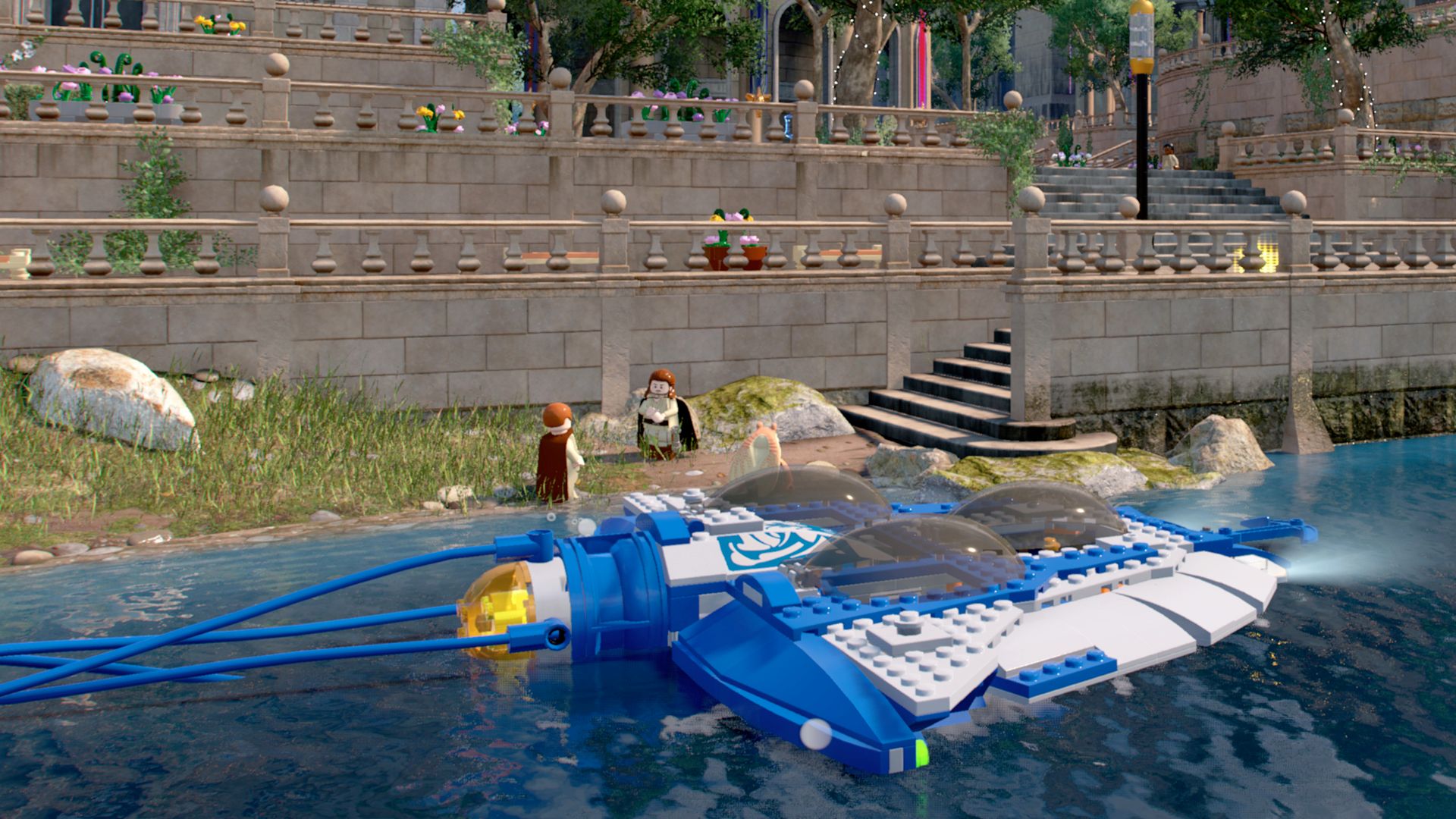 You can tell the developers at TT Games are Star Wars fans. Their passion for the source material is present in every moment of play, every slapstick, self-aware cutscene, and the countless tiny details, sight gags, and easter eggs squeezed into every environment. But it's not just a homage to Star Wars; it captures its essence too. That spirit of warmth, heart, adventure, and humour.

The Skywalker Saga is particularly good at condensing the movies, picking out the most important, evocative, or exciting moments and stringing them together at a lightning quick pace. This makes for a joyously breezy, fun game that is perfect for playing in short bursts. But an interesting, and welcome, side effect of this is that it makes the dreaded prequels bearable.

Despite being, essentially, popcorn movies for children, the thrilling parts of The Phantom Menace, Attack of the Clones, and Revenge of the Sith are frequently interrupted by flatly-directed scenes in which bored actors walk along unconvincing blue-screen corridors having snooze-inducingly dull conversations about trade disputes, Jedi lore, and galactic space politics. 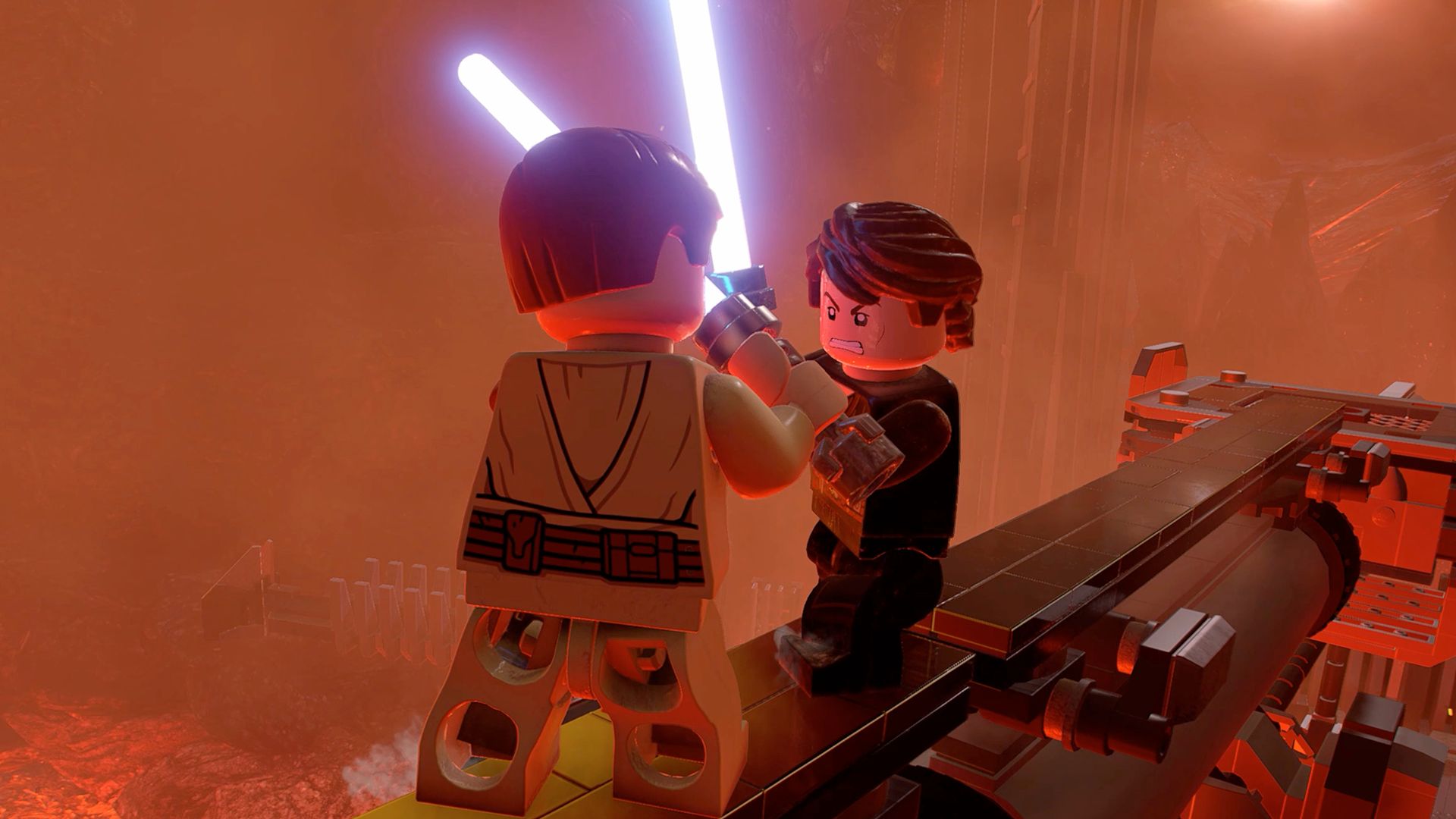 But playing through these chapters in The Skywalker Saga, you can imagine what the films would have been like if George Lucas had people around him in the editing room brave enough to question his choices. The drawn out stretches of boring exposition, dreary two-camera conversations, and meandering filler are stripped out, leaving only the very best of the prequels.

Suddenly, The Phantom Menace is one of the best chapters in the entire saga. From Anakin's pod race on Tatooine to Qui-Gon and Obi-Wan's battle with Darth Maul, these scenes are a joy to relive in plastic brick form. The fast pace, focus on the broad strokes of important scenes, and tongue-in-cheek caricatures of the heroes and villains make for a superior retelling.

The Skywalker Saga's spirited take on these movies is a reminder that they were always full of good ideas. There are traces of genius in all three, but the execution was poor—from the weak casting and groan-worthy script, to the uninspired direction and fake-looking virtual sets. Lego Star Wars has none of this, and it's the best way to experience the prequel trilogy as a result.