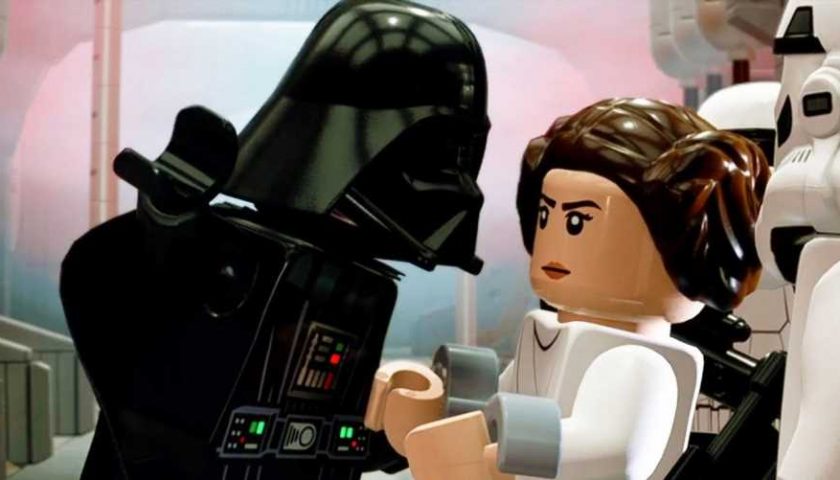 Lego is back with an all-new Star Wars game, and it might well be the best game the toy company has ever offered up, Star Wars or otherwise. The Skywalker Saga allows you to play through all nine of the core movies, complete with every character and even DLC related to spinoffs like The Mandalorian and Rogue One. It isn't a game designed to be rushed either, as its first players are already discovering some of its finer details.

One of those finer details includes Princess Leia dropping her accent shortly after you first meet her. As first highlighted by Fanbyte's Imran Khan, Lego Leia has a British accent when you first hear her voice. However, by the time she leaves the Death Star, Leia has an American accent.

No, this isn't something that was overlooked by the good people at Traveller's Tales. Although in fairness to the development team, it would be forgivable as voice acting is a relatively new addition to Lego games. You can even turn it off in The Skywalker Saga if you prefer your characters to mumble. As for the mysterious disappearance of Leia's British accent, the reference in the new Lego game is a hat tip to the very first Star Wars movie.

Carrie Fisher speaks with a British accent in the movie. However, that accent disappears, and just like in the game, by the time she leaves the Death Star, Fisher is speaking in her regular American accent. Apparently, Fisher was so nervous filming her first scenes that she accidentally spoke with a British accent, reverting to her American accent once she became more comfortable. Some have even claimed the British accent was intentional, attributing it to Leia attempting to mock Grand Moff Tarkin's voice.

With nine movies to play through and elements from spinoffs making appearances too, odds are there will be a boatload of Easter eggs for Star Wars fans to discover throughout The Skywalker Saga. The game only launched this week, so it stands to reason its players haven't discovered absolutely everything yet. It also seems likely Lego's new offering will be what knocks Kirby off the top of the UK boxed chart after an impressive two-week reign on top for the pink puffball.