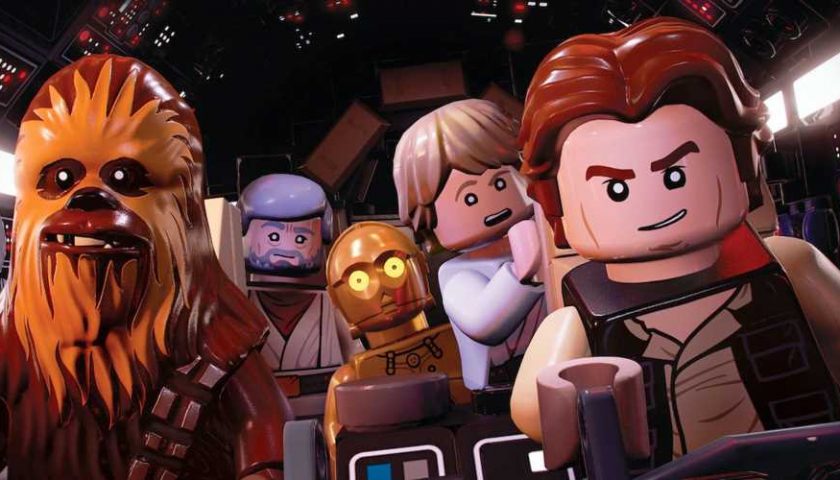 Lego's latest, and perhaps biggest, video game yet launched last week. Star Wars: The Skywalker Saga arrived on all major platforms and appears to have been a hit off the mark. Allowing its players to journey through all nine of the core Star Wars films as a cast of characters in the hundreds, the reviews for The Skywalker Saga were glowing and it smashed previous records set by Lego games on PC.

Turns out PC owners aren't the only people who have been playing The Skywalker Saga in droves during its launch week. While it hasn't been confirmed if the new Lego offering is at the top of the UK boxed chart this week, though it seems almost certain that it is, it has been confirmed that the game has enjoyed a massive physical launch across the pond.

As clarified by Eurogamer's Tom Phillips in the tweet below, The Skywalker Saga's launch was the second-biggest in the UK so far in 2022. Pokemon Legends: Arceus is the only game to better it thus far which sold 6.5 million copies worldwide in its first week. That also means The Skywalker Saga has sold more copies in the UK during its first few days than Elden Ring. A promising sign since FromSoftware's latest Souls game shifted 12 million copies in three weeks.

There are a fair few caveats here, of course. As touched upon multiple times, the chart in question only takes physical sales into account. Digital numbers are released later in the week, but if anything that will only bring The Skywalker Saga closer to Legends: Arceus's massive numbers. Nintendo doesn't reveal digital sales numbers, so The Skywalker Saga's physical and digital numbers combined could mean it becomes 2022's biggest launch before the end of the week.

Less than a week on from its launch, people have already been having a lot of fun with The Skywalker Saga. Players quickly discovered the game's children cannot be reduced to a pile of bricks, which means you can combo them with your lightsabre to make yourself float over gaps and up to hard-to-reach places. A fair few Easter eggs have also been discovered pretty quickly, including a hat tip to Xenoblade Chronicles and the dropping of Leia's accent in A New Hope.