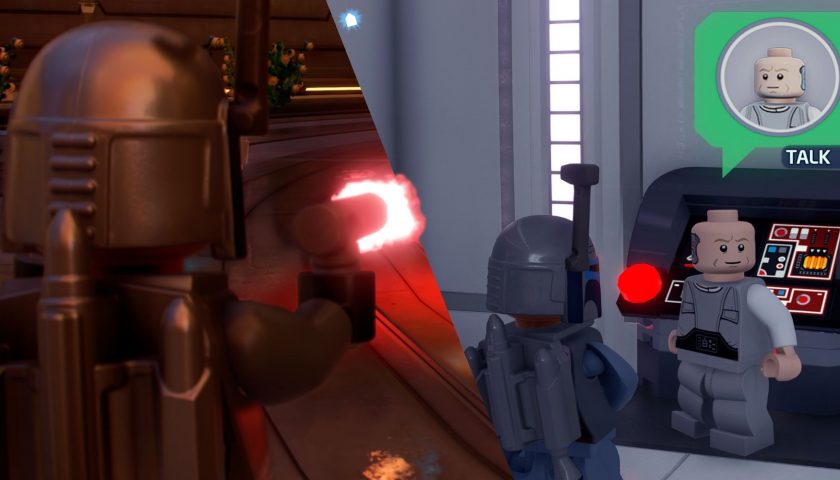 Empire Strikes back is one of the most notable of all the episodes in the Star Wars film franchise. One of the unsung heroes of this film is the tantalizing variety of locales. Among the most memorable is Bepin's Cloud City. In Lego Star Wars: The Skywalker Saga, Cloud city is home to a number of unique side missions.

Hunt down the beldons that have escaped from the sewer, satisfy a droid's intense need to solve technologically-based puzzles, and deliver some womp rats in order to make a delicious womp ratatouille. Cloud city needs your help; and if you need help, this guide has your back.

Cloud City notably has five levels. So, there is a quest giver on every level except for the fourth. The maps for each of these levels have been provided above with some of the more notable points of interest labeled on them. We have also provided a map of Mos Eisley, as there is a puzzle there that needs to be solved before you can begin the Womp Ratatouille side mission (and it is a somewhat hard-to-find location, unlike the quest located in the Jundland Wastes).

The Beldons are giant, horrifying creatures. Once you begin this quest, they will start popping up all over Cloud City. Your quest markers will lead you directly to them, but you probably won't need them, as, once again, these things are huge. Shoot all five of them down and then talk to the Ugnaught Foreman again. This will complete the quest and you will acquire the Ugnaught Foreman as a playable character.

Zuckuss is on the second level of Cloud City. He is standing among the trees that circle the rounded wall on that level. Talk to him. He wants you to help gather information in the Arkanis Sector.

You will have to figure out where the ship crashed. You will be given quest markers in both Geonosis and Tatooine. However, Geonosis is a wild goose chase; go straight to Tatooine space. Talk to people who have the quest marker above their ship (there aren't many). One of them will have the information you need. Now you are off to the Jundland Wasteland in Tatooine.

Talk to Zuckuss when you arrive. He will run off; follow him. Zuckuss is going to take you in a big loop, during which you will have to defend him from some Tusken Raiders. Eventually, you will arrive at his ship. His partner refuses to give it to him unless you cough up some studs for it. He is only asking a measly 35,000. Pay the man and the mission will be complete. As a reward, you will obtain both Zuckuss AND the Myst Hunter ship.

E-3PO is looking for a challenge. He wants you to go and ask around about any advanced technology that people may be aware of. Your first step is to go to the courtyard on the fourth level and talk to people. If they have a quest marker hovering over their heads, chat them up. One of the individuals will say that he has an interesting piece of technology to look at.

Now, trek back to E-3PO. He will excitedly start running to where the man was; follow him. When you get there, a couple of Stormtroopers will arrive. E-3PO tells you to avoid them. Or, if you so choose, you can just take 'em all out.

Now, follow E-3PO until he runs into the citizen from earlier. He will fix the machine and you will be able to complete the mission. As a reward, you will gain access to E-3PO himself.

Locate Willrow Hood. He is holding an ice cream cone in the Northwest corner of the map. He will ask you to help him deliver some top-secret contraband to help the rebellion. He will take off; follow him. Along the way, you will be required to fight off a squadron or two of Stormtroopers. He will lead you straight to an ice cream stand. And, with that, the mission is over. You will obtain Willrow Hood for your heroic (?) deeds.

While the Womp Ratatouille side mission is relatively simple, there are two puzzles that you need to complete before it becomes available. Here is a quick guide on how to complete both puzzles.

This puzzle requires that you head over to Jundland Wastes in Tatooine. Not far from where you land, there is a womp rat with a Kyber Brick in its mouth. You need to chase it down. It will burrow under the ground. Just follow it, whack the lump of soil every time it stops, and take care of its womp rat friends along the way. Eventually, it will pop up and spit out the Kyber Brick. This will complete the puzzle.

If you are struggling to find the womp rat, you can pay 30,000 studs to buy the rumor. It is the third option listed in the puzzles section for Tatooine's Jundland Wastes. Once you pay for the rumor, you will be able to track the quest.

Head to Tatooine's Mos Eisley. Here, you need to head south of where you start the level. There is a shop that you can enter into on the western end of the town. Womp rats are coming up from the three holes in the ground positioned around the shop. Use a character with a grappling hook to yank debris down onto the one in the northwest corner, and use a Force using character to block the other two with one of the nearby blocks. Take care of any remaining womp rats and you will complete this mission.

Go to the lowest section of Cloud City. Talk to Lobot as a bounty hunter. He wants you to go find him five womp rats. Now, fly to the Jundland Wastes on Tatooine. You will be able to locate two of the womp rats in the general area where you land. Once you have dealt with them, move to the northern section of the map. This is where you will locate the final three womp rats.

One thing worth noting is that the womp rats seem to shrug off blaster shots. A lightsaber user, on the other hand, will make short work of them.

You can now return to Cloud City, talk to Lobot, and you will complete this side mission. As a reward, you will get access to Lobot himself.