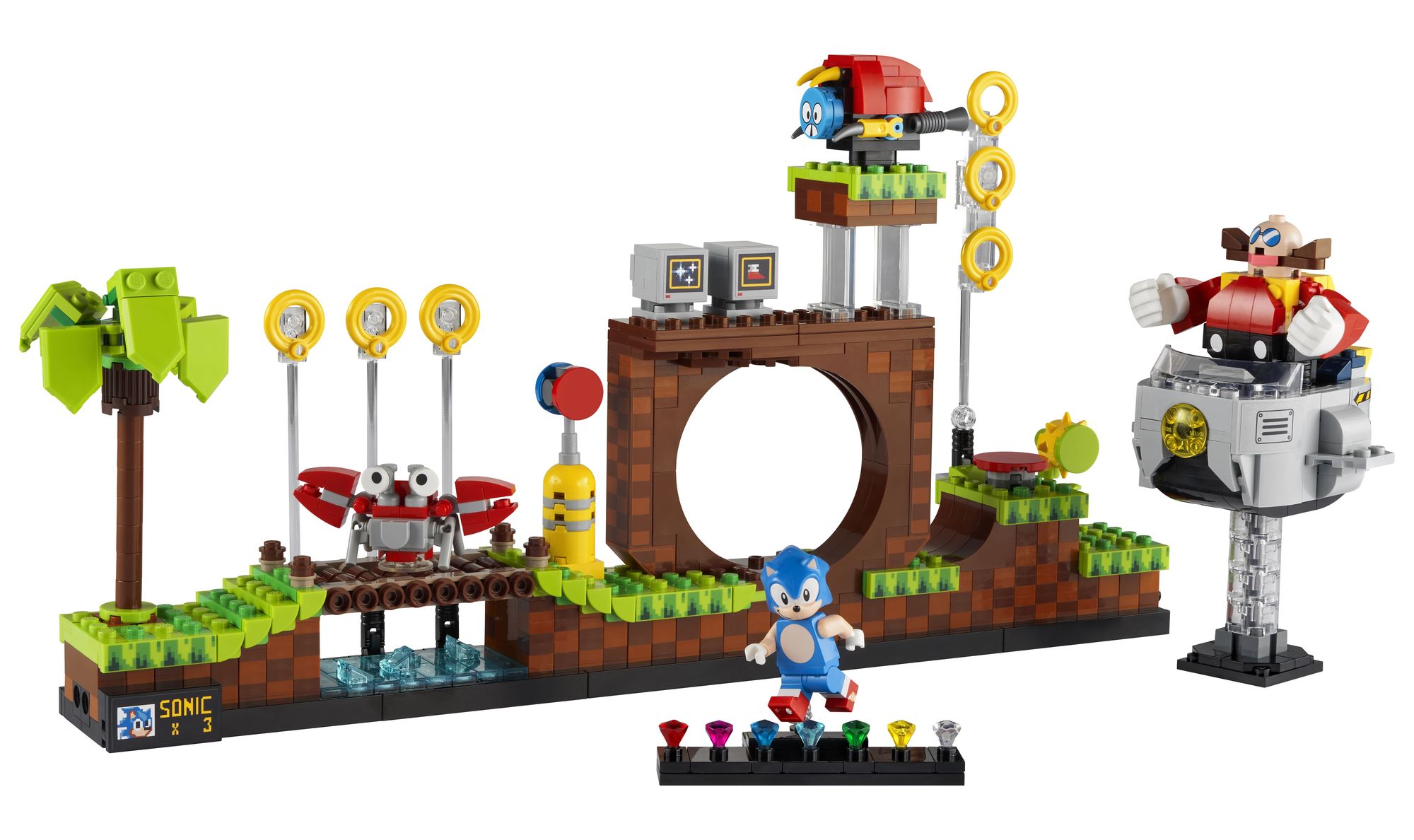 The long-promised Lego Sonic the Hedgehog set has turned out even better than expected and it’s out in just a couple of days.

Although there’s been Super Mario themed Lego around for a while now, back in February Lego announced plans to release a Sonic the Hedgehog set. Not only that but it was one that had been designed by and voted on by fans.

The Lego Ideas sets are all like that, with fans creating designs that anyone can vote on and if they get enough attention Lego will turn it into a real product, that the designer gets a small percentage of the profits from.

Lego often redesign the set first though, to make sure it’s easy to build and properly robust, and in the process they’ve managed to make the Sonic one look even better.

The original design was inspired by Sonic Mania and featured relatively obscure characters like the Heavy Magician and Heavy Gunner from the Hard Boiled Heavies.

What Lego has done is take the basic design of the course and changed it so that it’s the much more recognisable Green Hill Zone from the original Mega Drive Sonic The Hedgehog.

That’s also meant adding in Dr Robotnik in one of his boss battle vehicles and the crab and beetle Bandiks (aka Crabmeat and Moto Bug) and they look… perfect.

Green Hill Zone always did have quite a blocky aesthetic and that works perfectly with Lego bricks. Especially as you can buy two of the sets and make an even larger course.

Sonic himself looks to be similar to the minifigure from the Lego Dimensions set but everything else is brick-built, which is an impressive bit of Lego-ing.

The Sonic the Hedgehog Green Hill Zone set (number 21331) is made up of 1,125 pieces and will go on sale from January via Lego stores and the Lego website for a surprisingly reasonable £59.99.