Independent video game developer SomaSim and publisher Kasedo Games recently posted the next video in its City of Gangsters Mafia Management series. Episode Two: Connections and Trust gives a brief guide on how to find and exploit those two important factors in-game to help you become the primary bootlegger on Chicago’s west side.

Once again, Jean Wilson is back to narrate the tale of his fledgling bootlegging enterprise in City of Gangsters, this time with a focus on his version of how to win friends and influence people. Building connections and trust with people in the community is crucial if you want to take your business from the trunk of your car to a city-wide organization. As Wilson explains, reaching out to friends and relatives at the start may lead to being introduced to their friends and relatives later on. Just remember, it’s up to you to make the call on who seems as if they can be trusted, and who not to.

The video shows off more of the game’s features, particularly how the game’s story gets told through interacting with NPCs, and the RPG-style conversation choices you can make while doing so. This is an excellent game mechanic choice to put into a simulation game, as it helps to deepen the immersion level of gameplay, making it more than just simply managing inventory, supply routes, and profit numbers.

The video also shows that NPCs have an opinion gauge that shows the level of their opinion of you. Naturally, their opinion of you will be affected by your conversation choices, but it’s also affected by such factors as having a trusted connection introduce you to them, and by the length of time you’ve known and done business with them. Of course, the higher the opinion and trust a connection has of you, the more likely they are to introduce you to one of their trusted connections, which is exactly what you’ll need to happen to grow your business. 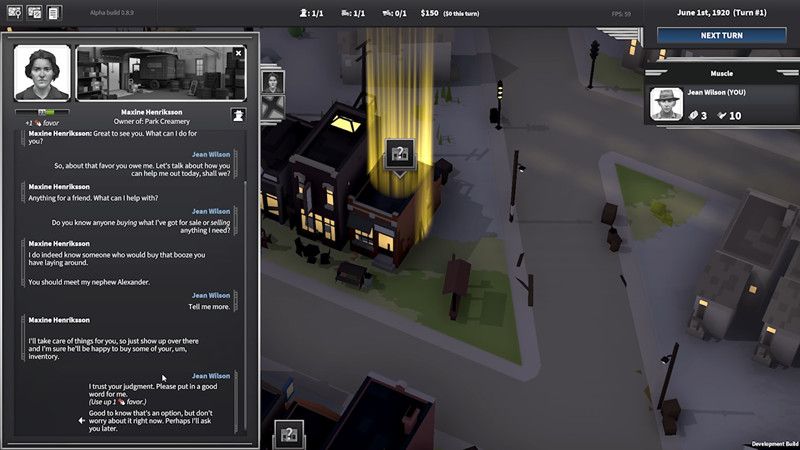 The video shows another handy tool you’ll be making use of often, the Respect overlay. No, it doesn’t immediately play the great Aretha Franklin’s greatest hits, but it does show you the collective respect level the businesses and connections within your territory have of you. Once you see how well known and respected you are at the neighborhood level, you can then move to make your claim over it official. 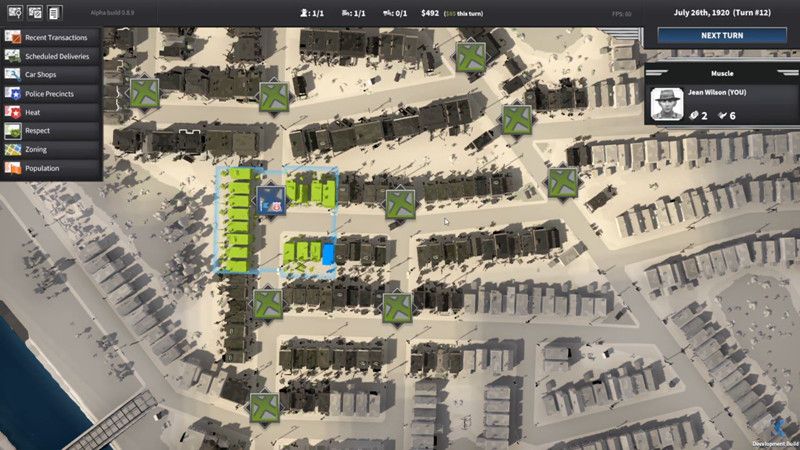 Wilson closes out the video on a positive note, leaving the door open for the next Mafia Management video. To catch it as soon as it gets published, keep your peepers on the City of Gangsters Twitter channel.