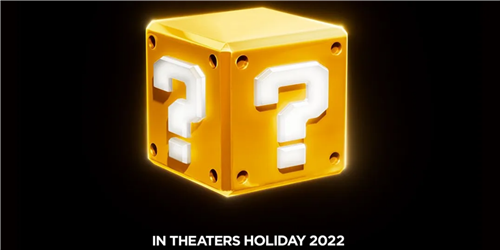 A new leak doing the rounds claims that Illumination's upcoming Super Mario Bros. movie is a musical and that Mario and Luigi will have Brooklyn accents.

Beyond its recently-changed release date and a star-studded cast, there's not a whole lot that we know about the Super Mario Bros. movie. It's not just us that's being kept in the dark too, as even Luigi's voice actor, Charlie Day, has previously claimed that there's a lot of secrecy surrounding the movie.

As reported by GamesBeat insider Jeff Grubb, a recent leak has revealed the entire plot of the Super Mario Bros. movie (which we won't fully detail here for fear of spoilers) and given us some of the first official details on some of its characters and what we can expect to see from them. Although there's no telling if the leak is real, Grubb says that it seems believable and that it might have come from test audiences, which might have caused the recent delay.

Some of the non-spoiler details to come from the plot reveal include the fact that Mario and Luigi will have Brooklyn accents, despite the fact that Chris Pratt previously joked that they wouldn't, and that the film will have several musical sequences, including some sung by Mario, Luigi, Bowser, and Peach.

Early reactions to the film have indicated that it's animated similarly to Hotel Transylvania, but with more colour. According to this leak, the humour is full of puns and is very meta and self-aware, making references to the Mario games throughout. There are also no "dabbing" or "fart jokes" to be found, thankfully. The rest of the details found within the leak basically spoil the whole film, so we won't be detailing them here.

As it turns out, this plot leak has actually been floating around the internet for a while now, but has since become more popular since Grubb read it out on Grubbsnax and confirmed that it was "accurate".