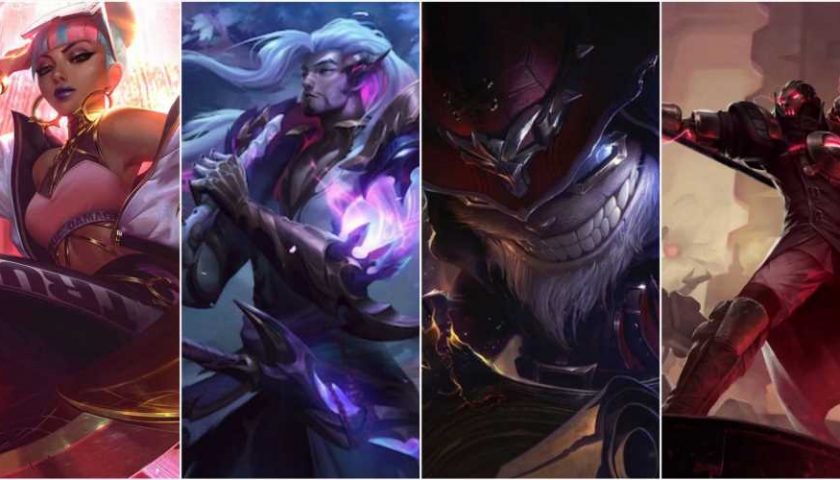 One of the most highly queued for roles in League of Legends is the middle (or just "mid") lane. Being that the mid lane is the shortest, players tend to level up faster and get more gold sooner. Champions designed for this role usually have high burst damage potential and are many times assassin champions or even played bot lane as supports.

There are some mid laners whose power and influence are underrated, but being that there are so many to choose from, the path to victory has many roads. Since the mid lane is in the center of the map, champions who have high mobility are also coveted for the position as they can easily roam to help anywhere on the map. 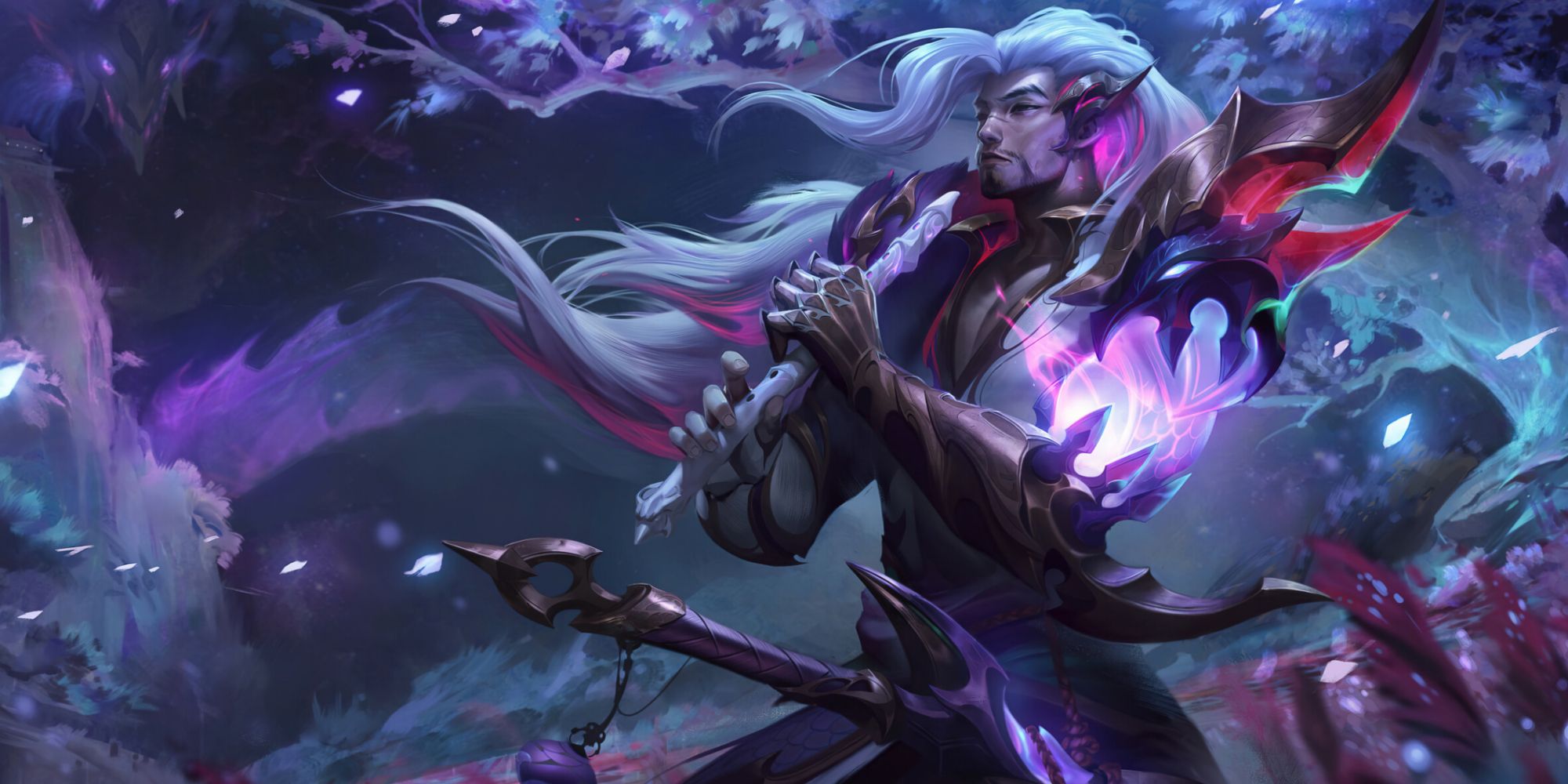 The Unforgiven was accused of killing his master and scorned for a crime he did not commit — killing his brother, Yone, in self-defense. On the run and going wherever the wind takes him, Yasuo has adopted the Way of the Wanderer, granting him increased critical strike chance and generating Flow that shields him when fully stacked. He stabs an enemy with Steel Tempest, and if done twice in short succession, he can launch the whirlwind that forms around him as a mini tornado, knocking up monsters and champions it collides with.

His Wind Wall blocks incoming projectiles while he can slip and slide through minions and champions alike with Sweeping Blade. With any nearby knock-up, Yasuo can cast his ultimate, Last Breath, blinking to the target to slash at them before striking them down. A secret power spike unlocks for Yasuo when he goes 0/10. 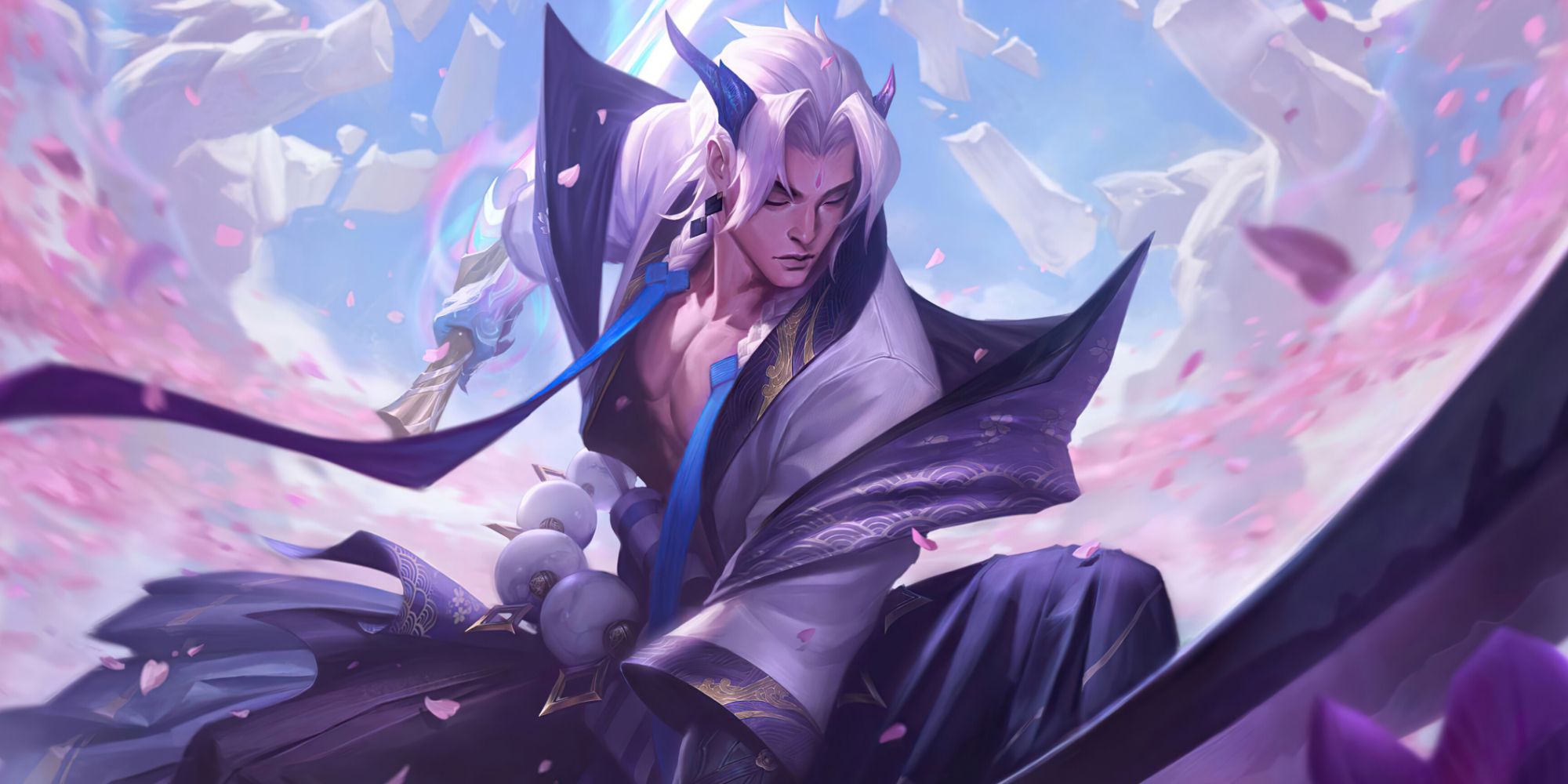 The Unforgotten was resurrected with the powers of an Azakana and wields it to hunt others like it to understand what he has become. With his Way of the Hunter passive, Yone gains increased critical strike chance and utilizes the Azakana Sword and his own steel blade to attack. Yone’s Mortal Steel allows him to dash forward with a whirlwind after he strikes an enemy twice.

His Spirit Cleave simultaneously deals physical and magic damage, giving him a shield. His Soul Unbound spell unleashes his ghosted Spirit Form, cleansing him from Crowd Control (CC) when he recasts it. Yone’s ultimate, Fate Sealed, is something out of a Samurai movie as he blinks in a target direction to slash enemies with his swords to stun them.

8 Veigar – He Will Swallow Your Soul 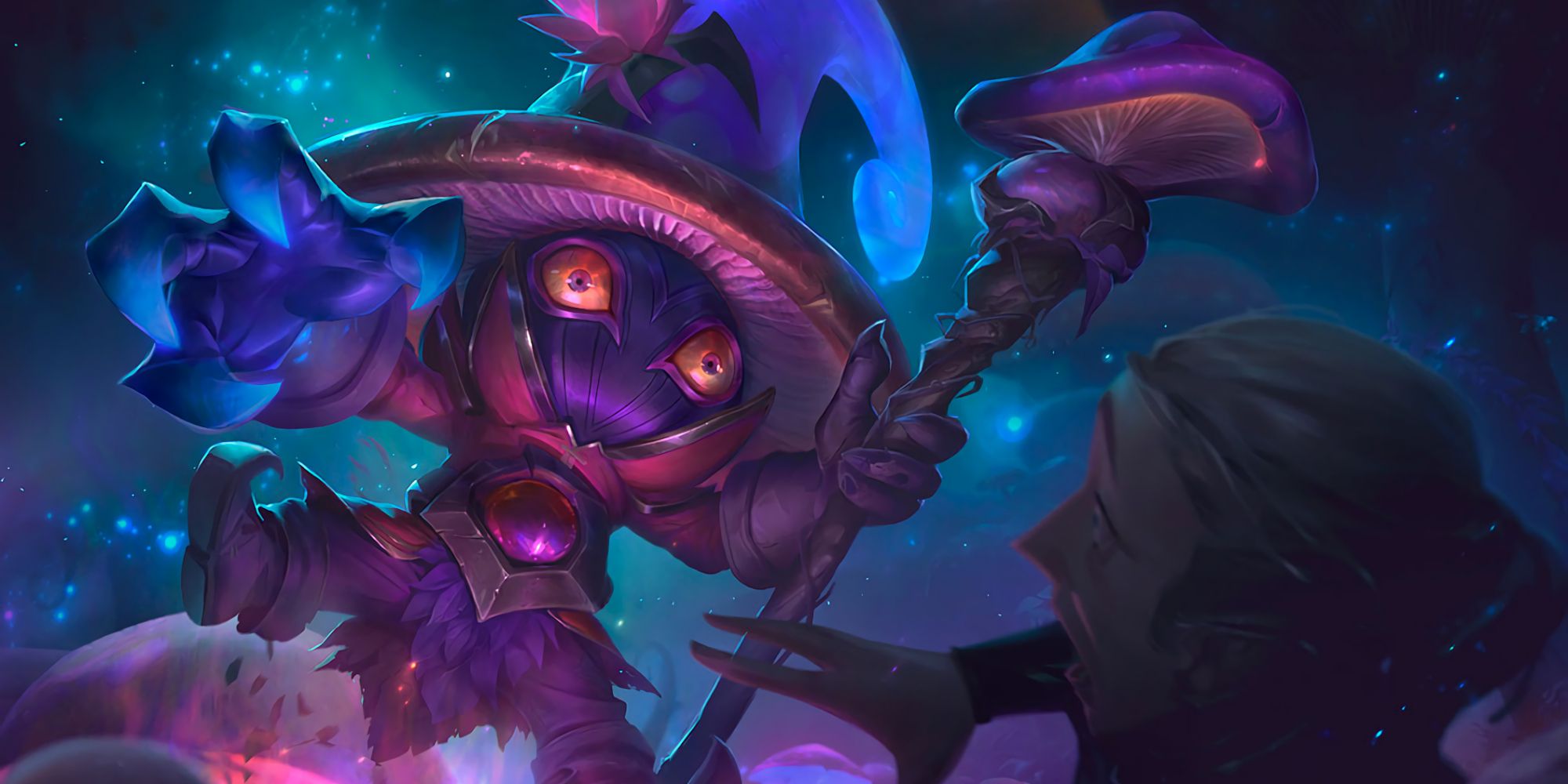 The Tiny Master of Evil is a yordle corrupted by dark magic that is capable of infinitely scaling his ability power due to his Phenomenal Evil Power passive, resulting in truly terrifying damage. Veigar’s Event Horizon spell summons a cage that CCs anyone that touches it, making him a great champion to play during hectic ARAM games. Once enemies are CC’d, he can easily land his Baleful Strike and Dark Matter.

His ultimate, Primordial Burst, deals more damage to low-health enemies, so try not to make any short jokes before you incur his wrath. In an alternate world, he's a menacing final boss. 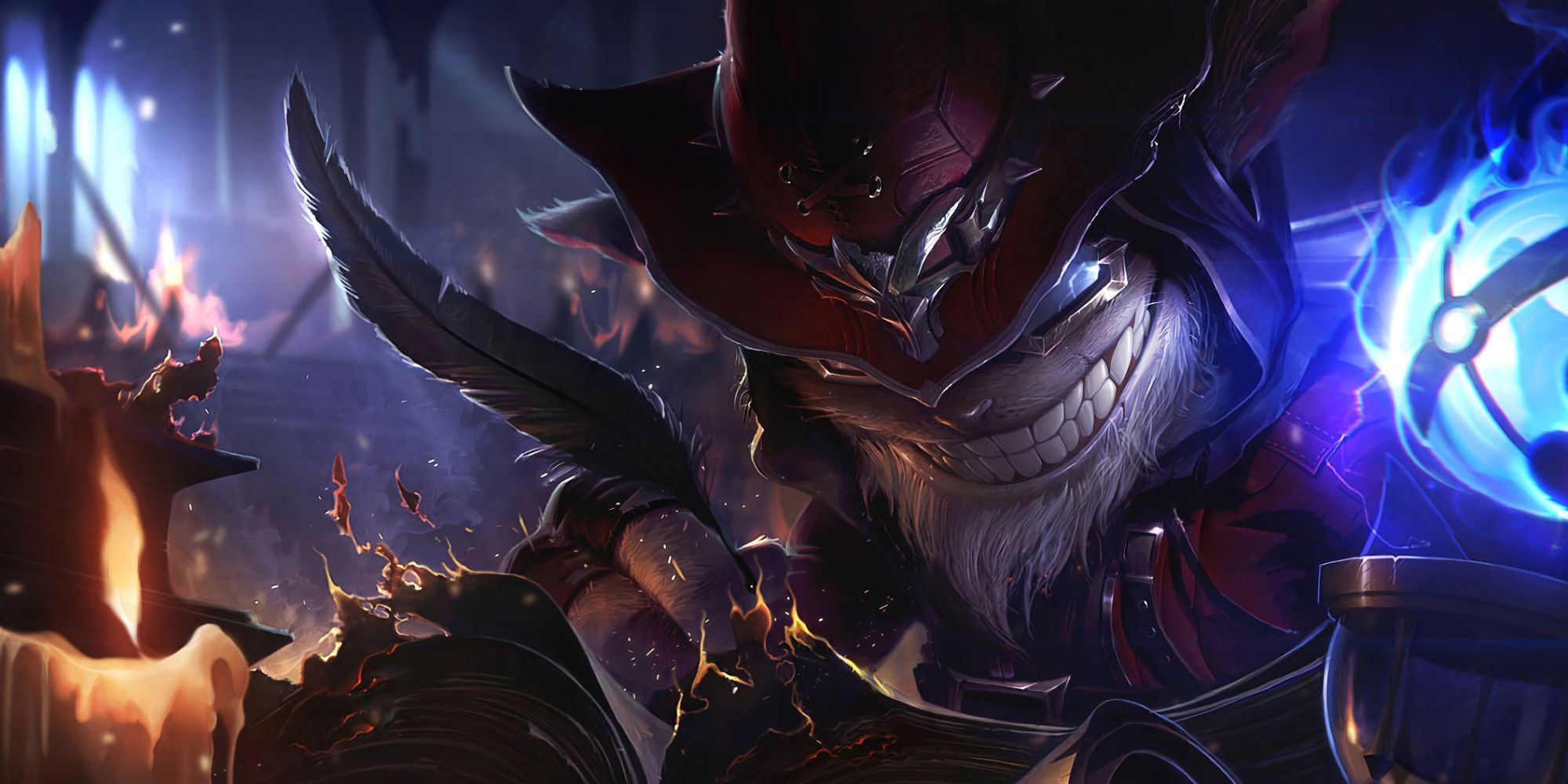 The Hexplosives Expert is a safe pick because he can farm minions from a distance with his Bouncing Bomb and Hexplosive Minefield. He also has a Short Fuse that occasionally empowers his next auto attack. His kit grants him a lot of poking power, causing people to sometimes play him bot lane.

His ultimate, Mega Inferno Bomb, can be thrown quite a distance and results in a massive explosion that affects an area. His Satchel Charge can bounce himself and enemies around like a blast plant, making for some creative escapes. It also allows him to demolish turrets beneath a certain threshold like the demolition demon he is.

6 Kassadin – Balance Above All Else 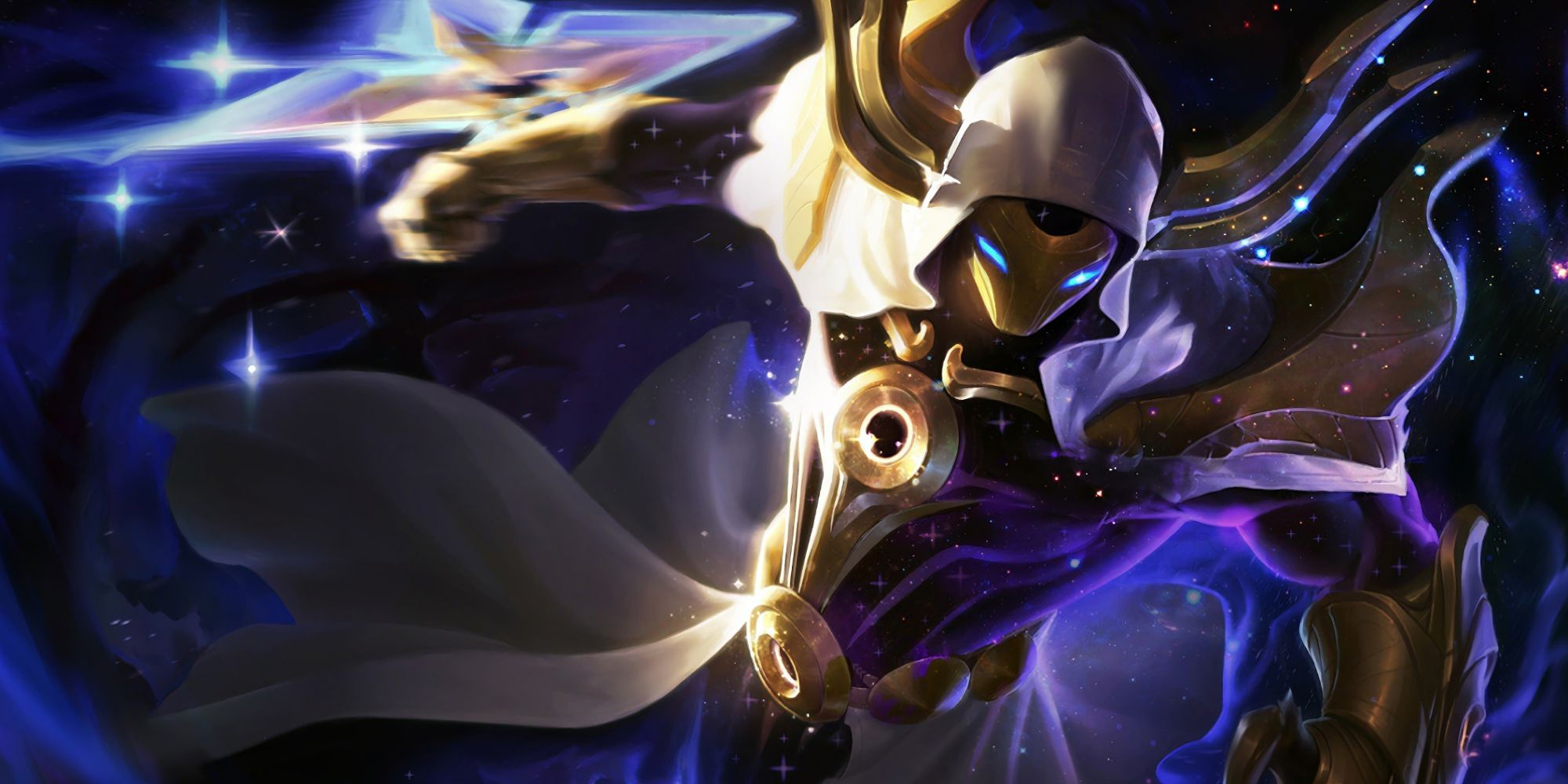 The Void Walker is on a mission to stop the Void and its Voidborn and save his daughter who is presumed to be Kai’Sa. With a motley assortment of ancient relics and forbidden technologies, Kassadin ventures into the Void with his Void Stone, permanently ghosted with innate resistance to magic damage. Kassadin is also a strong assassin pick against mages as his Null Sphere gives him a shield that absorbs magic damage.

Kassadin utilizes his Nether Blade and creates a slowing Force Pulse, giving him the opening to use his ultimate, Riftwalk. With it, he can close the gap between him and his target (or escape and jump over walls, if needed). His ultimate functions as a blink, so Veigar’s Event Horizon is nothing to him.

5 Qiyana – She Will Bend Your Knees 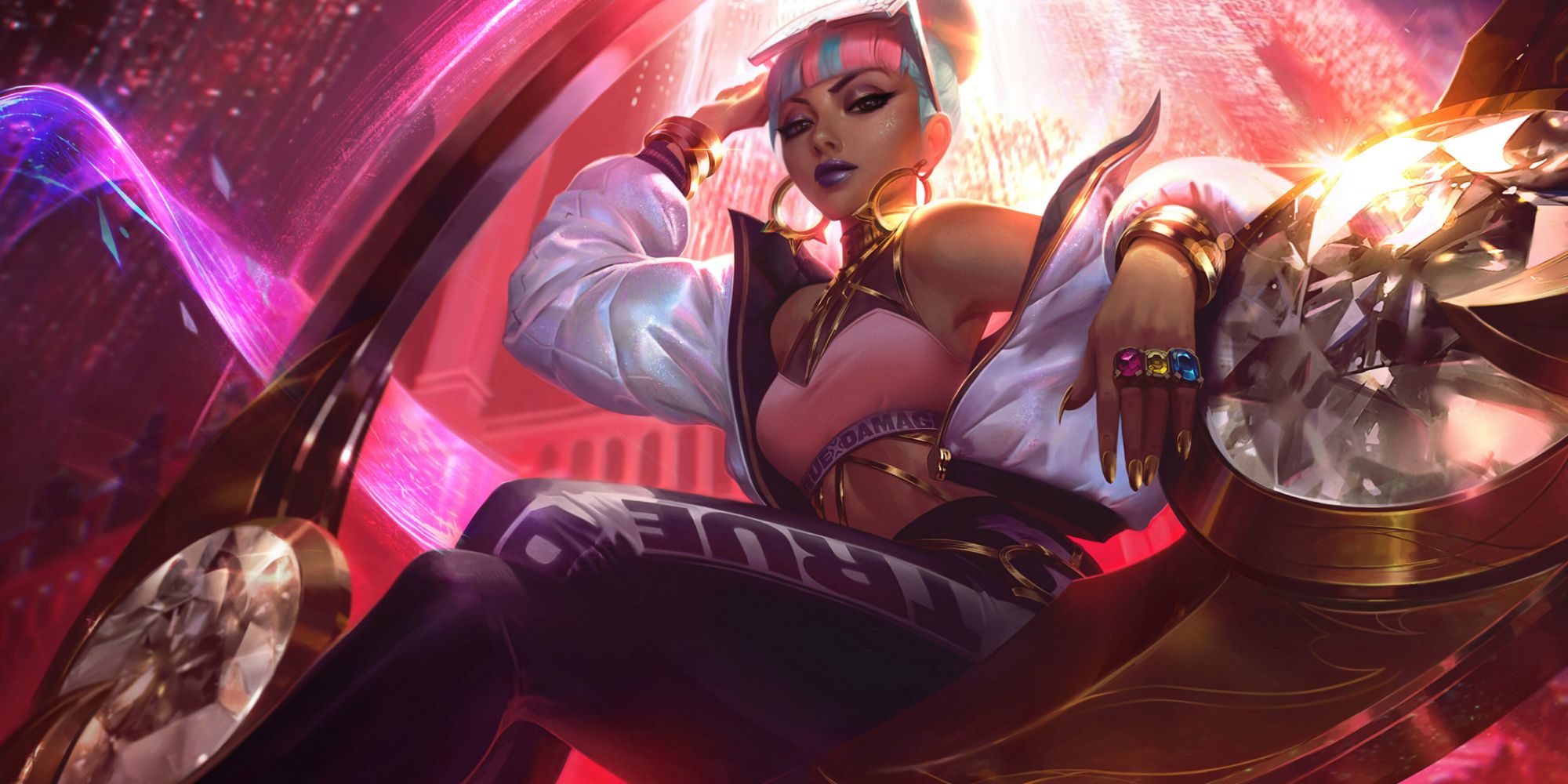 The Empress of the Elements is an assassin that hails from Ixaocan, Ixtal, and wields an Ohmlatl. Qiyana’s Royal Privilege passive allows her to deal additional damage with her basic attacks and basic abilities. With her Terrashape spell, she can pull the magic from brush, the river, and terrain to imbue her blade with different effects.

Edge of Ixtal becomes Elemental Wrath when she picks up an element, giving Qiyana invisibility and movement speed, the ability to slow and root enemies, and deal bonus damage to enemies below half health respectively. When Qiqi really wants to show off, she dashes in with Audacity and performs her ultimate, Supreme Display of Talent, knocking enemies back and stunning them when they collide with terrain as shock waves ripple across the rift.

4 Neeko – Neeko Is On Her Fouth Tail! 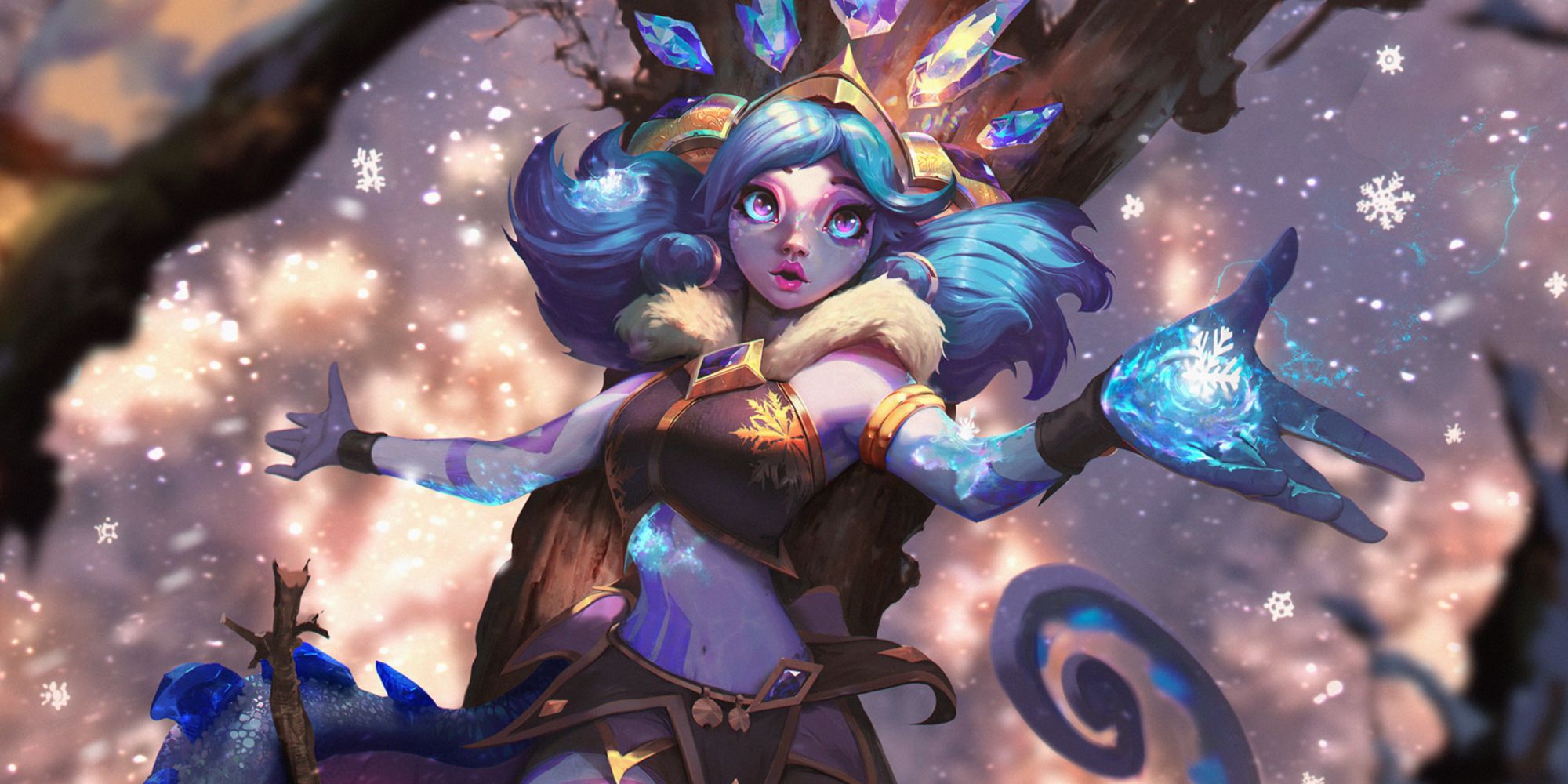 The Curious Chameleon is another burst mage that can dole out CC and deal considerable damage. She can appear as someone else on her team with her Inherent Glamour passive, especially happy to mimic the ladies. A full combo from Neeko can start with her rooting Tangle-Barbs, followed by Blooming Burst for damage, Shapesplitter to gain movement speed and hide the cast animation of her ultimate, Pop Blossom, which stuns enemies caught in its radius.

It’s a little unbelievable how much damage Neeko does, and as such, some play her as a support.

3 Ahri – Come Try Your Luck, If You Think You're In Her League 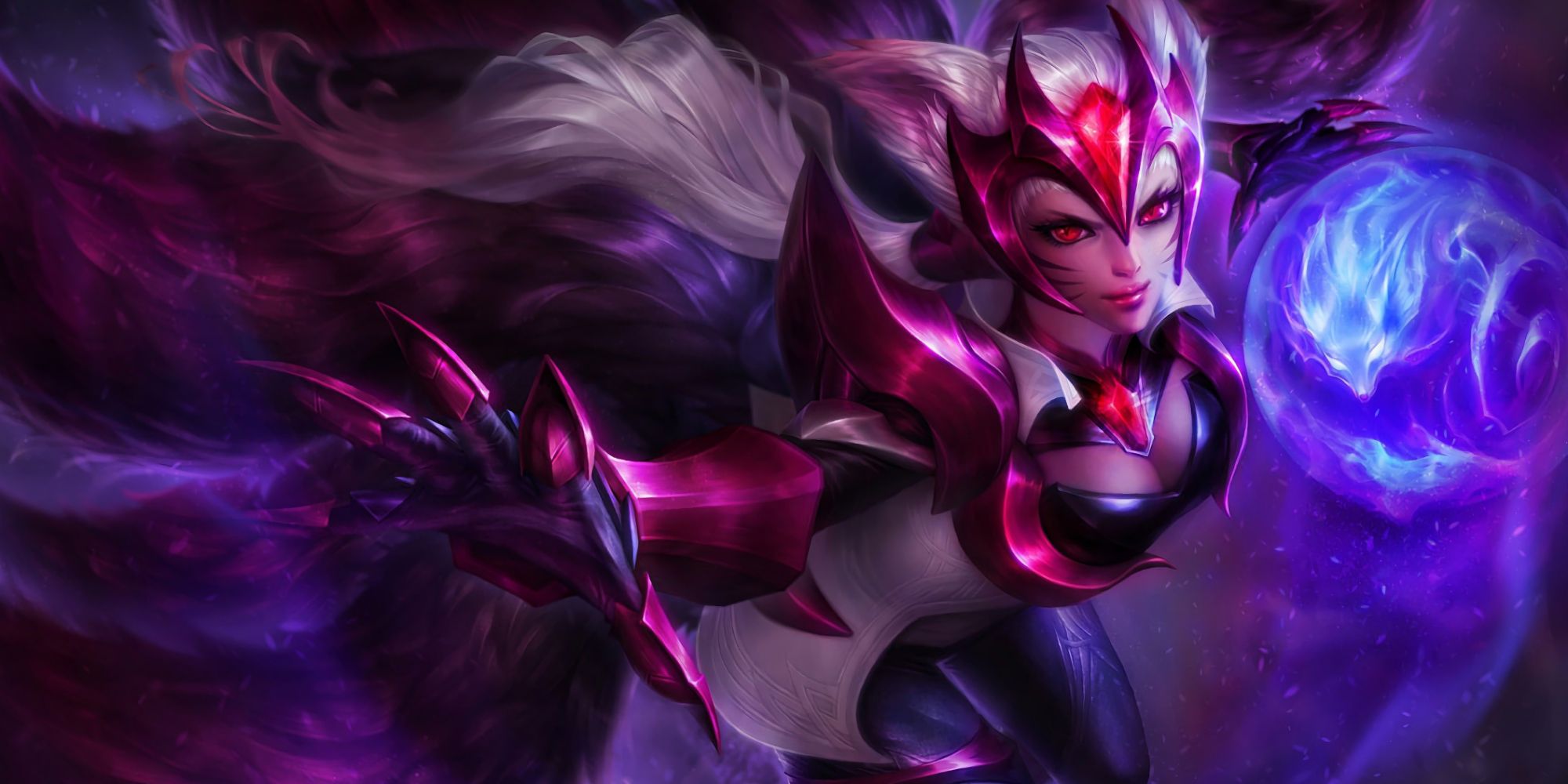 The Nine-Tailed Fox is a burst mage with mobility that can also be played as an assassin. She consumes the essence of champions she scores takedowns on and heals herself with her passive, Essence Theft. A full combo from Ahri might start with her Charm, followed by her Orb of Deception, Fox-Fire, and ultimate, Spirit Rush.

Ahri’s ultimate allows her to dash through walls, close the gap between opponents, and flee. She initially has three dashes, but if she scores takedowns on enemies, she can cast it up to three times more. From K-Pop sensation to guardian of the stars, Ahri does it all. 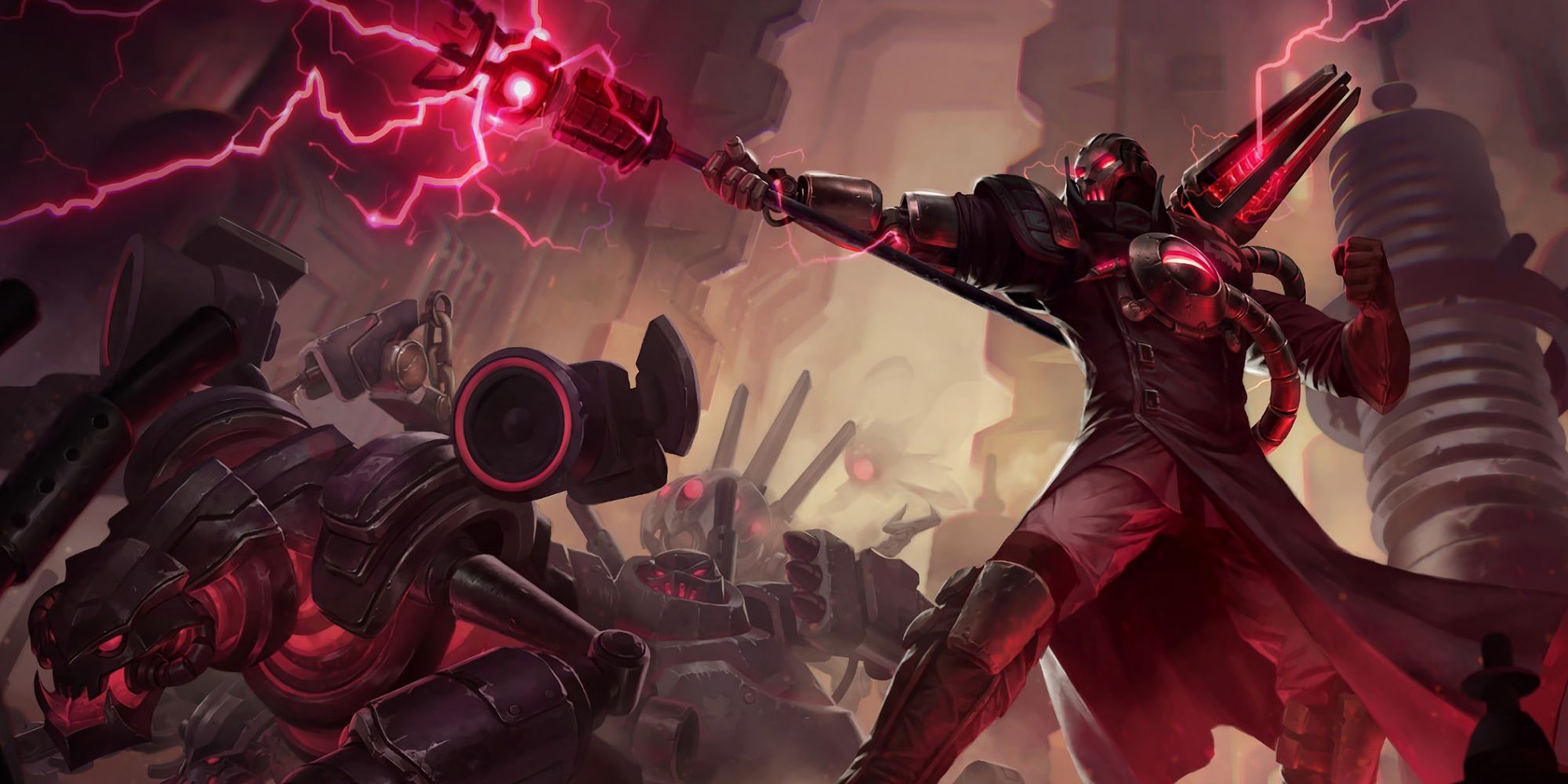 The Machine Herald envisions a Glorious Evolution for humankind and can augment each of his abilities as a result. When he uses Siphon Power, he throws a device at his target and gains a shield and empowered basic attack. His Gravity Field slows enemies and stuns them if they stand on it for too long, giving him the chance to land his Death Ray.

He can then envelop them in his ultimate, Chaos Storm, which follows the nearest champion it damaged, moving faster after it has been augmented.

1 Sylas – Only Sheep Need A Leader 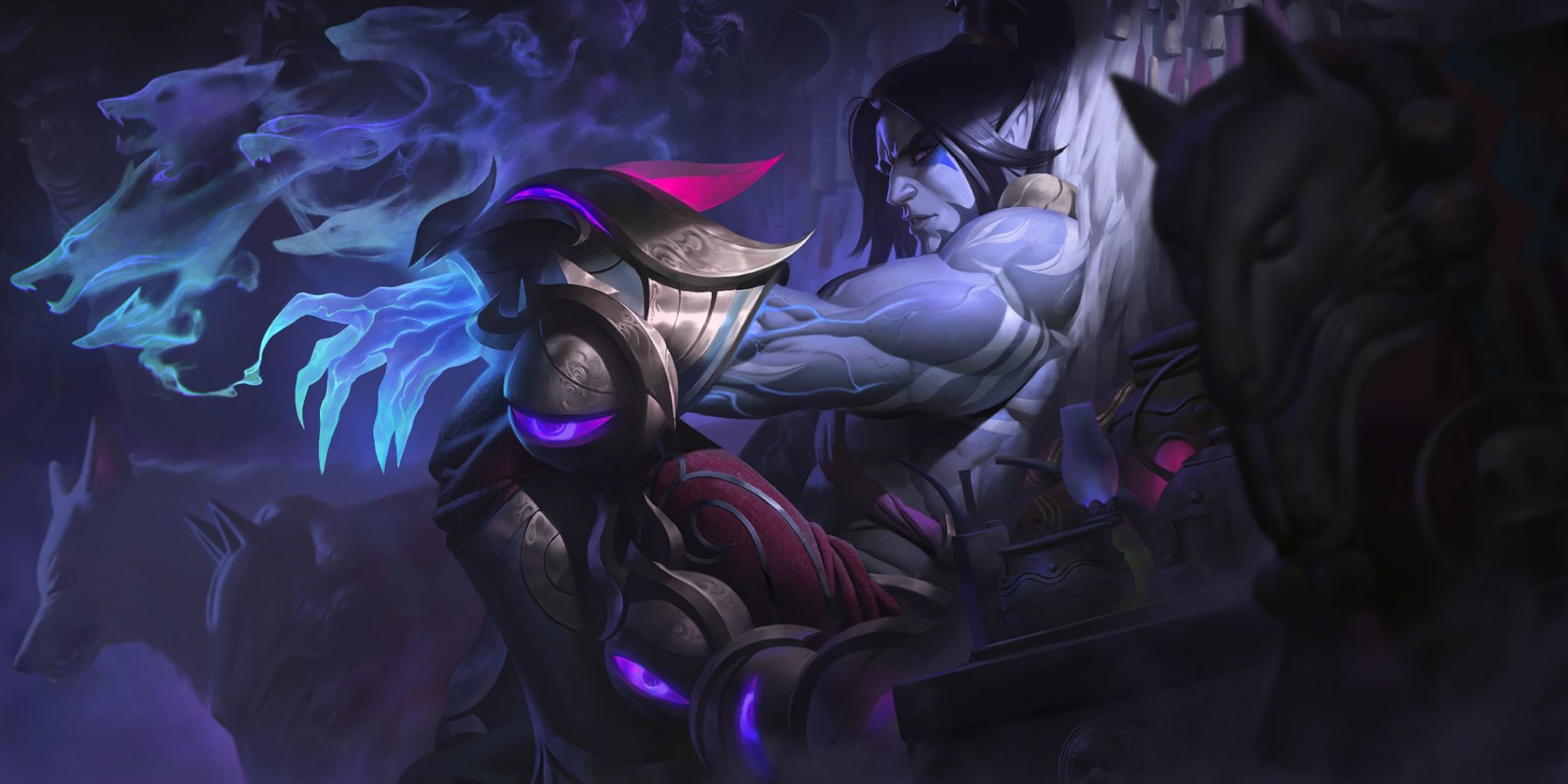 The Unshackled is a burst skirmisher that can be an unstoppable menace with his Petricite Burst passive, especially if he runs Conqueror and Taste of Blood as those runes pair well with his Kingslayer spell. He can dash to you and heal based on his missing health, so always remain vigilant. Because he broke free of his imprisonment, he walks around with his chains like they're trophies and uses them for his Chain Lash spell.

He can dash using Abscond, able to recast it to use his chains to latch onto an opponent, stunning them and knocking them up. His Hijack ultimate allows him to take the ultimate of any enemy champion and use it against them.