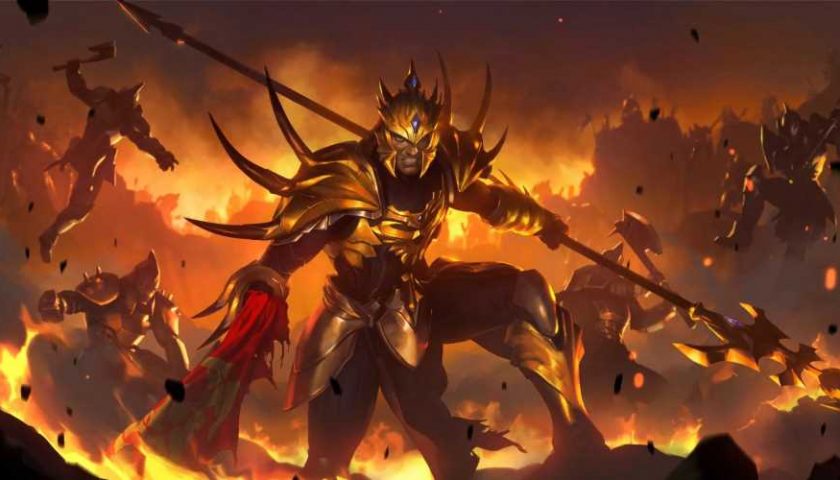 Chan-yong “Ambition” Kang, ex League of Legends pro player and winner of the 2017 World Champions, is having a baby. And he plans to name his son after the character that helped him reach the heights of professional LoL play.

Ambition revealed the good news in a private broadcast earlier this month, according to Korean news site Naver (via GamesRadar). He told fans that the baby is expected in December and that he and his partner have already chosen a name: Jarvan V.

Those same fans will remember how Jarvan IV, the League of Legends Champion, played a pivotal role in Ambition’s 2017 World Champions run. It was even immortalized in the “Rise” music video ahead of the 2018 World Champions tournament. In addition, Ambition was given the choice of which character he wanted to create a new cosmetic for, and naturally, he chose Jarvan IV.

In the lore, Jarvan IV is the heir to the throne of Demacia, the last surviving member of a royal lineage that goes back generations. His upbringing was full of tutelage about the importance of being a good ruler and sacrificing oneself for the good of the people.

Hopefully, Jarvan V will have a lot less pressure in his upbringing. Ambition said that he wants his son to grow up to be a good League of Legends duo partner, and maybe even one day get good enough to challenge his dear old dad.

In other League of Legends news, Riot has just announced a new top-lane champion coming to LoL later this year. K’Sante, the Pride of Nazumah was revealed as part of the 2023 preseason broadcast, and although we know little of his kit, we do at least know part of his story.

K’Sante hails from the oasis city of Nazumah, where he leads his people against the giant monsters that roam the desert. Armed with a hero's weapon and the regenerating hide of a slain beast, K'Sante will have massive burst potential that can "bludgeon the crap out of you."