League of Legends released a cinematic trailer on Thursday that shows off the game’s characters and lore, but the game’s fans realized that there’s one thing missing: the players, who generally all kinda hate each other.

YouTube user Ayce YT decided to remedy that situation with his own edit of the trailer, calling the original trailer “false advertising.” In the altered trailer, Ayce showing just how unhappy real-life players of the game would be at the events on display.

The 34-second re-cut adds in text from chat that perfectly emulates the anger and cut-throat competitiveness that all League of Legends players have dealt with time and time again. Any action that isn’t the seen as the best tactic available is reported to Riot as feeding. Pausing for a moment gets players reported for going AFK. Killing a monster that someone else is fighting gets them mad at you for “stealing” their creep score.

The climax of the re-cut video has one of the game’s characters, Lux, firing a beam of light into the sky as the music swells in epic fashion. The result is other characters screaming at her for using her Ult on the sky, Lux blaming lag, and one player choosing to vote to surrender after such a blunder. 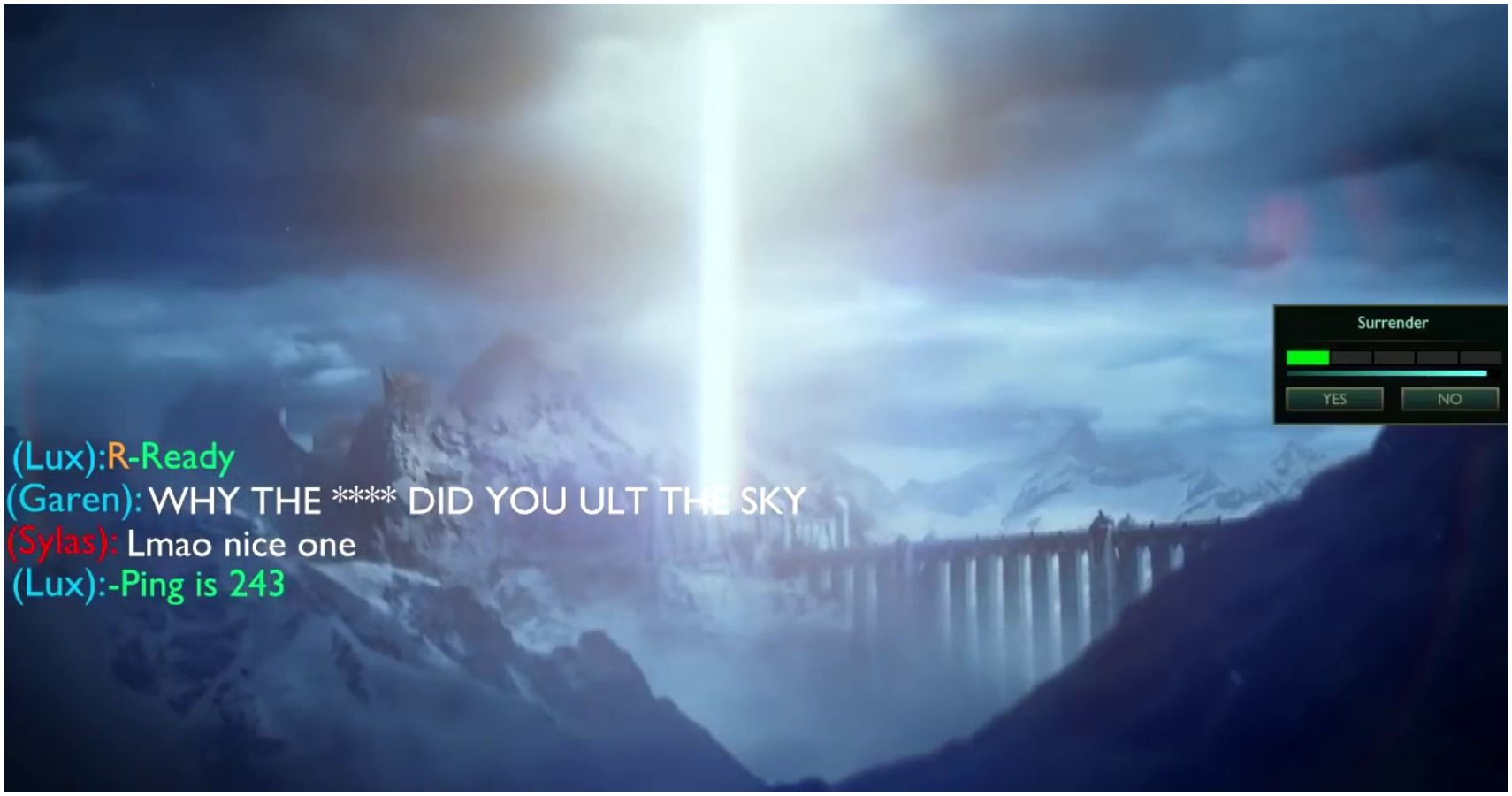 While the video itself may not be technically accurate (LoL lore states that Lux is responsible for summoning the character Galio, which is likely what the trailer is portraying) it does nail down an element of the game that all MOBAs and competitive games have been dealing with for decades: angry, toxic players.

The level of competitiveness and anger is perhaps somewhat understandable in League of Legends, a game where the best players go on to have successful careers competing in esports. A bad team, after all can lower your rankings. But when that level of anger is so widespread that it’s considered a main feature of the game itself, well… let’s just say it makes for a less-than welcoming experience.