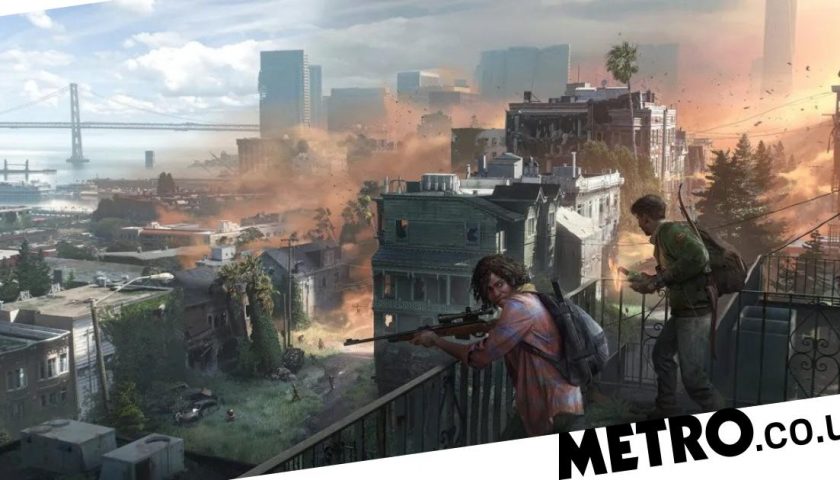 It seems that Naughty Dog’s Last Of Us multiplayer game is one of Sony’s live service games, as a job listing seems to confirm it.

Naughty Dog has shared almost no official information on its The Last Of Us multiplayer spin-off, so far just a single piece of concept art and the promise that it will be just as large as the studio’s single-player games.

While it began life as The Last Of Us Part 2’s multiplayer mode (before Naughty Dog cut it out), many have suspected that it’s being reworked as one of Sony’s many live service titles.

The multiplayer formula is perfect for free-to-play games and though nothing has been confirmed, a recently spotted job listing points to this being the case.

Naughty Dog is currently looking for a live ops producer to work on the studio’s major multiplayer game. It doesn’t specify that it’s for The Last Of Us, but that’s the only multiplayer project known to be in development at Naughty Dog.

What is clear cut is that the role is for a live service title. Under Responsibilities, it says the producer will ‘define the processes, structures, and roles needed to support a multi-faceted games-as-a-service title.’

The ideal candidate will also have experience with ‘supporting a AAA, free-to-play, live title.’

It doesn’t provide any idea on how exactly the free-to-play elements will be implemented, but it’s safe to assume that this listing applies to The Last Of Us. Now all that’s needed is for Naughty Dog to confirm it directly.

The multiplayer game is unlikely to be the only Naughty Dog project in the works at the moment. In fact, a separate job listing for a senior producer has confirmed as much.

It’s not for a role at Naughty Dog, however, but for a new internal PlayStation development team ‘in partnership with PSS Visual Arts.’ If the name doesn’t ring a bill, PSS Visual Arts is a PlayStation subsidiary that works on animations and motion capture, having already contributed to The Last Of Us series.

This team will work on a ‘high visibility project’ in collaboration with Naughty Dog, and it sounds like it’ll be another AAA game since the listing straight up says ‘As the ideal candidate, you will be proficient in all aspects of AAA game production and management.’

There are no hints to the game’s genre or if it’s for a new IP or an already existing franchise. Or even if it’s one of Naughty Dog’s.

Aside from The Last Of Us, Naughty Dog has hinted at a return to the Uncharted series, and a new Uncharted game was reportedly in the works at Days Gone studio Sony Bend before it was canned.

There has been speculation of Naughty Dog working on an original fantasy IP, but that’s just a fan theory spawned from some fantasy themed artwork found in The Last Of Us Part 1.