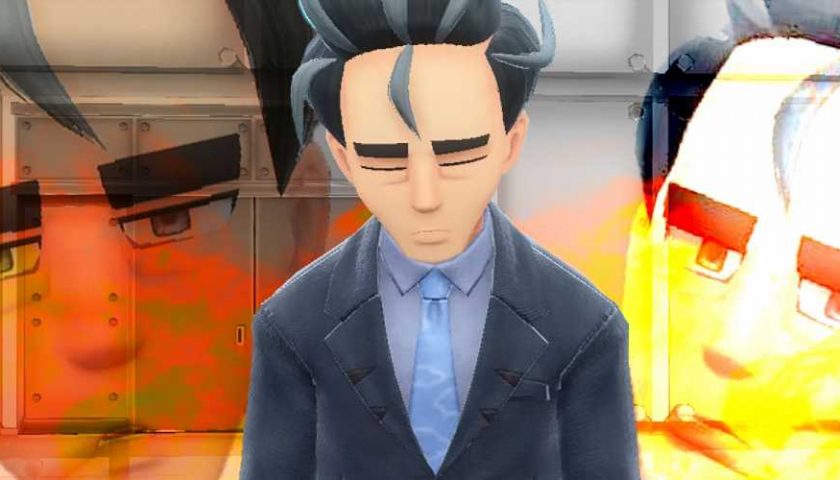 Larry is proving to be a breakout character from Pokemon Scarlet & Violet. The gym leaders are finding it difficult to get a foothold, as the towns are largely empty and soulless. Where usually towns are built around the gym leader and reflect the personality within them, instead we’re left with generic concrete towers in the middle of boring cities that only serve to disrupt the open world adventure. Larry is the one who changes that, making him incredibly popular, but the gym itself is one of Scarlet & Violet’s biggest chores.

First off, there’s actually getting the battle started. Pokemon has gradually moved away from just rocking up at a gym, taking on some grunts, then challenging the leader themselves. Now there’s an extra layer of fuss before you can fight, whether it be finding Sunflora or returning a wallet to the market. But with Larry, the challenge is needlessly long winded and barely makes sense.

Larry takes up residence not in his gym, but in a restaurant. So far, so Larry. He’s a salaryman (perhaps an odd choice for Iberia over the many games based on Japan), and doesn’t want any hassle. He just eats his simple meals and keeps a low profile. In order to challenge him, you also have to order a special menu item, which seems vaguely in line with Larry going to the safe place and ordering the same thing every day. But in order to know this menu item, you must defeat four trainers in town and piece their cryptic clues together. It’s all just a bit much, isn’t it? All to take on a Normal gym? 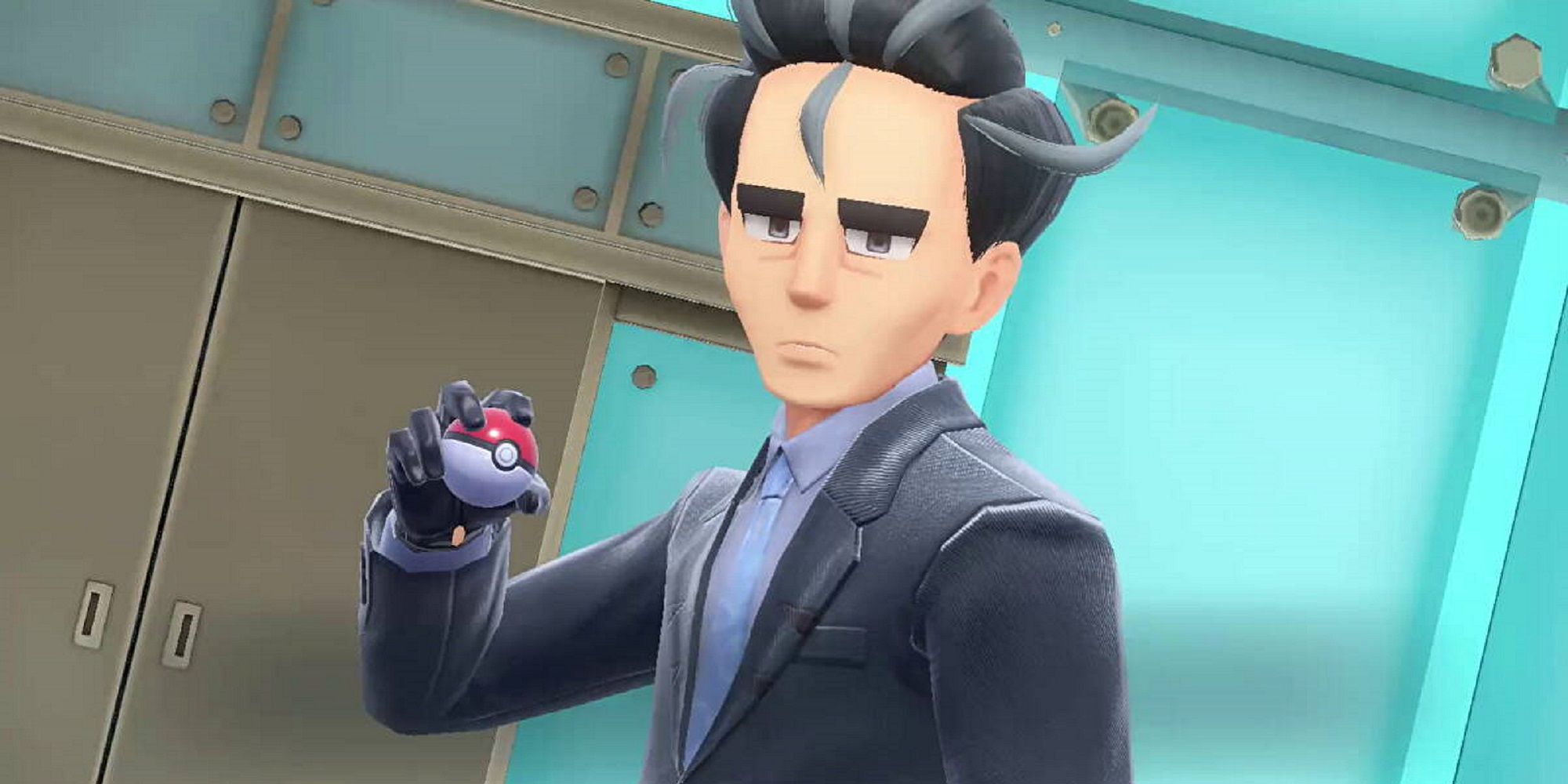 You could argue it’s all deliberate. Larry does not want to battle, so he makes the stupidest challenge possible in order to avoid it. There are several people who want to fight him, but are unable to beat the requisite trainers in order to unlock the right clues. But then that seems like it’s out of character for Larry to spend time concocting such a plan – where would he find the time?

But then, away from the challenge itself, there’s the battle. It starts off all very Larry. First he sends out a sleepy Komala, followed by Dundunsparce. His final Pokemon is Staraptor, which he Terastalises into Normal-type. All very normal behaviour for a Normal gym leader. No fuss, no muss. Except there’s lots of fuss. When Staraptor is sent out, Larry admits he might not win, but he doesn’t seem all that bothered. His fans, however, are very bothered indeed. The chef at the restaurant starts to clap and shout, and suddenly all of the guests line up around the arena and begin to cheer. This animation takes an impossibly long time to play out, and cannot be skipped even on repeated visits to the gym. It takes far too long to begin this gym challenge, and even longer to beat it – all for a guy who wants things done as quickly as possible. 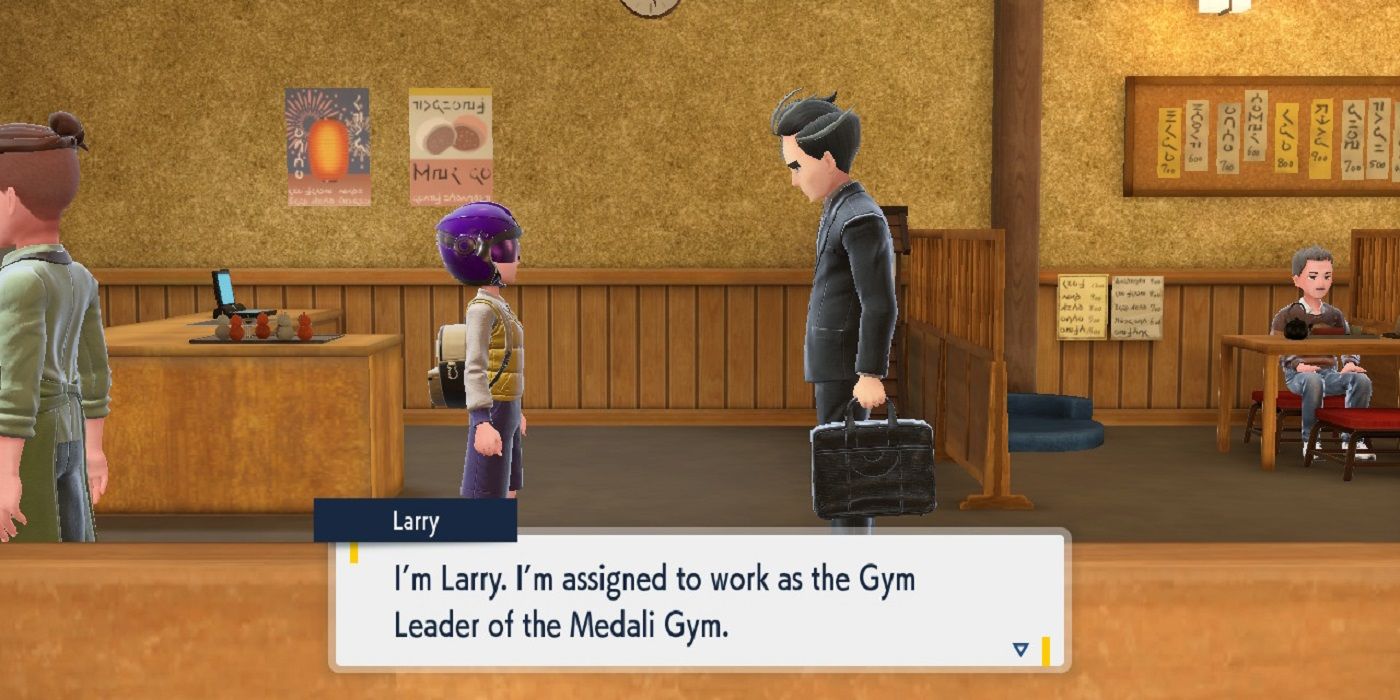 Of course, how you play the game matters too. In most Pokemon playthroughs, I beat each gym first time. Thanks to the double header of playing as a Grass gym leader and having hit Larry’s gym a little early, I had to replay the gym three times over, so I saw the gym more times than usual. But then, shouldn’t Pokemon be accounting for that? While playing as a gym leader is a self-imposed challenge, it’s natural that many players are going to tackle gyms out of ‘order’.

Considering the reason we still have laborious tutorials at the start of each game is because any game can be someone’s first, it’s only logical that a great many players will be unaware of how to steamroller gyms and thus will be forced to play them over. Paldea’s open world only exacerbates things, as you can turn up, like I did, vastly underleveled for a Gym challenge and be forced to try again when you’ve trained a bit harder. In doing so, they’ll have to go through the whole rigmarole of Larry over and over again. 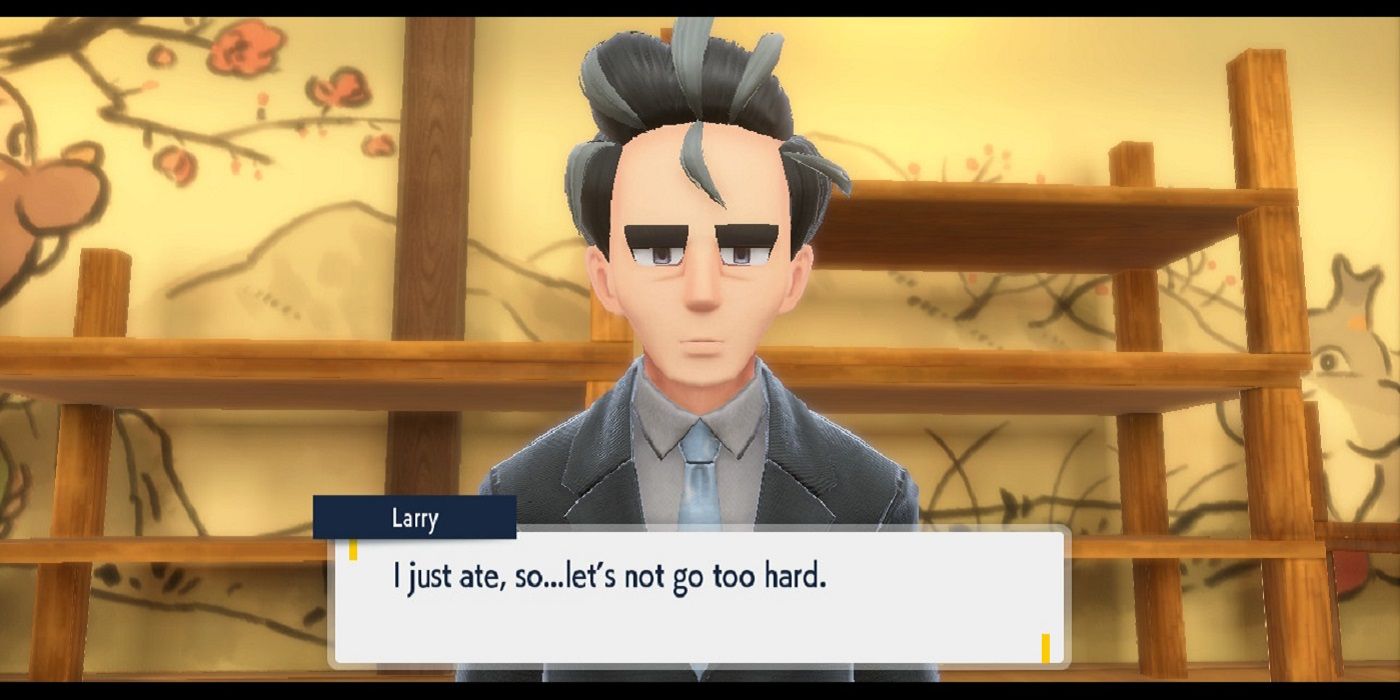 The worst part is Larry himself would never stand for this. Our own Ben Sledge wrote about how relatable Larry is because he hates his job (an article I try not to take personally), and you’d imagine Larry has no time for these escapades over and over again. He wants to take things easy because he just ate, and seems to detest all of the drama around being a gym leader. He should have the least dramatic battle, and the game gives him the longest, most drawn out gym challenge of them all.