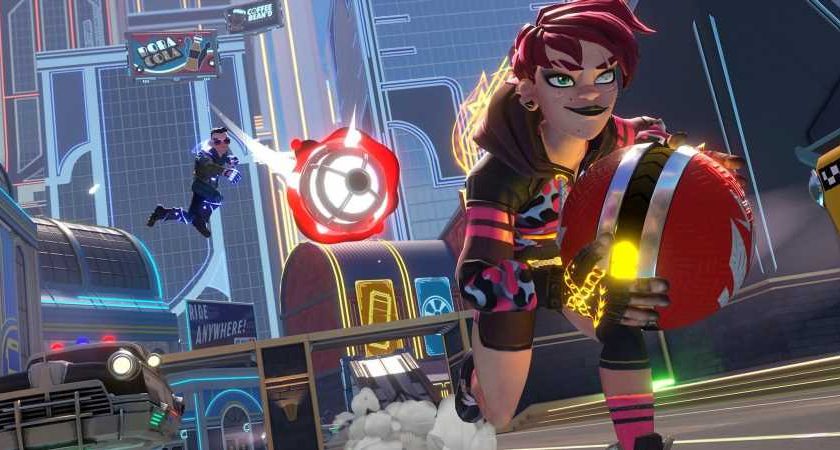 To celebrate summer this year, Knockout City has a brand new event dubbed Heatwave. There are collectibles to discover, rewards to be had, and exclusive gear on offer for the next two weeks.

Until July 5, you can find Ice Pops hidden throughout the games’ maps. Gather enough of these and you can utilize them as currency to unlock limited-time in-game items such as an Ice Cream Truck glider. This is done in the new Heatwave Event Shop.

However, if you go the extra mile and complete every Heatwave contract, you can nab yourself a Legendary Ultimate Hologram, the Fire Hydrant. Meanwhile, there are two new playlists as part of the celebrations that you can dive into. The first began today, while the second comes on June 29.

The first playlist is Party Face-Off. It’s a 1v1 where all special balls are enabled. Other than that, the classic rules are in play, so have at it in this dodgeball duel while, on June 29, you can dive into a 2v2v2 called Triple Team Chaos. The first of the teams to get 150 KOs wins.

Heatwave is a mid-season event set to celebrate summer, but it’s not all that EA has planned. It has stated that there is more to come on the way, both in terms of these little tucked away limited-time events as well as Crew contracts, playlists, and more. The game’s in its teething faze, so it’ll certainly be intriguing to see where it lands come the second season.