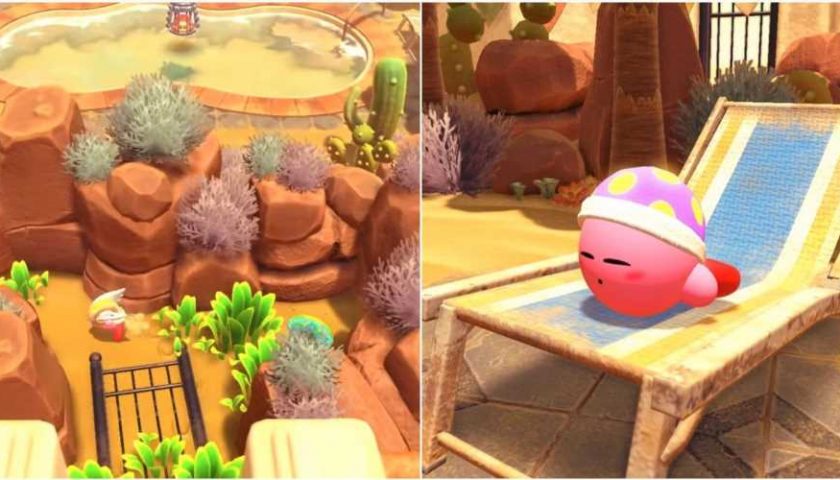 When it comes to Kirby and the Forgotten Land on Nintendo Switch, there are a plethora of goodies to collect and extra content to explore outside the main campaign. Much of this comes in the form of the secondary objectives in each stage. Along with the usual tasks of finding the captured Waddle Dees, stages present a variety of distinct tasks, which run the gamut in terms of difficulty.

One amusing task, found in Originulll Wasteland's "Searching the Oasis," simply requires Kirby to take some respite from his adventures and get a brief nap by the pool. While it may seem quite simple on the surface, this task can be rather cryptic, and fairly easy to miss if you're in a hurry to complete the stage. This guide will highlight the details surrounding this particularly low-key objective, which involves finding a secret area and using the sleep ability.

About The Sleep Ability 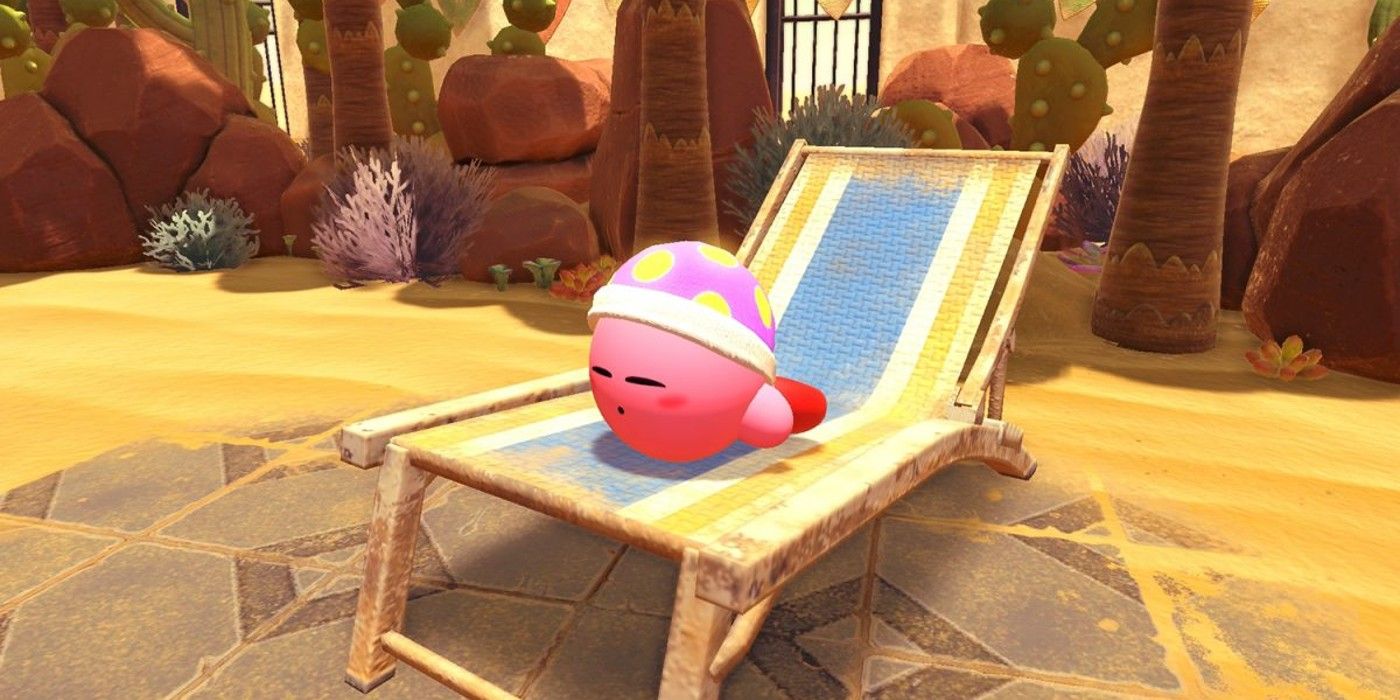 In order to tackle this objective and catch some z's, Kirby will first need to possess the sleep ability. He can achieve this by inhaling the sleeping enemy snoozing by the pool in Searching the Oasis. Though this move can also be obtained in:

When equipped with this ability, you'll be able to walk around with Kirby for a bit, before he gets drowsier and slower, quickly leading to him falling asleep. Keep in mind that Kirby will be vulnerable while he sleeps, so be sure to perform this at a safe distance from foes. This move triggers automatically when consumed, and is a one-time use per enemy.

The sleep ability seems rather pointless at first glance, but it does actually serve a function. As he snoozes for several seconds, his health will gradually be restored until he reaches half of a full health bar.

You can take advantage of the evolved form of the sleep ability, known as Deep Sleep. Using this will show Kirby snoozing in bed for ten seconds. While this occurs, he gets fully healed in addition to gaining a random temporary boost—attack, speed, or twice the HP for 200 seconds.

The evolution requirement to unlock Deep Sleep is as follows: 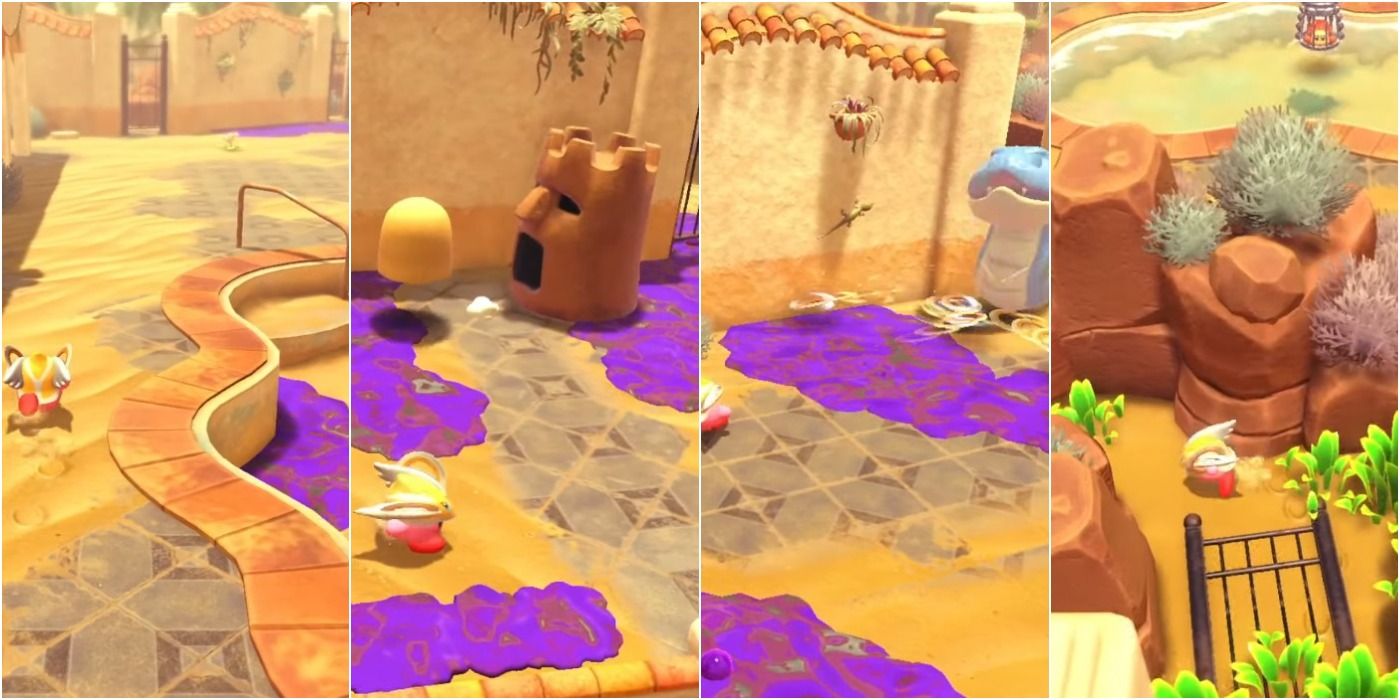 First, enter Searching the Oasis in Originull Wasteland (the second main stage in the world). You'll notice a fenced-in area in the distance right straight away. Make your way to the right, going around the wall, and take out the second snake looking on from the wall. The snake that should be targeted is surrounded by purple poison.

You can also defeat the first snake that resides along this path. Doing so will give you access to a figure in a Gotcha Machine capsule behind it.

Once this second snake is slain, continue through the narrow grassy pathway into this walled-off area, which houses the pool in question. Simply evade the spiked enemy hovering about, and you're in the clear. You'll notice various goodies to collect, including a Waddle Dee hovering over the pool, and an enemy sleeping on a beach chair. 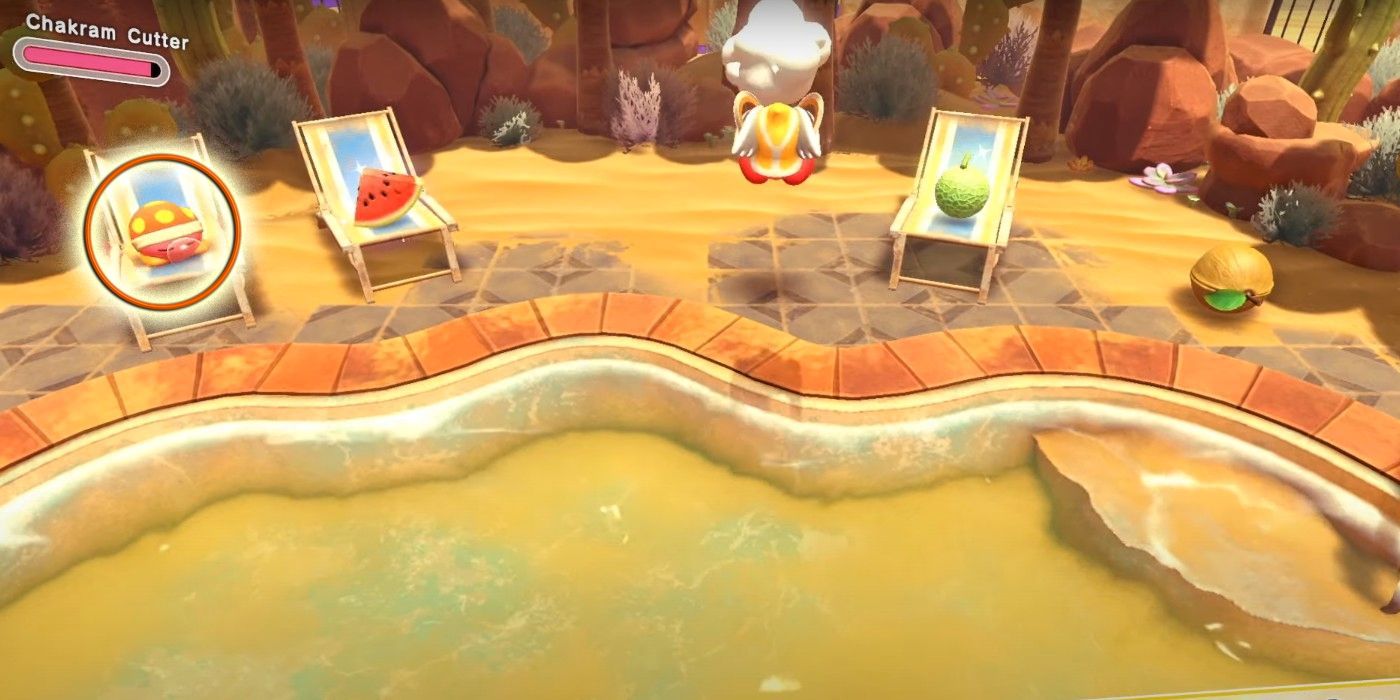 Once everything is cleared out, consume the sleeping enemy on the beach chair, and Kirby will begin falling asleep. 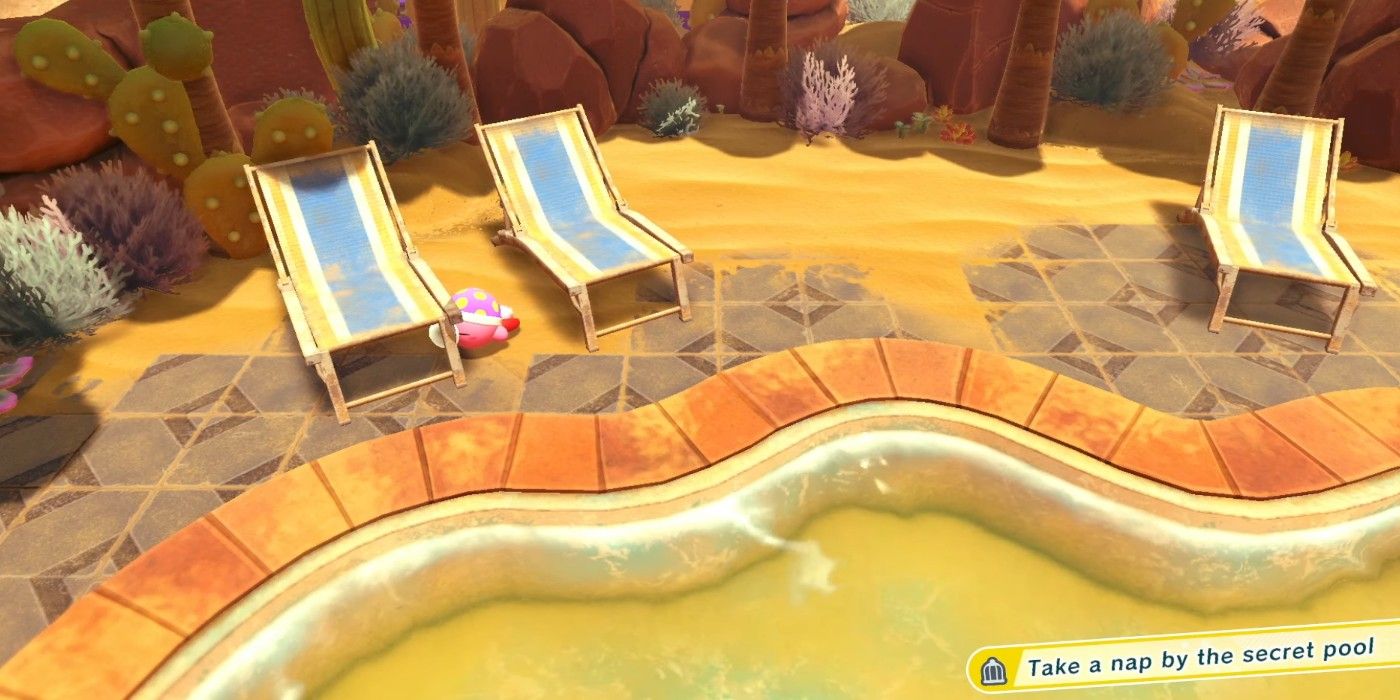 You'll get the notification that the task is complete once he's completely fallen asleep by the pool. That's all there is to it!

This will only need to be done one time to complete the objective, though it's also a useful way to recover Kirby's health if it's gotten low.

Other Objectives In "Searching The Oasis" 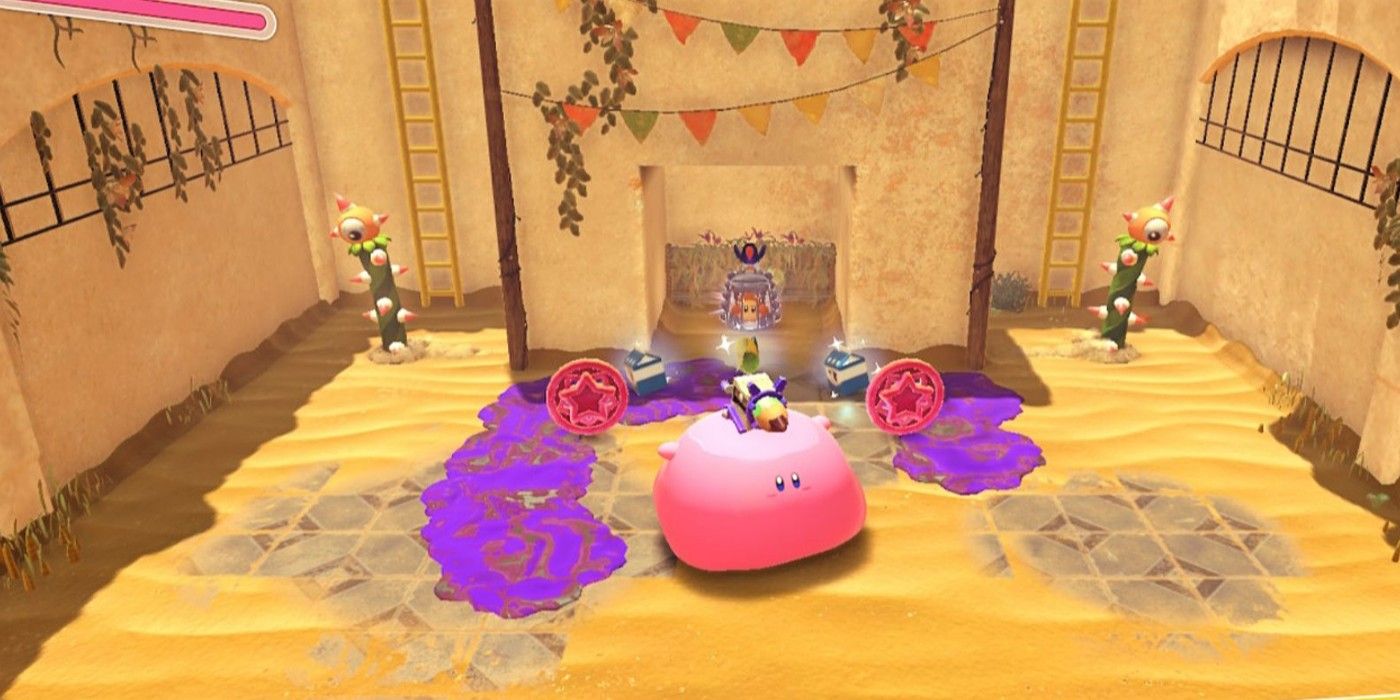 This is a good objective to go for, as it's not only simple, but the stage is relatively easy when it comes to 100 percent completion. Here is the list of other missions that will need to be completed to achieve this: